What is Metronidazole for Dogs? - Dosage, Uses and Side Effects

Metronidazole is a drug that is used frequently in human medicine, so much so that it is on the WHO Model List of Essential Medicines (EML). Metronidazole for dogs is also gaining in popularity in veterinary medicine as a drug which can have varied uses. The drug can come in various forms including pills, tablets, liquid suspension, injection and a topical cream. Which type will be prescribed by the veterinarian will depend on the medical issue it is being used to treat.

In this AnimalWised article on what is metronidazole for dogs?, we look at the dosage, usage and side effects of the drug. As this is a medicine used by both humans and canines, we must stress that you should only give it to your dog when prescribed. Never administer it on your own.

You may also be interested in: Phenobarbital For Dogs - Uses, Dosage, Uses and Side Effects
Contents

What is metronidazole for dogs?

Metronidazole is both an antibiotic and an antiprotozoal. Antibiotics are drugs which fight bacterial infections, something prescribed for a wide range of ailments and diseases. Metronidazole is a type of antibiotic used to treat anaerobic bacterial infections, i.e. those which do not require oxygen to grow. A minority of antibiotic drugs are also antiprotozoal. This means they are drugs which affect parasitical infestations, attacking the protozoa which may inhabit the digestive tract such as Giardias. Metronidazole also has anti-inflammatory effects on the intestine. It is commonly sold under the brand name Flagyl.

Uses of metronidazole for dogs

The uses of metronidazole for dogs are usually related to infections in the digestive system, but they are also prescribed for issues with the urogenital system, mouth, throat or some skin lesions. Perhaps most commonly, metronidazole is administered to dogs with diarrhea caused by inflammation of the bowels. Not all diarrhea will be resolved by using this medication which is why a veterinarian will first need to examine the dog.

One cause of diarrhea in dogs is parasites, but metronidazole is not routinely used to deworm dogs (i.e. to remove the parasitical infestation). Rather, this drug is used when Giardia parasites are found in the dog's stool or if there is another reason their presence is suspected. These types of parasite are more frequent in younger animals. As a fairly safe drug, the veterinarian may prescribe metronidazole for puppies.

Another reason a dog may have diarrhea is a chronric disease known as inflammatory bowel disease. There are different causes of IBS, but they all result in inflammation of the colon. Occasionally, a veterinarian will prescribe metronidazole, but usually in combination with other drugs.

Administration of metronidazole for dogs

As we state above, metronidazole for dogs can be administered in various preparations. These are used to vary the dose and to affect the treatment in different ways. Preparations of metronidazole include:

The oral preparations of metronidazole may have additives to combat the bitter taste and make them more palatable for administration. The tablet form is the kind most commonly given to adult dogs, usually broken in smaller pieces for appropriate dosage. Metronidazole syrup or liquid suspension is usually given to puppies or smaller dogs, for the same reason. At home we may be prescribed both preparations.

In a clinical setting, the veterinarian may opt for injectable metronidazole. This is usually the case for dogs with more intensive care needs or in emergencies as it does not require the dog to be conscious. Administering metronidazole intravenously is also has a faster action than oral preparations, which may be important in emergency cases.

Dosage of metronidazole for dogs

The recommended dose of metronidazole for oral administration in dogs is 50 mg per day per kg of body weight. As this drug is used to fight infection and infestation, it will usually be prescribed for a minimum of 5-7 days. Metronidazole usually comes in 250 mg or 500 mg tablets, so we need to adjust accordingly. How this is done will be determined by the veterinarian. They will prescribe the drug and inform you of how much and how often it should be administered.

As it is an antibiotic, it is imperative the full course is administered. Even if the dog appears to be much healthier and symptoms seem to have abated, it does not mean the infection or infestation has been cleared. The goal of prescribing this drug is complete recovery and stopping a course of treatment short seriously endangers this goal. It can also encourage bacterial resistance which will make the problem less treatable in the future.

Side effects of metronidazole for dogs

Metronidazole is a drug which does not usually come with side effects, so adverse reactions are uncommon. If side effects do appear, the most common type will be gastrointestinal issues such as vomiting or loss of appetite. Lethargy, weakness, neurological disorders and liver problems are possible, but less likely.

Symptoms may also appear if the dog consumes an inappropriate dose. This can lead to intoxication, something which is also a risk with prolonged treatment with metronidazole. This is another reason it is vital to follow the veterinarian's instructions when administering the drug. In the case of intoxication, symptoms may inlcude:

At any sign of the symptoms mentioned above, urgent veterinary consultation will be required. It is not recommended we give metronidazole to dogs with liver problems as this can exacerbate them. Similarly pregnant or lactating female dogs should not be given metronidazole. Only the veterinarian can prescribe the drug to best ensure their wellness.

Price of metronidazole for dogs

The price of metronidazole will depend on the commercial product they prescribe as well as the country or region in which you live. The actual cost of manufacture is between 0.01 and 0.10 USD, although the mark up price can be much more expensive.

In general, drugs for human use, such as Flagyl, will be cheaper than veterinary drugs, such as Metrobactin. Whether the veterinarian prescribes one or the other will depend on the legislation of each country. Most commonly, they can only prescribe veterinary drugs.

Is metronidazole approved by the FDA?

Metronidazole is on the WHO list of essential medicines for humans and is approved by the Food and Drug Administration (FDA) for their consumption. However, it is not recommended by the FDA for veterinary use. The issue is that there have been some trials on mice and rats which have links to cancer. However, there are insufficient studies to prove this in canines. Veterinarians generally believe metronidazole is suitable for treatment of anaerobic infection, while the FDA suggests it should only be used when necessary.

If you want to read similar articles to What is Metronidazole for Dogs? - Dosage, Uses and Side Effects, we recommend you visit our Medicine category.

What is Metronidazole for Dogs? - Dosage, Uses and Side Effects 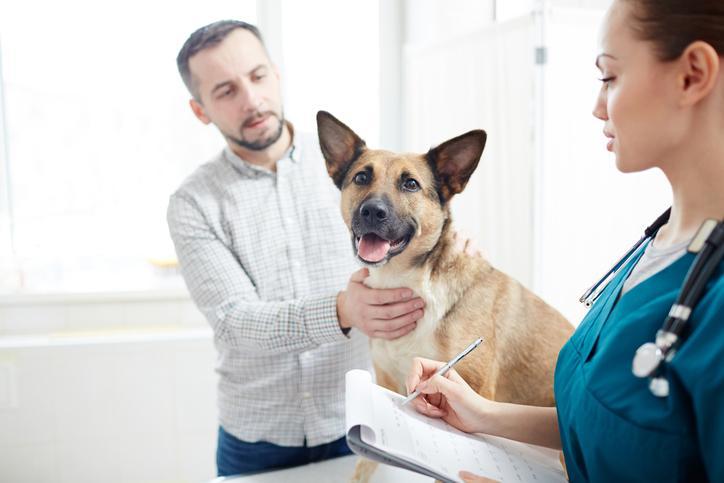 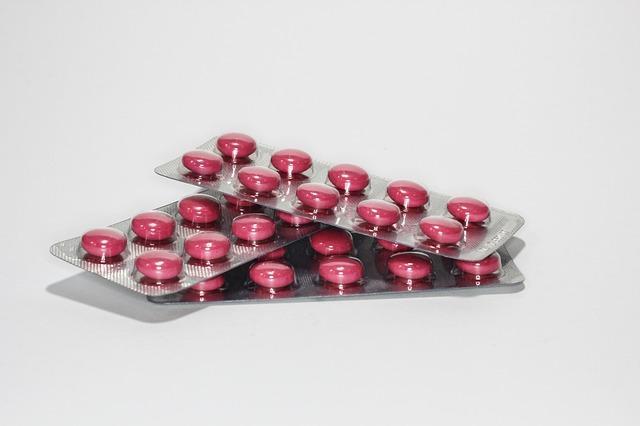 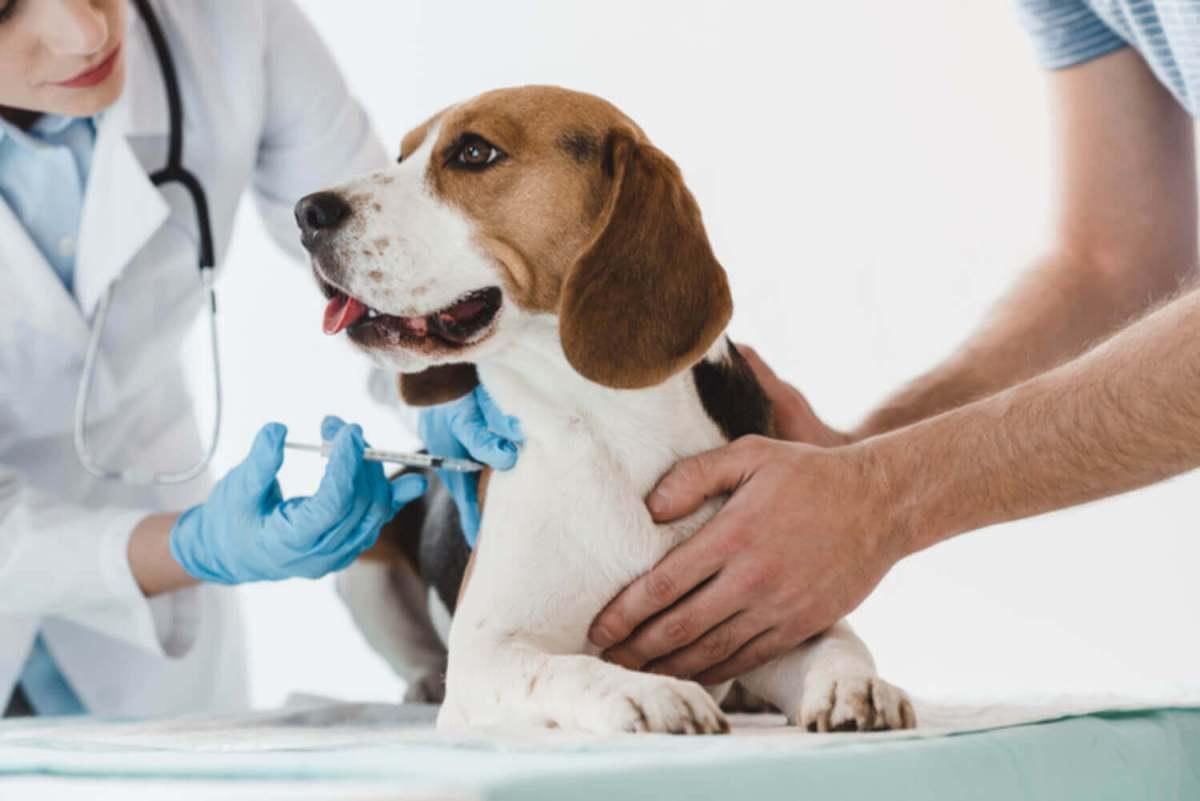 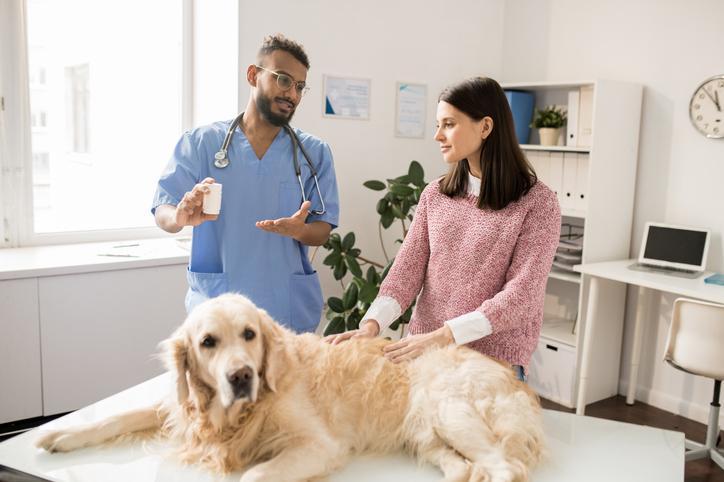 1 of 4
What is Metronidazole for Dogs? - Dosage, Uses and Side Effects
Back to top