When is a Cat an Adult and When do They Stop Growing?

There is no doubt over the adorability of kittens. While they will eventually turn into a cute adult cat, it can seem their kitten stage passes by in moments. Cats go through various stages in their development process, evolving as much in physical appearance as maturity and temperament. Each stage is unique, but when is a cat an adult? And when do they stop growing and develop completely? AnimalWised delves into the different stages of a kitten's development into adulthood so we can know how to care for them more appropriately as they grow.

You may also be interested in: Do Cats Come Back When They Run Away?
Contents

At what age do cats stop growing?

Kittens need to proceed through various stages before they become adult cats. There is some debate among zoologists (animal biologists) over the exact criteria of when they stages begin and end. Despite this ongoing discussion, we can differentiate between the 5 fundamental stages of growth in cats:

After reviewing the different stages of early feline development, we can see that a cat is physically considered and adult after about 1 year of age. It is not until around 3 years of age that the cat's character and temperament become more stable and balanced. While there are other factors which will influence a cat's adult character (such as genetics or traumatic experiences), healthy experiences during these developmental stages should result in a healthy adult character. Bad experiences can lead to the contrary. One important example is removing a kitten from their mother and siblings before they are properly weaned and socialized.

When do cats stop growing according to breed type?

Although the growth of cats is similar for all domestic cat breeds, there are some variances when we compare them. This mainly has to do with the size of a particular cat breed as larger cats tend to take a little more time to develop into adult cats.

On the other hand, smaller sized cat breeds may reach their full adult size earlier and medium to large cats a little later. This is why smaller cat breeds such as the Persian or Siamese cat usually reach full growth around the 1 year mark and cats like the European Shorthair may take closer to 2 years to reach full development.

At what age do cats stop playing?

It is more common for kittens to be more active and playful than adults. This will, to a large extent, depend on the particular character of each cat. While every cat is an individual, certain breed types are more prone to hyperactivity than others.

In general terms, cats are more likely to spend the majority of their time playing non-stop from around 1.5 to 2 months of age. The greatest period of activity generally occurs at around 6 to 7 months of age. During this time they may be more boisterous and may even be considered hyperactive. However, they will want to play extensively until about a year of life.

Although play behavior may reach its zenith earlier on, this doesn't mean a cat won't want top play throughout their lives. This is why it is so important to state that a cat will want to play more or less according to the individual. Some breeds are known to play more than others, but this mean there aren't many exceptions. The most important thing is to keep them physically and mentally engaged. This means we need to offer them certain toys, intelligence games, scratching posts and much more to keep them happy and healthy. For more details, you can take a look at our article on 10 games to entertain my cat.

Cat weight chart according to age

Although a cat's weight will depend on their breed, diet and other factors, we can establish what are the average weights of cats according to the age of the feline. Always, if we are in any doubt over the weight of our cat, we need to consider its overall state of health. A cat which is over the average weight of a cat runs the risk of obesity. Felines which are severely underweight may be afflicted with one of numerous pathologies. When unsure about our cat's health, we will need to take them to the veterinarian to confirm diagnosis.

When do cats reach sexual maturity?

When a female reaches sexual maturity, they will eventually enter their estrus cycle (also known as the heat period). This means they can grow very frustrated until they are able to mate. However, mating will likely lead to unwanted pregnancy. Sexually mature males can also grow more aggressive and display problematic behavior such as spraying after they reach sexual maturity. For this reason and others, veterinarians recommend sterilizing your cats. 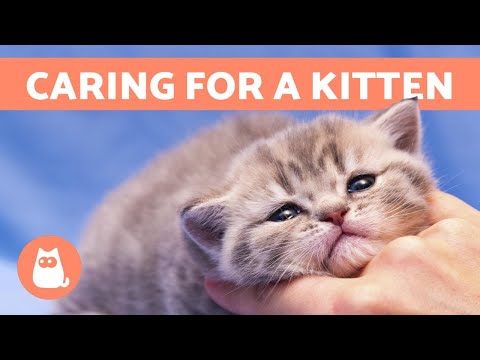 If you want to read similar articles to When is a Cat an Adult and When do They Stop Growing?, we recommend you visit our Facts about the animal kingdom category.

Do Cats Miss Their Owners When They Are Away?
When Do Puppies Start Barking?
Why Does My Cat Meow When They See Me?
When Do Dogs Lose Their Baby Teeth?
Related categories
Endangered animals
Most read
1.
What Animal am I According to my Zodiac Sign?
2.
10 Most Beautiful Animals in the World
3.
What Does It Mean When a Cat Shows Up at My Door
4.
The 10 Most Solitary Animals in the World
5.
Top 10 Smells Dogs Hate
6.
How Many Types of Lions Are There?
7.
Why do Dogs Get Stuck when Mating?
8.
My Female Dog In Heat Won’t Accept A Male - Causes
How and When Do Bears Hibernate?
Cat Hunting Behavior - When and How Cats Hunt
Why Does My Cat Meow When I Pet It?
When A Pet Dies: What To Say
My Cat Cries When I Leave
When Do Puppies Open Their Eyes Fully?
Why is My Dog So Excited When I Get Home?
When Do Dogs Start Lifting Their Legs to Pee?

When is a Cat an Adult and When do They Stop Growing? 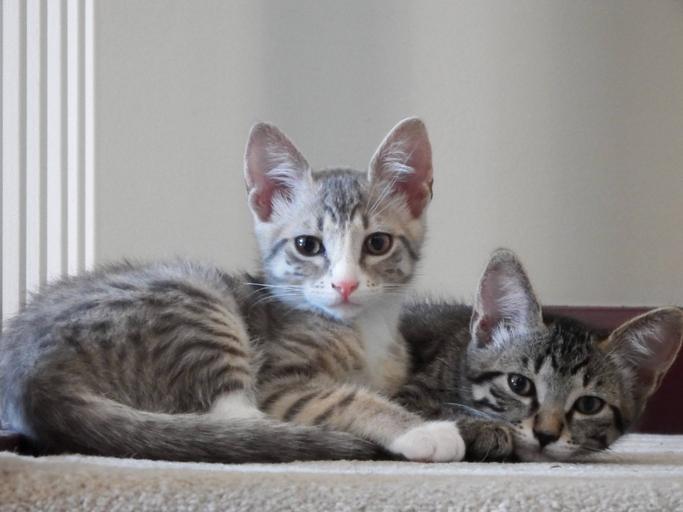 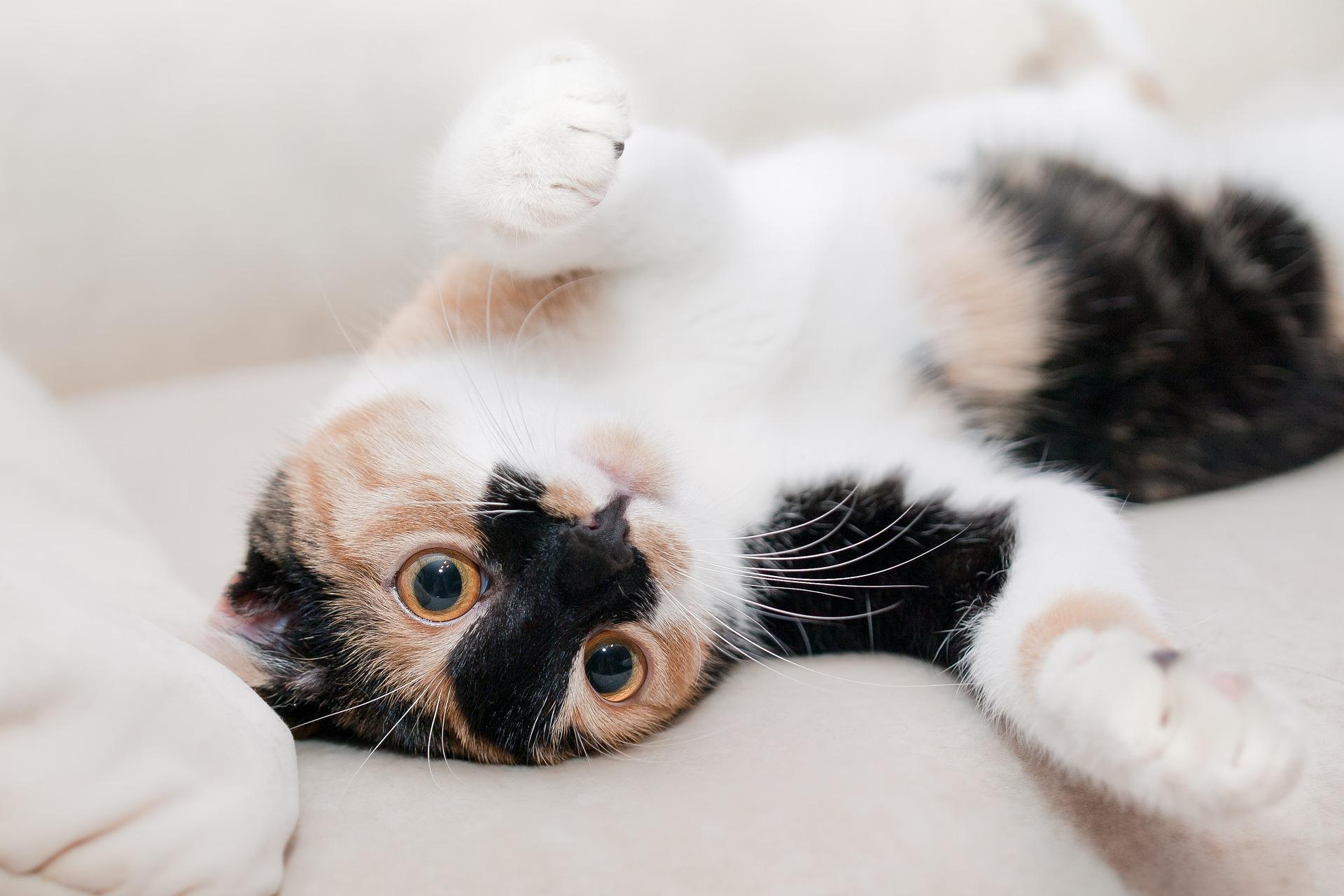 1 of 3
When is a Cat an Adult and When do They Stop Growing?
Back to top