Why are Giraffes a Vulnerable Species?

Due to habitat loss and poaching, the number of giraffes is dwindling rapidly. This "silent extinction" as experts call it, has been happening unnoticed for too long. The "gentle giants," as Sir David Attenborough calls them, have been placed on the Red List of vulnerable species.

Conservationists have found less than 100,000 giraffes are now left in their natural habitat. The population of giraffes worldwide has plummeted by as much as 40% in the past 30 years. Previously classed as “of least concern,” the IUCN now lists them as “vulnerable to extinction.”

Overall, giraffes have declined in numbers because of habitat loss, illegal hunting, and poaching. Stay with us at AnimalWised to learn more about why are giraffes a vulnerable species and what got us to this worrying situation.

How many giraffes are left in the wild?

One of the factors scientists look at to see whether giraffes are a vulnerable species is the population numbers. The updated Red List of 2016 compiled by the International Union for the Conservation of Nature warns of how the scale of global extinction crisis may be higher than previously envisioned.

Giraffes were once widely found in Southern and Eastern Africa. A smaller sub-population was also living in Western and Central Africa. However, numbers have fallen from 151,702 - 163,452 animals in 1985 to only 97,562 in 2015, according to the IUCN. There are many reasons why the giraffe population has decreased, and one of them is our growing human population and its hugely negative impact.

What does vulnerable mean?

When we say that "giraffes are a vulnerable species" we are referring to officially vulnerable status. This conservation rank means the animal is facing extinction in the wild in the coming future if efforts are not made to minimize threats to either habitat or life.

The next statuses for the giraffe could be endangered, critically endangered, extinct in the wild and extinct if the situation does not improve. Giraffes are commonly seen on safaris and in zoos, which makes most of the population unaware of their real danger, but conservationists caution that the majestic animal is on the path to extinction.

With the decline of 40 percent in the past three decades, giraffes are under threat in East, West and Central Africa.

Sticking out the neck for the world's tallest animal?

Giraffes face two major threats which have led to their being declared vulnerable animals – encroachment of urban areas and poaching.

Poaching, in fact, has become a critical problem. From being slaughtered for meat to murdered for their tails, the giraffe is rapidly vanishing from Africa. The tail of the giraffe is considered a status symbol in some places of Africa, where it is used as a dowry for asking for a bride's hand in marriage.

Giraffes are classified into nine subspecies, five of which are falling in numbers, while two are on the rise and one is stable.

The population of West African giraffes has grown from 50 to 400 today due to efforts of the Niger government and various conservation groups. It will require a herculean effort to protect the giraffe.

The most massive problem for giraffes is that lack of attention over the years has caused the situation to become difficult to understand.

Populations in the wild of less than 400 means the giraffe is more endangered than even the gorilla or any other massive mammal in the world. There is a tendency to assume that just because giraffes are visible in zoos, they are not on the verge of extinction or vulnerable in any way.

Giraffes have been going extinct across Africa over the past century. Giraffes have disappeared from as many as 7 countries:

Evolutionary biologist Axel Janke has even estimated that 400 scientific papers have been written about giraffes versus 20,000 papers on white rhinos.

How much has the giraffe population fallen?

These long-necked creatures called “charismatic megafauna” for their worldwide popularity have been accorded the vulnerable status along with the cheetah, leatherback, sea turtle, and other rare species.

Giraffes are a quarter of the elephant population, but both are classed as vulnerable. It's not just about population numbers, but about their rapid and sudden fall. The tallest land mammal, the giraffe, has declined over three generations by anywhere between 36 and 40 percent, according to the IUCN specialist group for this species.

How do humans impact the giraffe population?

Of course, humans and the growing pressure of our population accounts for many of the reasons why giraffes are a vulnerable species. A June 2015 study on giraffes in the Serengeti found that diet took a hit after invasive species of trees of unpalatable nature grew in place of the staple acacia trees of the area.

In areas like Southern Sudan, the areas have been disturbed by war and civil unrest causing a fall in the Nubian giraffe's population by as much as 95%. Habitat loss and fragmentation arising from an increase in agriculture are other reasons.

In Tanzania, researcher Zoe Muller documented how giraffe bone marrow and brains are mistakenly believed to cure HIV-AIDS, leading to its dwindling numbers. In rural communities, meat is a source of income as much as food and killing a giraffe requires less effort and yields many benefits.

The skin of giraffes is thick to make items of clothing, shoes, accessories and drum covers. Giraffe hair has been used for making jewelry. Despite recent measures to conserve the giraffe, these various factors have contributed to the decline of this slender-necked mammal.

These are the main reasons behind why is the giraffe a vulnerable species as of 2016. As animal lovers, we must do our best to avoid giraffe products, help conservation efforts and pressure governments to intervene to prevent poaching and habitat loss.

Are you interested in wildlife conservation and the different endangered species in the world? We recommend the following articles:

If you want to read similar articles to Why are Giraffes a Vulnerable Species?, we recommend you visit our Endangered animals category.

Why is the South Asian River Dolphin Endangered?
Why is the House Sparrow Population Decreasing?
Vulnerable Native Dog Breeds in the UK
Why are Kiwis Endangered? - Facts and Figures
Related categories
Facts about the animal kingdom
Most read
1.
What Animal am I According to my Zodiac Sign?
2.
What Does It Mean When a Cat Shows Up at My Door
3.
10 Most Beautiful Animals in the World
4.
Animals With Scales - Full List
5.
Why do Dogs Get Stuck when Mating?
6.
Can Cats Absorb Negative Energy?
7.
The 10 Most Solitary Animals in the World
8.
Differences Between Deer, Elk, Moose and Reindeer
Why is the Wild Water Buffalo Endangered?
Why are Bengal Tigers Endangered?
Are Spider Monkeys Endangered?
Why Are Snow Leopards Endangered?
Critically Endangered Monkey Species
Are Lemurs in Danger of Extinction?
Most Endangered Species in North America
Endangered Animals in the Great Barrier Reef 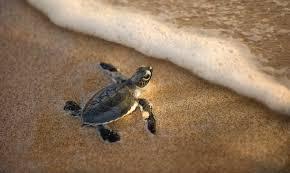 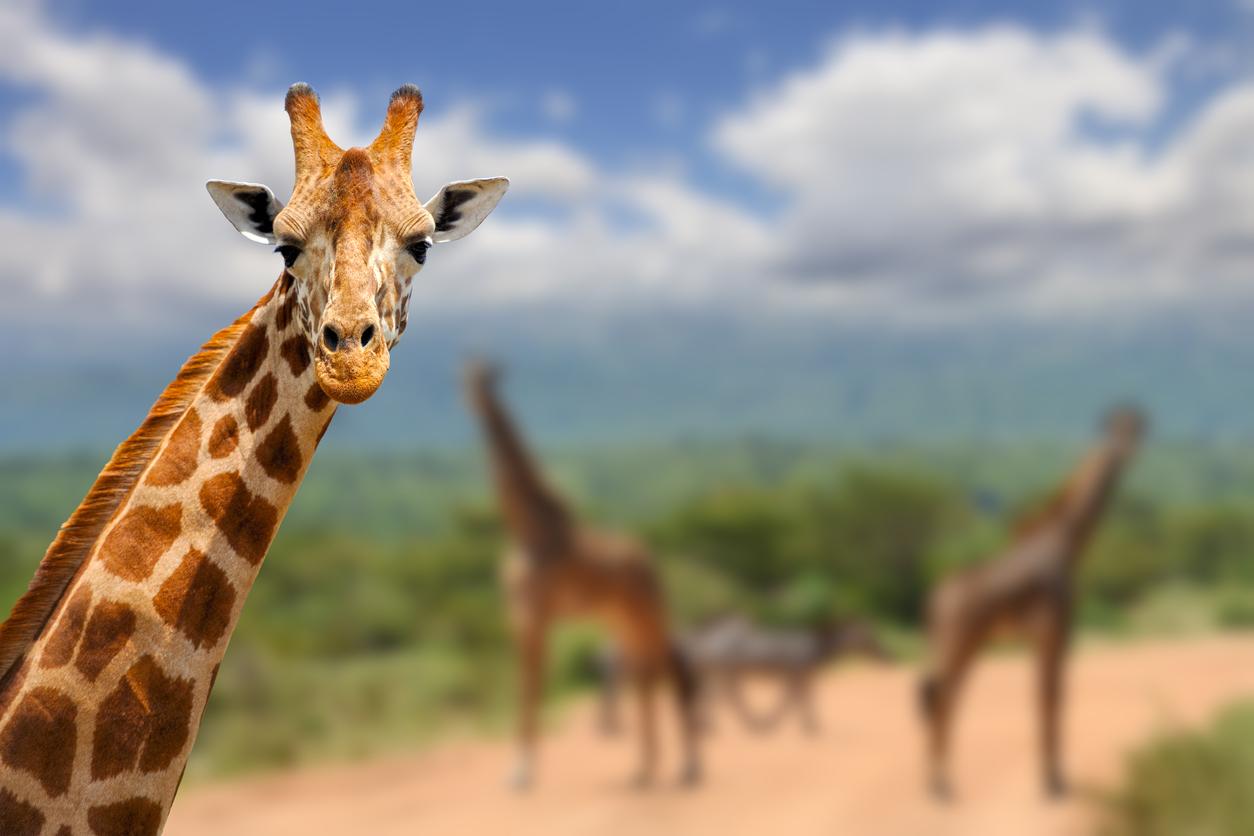 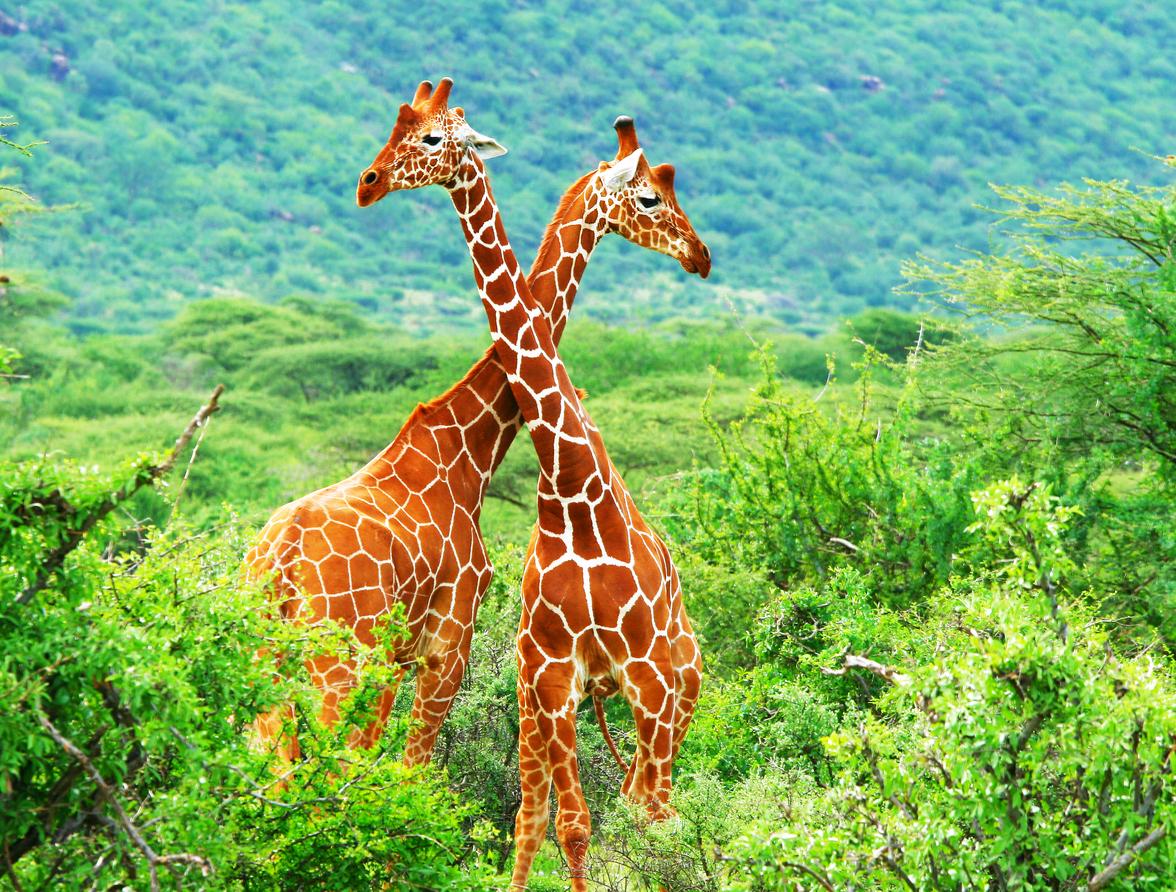 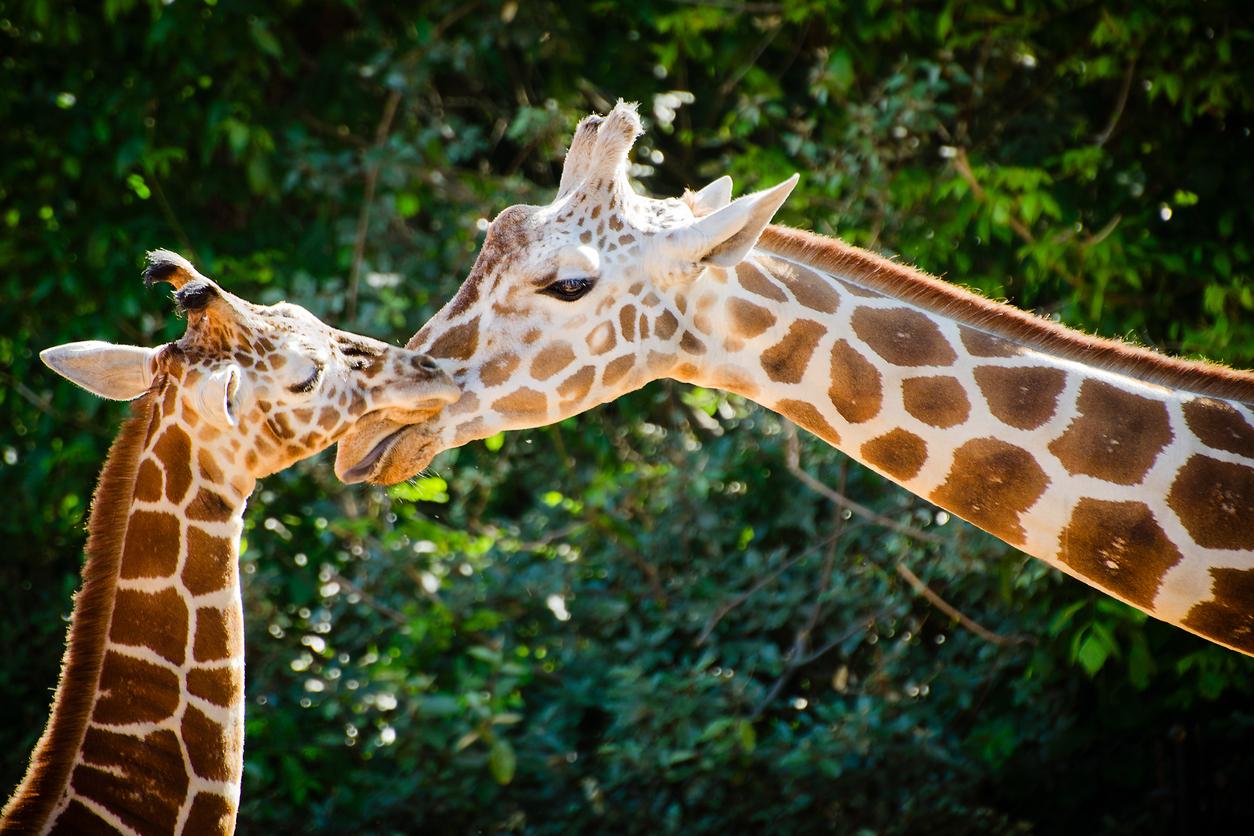 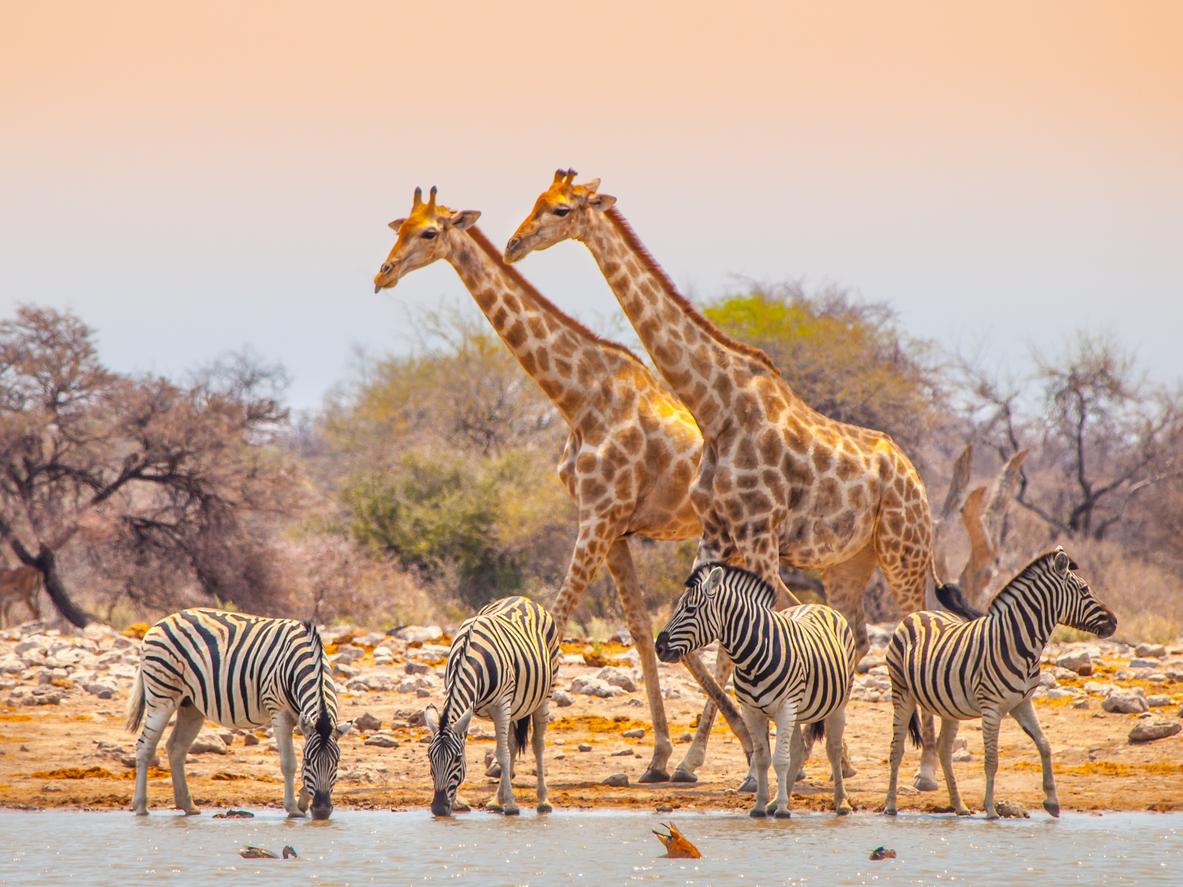 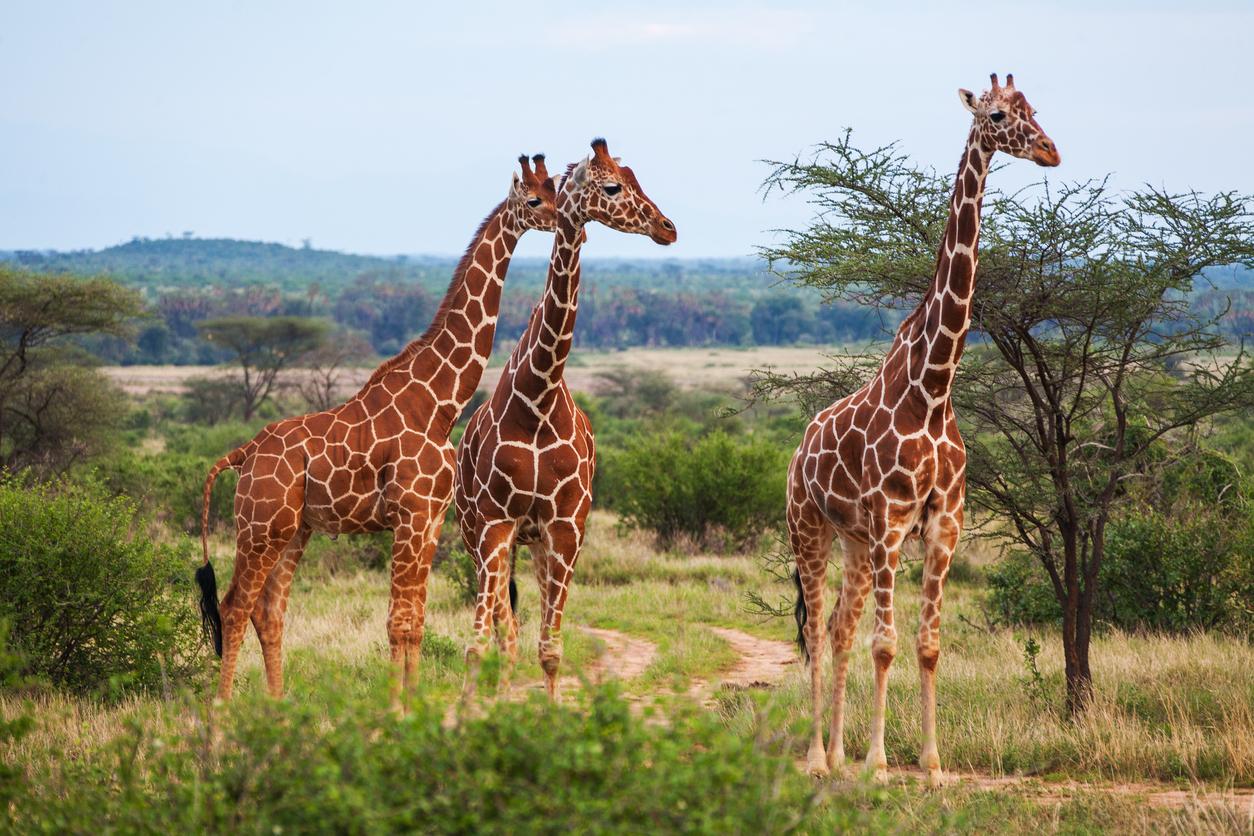 1 of 5
Why are Giraffes a Vulnerable Species?
Back to top