Why do Cats Run Away? - And How to Stop It

Cats are notoriously curious animals. They are relatively independent and like to explore the limits of their territory, marking this territory with their unique scent. In doing so, they communicate with other animals. The purpose is generally to either warn rival cats to stay away or to signal availability to a potential mate. With such instinctive territorial behavior, it can seem strange that a cat may run away from the area over which they are so protective. When we provide for their needs and well-being, this can be even more unexpected.

This is why AnimalWised answers the question ‘why do cats run away?’ By better understanding the reasons being a cat's desire to escape, we can not only prevent them from doing so, but find ways to improve their health and well-being as part of our family.

You may also be interested in: Why Do Cats Run Away From Their Poop?
Contents

Why do cats want to escape?

For humans, the concept of the boundaries of a home are dictated by building permits and fences. Cats do not have the same understanding of space. Their home territory is not simply the home where their belongings and family are. In the wild, a cat's territory can extend over a radius of over 8 km away. Unless you are fortunate enough to live on a vast estate, it is unlikely your home territory is as expansive.

They may be aware their bed, food and comforts reside inside the house, but they also see the value in exploring outside of this ‘nest’. The reason why they might leave the home is usually such exploration. This is different, however, to the reason why they run away and running away means they don't come back:

It is important to distinguish between running away and being unable to come back home. The reasons why a cat may not return include:

Another important factor is whether you have an indoor cat or an outdoor cat. If your cat has spent their entire lives being inside, then being exposed to the outdoor environment might be too much for them. An indoor cat which goes outside may simply be confronted with so much stimuli they run away out of confusion.

Why do cats run away to die?

Many people believe that a cat will leave their adopted human companions before they die to spare their suffering. While this is often a comforting thought at the sad time of a cat's passing, it is also unlikely to be the case. More likely is the cat is carrying out an instinctive response which dates back to their pre-domestication time.

As with many animal species, injured cats tend to hide in nature so that predators cannot attack them when vulnerable. In the wild, animals do not want to show weakness. This is one reason cats do not often show signs of pain, even if they are experiencing them. The cat's survival instinct is kicking in and they are retreating to see if they can make their lives last longer. It is why cats will often hide when they have been hit by a car or suffer a similar type of accident. In situations such as these, it is common for the cat to retreat to dark or isolated places such as under your car or on the top shelf of a garage.

If your cat is unwell or even at the end of their lives, they won't necessarily run away from home. There are many signs which can suggest a cat may be dying. They may also be symptoms of an underlying disease which is actually treatable. For this reason, it is imperative you take your cat to a veterinarian for diagnosis and treatment. It could mean the difference between life and death for your cat.

How to prevent cats from running away

If you have an indoor cat (otherwise known as a house cat), them you will need to ensure they stay within the limits of their home. A happy and contented cat will unlikely be an escape risk. They will have all of their needs met in the home. This is why you need to ensure you comprehensively look after their well-being. Provide them with the right food, places of comfort, a home free of stress and plenty of positive engagement, both physical and mental.

With an outdoor cat, the same attention to their well-being is required. However, you will also need to ensure their outdoor life is also safe. Have a look out for neighboring bully cats, be vigilant against any danger and ensure they have a way to retreat into the home when they need it. If they do not have access to the inside at all times, it can make them feel insecure and they will go somewhere else to feel safe.

However, even if their needs are met, if they have not been sterilized, they will still be a flight risk. The cat's sexual drive is very high during heat periods. The best way to stop a female or male cat from running away is to have them sterilized.

Implanting a microchip is also a good idea. If your cat has gone astray, their collar and ID should be helpful, but it can happen they fall off. A microchip is inserted under the skin. When a stray cat is found and taken to a veterinary clinic or shelter, they will pass a microchip reader over their skin to see if they have one. The reader will display your information and your cat should be returned to you.

What happens when a cat runs away?

Cats are animals with both a keen visual memory and acute olfactory senses. This is due to their survival instinct and the hunting skills they hone during adolescence. When a cat leaves their home base, they can usually find their way back with ease. They are able to memorize objects and signs in their environment including trees, buildings or plants. Even during the night, their keen sense of smell and ability to see well in low light means they are good at finding their way back.

There are reasons why this smelling ability may be impaired. The natural elements (wind, rain, etc.) can do a good job of disguising the scent markings cats leave behind, especially with sudden changes in the weather. A cat may also stray so far from where they begin, they lose their scent. If a certain scent is moved somewhere else (a car moved nearby for example), it can send them off track. Usually they will have marked enough to pick it up i another location.

When we move to a new home, it can be overwhelming for a cat. They may try to get back to their old home or look out for their previous markings. Unless you move somewhere very close, it will be very unlikely they are able to make it back.

What to do when a cat runs away

If your cat has been missing for some time and has not yet returned, the first thing you will need to do is keep calm. A scared cat will not be helped if we are panicking. We should first go over the cat's routine and see if any significant changes have been made. Moving to a new location, the introduction of a new family member or others can upset the cat and cause them to run away. In such cases, the cat will likely have shown some signs of dissatisfaction before they disappear.

Walk through the neighborhood and keep an eye out for spots they may be hiding. These may include the top of a tree, underneath a car or in a shed. If your cat is hiding due to illness or injury, it is possible they have chosen somewhere not on your property. Go door to door and ask your neighbors if they have seen them or if you are able to look for yourself.

In particular, talk to neighbors who also have cats in their homes. The cat may have gone there in search of a mate or to use some of their resources (drinking their water or eating their food). Cats feel more comfortable around their own species, so they may have gone there to seek shelter with their own kind.

If you have searched your vicinity and still not found your cat, make posters with their picture and distribute them in the local area. Go further afield than you think they may have gone, just in case. Also call local animal shelters, veterinary clinics and shelters to see if your cat has appeared. You can also go online to see if there are any communities there who can help you. If you would like to know more about this subject, you can take a look at our article on whether cats come back if they run away. 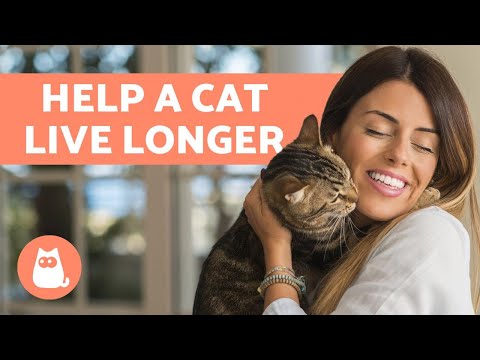 If you want to read similar articles to Why do Cats Run Away? - And How to Stop It, we recommend you visit our Facts about the animal kingdom category.

Do Cats Come Back When They Run Away?
How To Shoo Away a Stray Cat
Why Do Cats Hate Water?
Do Cats Miss Their Owners When They Are Away?
Related categories
Endangered animals
Most read
1.
What Animal am I According to my Zodiac Sign?
2.
10 Most Beautiful Animals in the World
3.
What Does It Mean When a Cat Shows Up at My Door
4.
The 10 Most Solitary Animals in the World
5.
Top 10 Smells Dogs Hate
6.
How Many Types of Lions Are There?
7.
Why do Dogs Get Stuck when Mating?
8.
My Female Dog In Heat Won’t Accept A Male - Causes
What Does It Mean When a Cat Lets You Touch Its Paws?
Why Does a Cat Wag Its Tail?
Why Do Cats Not Like Their Belly Scratched?
Animals That Walk on Water - How Do They Do It?
How to Never Lose Your Dog
Can Cats Run Faster Than Humans?
When is a Cat an Adult and When do They Stop Growing?
Why Do Dead Whales Explode? 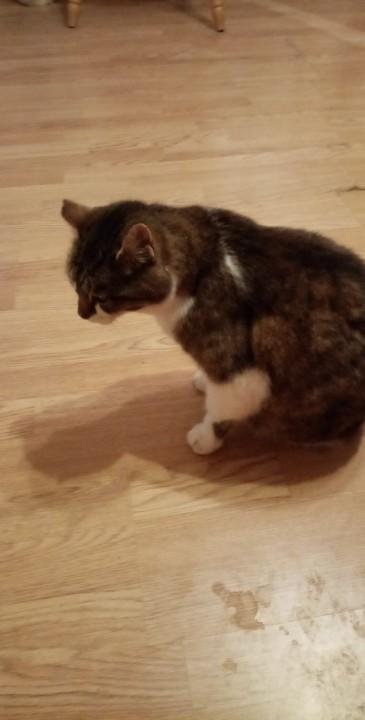 My cat is gone a week how do I lure her back putting out food can draw vermin
Would giving her treats to train her not to leave work
Why do Cats Run Away? - And How to Stop It 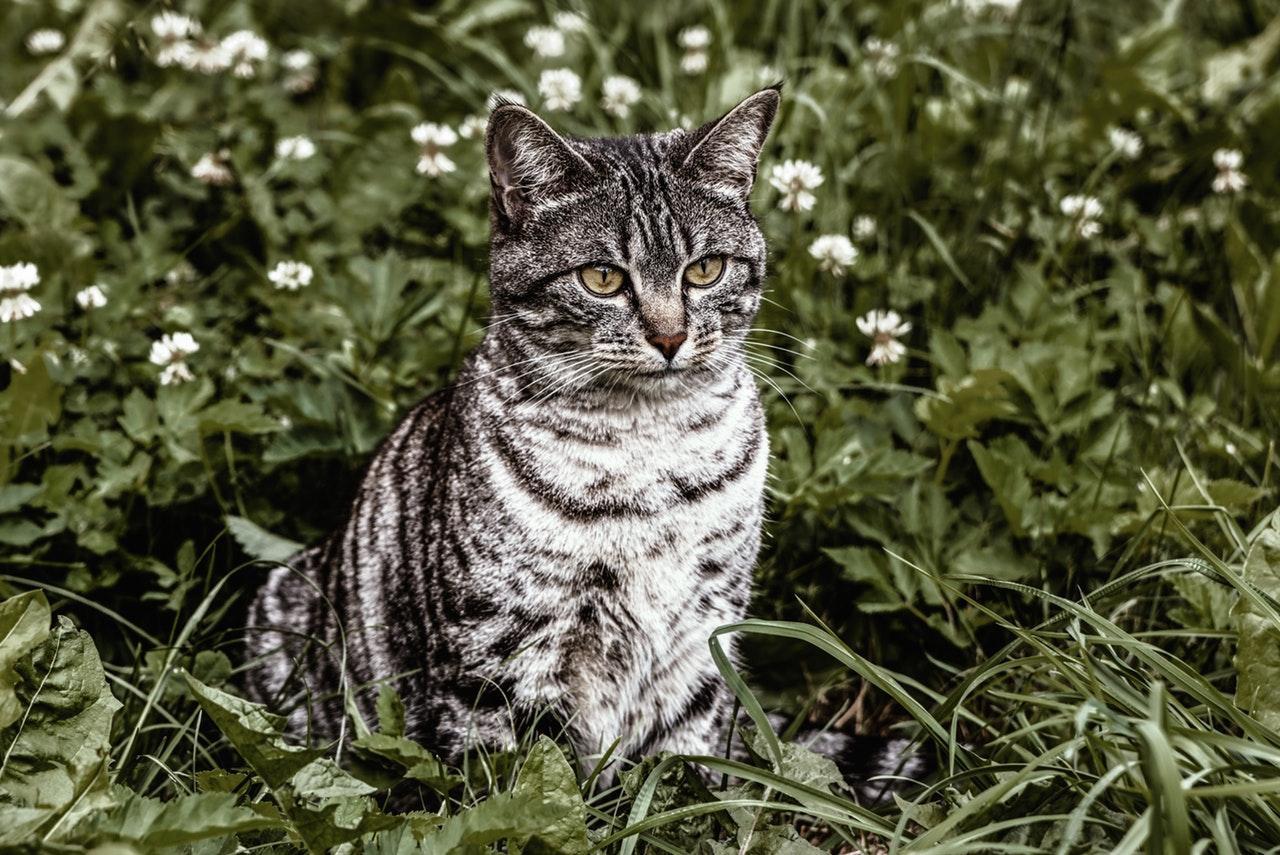 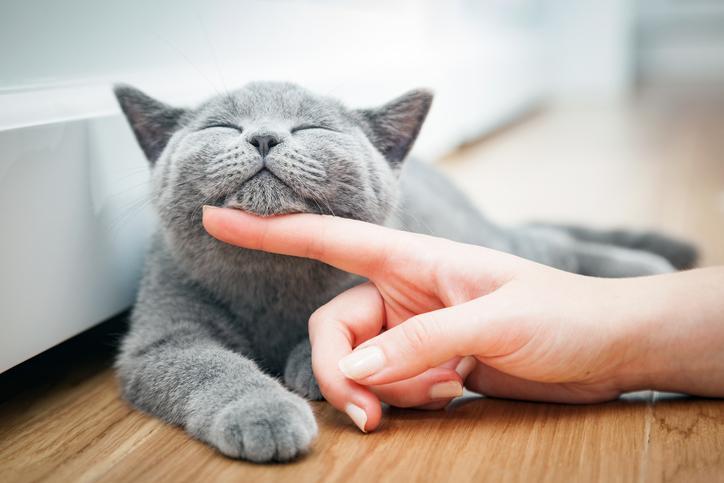 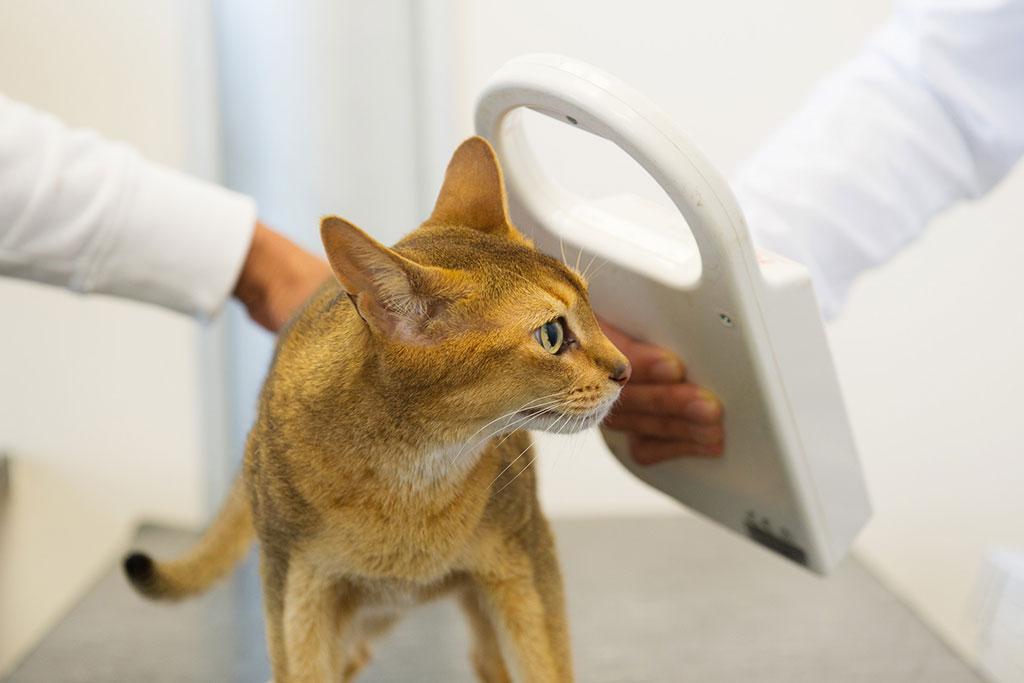