Why Do Rabbits Thump on Their Feet? 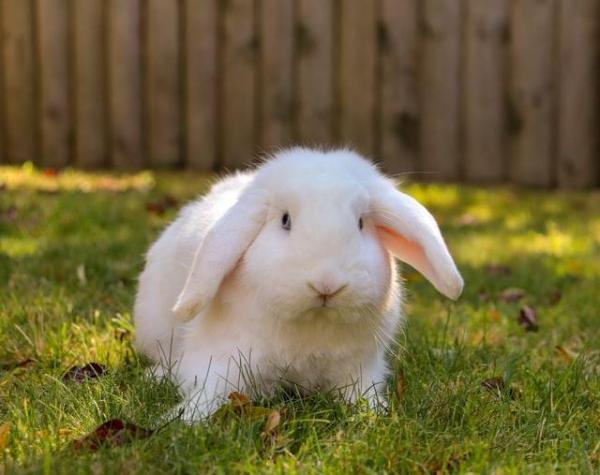 Rabbits are great pets as they are cute, intelligent, playful and affectionate. To have a good bond with our rabbits we must understand their body language and behavior. This way, not only will we have a great relationship with our furry friends, but we can also know when their behavior is telling us to worry or take them to the veterinarian.

In this AnimalWised article, we are going to explain how to understand rabbit body language and rabbit behavior. You will learn why your rabbit is thumping their feet and behaving differently at times.

You may also be interested in: How to Tell the Sex of a Rabbit
Contents

Rabbits are small lagomorphic mammals, often confused with rodents because of their small size. They are herbivorous animals and in the wild act as a prey. They mainly stay active in twilight hours.

Understanding a wild rabbit's behavior will help you understand your pet rabbit's behavior in certain situations. For example, your rabbit is always very alert and sensitive to noises or sudden movements. As in the wild they serve as prey, their instinct will be to flee and hide from what they perceive as danger. This is why it's advised to speak softly to your rabbit and avoid sudden movements.

Another characteristic of rabbits are their large ears, sense of smell and advanced vision. In the wild they rely on these senses to detect and escape predators. This is why you often find them to alert in your home or patio. Rabbits are naturally very observant animals.

Nevertheless, domestic rabbits lose a part of that instinctive behavior and learn to trust us. This allows them to let their guard down when with us. Although their fearful character will still be present, it's much less than wild rabbits.

You may also be interested in the different domestic rabbit breeds.

If you have a rabbit at home you will have surely been impressed many times by the number of expressions and forms of communication your rabbit has. Although these sweet animals are rather silent, they have a wide range of gestures, postures, as well as sounds.

Body language in rabbits is mainly intended to express how they feel through the movement of different parts of their body. In addition, they also express themselves through physiological responses, such as breathing or the secretion of odors that can be perceived by other animals with a good sense of smell (humans cannot perceive it). We can distinguish the following expressions:

Rabbits are rather silent animals. Still, they can make sounds at specific times to express your mood.

To learn more about rabbit communication, we encourage you to read our article on the most common rabbit sounds and their meaning.

Rabbits are gregarious animals used to living in colonies within their burrows of between 2 and 9 individuals. These communities help them feel protected from external threats. This is one of the reasons it's recommended to adopt at least two rabbits. So they can keep each other's company, helping them feel more entertained and safe.

In the wild, these groups maintain hierarchies, made up of females and at least one male. If there is another male in the group, a dispute will arise. One of the males will have to adopt a submissive position or leave the nest. When living together, these animals will create bonds with each other.

Through mutual grooming, they demonstrate their affection and acceptance of the group. They also sleep together to keep everyone warm and safe. A domestic rabbit will also show this type of affection with their human companion. They may groom you and fall asleep on your lap or in your arms as they see you as part of their community.

Learn more in our article about how to encourage rabbits to be more affectionate.

Some rabbit behavior you may see everyday in your domestic rabbit may include:

Like with any other animal, when rabbits are feeling sad or when they're in pain, their behavior will reflect it. Whenever you see your rabbit showing these symptoms, it's best to take them to the veterinarian as soon as possible to be properly diagnosed and treated. These abnormal behavior include:

You may also be interested in our article where we discuss the most common diseases in rabbits.

When rabbits are in heat, a male will try to show their interest in a female by producing a series of unique sounds. He will also try to chase her. If she is interested, she will run around taking short breaks to be playful with the male. When she does this and the male sees she is interested, he will begin his exhibition. This consists or strutting around and walking on his hind legs stretched out. He will do this while moving away and re-approaching the female three or four times in a row.

This position is accompanied by their tail staying upright, which transmits the smell coming from the glands located in his groin. In addition, it's common for the male to spray the female with his urine. This may cause her to flee. Lastly, if the interest is mutual, rabbits may lick each other's ears and snout. This is a sign of acceptance.

If the male has been turned down, he will feel frustrated and may dig nervously or fight another male with whom he competes with.

If you wish to learn more, we encourage you to read our article on how rabbits mate.

If you want to read similar articles to Why Do Rabbits Thump on Their Feet?, we recommend you visit our What you need to know category.

Bibliography
Can Lovebirds Live on Their Own?
How Cats Show Their Affection
Why do Chinchillas Squeal?
Types of Ferret According to their Size, Color and Coat
Related categories
ComparisonsThe least...NamesIdeal forThe most...
Most read
1.
Best Names for American Bully Dogs
2.
Can You Have an Otter as a Pet?
3.
100 Popular Bird Names
4.
Stoats as Pets: Guidelines and General Tips
5.
Tamil Names for Dogs - With Meanings
6.
Best Names for Horses and Mares
7.
17 Best Spotted Dog Breeds
8.
The 5 Most Wrinkly Dog Breeds
Do Dogs Miss Their Owners When They're Gone?
How long Does a Domestic Rabbit Live?
How to Build a Rabbit Hutch
Advantages and Disadvantages of Having a Rabbit
Degu as Pets - Caring for the Common Degu
Rabbit Adoption - Everything You Need To Know
Do I Have a Purebred Labrador Retriever?
How Soon can Kittens Leave their Mother?

Why Do Rabbits Thump on Their Feet? 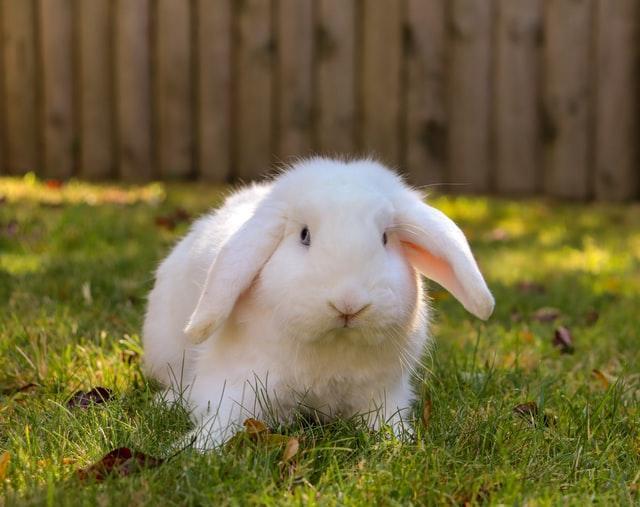 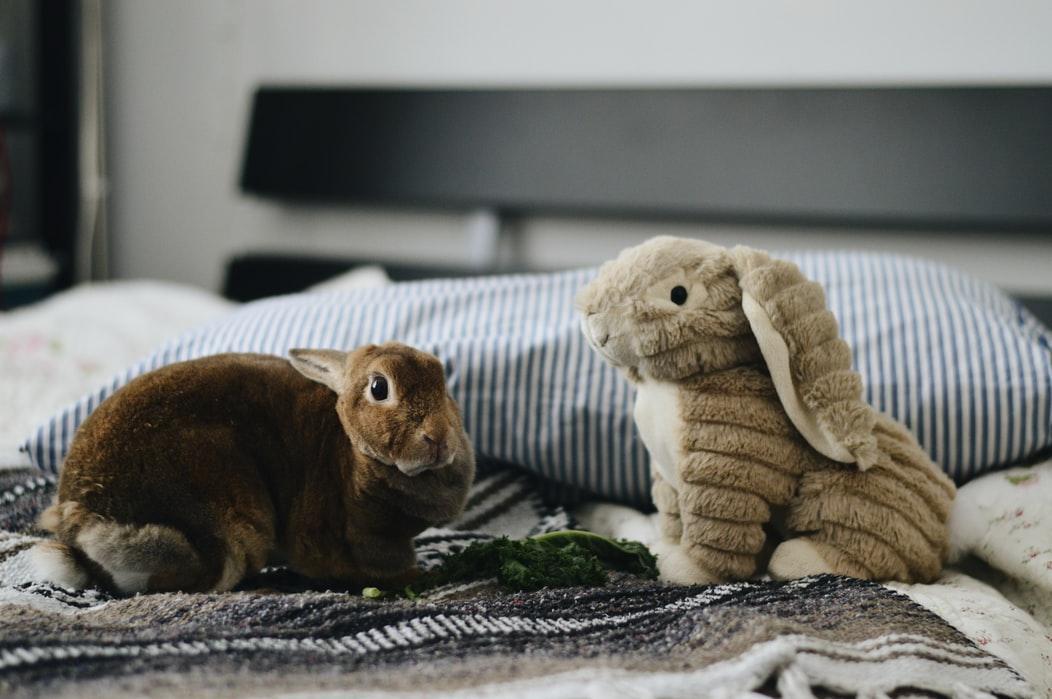 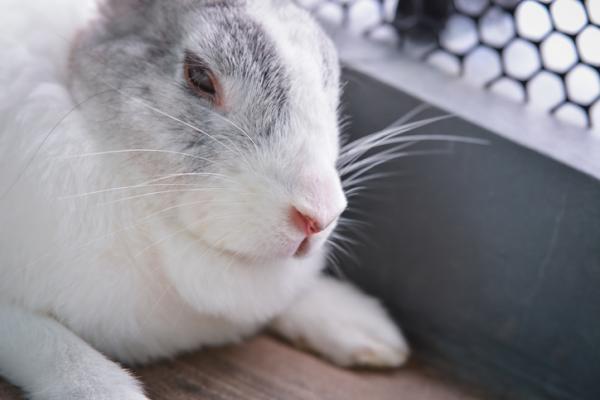 1 of 3
Why Do Rabbits Thump on Their Feet?
Back to top