Why Does My Dog Breathe So Fast While Sleeping?

As dog owners, seeing our dog asleep can also make us feel peaceful. Tuckered out from a long day of playing, investigating and spending time with us, they are so adorable when at rest. We even may wonder what our dogs are dreaming about. However, sometimes our pet's breathing seems to get very fast while they are asleep. This heavy panting is anything but peaceful. It can make us worry there is something wrong. Perhaps they are having a bad dream or, worse, have some medical problem which is causing them discomfort.

Even when they wake up and seem to be full of life again, we still may wonder why does your dog breathe so fast while sleeping? AnimalWised provides the answers so you can understand what is going on and if any of your worries are valid.

You may also be interested in: Why Is My Dog Shaking While Sleeping?
Contents

The characteristics of a dog's sleep

To understand why a dog breathes fast while sleeping, we should know some facts about their sleep in general. As we shall see, it is not dissimilar to human sleeping patterns. The most important is to know that there are two main phases of sleep which are distinguished as:

Sleep patterns in dogs are modified according to age. Like human babies, puppies sleep most of the day. These hours reduce as the dog ages and develops into adulthood.

Dogs have a generally light sleep. This is partly as they are still in a state of alertness, ready to respond to different stimuli. This could be a smell, sound or other sensation which they may perceive as danger. Rather than sleeping for the night like humans, they tend to sleep in shorter bursts. Sometimes these last for a few hours, but they can last for only a few minutes and still provide useful rest. This is related to their wild ancestry as even during sleep they needed to be wary of potential threat.

To understand why a dog breathes rapidly while sleeping, we need to look closer at their REM sleep stage. During this period, brain activity increases and causes certain actions to occur including:

All these movements referred to above may seem completely normal and correspond to similar movements they make when awake. They are spasmodic and can seem a little odd or as if there is some underlying pathology. Their heavy panting mixed with growls may make this seem particularly worrying. However, it doesn't mean they are suffering some sort of attack or are under duress. This is a normal sequence which may simply seem abnormal to us because we haven't spent much time in our lives watching other living beings asleep. In this way dogs give us an insight we may not have expected to receive.

What to do if my dog breathes very fast during sleep?

As we have seen, it is normal for a dog to breathe very quickly during sleep. Sometimes, the dog will go back into the stage of short wave sleep. However, if they wake up suddenly from REM due to an interruption or whichever causes, they can become disorientated for a short time. It might be similar to how you might wake up if you have just had a nightmare or strange dream. It is important to know that this REM stage is the stage during which humans have dreams and the same will happen to dogs. What they dream about we may never know, but we do know it can affect them.

In these moments of waking suddenly, the dog may be somewhat confused or disorientated. If this occurs, we should calmly call their name and provide some reassurance. This is one of the reasons why it is good to ensure your dog has an appropriate place to sleep. They may choose any place for rest, but if you want them to have good quality sleep, somewhere out of the way and comfortable is ideal. Also, it should be appropriate for their size, shape and body type. For example, greyhounds have wiry bodies and their bones are close to the skin. This can make lying down uncomfortable, so they need a soft place to rest which is also accessible. If you want some advice on the best place for your dog, you can check out our article on how to make a bed for your dog.

Also, the breed of your dog will have a bearing on their breathing. There has been some controversy over certain ‘designer’ dog breeds such as the Pug which has been bred in a way that their snouts cause breathing problems[1]. If you have a short snouted dog, their fast breathing or heavy panting during sleep may be something to do with this. However, it could also be due to REM or a combination of both.

If you want to read similar articles to Why Does My Dog Breathe So Fast While Sleeping?, we recommend you visit our Facts about the animal kingdom category.

Why Does My Dog Breathe So Fast While Sleeping? 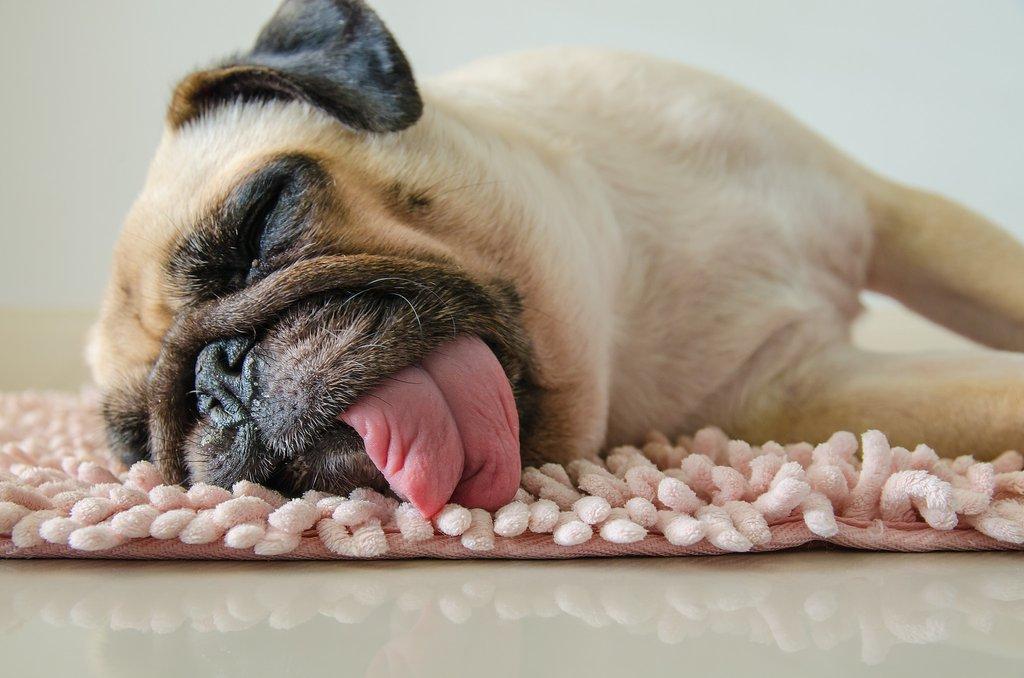 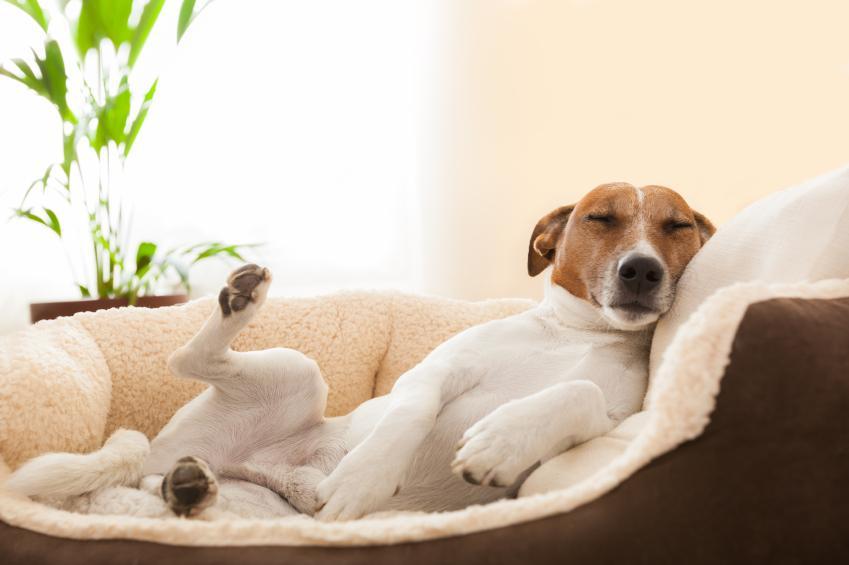 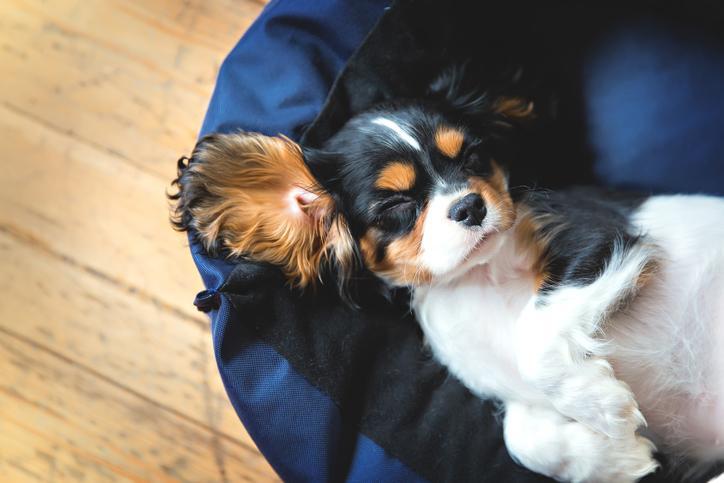 1 of 3
Why Does My Dog Breathe So Fast While Sleeping?
Back to top