Why is My Dog Howling?

A dog's howl is one of the most primitive characteristics of these animals, inevitably reminding us of their ancestral links to wolves. As with all communication between humans and their canine friends, there is no exact way to discern what they are trying to get across. However there are some common causes for this behavior and it is important for an owner to pay attention to a dog's howling habits as there might be a concern for their well-being.

Here at AnimalWised.com, we will explain in detail the common understanding of why dogs howl and when it is important to pay attention.

You may also be interested in: My Dog Howls at Sirens - Why and What to Do
Contents

To Attract Attention and Communicate

Although their character and physical appearance have been modified over the centuries thanks to domestication by man, the lovable dogs we know today are descended from wolves. Both animals still share many primitive features such as the desire to live in packs or to howl.

Therefore, one of the reasons why a dog howls is for communicating with its pack or with other dogs, just as wolves might do. It is a warning sound which tells other dogs that they are in another pack's area, announcing their presence and telling them to take caution. Equally, it can be a basic way to capture the attention of its own pack, including its owner(s).

When a dog howls it may want your attention, as it might do when it barks, especially if every time it makes this noise you comfort it. The dog knows that if it howls its owner will give it attention, so some dogs use it as a form of manipulation when barking or crying doesn't work. Excessive howling in these instances, therefore, might be either neediness or because they are distressed.

Howling Due to Anxiety

How many times have you heard a dog howling when its owners aren't home? Excessive barking or howling when left alone is a very common way for some animals to communicate. This is how a dog tells us it feels anxious being alone and separated from its owner.

Separation anxiety is a major problem for many pets, suffering extreme nervousness when its owners leave them alone to go to work or tend to their everyday business. This can cause destructive behaviour such as chewing furniture and household objects, or can make the animal spend all day barking and howling trying to contact its absent owner. This is not only stressful for the dog, but might make you unpopular in the neighborhood.

Leaving your dog suitable toys to entertain itself when you're gone and taking it out to play at least a couple of times a day is essential to minimize anxiety and give your pet the quality of life it deserves. Do not forget that dogs need physical activity to burn energy and encourage both physical and mental health.

Responding to Other Sounds

Have you noticed that when a siren, or any other such loud noise, sounds, your dog can get quite agitated or vocal? This can be particularly difficult with high-pitched sounds to which the dog might be sensitive. This is because of a dog's acute sense of hearing which can even pick up on frequencies inaudible to humans.

When faced with these particular sounds, the animal identifies them as a similar call to a howl, so the pet might respond to or imitate these sounds as a sign of showing presence or a desire to communicate with its furry brethren. Researchers are not clear why this happens, but many believe it is due to the way in which the animal interprets these auditory frequencies.

This is perhaps when you should pay the most attention. If your dog has had a knock, or suffers a fall or injury, then begins to howl continuously, it is very likely that it is wounded or injured. In this case, it is important to take the animal to a vet for an immediate examination.

Similarly, if you notice that your dog is weak or lethargic, has stopped eating or is behaving in a strange or unusual way, howling might be the sign of an internal medical condition which needs attention. It is always advisable to take the dog to a vet to rule out any such conditions if you see your dog performing abnormal or incessant howling.

As it is difficult to tell whether you dog is howling from too much or too little attention, you will have to be very perceptive to its needs and emotions to solve any problematic howling behavior.

If you have other concerns for your dog's well being, you might want to check out these articles on How to Train Your Dog: 5 Tips or How to Teach Your Dog Not to Urinate at Home.

If you want to read similar articles to Why is My Dog Howling?, we recommend you visit our Facts about the animal kingdom category.

Why Is My Dog Whining - Causes
Why Is My Dog Shaking While Sleeping?
Why Does My Dog Cry When I Go Out?
Why Doesn't My Dog Bark at All?
Related categories
Endangered animals
Most read
1.
What Animal am I According to my Zodiac Sign?
2.
What Does It Mean When a Cat Shows Up at My Door
3.
10 Most Beautiful Animals in the World
4.
The 10 Most Solitary Animals in the World
5.
How Many Types of Lions Are There?
6.
Why do Dogs Get Stuck when Mating?
7.
10 Smells that Attract Cats
8.
Animals With Scales - Full List
Why is My Dog's Nose Dry?
Why Is My Dog Leaning on Me? - Is It OK?
Why Is My Rabbit Doing a Binky?
Why Does My Dog Breathe So Fast While Sleeping?
Why Is My Dog Shaking For No Reason?
Why is My White Cat Deaf?
Why Is My Cat Staring at Nothing?
Why is My Dog So Excited When I Get Home?

Why is My Dog Howling? 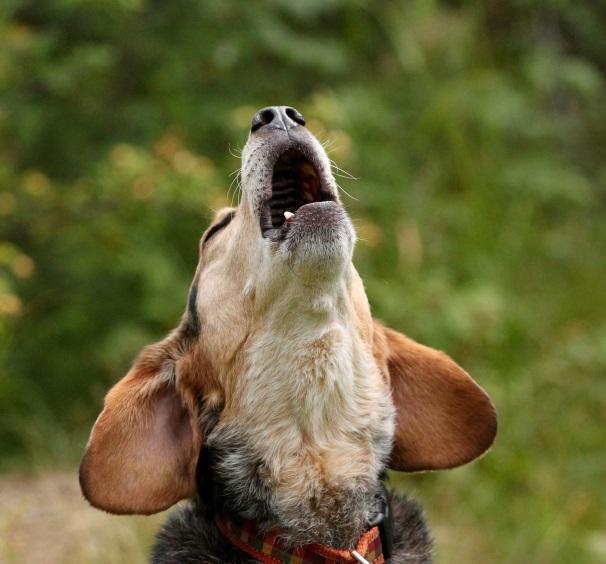 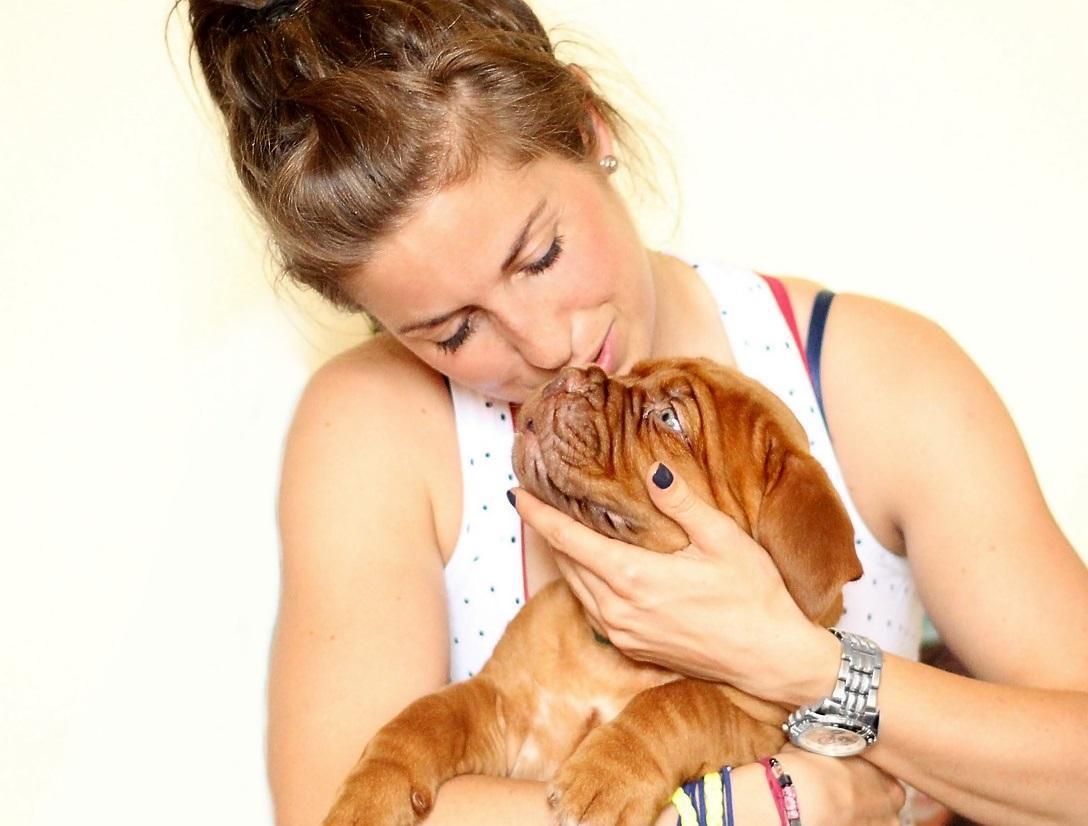 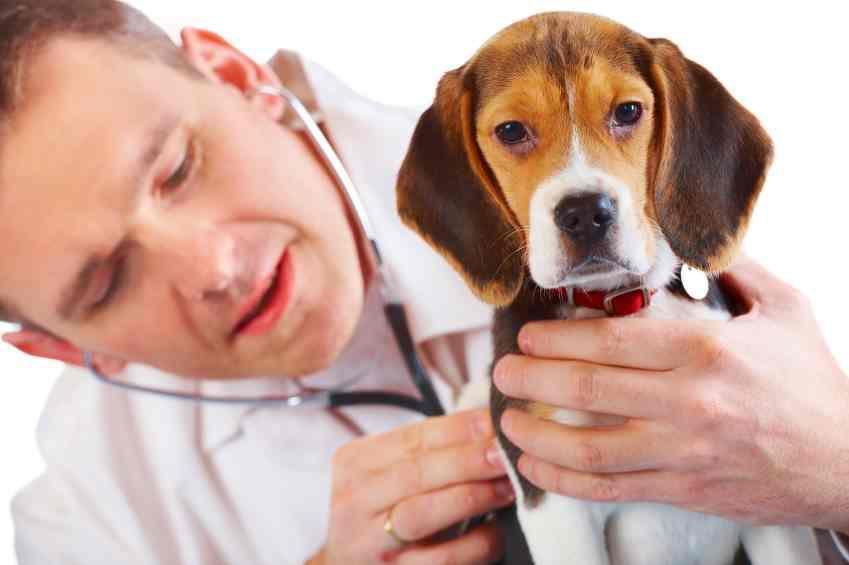