Why is My White Cat Deaf?

All cats are beautiful, but there is no doubt that white cats have a particular allure. Their beautiful white coats give them an elegance and grace which makes them particularly popular pets. However, such a beautiful appearance often comes at a price. This is because white cats are more likely to be deaf than other colors of cat. It should be pointed out that not all white cats are deaf, but a genetic predisposition makes them most likely to develop the condition.

If you are wondering why my white cat is deaf?, AnimalWised explains the reasons for this phenomenon. We look at why it is more likely to happen and what this has to do with their coat color.

You may also be interested in: Why Do Some Cats Have Different Colored Eyes?
Contents

The genetic typology of white cats

Domestic cats have various breeds for a reason. There are some breeds which are particularly likely to have white fur. Human intervention has meant that certain cats have been bred together to create animals with the same appearance and temperament. While genetic anomalies exist in nature, breeding has meant that certain genetic traits have been encouraged, often with a detrimental affect on the resultant cat.

The color of all cat's coats, skin and other pigmentation is decided by their genetic inheritance. Often the color of the cat's coat is also related to their eye color. White cats commonly have blue eyes or reddish eyes in the case of albinos. For each type of white cat, there needs to be specific genetic combinations. They are:

We find in the last group, those that are white due to the dominant gene W. It is this W gene which is the most prone to causing deafness in white cats. It is curious to note that that particular cat could have shown a wide range of colors. However, it only shows the white color that camouflages the presence of others.

You can read our article to learn about the difference between white and albino cats.

Another common feature of white cats to highlight is the fact they can have eyes of almost any color. However, while it isn't the cause of deafness in white cats, blue eye color is related. The possible eye colors of white cats includes:

The color of the cat's eyes will be determined by the stem cells found in the layer that surrounds the eye. This part is known as the iris. Cats also have something known as the tapetum lucidum. This is a membrane at the back of the eye which acts as a reflector to allow more light into the retina. However, it is not the actual eye color and doesn't contain any rod cells.

Strangely, blue eye white cats tend to be deaf even more than others. Furthermore, if a cat has one blue eye and one green, the ear on the side of the blue eye is more likely to be deaf than the other.

While there is a clear correlation between the blue eye color and deafness in white cats, why is this so? The reason is the aforementioned W genotype. This gene not only creates the white fur color of the cat, but also causes the iris to be blue in color.

The relation between fur color and deafness in white cats

To know exactly why this phenomenon occurs in blue-eyed white cats, we need to know specific genetic theories. Unfortunately, not only is this a very difficult subject, but not all theories have been proven. There is still much we do not know for sure about genetic sequencing in cats. This is why we need to look at it in a more simplistic and dynamic way:

Essentially, when the female egg is fertilized and moves to the uterus of the cat, cell division begins to develop. This is when melanoblasts appear. This are precursors to melanocytes, the cells responsible for determining the color of the future cat's coat. When the W gene is dominant, the melanoblasts fail to expand, leaving the cat devoid of pigmentation.

Similarly, when cell division occurs, this is when genes act to determine the color of the eyes. Due to the same lack of melanin (from the melanocytes), pigmentation does not occur. Blue is the default color without pigmentation[1]. However, this may only happen in one eye, with one being blue and the other another color.

Finally we can look at the ear. In the absence or deficiency of melanocytes, the cat is likely to suffer from deafness. It is for this reason that we can somehow relate genetic and external factors to health problems. However, exactly why these genetic mutations are linked to deafness, we are not completely sure.

As we have mentioned previously, not all white cats with blue eyes are prone to deafness. We cannot rely solely on coat and eye color to affirm it. Also, when a cat is a kitten, we may not be able to determine if they are deaf since they are already developing.

Detecting deafness in white cats is complicated since the cat is an animal that adapts easily to hearing problems. They can do this by enhancing other senses (such as touch) to perceive sounds in a different way (vibrations for example).

To effectively determine deafness in cats, it will be essential to go to the vet to perform a BAER test (brainstem auditory evoked response). With this test, the veterinarian can determine whether or not the cat is deaf. However, it is important to note that white cats are not the only color of cat which can develop hearing problems. This is why we always need to have a new kitten examined at different stages of their development.

While it is not related to deafness, another curious trait of cats is for their eyes to shine in the dark. Watch our video below to understand why this happens: 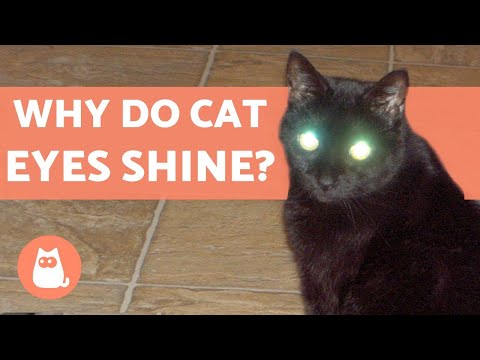 If you want to read similar articles to Why is My White Cat Deaf?, we recommend you visit our Facts about the animal kingdom category.

Why Is My Cat Pretending to Nurse?
Why Is My Cat’s Tail Lifted Up?
Why is My Cat Staring at Me?
What Breed Is a Tortoiseshell Cat?
Related categories
Endangered animals
Most read
1.
What Animal am I According to my Zodiac Sign?
2.
What Does It Mean When a Cat Shows Up at My Door
3.
10 Most Beautiful Animals in the World
4.
Differences Between Deer, Elk, Moose and Reindeer
5.
Why do Dogs Get Stuck when Mating?
6.
Examples of Vertebrate and Invertebrate Animals
7.
The 10 Most Solitary Animals in the World
8.
Animals With Scales - Full List
My Cat's Fur Is Changing Color
Most Common Cat Eye Color and Their Meaning
Why Does My Dog Stare At Me? - All Possible Reasons
Why Is My Rabbit Doing a Binky?
Why Is My Dog Shaking For No Reason?
Why is My Dog Howling?
What Does a Cat's Color Say about its Personality?
Ferret Fur Turning Yellow - Why Does this Happen?

Why is My White Cat Deaf? 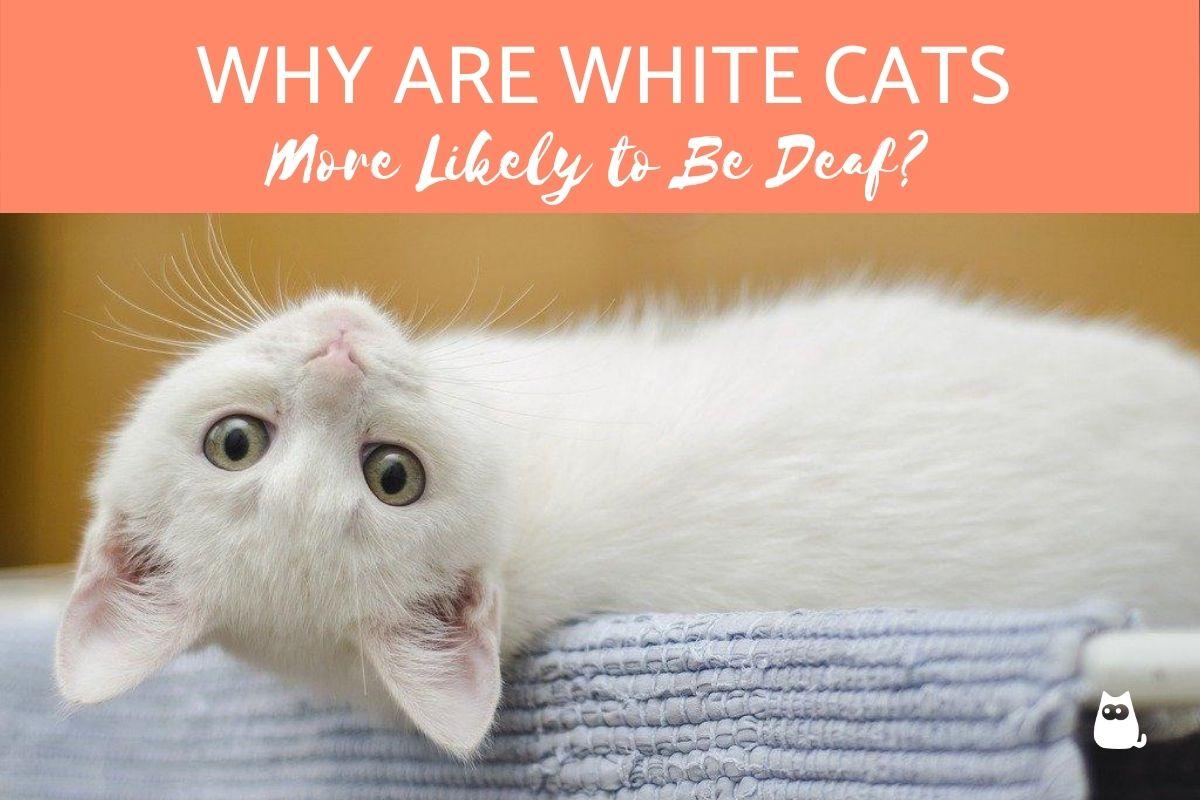 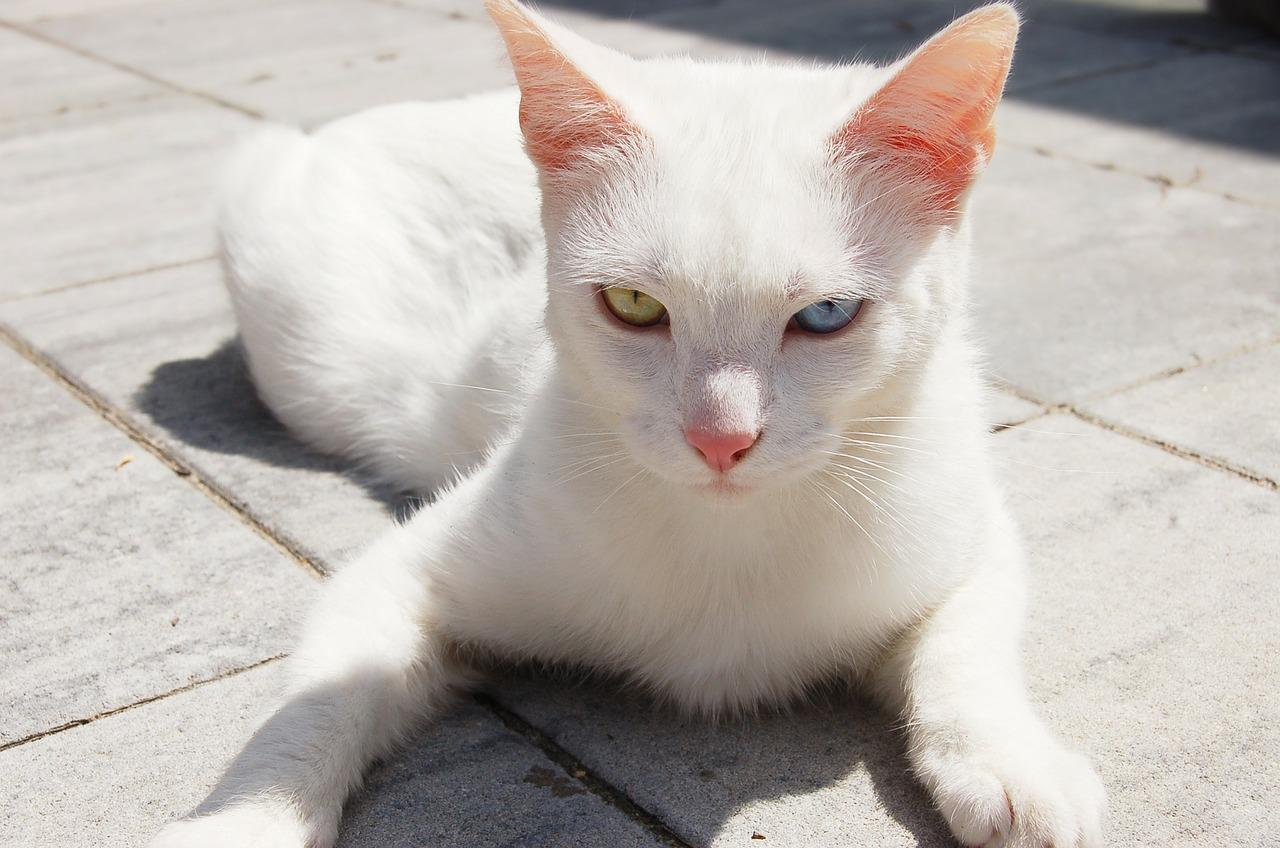 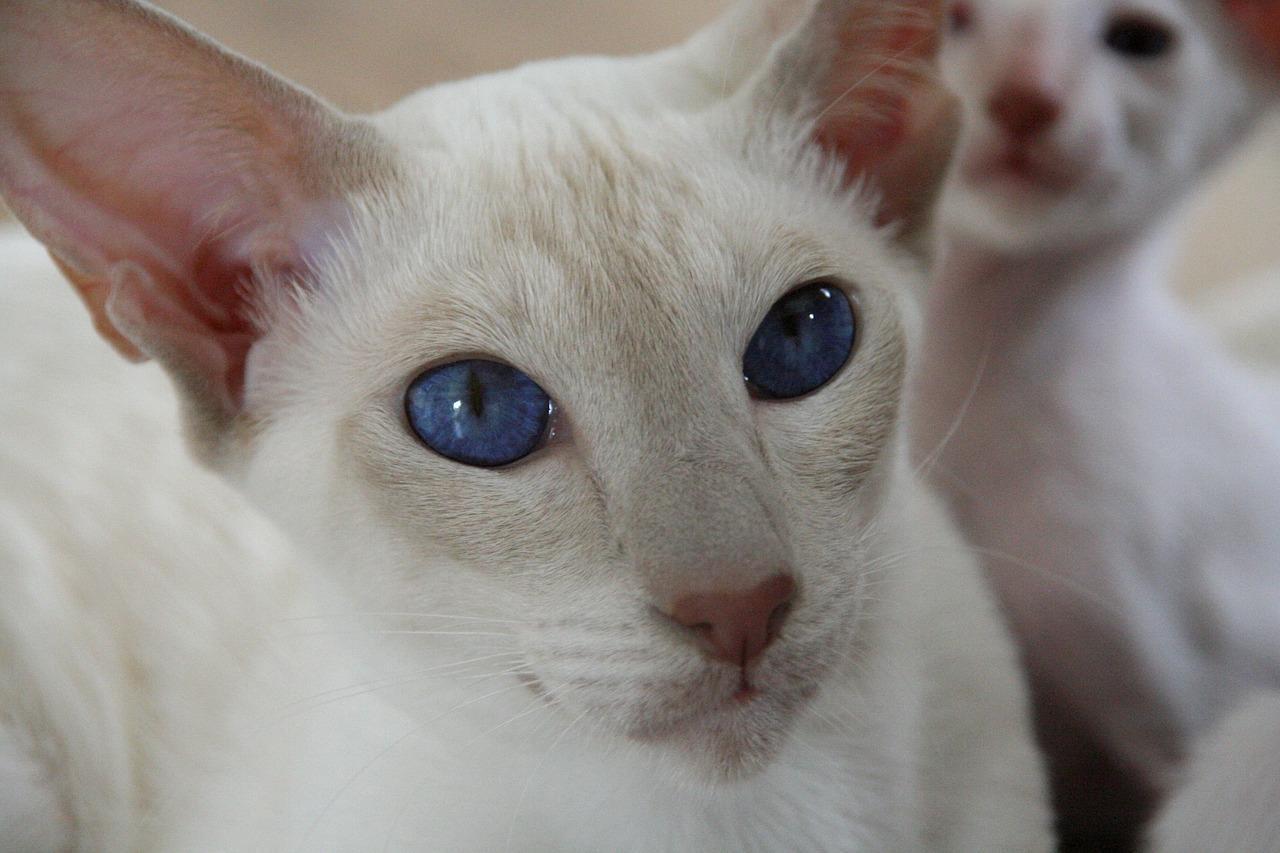