Why the Dodo Became Extinct

You've surely heard about the dodo before - the fat, stupid bird that died at the hands of the Western sailors and explorers. We've all heard the story, but little do we know about these animals that lived on the island of Mauritius long before the arrival of humankind.

The only information we have about the dodo are contemporary descriptions and illustrations as well as skeletons and taxidermy specimens kept in museums around the world. However, some of them are badly reconstructed, leading to the legend of a white dodo in Réunion, which has now been discredited.

In this AnimalWised article you will learn why the dodo became extinct, what it looked like, when it disappeared, and whether our ideas about this unusual creature are correct or not.

You may also be interested in: Living and Extinct Prehistoric Birds - Evolution of Birds
Contents

The dodo (Raphus cucullatus) was a flightless bird native to the island of Mauritius in the Indian Ocean, near Madagascar. They were only found in this region, and their bodies had adapted to life there.

Dodos had no natural predators, so they lost the ability to fly: adapting to life on the ground led to a series of anatomical changes. Their wings changed, becoming smaller in size, and their tail got shorter and stumpy. Dodos nested on the ground, which also posed a problem when it came to protecting their young from predators.

Scientists believe that the dodo's closest relatives are pigeons and doves, although dodos were about 1 m (3 ft 3) tall and weighed 10 to 20 kg (23 to 45 lb). It is hard to know what color their feathers were, as remains become bleached over time. However, the few illustrations usually portray them as brownish grey, with yellow chicken-like feet. Their beak was long, at around 20 cm (8 in), with a hook-shaped tip that reflected their eating habits. They possibly used it to break coconuts.

While dodos are described as fat and slow, with a large appetite, it is possible that this portrayal is warped by the explorers' perspective. Dodos were not used to humans, and thus they acted docile and "stupid" around them, as they had no way of knowing they were a threat. It is likely that they captured and overfed the dodos, making them fatter and slower than they actually were. Our image of the dodo, then, is probably inaccurate.

When were dodos discovered?

While the island of Mauritius was known to Arab and Portuguese explorers before the 16th Century, they took no note of the dodo. The first information about the dodo did not reach Europe until 1601 by the hand of the Dutch East India Company. The first illustration appeared some years afterwards.

It is likely that dodo remains were brought back to Europe for exhibition and study around that time, but the first recorded arrival of a live dodo to Europe dates from 1638.

The Dutch named them Walghvogel, "tasteless bird", but the origin of "dodo" is unclear. It may come from the Dutch Dodaars, which refers to their stumpy tail, or it may come from a transcription of their call. There is a theory that Dodo comes from Portuguese doido, "fool", but there is no historical proof.

Why did the dodo become extinct?

The arrival of humans to Mauritius did not only bring the threat of direct hunting: they also brought pigs, rats, dogs and other animalswhich became invasive species and harmed the endemic animals and plants, eventually contributing to the extinction of the dodo. Because of the fearlessly docile nature of these birds, both dodo chicks and adults became easy prey for these new predators.

Still, Western sailors, colonialists and explorers were the main reason for the extinction of the dodo. Their incursion into the island in the late 16th Century brought about their extinction around 1693, give or take 20 years.

More or less reliable sightings of dodos were recorded until 1662. Even though the species wasn't completely extinct then, there would only have been a few specimens left, and they would have disappeared within a few years. In other words, humans killed dodos in less than a century.

Dodos were exploited for food and exhibition, and the explorers had no concern for what their arrival meant for endemic species. Dodos had always had resources available, and they had not adapted to compete.

Where did dodos live?

In Mauritius there is a dry season and a wet season, so it is believed that the dodo adapted to these conditions: they built up fat reserves during the wet season to use during the dry one.

It is believed that their diet was linked to the tambalacoque tree. This tree, also known as the dodo tree, is endemic to these islands and lives for a long time; its wood is highly valued. Scientists believe that dodos fed on tambalacoque tree, as well as on fruits, bulbs, roots, nuts and perhaps small insects.

Could the dodo's extinction have been avoided?

As you have seen, there were several reasons behind the dodo's disappearance. The arrival of humans marked the beginning of the end for the dodos, as they were animals without a defensive instinct who easily became prey to hunters and other animals.

Had dodos lived on more than one island, or had they been a natural predator, they would have adapted to escaping carnivores and threats and to live in more than one environment. Nonetheless, dodos became obsolete in their own habitat in a matter of years.

If humans had introduced this species to other parts of the world, perhaps dodos would still be with us. Some specimens were taken from the island, but only as isolated individuals and not with the aim to breed them. Moreover, many dodos were simply taken dead and stuffed. A sad tale indeed.

Now that you know why did the dodo become extinct, stay at AnimalWised and learn all about endangered wildlife!

If you want to read similar articles to Why the Dodo Became Extinct, we recommend you visit our Facts about the animal kingdom category.

Interesting Facts About the Sable-Tooth Cat
The True Story of Balto, the Dog that Became a Hero
Is the Megalodon Still Alive?
What are Wild Horses? Horse Subspecies Around the World
Related categories
Endangered animals
Most read
1.
What Animal am I According to my Zodiac Sign?
2.
10 Most Beautiful Animals in the World
3.
What Does It Mean When a Cat Shows Up at My Door
4.
The 10 Most Solitary Animals in the World
5.
Why do Dogs Get Stuck when Mating?
6.
My Female Dog In Heat Won’t Accept A Male - Causes
7.
How Many Types of Lions Are There?
8.
Animals With Scales - Full List
Types of Tigers Around the World: Tiger Subspecies
Crabs of the Bering Sea
The 5 Oldest Animals in the World: Ancient Extant Species
All About the Wolves in Game of Thrones
The Origin and Evolution of Animals
The Origin of the German Shepherd: History and Fun Facts
How Many Types of Lions Are There?
The Most Exotic Animals in the World

Why the Dodo Became Extinct 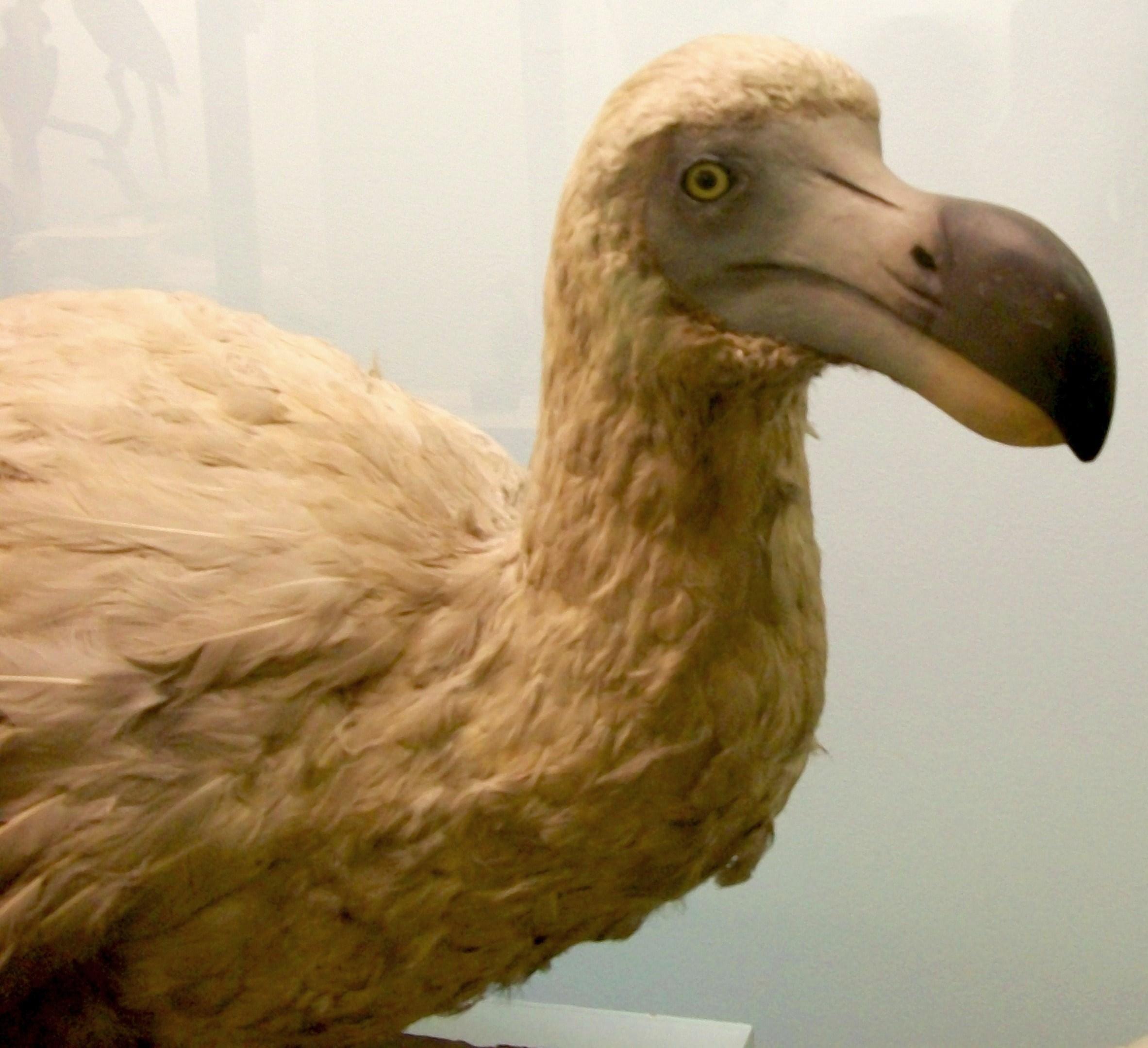 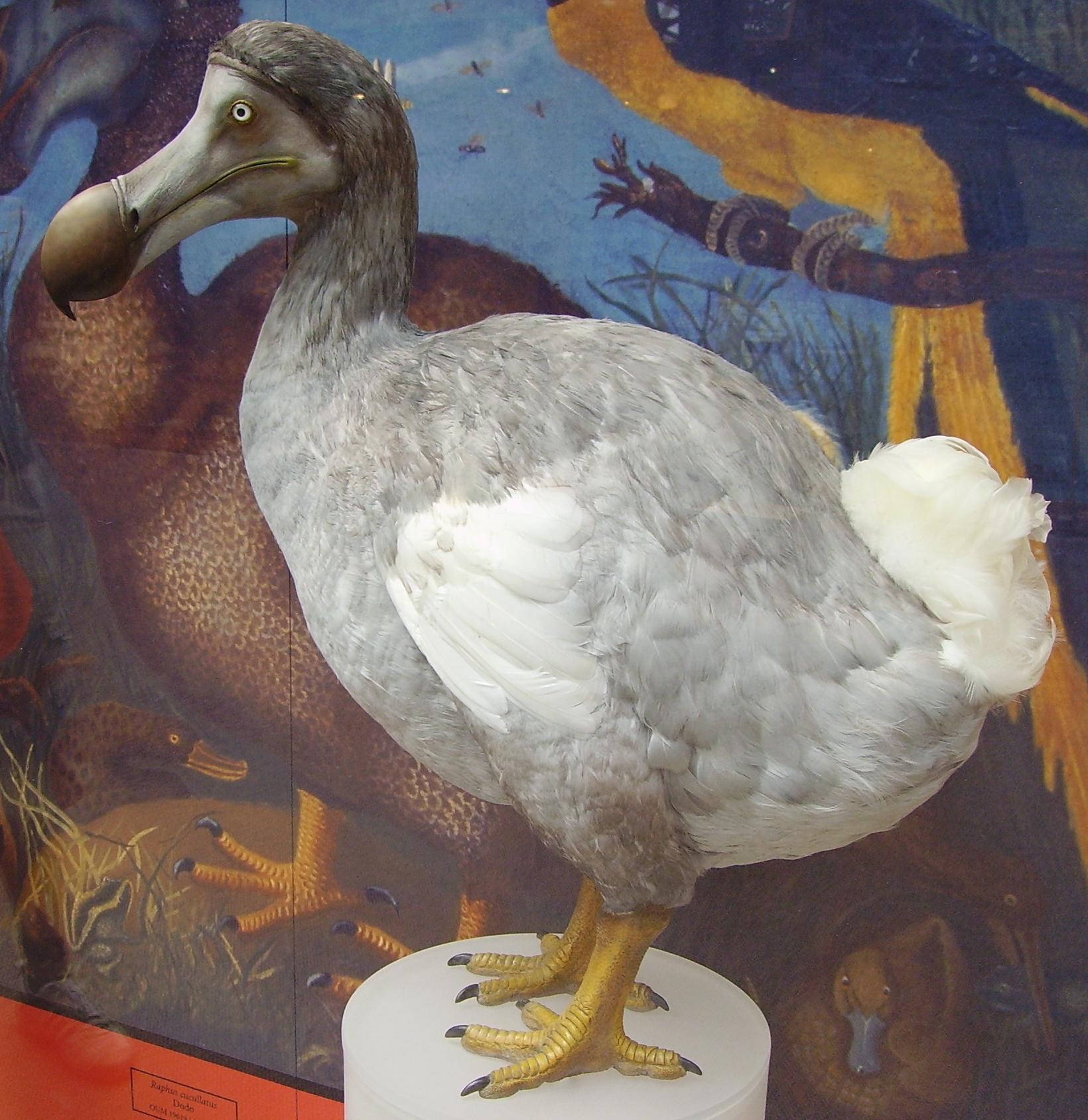 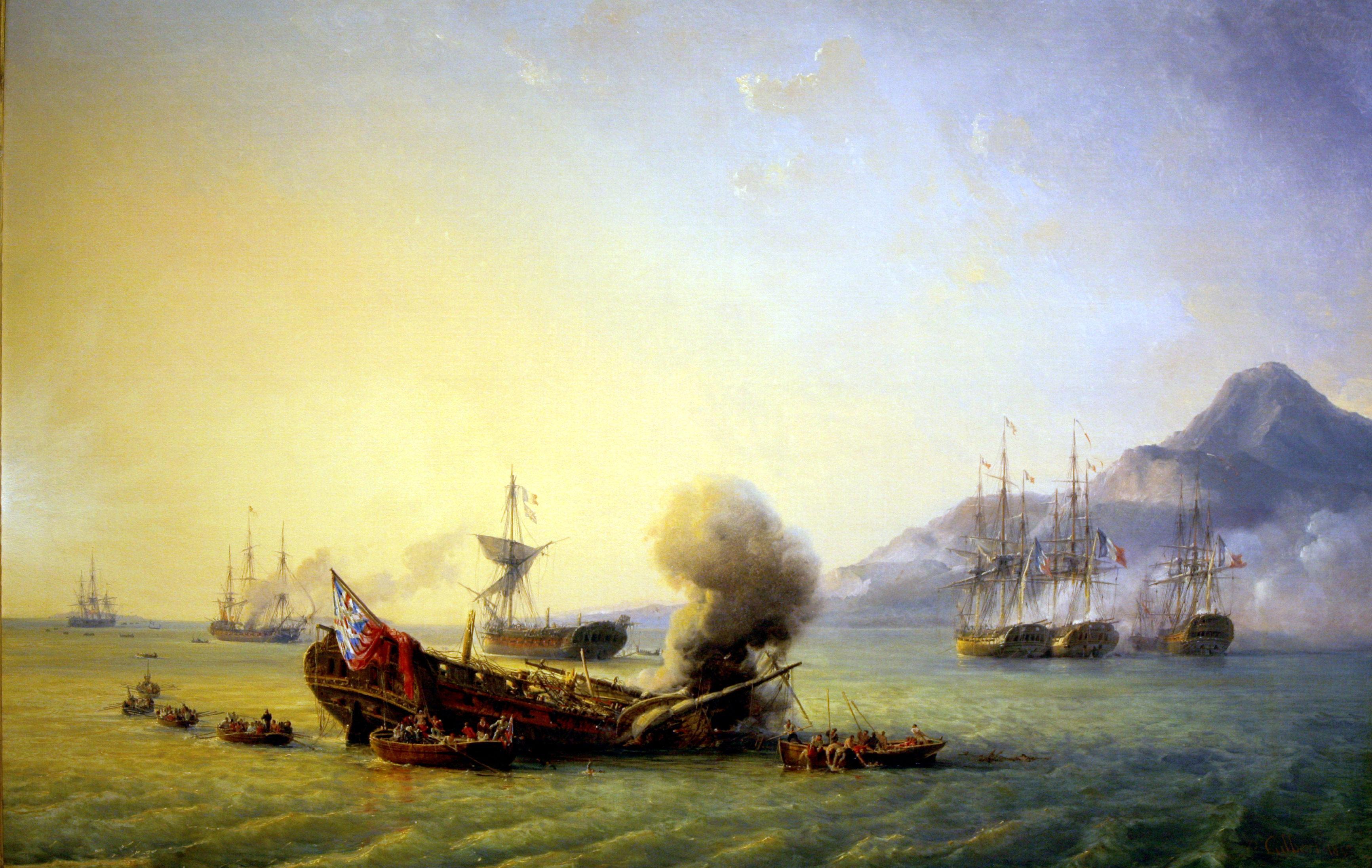 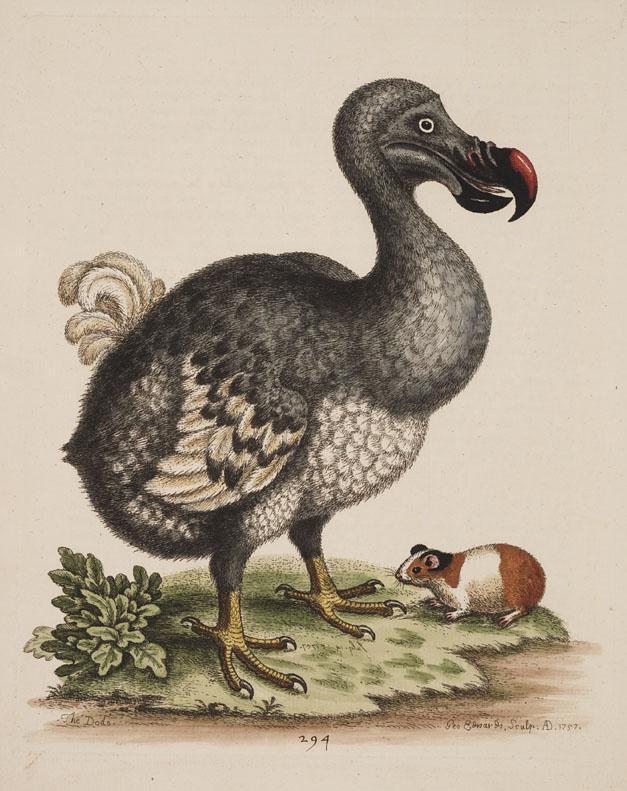 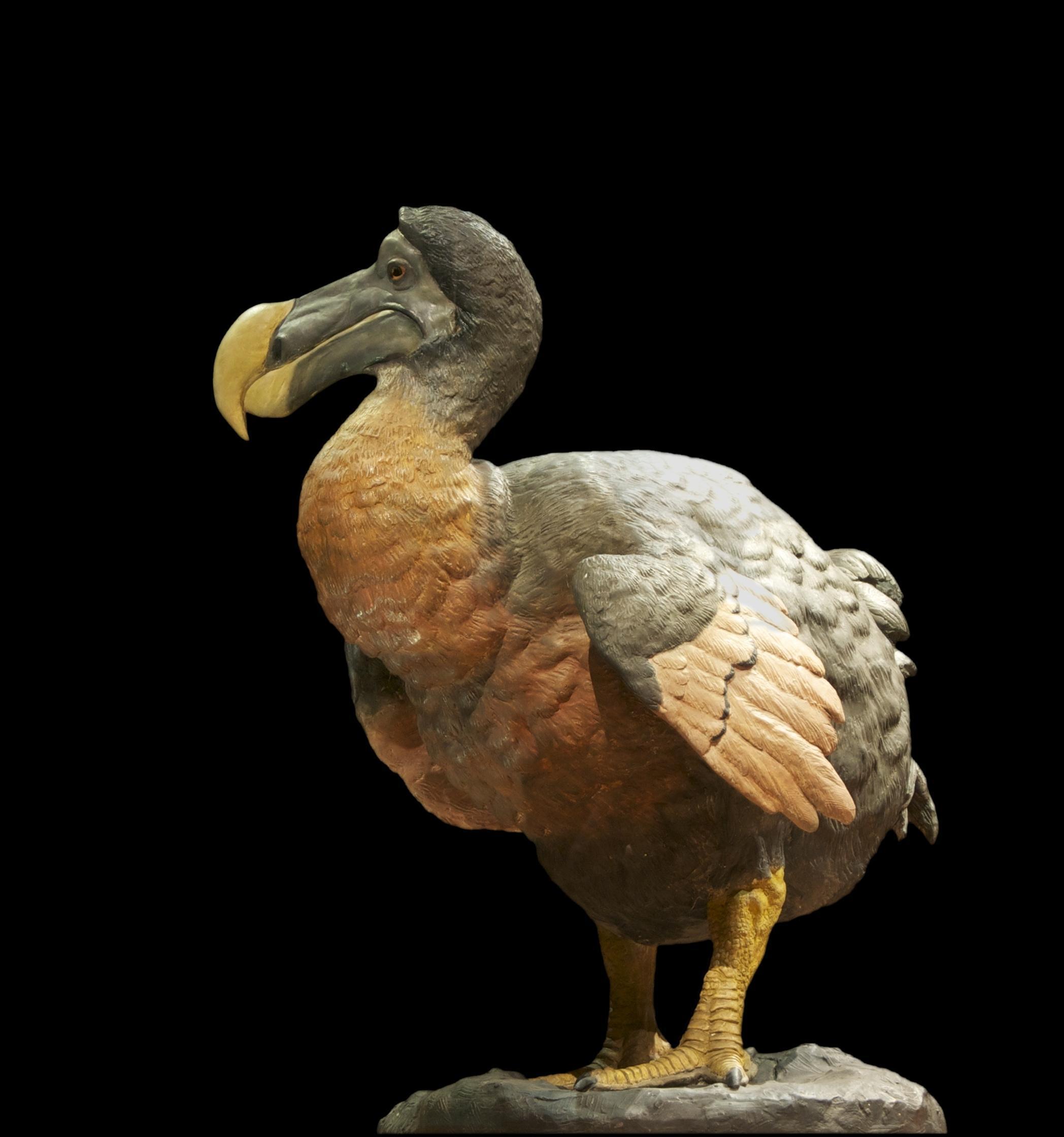 1 of 6
Why the Dodo Became Extinct
Back to top