Benefits Of Cinnamon For Dogs

Cinnamon is a spice which can be used in powder or branch form. Humans use cinnamon to contribute flavor and aroma to our foods. Cinnamon is a species obtained from the inner bark of an evergreen tree called cinnamon, cultivated mainly in Sri Lanka, India and in South Asia. This plant adapts optimally to warm and humid climates, with sandy loam soils and excellent drainage.

For many years, it has been believed that cinnamon could be harmful to pets, so it was avoided in their diets. However, with the advance of veterinary medicine, it has allowed us to understand that cinnamon actually has many health properties for our animals. Therefore, in this AnimalWised article, we aim to discuss the benefits of cinnamon for dogs, its doses and uses.

You may also be interested in: Benefits of Homemade Dog Food - Complete Nutrition Guide
Contents

Before explaining the benefits of cinnamon for dogs, it is important that you know the nutritional composition of this spice. This allows for better understanding of its actions. According to the database of the USDA (Department of Agriculture of the United States), 100 grams of cinnamon contain the following nutrients:

Is cinnamon good for dogs?

The benefits of cinnamon are numerous and commonly known worldwide. The positive impact of cinnamon properties for dogs has recently been proven by numerous scientific studies recently. We can safely say that cinnamon is not toxic for dogs if administered properly and over the watchful eye of a veterinarian. Below, we offer you a summary of the main charitable properties of cinnamon.

Cinnamon is rich in eugenol, an oily and aromatic substance that contains remarkable anti-inflammatory and antiseptic action. Therefore, its compounds are widely used by pharmaceutical and cosmetic industries in the manufacturing of medicines, creams, analgesic and antibacterial/antiseptic ointments. Eugenol can also be found in high concentrations in natural sources such as cinnamon, cloves, nutmeg, pepper Jamaica, basil, bay leaf, etc.

These anti-inflammatory properties also make for an excellent muscle relaxant and pain reliever. Cinnamon is effective in relieving: menstrual period discomfort, cramps, bruises or chronic inflammatory processes, such as arthritis [1].

In addition, eugenol is also considered a natural insecticide, so cinnamon and/or clove essential oils are often used in the manufacturing of household repellents against mosquitoes and other insects.

Cinnamon contains natural antioxidants such as vitamin C and flavonoids. The action of these compounds in the body inhibits the oxidation of LDL cholesterol and prevents adhesion of lipid and insoluble plaque on the inner walls of the arteries [2].

Arteriosclerosis (one of the main causes of cardiovascular diseases and strokes) begins with an oxidation of LDL cholesterol molecules, which leads to the accumulation of lipid plaques in the arteries. These plates obstacle sanguine circulation which end up harming the oxygenation of the tissues of the body. Therefore, regular consumption of cinnamon, either through diet or supplements, aids in preventing arteriosclerosis and reduce the risk of myocardial infarction, cardiovascular accidents (CVA) and stroke.

Because of its high content of antioxidant compounds, cinnamon offers carries anticancer properties. Cinnamon is able to protect DNA from oxidative stress and prevent cell damage. In addition, a study published by the United States Department of Agriculture has highlighted the anticancer effects of regular cinnamon use. According to the results obtained in this research, cinnamon-based supplements are recommended to stop proliferation and kill abnormal cells in leukemia and lymphoma [3].

Many years ago, cinnamon tea was used as a potent stomach tonic in many cultures. This is because its consumption improved digestion and relieved stomach pain. In addition, due to its high fiber content and its anti-inflammatory action, cinnamon helps improve intestinal transit, preventing numerous gastrointestinal disorders, such as vomiting and constipation.

Recently, the American Heart Association published the 2017 volume of its Scientific Sections on Arteriosclerosis, Thrombosis and Vascular Biology / Peripheral Vascular Disease. In them, they present us with some preliminary studies that have shown that regular consumption of cinnamon has cardioprotective and hypoglycemic effect. In one of the experiments done, the same high-fat diet was offered to two groups of rats, but only one received cinnamon-based supplements on a regular basis. After 12 weeks, it was found that the animals that ingested cinnamon decreased their body weight and fat concentration in the abdominal region. In addition, this In these tests, scientists also confirmed the antioxidant and anti-inflammatory action of cinnamon.

Therefore, cinnamon is considered a powerful natural remedy to combat and prevent the symptoms of diabetes, cardiovascular problems and dementia. In this way, we can see that cinnamon is particularly good for dogs suffering from diabetes.

Benefits of Cinnamon For Dogs

After noting the remarkable properties of cinnamon, let's review how they can affect our dogs. These benefits include:

Secondary effects of cinnamon for dogs

As we have seen, when consumed in moderate doses, cinnamon offers numerous benefits for dogs and also for humans. However, exaggerated doses increase the risk of bleeding and internal bleeding. On the other hand, due to its high fiber content, cinnamon can also cause diarrhea if consumed in excess. In addition, an overdose of eugenol can cause discomfort, vomiting and even drowsiness.

How to give cinnamon to a dog?

Although it is recommended to respect a limit of ½ teaspoon of cinnamon per day, there is no specific general dose, as it depends on the animal. The dose should be adequate according to the purpose of its consumption and the animal's weight, size and the health status . Therefore, it is essential that you consult your veterinarian before including any supplement in your pet's diet, even if it is a natural product. A trained professional can guide in figuring out the correct amount needed for your animal. They will also tell you the best form of administration in order to obtain the best positive result.

Cinnamon can be given to an animal through liquid form or by adding its powder form to foods.

If you want to read similar articles to Benefits Of Cinnamon For Dogs, we recommend you visit our Homemade diets category.

References
Olive Oil for Dogs - Uses and Benefits
Can Dogs Eat Bread?
Homemade Food for Dogs
4 Cupcakes (Pupcakes) Recipes for Dogs
Related categories
Diet problemsDiets to lose weightDiets to gain weightHealthy dietsLactation
Most read
1.
What is the Best Diet for a German Shepherd Puppy?
2.
How Much Food Should I Feed My Cat?
3.
Why Does My Dog Only Eat Once a Day?
4.
How to Cook Chicken for Cats
5.
Tortoise Food List - What They Can and Can't Eat
6.
What to Feed a 1 Month Old Kitten - Bottle Feeding and Amount
7.
A Homemade Diet for Dogs with Kidney Failure
8.
My Dog is Too Skinny But Still Eats a Lot
Coconut Oil for Dogs
Are Sweet Potatoes Good for Dogs?
Is Honey Good for Dogs?
Are Cherries Bad for Dogs?
Is Tuna Safe for Dogs?
Is Celery Good for Dogs?
Vegetarian Recipes for Dogs
Are Blackberries Good for Dogs to Eat?

4 comments
Btaillefer
25/06/2019
What cinnamon do you give the composition? Can we have the reference of the USDA website?
Gary mcdaniel
25/05/2019
O p q r s t u ill tell you what I think of you yall is excellent thanks much
Rating:
Vanessa
18/01/2019
I found this article very detailed and informative. The content is also clear with full descriptions and advice on how to use the valuable information. Thank you.
Rating:
kim ok sang
19/12/2018
it is a very good story
Benefits Of Cinnamon For Dogs 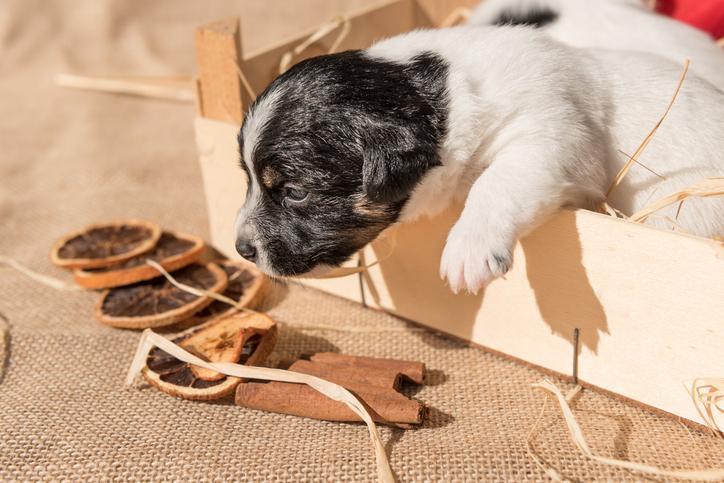 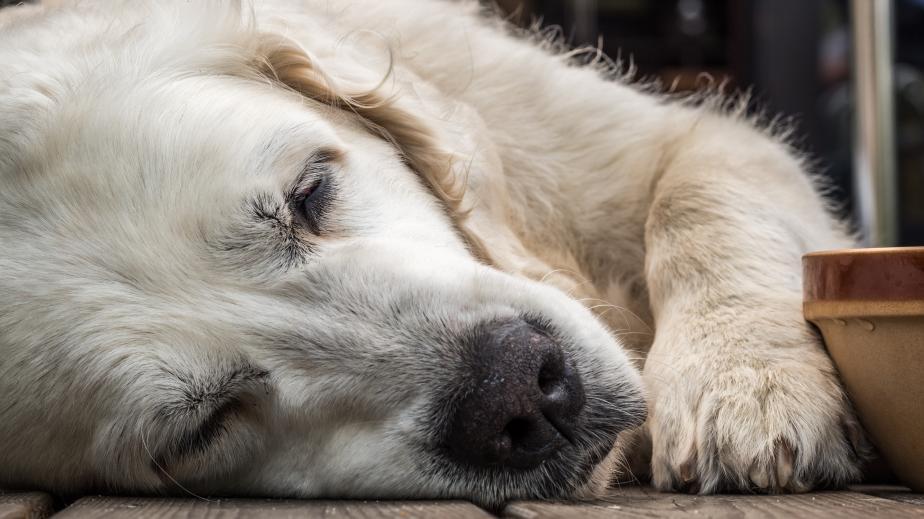 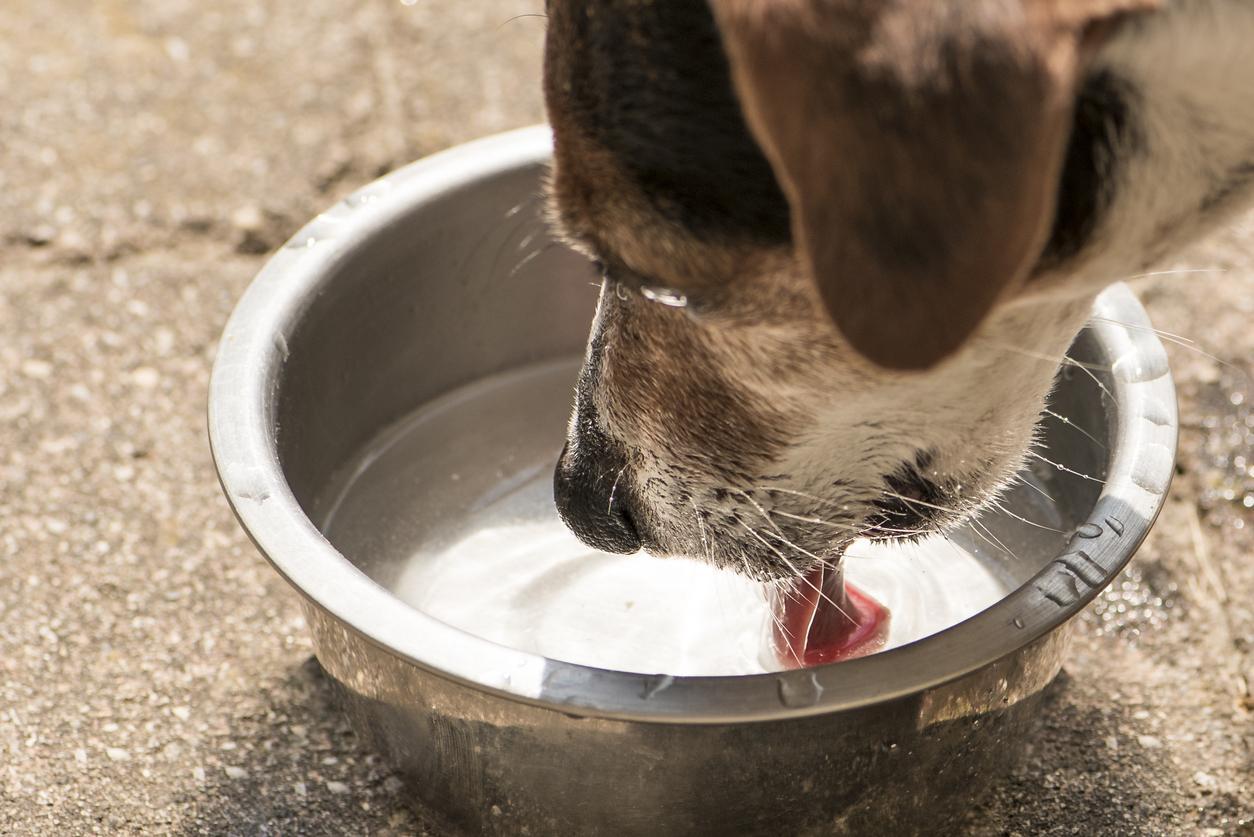 1 of 3
Benefits Of Cinnamon For Dogs
Back to top