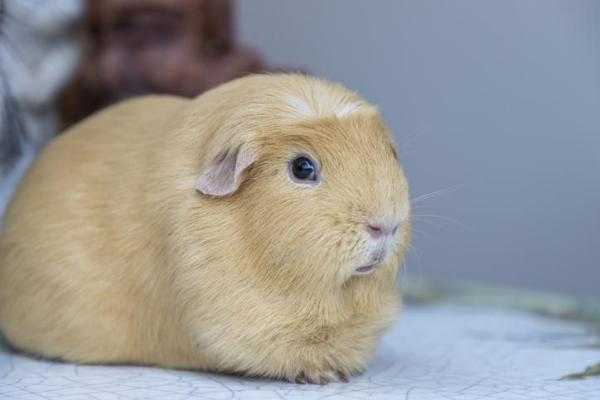 Guinea pigs are becoming more popular as pets, especially for those who live in cities or have little communal space. Despite this popularity, there are still many caregivers who are missing some basic information about their basic needs. When these needs are neglected, physical and psychological problems can ensue. This is why we should read as much as we can about these animals before we adopt them into our families.

Diet is the fundamental pillar of any companion animal's care. This is why AnimalWised asks the question, can guinea pigs eat bread? To answer our question, we look at the various nutritional needs of guinea pigs, how we can best feed them and any other pertinent dietary information.

You may also be interested in: Can Rabbits Eat Bread?
Contents

The first thing we need to know when adopting a guinea pig is that they are a herbivorous rodent. Moreover, they practice something called cecotrophy. This is the process of ingesting cecotropes, a type of fecal pellet which still contains undigested food, despite having already been passed through the digestive system. This process allows the guinea pig to absorb nutrients which would otherwise be lost. In many animals, coprophagy (eating feces) is a sign of ill-health. In guinea pigs, other lagomorphs and similar animals such as the paca[1], it is perfectly natural behavior.

Despite the ability to eat their own feces, guinea pigs have a sensitive digestive system. It is relatively common for them to suffer gastrointestinal problems. Stress, sudden dietary changes, the intake of foreign objects and hair accumulation can all lead to digestive issues.

Another issue with guinea pig diet is due to their dentition. A guinea's teeth never stop growing over the course of their lifetime. Instead, both their molars and incisors are slowly worn down. This occurs naturally due to the type of food they eat, as well as by gnawing on wood and other objects. This is another reason we need to be careful with the type of food we give our guinea pigs.

Although guinea pigs have grown in popularity as companion animals, published information regarding their dietary requirements is relatively scant. We do know that they need to be provided with an unlimited supply of low-calcium hay. Since guinea pigs cannot naturally synthesize vitamin C, it will need to be added to their diet. The 10 mg/kg of vitamin C they need per day can be provided via a balanced diet or by giving them supplements.

There are conflicting reports over whether to give guinea pigs fruit. Some claim they should be given some, others none at all[2]. Although there are helpful vitamins in fruit, the high levels of sugar mean it needs to be limited in their diet. Vegetables are also supplementary.

If a guinea pig is given inadequate food, is living in stressful situations or has intestinal parasites, they will develop gastrointestinal issues. These can manifest in different symptoms such as bloating, appetite loss or diarrhea.

In a guinea pig's natural environment, they will ingest vegetation of varying types. While we provide hay and other food for them, their diet should resemble the one they have in the wild as much as possible. An adequate diet should contain about 70% fresh hay, 20% of vegetables and fruit (only a small portion of fruit at most) and 10% guinea pig feed pellets.

This brings us to our question over whether guinea pigs can eat bread. As you can see, bread is not a requisite part of their diet. However, it is also not a prohibited food for guinea pigs. If you give leftover crusts to your guinea pig or they eat a small piece of whole wheat bread, it will not cause them harm. Bread is only bad if eaten in large quantities or if it replaces vital nutrients in their diet.

Also, the type of bread is important. Whole wheat and white flour bread will be fine. However, if the bread contains anything bad for guinea pigs such as onion, mushrooms or cheese. Similarly, sweet versions such as banana bread are strictly off limits. Chocolate and other sweets will provide no nutrition and can result in diabetes[3]. There should also not be anything on the bread, such as peanut butter or jam, since these are difficult to digest.

Generally, bread should not be given to guinea pigs since it will not provide much benefit. However, it is fine if it is eaten every once in a while in small portions. Since vitamin C is required, but fruit needs to be provided in limited amounts, parsley, spinach, broccoli, yellow peppers, kale and other vegetables should be provided. However, commercial feed should also have enough vitamin C to prevent diseases such as scurvy.

How to properly feed a guinea pig

Guinea pigs have a tendency to develop preferences for certain foods from the time they are small. This can lead them to focus their energy on consuming a limited range of foodstuffs, despite us offering a varied selection in their diet. The result will be an unbalanced diet which leads to nutritional deficiencies and a range of potential health problems.

This is another reason we should limit or avoid bread consumption in guinea pigs. If an individual guinea pig develops a taste for bread, it may affect their ability to eat what they should.

Additionally, guinea pigs are very sensitive to changes in their routine. If we provide their regular food in a different way or even change brand, they may refuse to eat it. One way to help combat this is by providing a range of foodstuffs from the early stages of their lives. Any change to their dietary habits should be made progressively. However we feed our guinea pigs, it is vital they have a constant supply of fresh hay at their disposal. Also, wash any other fresh ingredients in case there are any pesticides or additives.

Guinea pigs can consume cereals, but it is better to offer them separately from bread (i.e. not bread which has cereals baked into them). Also, guinea pig consumption of cereals needs to be limited to small quantities. Nuts, seeds and barley can be used as a treat instead.

How often you provide certain foods to your guinea pig is also important. A couple of times a month, celery, eggplant, zucchini, tomato and carrot can be offered. Approximately once a week, chard, artichoke, broccoli, spinach, cucumber, lettuce or fruit can be provided. Foods such as peppers, cauliflower, endive, cabbage or arugula can be consume daily.

Fish, eggs, meat, dairy products, candy, onions, canned food, potatoes and juices are all forbidden foods for guinea pigs. They will not likely eat them in the first place, but their consumption is bad for their biology.

If you want to read similar articles to Can Guinea Pigs Eat Bread?, we recommend you visit our Homemade diets category. 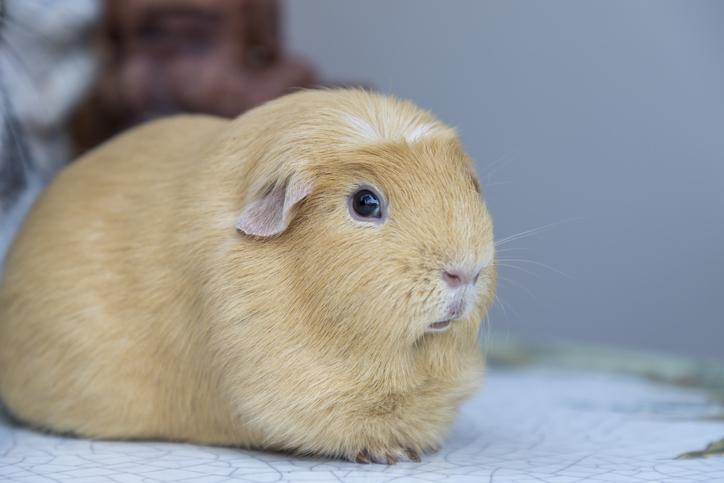 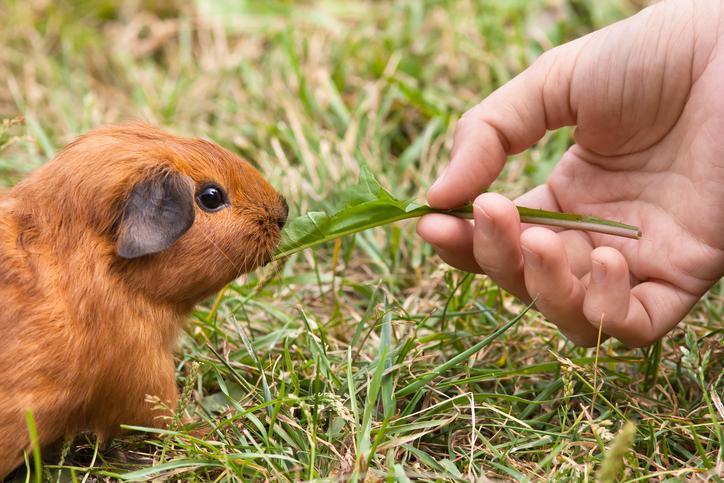 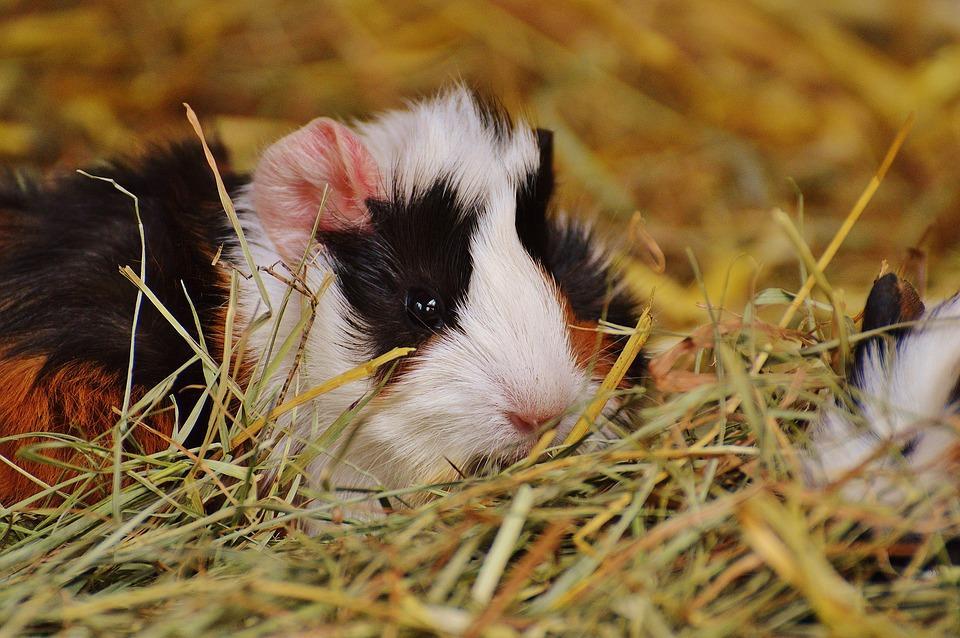 1 of 3
Can Guinea Pigs Eat Bread?
Back to top