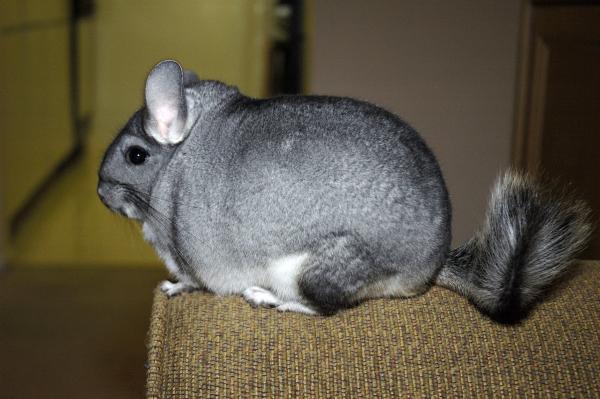 Long-tailed chinchillas (C. Lanigera) are one of two chinchilla species. Although endangered in the wild, these rodents are now becoming popular house pets in many countries around the world.

If you're considering adopting a long-tailed chinchilla, keep reading this AnimalWised breed sheet where we will go through their character, characteristics, care, health and more!

In 1820, these animals were sent to London and Hamburg to be presented in zoos. Later, in 1874 a man by the name of John Murray started breeding these chinchillas in Chile. In 1918, Mathias Chapman decided to bring 12 chinchillas to the U.S.A to breed them for the fur industry. However, it wasn't easy as only 3 of them were female. Nevertheless, thanks to Chapman these chinchillas are now becoming popular as house pets.

In the wild, both species of chinchillas are endangered and are now protected under different conservational laws. These conservational laws began in the 1890s in Chile but are now also in place in other countries, such as Argentina, Bolivia and Peru. This law prohibited the hunting and commercial harvesting of chinchillas. Unfortunately it only made the prices and the demand for the chinchillas increase.

In those times, chinchillas were bred for the fur industry and weren't considered as house pets. Thankfully, the first successful protection law, passed in Chile, was in 1929 because of the successful reproduction projects in captive environments. This way, chinchillas were less hunted in the wild.

Chinchillas commonly have big round eyes, which are under-developed due to being nocturnal. The colours vary from black, red and ruby. Due to their under-developed eyes, chinchillas have long whiskers that help them create a mental map of their surroundings. Chinchillas have huge ears that extend from the top of their head. They have a hearing range of 125 Hz -16 kHz. This is why they can get easily startled by sudden movements or sounds.

Chinchillas are well know for their long, soft, dense fur. To put into perspective the density of their fur, an average human has between 1-3 hairs per follicle whereas a chinchilla can have to up 80 hairs per follicle. This is why it's best not to over-handle them as they can easily lose their fur. It's also important to mention that these animals are nocturnal animals. Meaning that they are mostly active at night. We also encourage you to read our article on why chinchillas squeal, in order to learn more about how they express themselves.

Chinchillas are very playful, energetic and docile animals. As they are nocturnal animals, they are mainly active at night. These animals can be kept as pets, however, they're not recommended for children due to their high-strung disposition. Instead, they are best for patient caregivers that can provide them with their unique needs.

Just like other rodents, they are very alert and sensitive to loud sounds and sudden movements. This is due to their sensitive hearing that helps them survive in the wild by escaping predators. This is why we need to leave their cage in a calm area in our home and be careful when approaching them so as to not frighten them.

They are actually thought to be smarter than rabbits and can be trained to do certain tricks through positive reinforcement.

Caring for a chinchilla is fairly simple although they do differ from other rodents. When it comes to diet, they are herbivores. You can provide them with a wide variety of fresh vegetables to munch on, as well as store-bought healthy chinchilla pellets. Other than that, they will need fresh water in their cage everyday. Learn more in our article about what chinchillas eat.

The Michigan Humane Society recommends keeping domestic chinchillas in a wire mesh cage with a solid floor. The cage should be well ventilated and kept dry and cool in temperatures from 60 to 70 F (16 to 21 C). If you have two chinchillas, it's best to keep them in separate cages as they are said not to get along with other chinchillas in one cage. 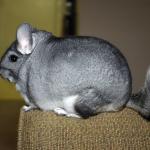 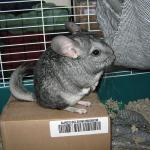 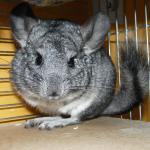 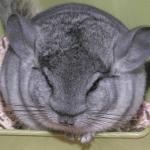 Upload a picture of your Long-haired Chinchilla 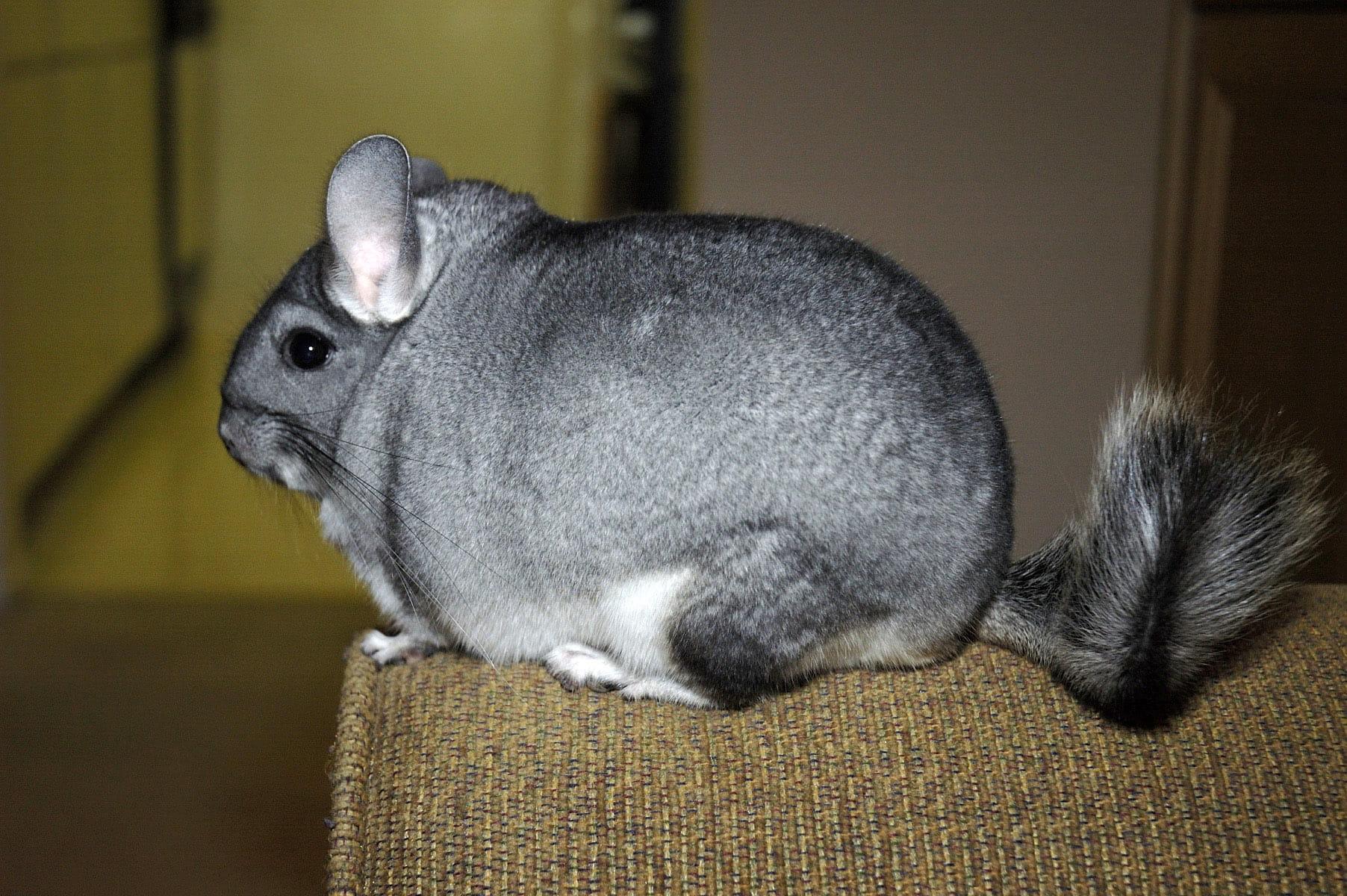 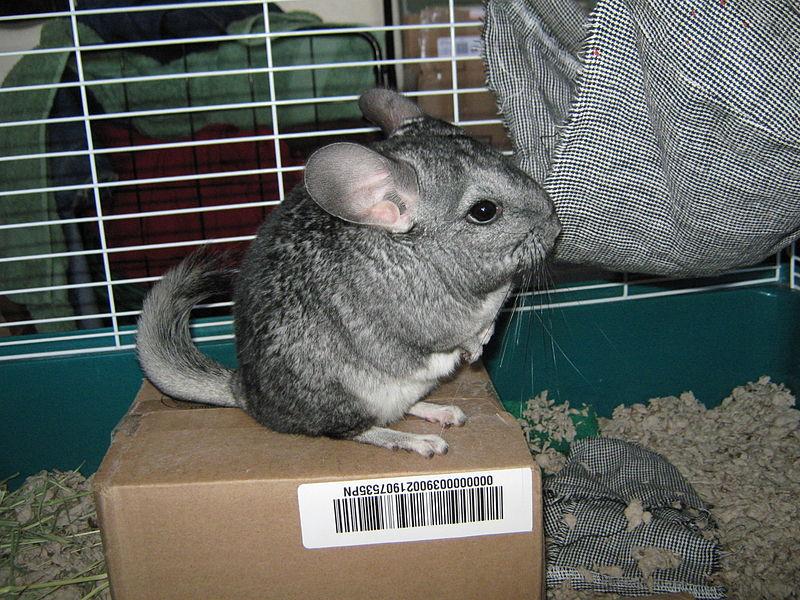 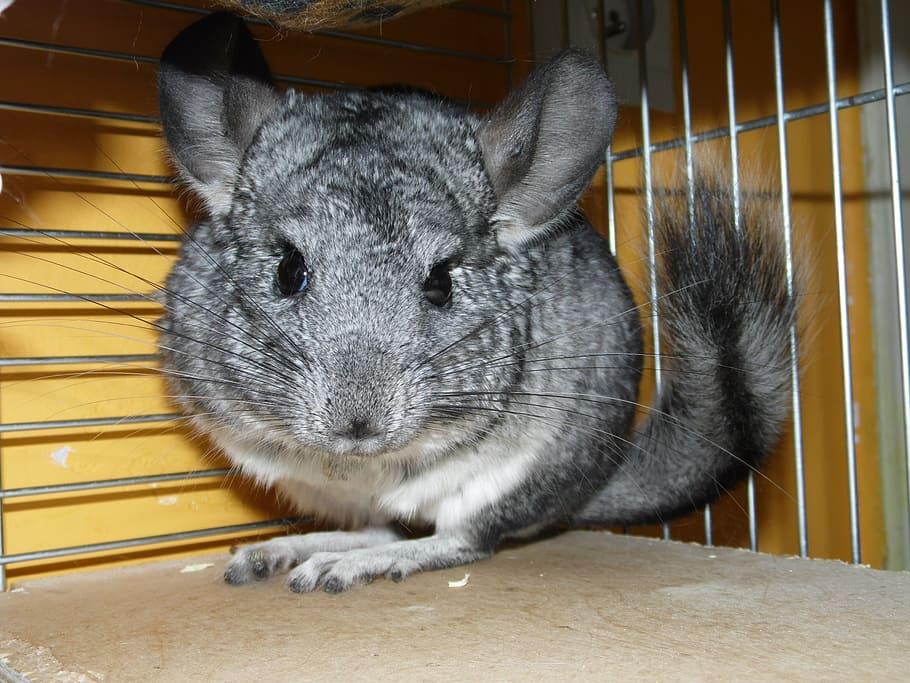 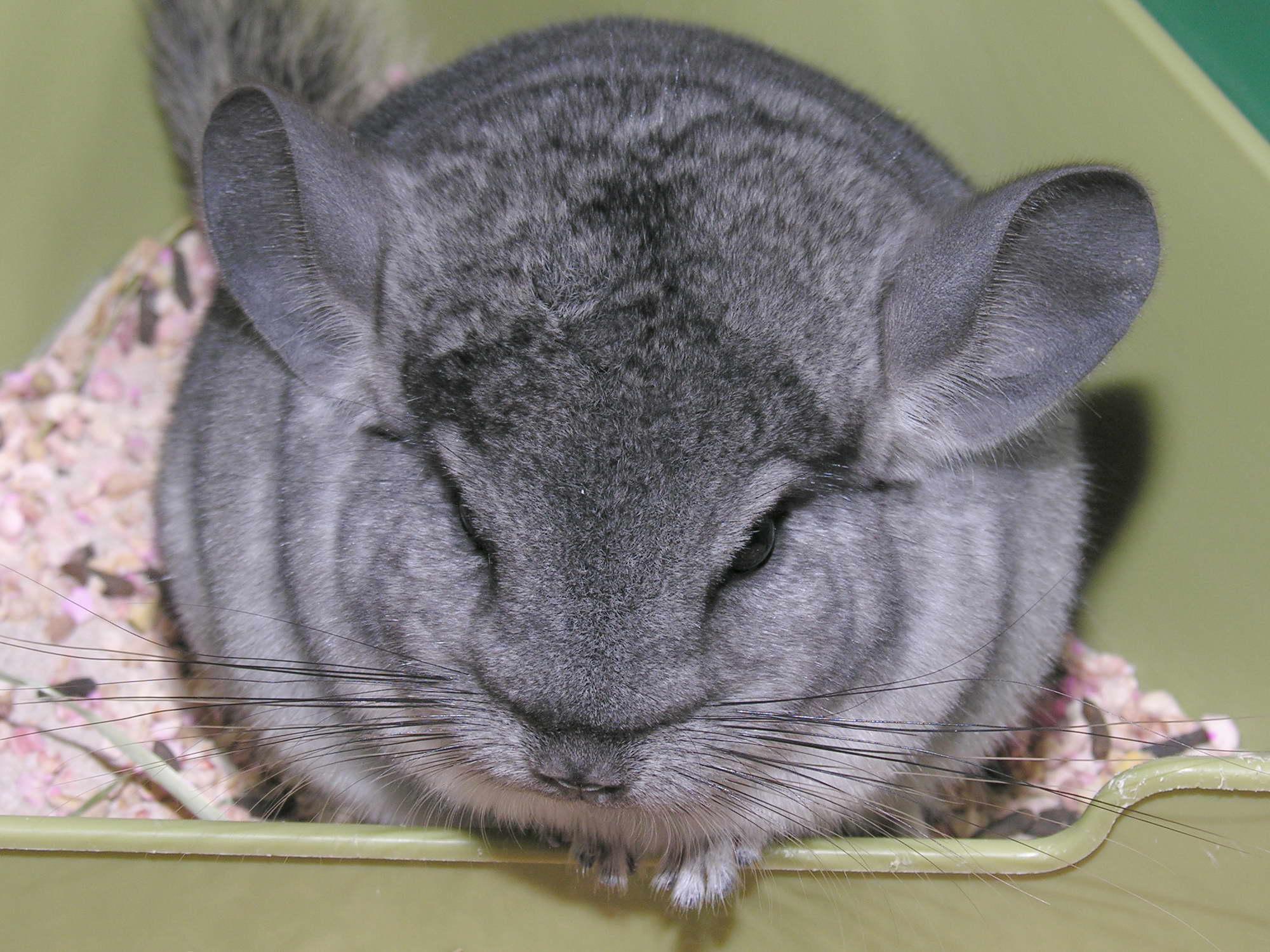 1 of 4
Long-haired Chinchilla
Back to top