My Cat Has Warts - Types, Causes and Treatment

By Laura García Ortiz, Veterinarian specialized in feline medicine. May 12, 2022

Warts may be easier to see on human skin, but cats are also susceptible to them. As with humans, warts on cats can have various underlying causes. They are generally benign skin growths, but the types of warts cats can develop are specific to the species. Many are related to the feline papillomavirus, but some can develop into malignant tumors such as carcinomas. They most often occur in cats which have a compromised immune system, such as elderly cats or those with immune-mediated diseases.

At AnimalWised, we look at why my cat has warts. These skin lesions usually appear when the cat's immune system is low and cannot control their growth. In many cases, treatment is not necessary, but this is not always the case. For this reason, we look at the different types of warts on cats.

You may also be interested in: Cat Cyst Types, Causes and Treatment
Contents

What are warts on cats?

As cat guardians, we may wonder whether warts are something which can affect cats. Warts are skin lesions that consist of protuberances which stand raised from the skin. They can be of varying consistencies and shapes, although they are usually somewhat spherical, but flattened to the skin. Although we may not be able to see them due to their fur, cats can develop warts.

The vast majority of warts on cats are caused by the feline papillomavirus (PVF) which was only sequenced in 2002. Other viruses have not yet been sequenced, but many are able to cause warts to develop on cats.

Warts are usually benign and will not cause a problem or bother the cat. They usually disappear on their own and do not spread to other body locations. They are most frequent in older, sick and immunosuppressed cats. In some cases, they can evolve into a malignant tumor such as feline squamous cell carcinoma or not disappear.

Causes of warts on cats

As we have mentioned, the main cause of warts in cats is the feline papillomavirus. This virus is transmitted directly through contact with an infected cat. It passes through areas of the skin that are injured or open, such as bites, burns, wounds, scratches or deep bites. It can also be spread through an infected cat's toys, food and water. There are many cats that carry this virus and do not show any symptoms of disease, but are potential vectors.

Initially, the cells that become infected through abrasions or skin lesions are the basal cells of the stratum germinativum. This infection produces hyperplasia and a delay in the maturation of the stratum spinosum and granulosum cells. It is in these cells where protein synthesis of the virus takes place which infects the stratified squamous epithelium of the skin.

When the virus is in the cat's body, it begins to attack the cells and alters their normal functioning. This causes them to divide more frequently. In turn, it also activates genes that promote the growth of cancer and other cells. It also interrupts genes that control or prevent the spread of these cells. For this reason, the virus can trigger malignant tumors in some cats, especially those whose immune response is compromised, such as older, sick and otherwise immunosuppressed cats.

Types of warts in cats

Many cats with papillomavirus have a strong immune system that limits the hyperplastic actions produced by the virus on skin cells. In some cats, immunity is insufficient and can cause four types of symptoms caused by papillomavirus in cats:

In addition to feline papillomavirus, bovine type 14 causes feline sarcoid. These are fibropapillomas that appear as firm, non-ulcerated masses in the area of the lip or subnasal fold. These lesions tend to re-emerge after removal and produce local infiltration.

Treatments of warts on cats

Once the lesion has been located in the cat, the diagnosis must be confirmed by taking a sample in the form of a biopsy. Diagnostic tests such as immunohistochemistry and electron microscopy will be performed to observe viral particles in the keratinocytes.

Papilloma virus in cats does not require treatment. Most commonly, the cats will eliminate warts naturally when their immune system is able to control the virus. In these cases, treatment or removal is not necessary.

When these lesions do not disappear on their own in about two months or if the cat is old, immunocompromised or very sick, surgical removal could be considered. The purpose of surgery is to prevent them from becoming more serious lesions such as carcinomas. It is also the optimal treatment for lesions such as viral plaques or Bowenoid carcinoma. In some cases warts can also be removed by cryosurgery.

When surgery is not an option, such as when the cats are very frail, imiquimod therapy can be attempted. This drug would not control underlying causes of feline sarcoid. Interferon may be administered to modulate the immune response.

Home remedies for warts in cats

There are no home remedies for warts in cats. Given the seriousness of the potential causes and ramifications, you need to go to the veterinary center so that the professionals can guide you on the best therapeutic plan for your feline.

If you want to read similar articles to My Cat Has Warts - Types, Causes and Treatment, we recommend you visit our Skin problems category.

My Cat Has Warts - Types, Causes and Treatment 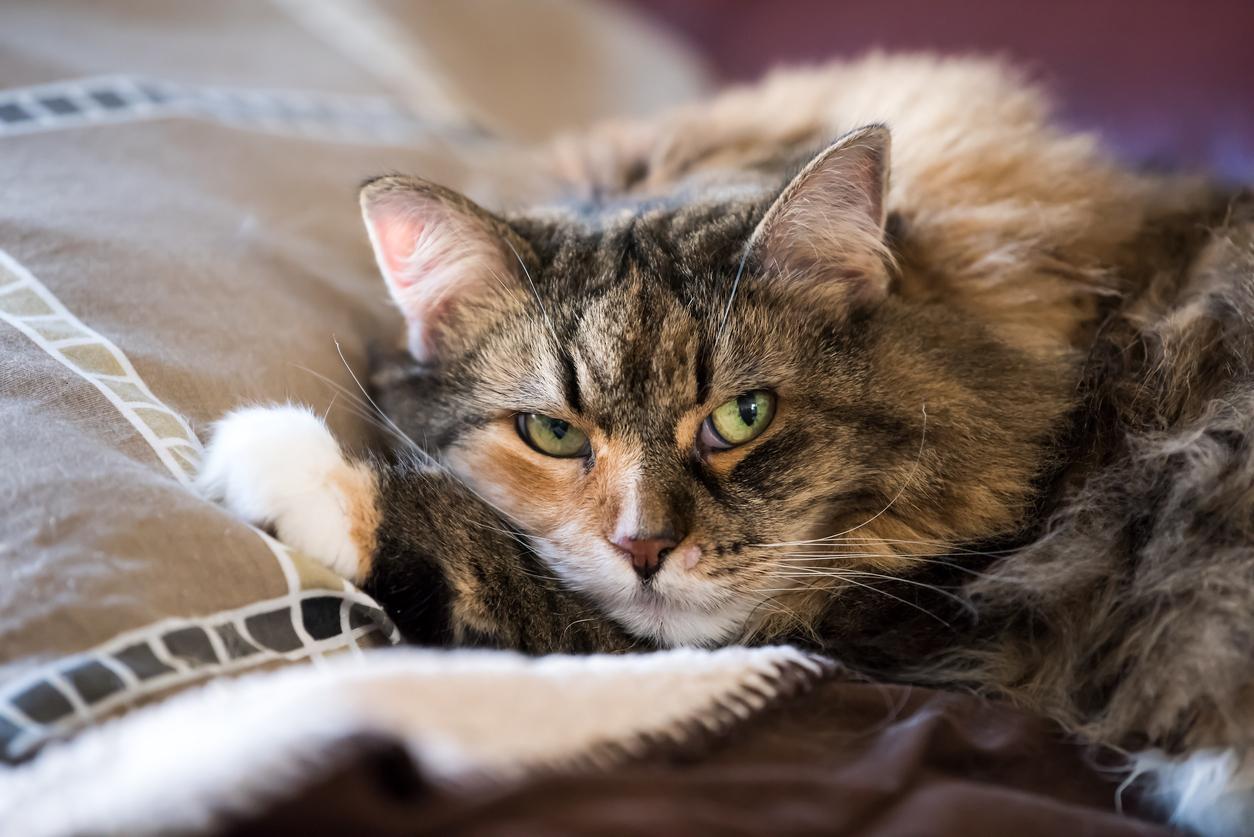 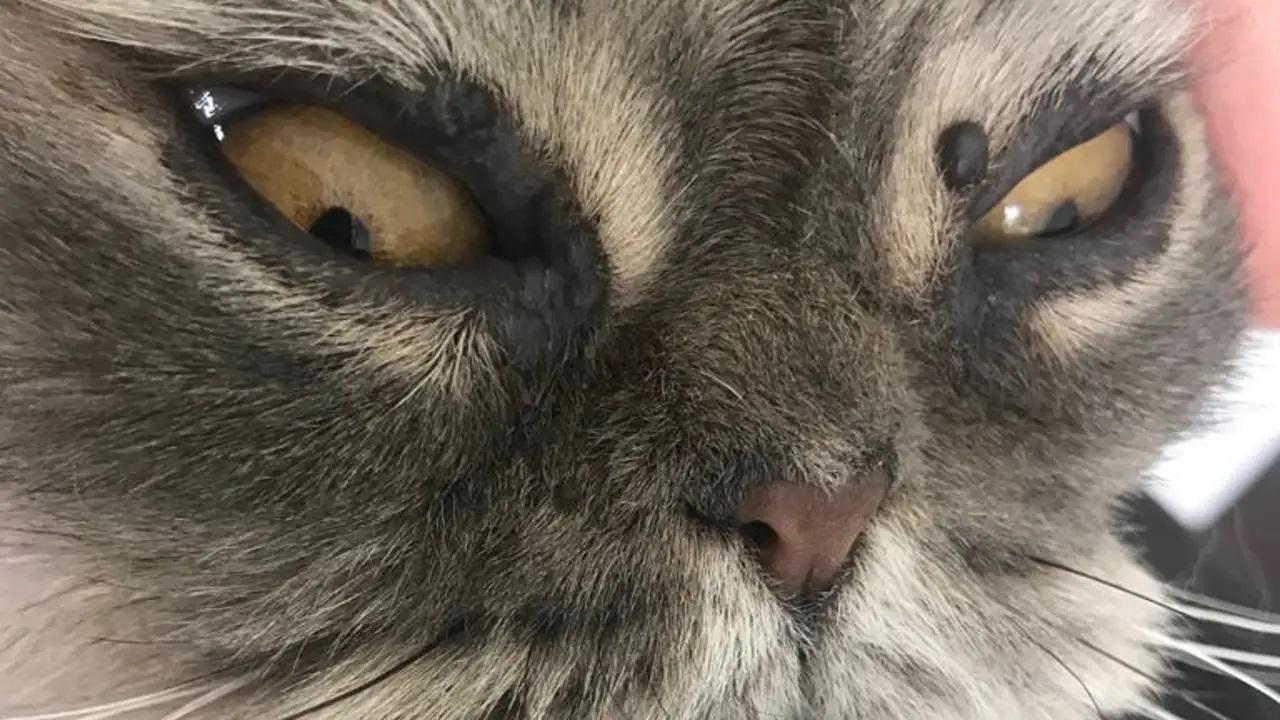 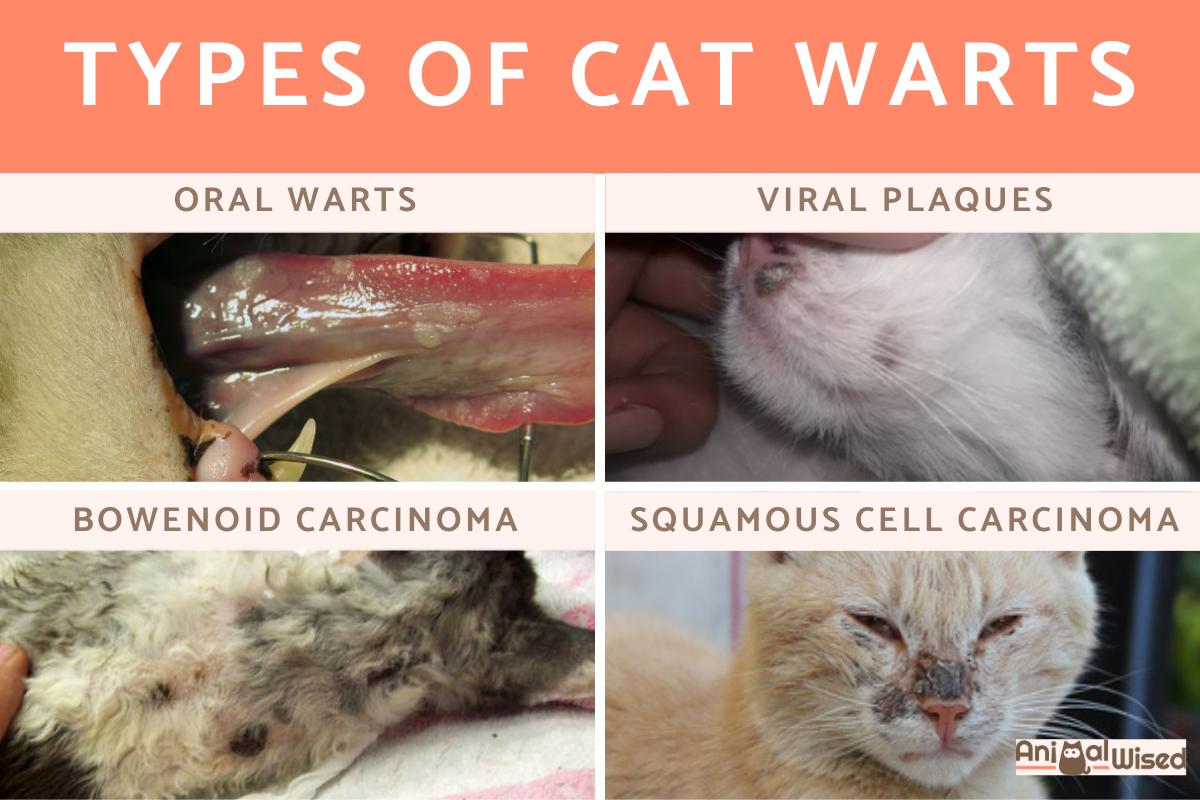 1 of 3
My Cat Has Warts - Types, Causes and Treatment
Back to top