There are things our dog can do which are frustrating. As animals, they interact with their environment in different ways and do not always understand the boundaries of human society. This is why it is so important to socialize and educate dogs from a young age. Eventually they will learn what is appropriate behavior and what is not. They can often perform actions which to us are destructive and we may even perceive as disrespectful. Thinking of the dog's actions in human terms is both incorrect and counterproductive. It can lead to punishing the dog and using negative reinforcement.

At AnimalWised, we look at the negative effects of dog punishment. We understand how this impacts on the dog's health and well-being, as well as show how ineffective it is as a teaching method.

You may also be interested in: My Dog Is Scared of Water
Contents

Types of punishment in dogs

In the field of canine education, both reinforcement and punishment are divided into two general groups: positive and negative. This terminology can generate some confusion, since we are used to associating the word ‘positive’ with something good and ‘negative’ with something bad, but the meaning is more nuanced in this context. We also need to distinguish between the different types of reinforcement of behaviors.

These different types of punishment can be broken down using something called ‘learning theory’. This refers to the approaches we have in canine education and are as follows:

What consequences can punishing a dog have?

All dog swill perform, certain behaviors at different times which can be displeasing to us. These can be as simple as pulling on a leash when walking, but can also include barking at the doorbell, destroying the lawn or any action we find undesirable.

It is not only normal for us to want to inhibit certain canine behaviors, it is necessary to live in the domestic environment. Canine domestication is a process which has taken thousands of years, resulting in the ability of a dog to live peaceably with humans in their homes. Establishing boundaries of behavior and curtailing their wild instincts has resulted in the relationships we have with dogs today.

This process of domestication is a controversial one, but it is also not one which is going to be reversed any time soon. To say that it is a process which has always respected the physical, emotional and social integrity of individual dogs would be untrue. However, it is also untrue to claim punishing or abusing dogs is necessarily the best way to encourage peaceful co-existence.

To understand the best way to train dogs, it is essential to know what the consequences of the use and abuse of punishments in the field of canine education can generate.

Appearance and aggravation of insecurities, fears and phobias

Often, behaviors we consider to be unacceptable are merely natural reactions of our dog to certain stimuli. When something in their environment causes them insecurity, they will react to it. Even the most well-trained dogs can experience something which causes insecurity. However, if the dog is properly educated, they should have the skills to manage these feelings of insecurity and trust with their guardian will help to reassure them.

When we use punishment, it can worsen their fear. This can lead to significant phobias which will have a seriously detrimental effect on their mental health. For example, if you scold a dog every time they bark at another dog on the street, they will start to associate other dogs with fear. When they next encounter one, their mind makes this negative association and it can lead to serious behavioral problems.

If your dog already feels excited or insecure in the presence of other dogs, adding a punishment to this context can cause the stimulus in question to be seen as something increasingly negative and/or threatening, increasing his anxiety. Learn more about canine vocalization with our article on why dogs bark at nothing.

Increased frustration and feeling of confusion

When we adopt a dog, it is important all members of the family agree to establish coherent rules of coexistence. Consistency is vital in canine education. If we do not remain consistent in the dog's training, they can become confused, frustrated and stressed. For example, if some of the family allow the dog on the couch and others shout at them to get off, the dog will not know acceptable rules of behavior.

Similarly, systematically punishing behaviors that are completely normal for a dog will do damage. These behaviors can include eating something from the ground, chasing animals or rolling on the grass. When a dog enacts these behaviors, they are not doing it out of any sense of wrongness. We can try to redirect these behaviors into something more positive, but if we scold and punish them, they will not understand.

Development of stress and anxiety problems

One of the biggest mistakes guardians make with their dog is humanizing them. While it can be fun to enjoy their personalities and pretend as if they were human, treating them as such is harmful. Scolding and punishing dogs is often done without context to the animal. We may assume they know what we mean, but this assumption can be wrong. It is related to the limitations of communication between humans and dogs.

For example, if you come home and a dog has destroyed a couch cushion earlier in the day, you may be angry. You may shout at or punish the dog, but the dog will not know what you are referencing. Their destruction of the cushion may have just been a small bit of fun in their day. From their perspective, you are punishing them for simply being quiet somewhere. This can be very stressful and harmful.

Learning to recognize and interpret canine language is one of the most important factors in sharing a life with a dog. Dogs and humans do not use language in the same way, but they can communicate. Sound is used in commands and conveying emotions, but body language is very important in canine communication. They use body posture, facial expressions and other physical signs to convey emotions and desires.

Some of these are more obvious than others. For example, if a dog is angry, they may gnash their teeth and snarl. However, this is usually after some less-obious signs. Dogs use calming signals to try to defuse certain perceived aggressions. They may look away or yawn to do so, only becoming aggressive when the perceived threat increases.

Since much of the language of dogs is misunderstood by guardians, punishing them can make things worse. If we punish them for snarling or growling, they may feel under attack. In the future, they are more likely to go directly to aggression as a form of expression, which can be dangerous.

Impaired bond between dog and guardian

One of the most obvious consequences of systematic and abusive punishment is the destruction of the bond between the dog and their guardian. A dog that does not feel understood and who is frequently punished will not trust their guardian. Their attitude can become cautious at first and may even turn to aggression.

For example, the fear of being punished is the reason why many dogs avoid returning to their guardians when called. Some guardians will see this as being disobedient and then punish them for it, repeating a cycle which is self-fullfiling. The anxiety that living in an environment of uncertainty of whether they will be punished can cause the appearance of problems such as stereotypies or learned helplessness.

Learned helplessness is a state of pessimism, similar to depression. An animal can develop it when they feel there is nothing they can do to improve the situation in which they find themselves. The result is that they give up and stop responding to the stimuli. Dogs can suffer from learned helplessness when they are frequently subjected to inconsistent, incoherent, painful or incomprehensible punishment.

Assuming they will be punished for their behavior, they stop doing anything and become apathetic. At this point, the guardians consider their training has been effective and that they have managed to educate their dogs successfully. In reality, they often cause so much fear that they do not dare to react. This is something that seriously harms their behavior, health and well-being.

When the punishments are physical and are carried out through harmful methods, they can cause physical trauma. These injuries to the animal can end up requiring urgent veterinary attention. This is the case with electric shock collars, which can cause severe burns, or choke collars, which can lead to tracheal collapse and suffocation.

Is it good to punish a dog?

After reviewing the consequences of punishment in dogs, we can deduce that it is effectively useless to punish our dog. This action will only develop fear, frustration and mistrust in them. For this reason, many dog guardians may find themselves in situations where their dog becomes afraid of them and their bond is seriously damaged. In these cases, it is important to realize the mistake, not to make it again, gain the dog's trust again and, above all, learn to use tools and techniques that respect the animal. 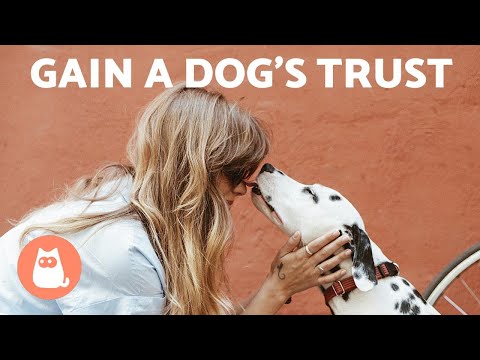 Can you train a dog without using punishment?

Fortunately, there are both tutors and canine education professionals who completely reject the use of punishment which leads to emotional or physical harm. Instead, they rely on training and education methodologies which use science-based understanding and respects the animal's nature.

Cognitive-emotion training focuses on studying, understanding and enhancing the physical, cognitive, social and emotional abilities of dogs. In doing so, we can better manage their environment and interactions according to their needs. In this case, behavior modification is carried out through planned exercises and is based on empathy, not merely bending the dog's will to our own.

These approaches are adapted to the needs of the individual dog and consider the dog's specific needs. They seek to understand the cause of behavioral problems rather than merely trying to change their manifestations, i.e. treating the cause, not the symptom. They do this by providing animal autonomy and encouraging their decision making, where possible.

This and other updated and respectful methodologies with dogs do not have to completely eliminate the use of certain negative punishments. It is understandable, we may have to say ‘no’ from time to time, for example. But they use them in such a way the dog can understand and always within context. No type of physical nor emotional damage should be created and behavior is redirected. Positive reinforcement is used whenever possible.

If you want to read similar articles to Negative Effects of Dog Punishment, we recommend you visit our Basic education category.

Bibliography
Training Your Dog to Use a Muzzle
Bite Inhibition in Dogs
Positive Reinforcement in Dogs
Operant Conditioning in Dogs
Related categories
Behavioral problemsSportsAdvanced educationAnimal games and fun
Most read
1.
My Dog Is Aggressive After Neutering
2.
Tips to Train an American Bully
3.
Why Is My Dog Suddenly Scared Of Me?
4.
How to Stop Your Dog From Peeing Inside at Night
5.
How To Stop My Cat From Biting My Ankles
6.
Why is my Dog Pooping in the House Suddenly?
7.
Best Time of Day to Walk Your Dog?
8.
How to Make a Pit Bull Release its Bite
How to Build a Playpen for Dogs?
Best Techniques for Dog Training
Common Puppy Training Mistakes
Tips to Cure My Dog's Phobia of Cars
What is the Best Muzzle for my Dog?
Cognitive Emotional Training for Dogs - A Complete Guide
15 Common Mistakes When Training a Dog
How to Train a Dog to Pee in One Place 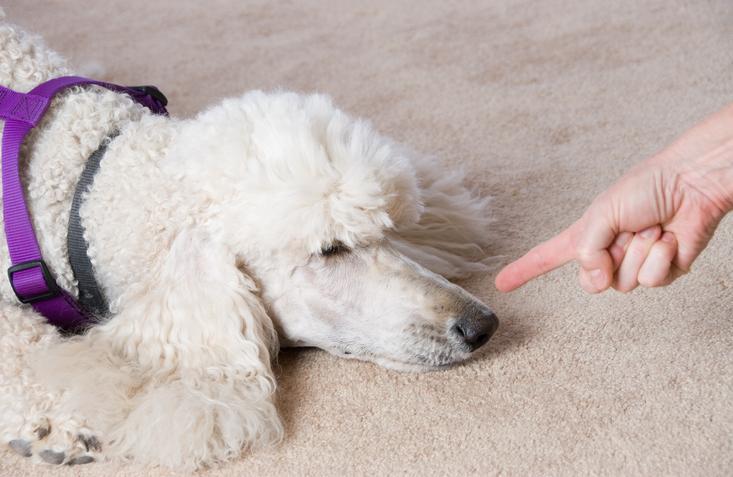 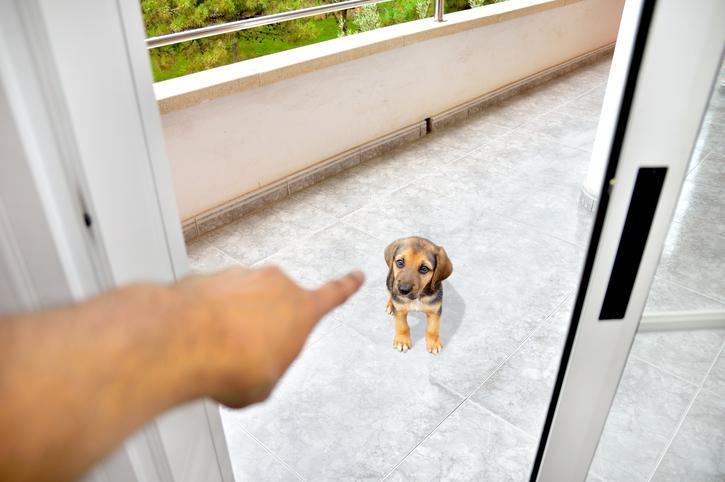 1 of 2
Negative Effects of Dog Punishment
Back to top