Alopecia in cats is a general term for hair loss which can have many causes. Most of these are physiological with various pathologies and conditions resulting in alopecia as a symptom. It is wrong to think that alopecia is only physical in origin. Psychological issues can result in hair loss. This is the case with psychogenic alopecia, a symptom which results from a behavioral disorder.

At AnimalWised, we find out about psychogenic alopecia in cats. We look at its causes, symptoms and treatment so you can know what to look out for and what options are available in terms of preventing this disorder.

You may also be interested in: Lick Granuloma in Dogs - Treatment and Causes
Contents

What is psychogenic alopecia in cats?

It is important to note that alopecia is not a disease. Alopecia is a symptom of various physiological pathologies, as well as psychological conditions. Specifically, it is a general term for hair loss. There are various types of hair loss, some of which are generalized over the cat's body and others which are localized to specific areas. The type of alopecia will depend on the cause.

For this reason, psychogenic alopecia in cats can be considered a compulsive disorder. Cats spend a lot of their time grooming themselves throughout the day. When this is compulsive, the cat overgrooms their coat and removes some of their fur. Since cats have greater access to certain parts of their body, feline psychogenic alopecia usually occurs in localized areas.

Cats don't only lick themselves to groom. You may also see the cat keeps biting themselves and hair starts to fall out. This can also cause damage to the skin underneath.

Causes of psychogenic alopecia in cats

Boredom is one of the most common causes of feline psychogenic alopecia. Cats groom themselves daily with their tongue. This organ is covered in abrasive spines known as papillae. These are useful when removing dirt or substances attached to their fur. However, when the cat overgrooms, the abrasiveness can cause the hair to come out of the follicles and develop bald patches.

This type of behavior is common when cats are home alone for too long. With no human company and insufficient stimulation, the cat's boredom can lead to stress and anxiety. Grooming is not only a practical habit, but it helps the cat to feel relaxed. Cats even do it to each other to strengthen their bonds. The more stressed a cat feels, the more they may groom to relieve the tension of their anxiety.

Learn about other signs of feline anxiety with our article on symptoms of stress in cats.

Stereotypies due to compulsive disorders

Stereotypies in animals are any type of repetitive behavior which has no clear purpose. They are the equivalent of obsessive compulsive behaviors in human beings. They often derive from stress and boredom and can manifest in overgrooming.

The reasons for a cat's stress are varied. They are creatures of routine, so changes in the home are often the root cause. This could be a new family member, a move to a new building or even changes to their preferred food. When a cat is stressed, they will find ways to calm down with overgrooming being a common issue.

When cats are young, they need to remain with their mother and siblings for a certain amount of time. This coincides with their socialization period, a time during which the cat learns skills, behaviors and boundaries which allow them to interact with other animals, people and situations. This is continued when they are adopted into a human family.

When cats are removed too early from their mother or when their socialization is neglected by caregivers, it will have various behavioral repercussions. In can lead to the cat not getting along with other members of the family, but it can also result in stress leading to psychogenic alopecia. Trauma experienced at any stage of life can also lead to similar feelings of stress and result in the same form of hair loss.

Although it is not well understood, there are genetic factors which can influence a cat's overgrooming. We can see this due to the fact oriental and Asian cat breeds are more prone to developing this disorder. It is also more common in female cats than males. Some cats are simply more nervous than others and may overgroom to release pent-up energy.

Although psychogenic alopecia in cats is a psychological problem, it can also have underlying physical causes. Environmental factors such as food allergies, reactions to flea bites, pollen allergies and others can result in the cat feeling an increased need to scratch. While it is normal for cats to scratch due to allergic reactions, some cats may be psychologically inclined to do it more than they should.

Symptoms of psychogenic alopecia in cats

Hair loss is the clearest symptom of feline psychogenic alopecia. It usually starts in the abdomen or groin and spreads to other areas, such as the legs, tail and flanks. To differentiate this disorder from other pathologies, attention must be paid to other symptoms. As we stated above, alopecia can also have a pathological cause, especially if the cat suffers from dermatitis or other skin disorders.

With psychogenic alopecia in cats, continued overgrooming can result in damage to the skin. For this reason, we can see open wounds start to occur. These can become infected by secondary bacteria, sometimes even leading to abscesses in the cat's skin.

The common symptoms of feline psychogenic alopecia can include:

Although psychogenic alopecia in cats can result in certain serious skin disorders, it is important to note that this is the minority of cases. Although many cats will be affected by the condition, it is often sufficiently mild that their quality of life does not change significantly.

Diagnosis of psychogenic alopecia in cats

For an adequate diagnosis, the veterinarian will ask us about the behavior pattern of the feline. Additional tests such as a skin scraping, allergy tests, blood tests or urine tests can be carried out. These tests are designed to rule out other pathologies and determine whether the problem is indeed psychogenic.

Treatment of psychogenic alopecia in cats

The treatment of feline psychogenic alopecia begins with taking the cat to a veterinarian. They will determine whether the alopecia is of pathological origin and will administer the appropriate corresponding treatment. Even after this pathological problem has been treated, it is possible the cat will continue to overgroom if they also suffer from stress, although it may disappear once the physical problem is resolved.

If boredom is leading to psychogenic alopecia, we need to provide sufficient physical and mental stimulation. This requires us to play with them more regularly, provide appropriate levels of affection and generally increase our interaction. We also should provide intelligence games, toys, accessories, wall platforms, scratching posts and other forms of environmental enrichment for cats to keep them occupied.

With cases or chronic stress and anxiety, we need to find ways to keep the cat calm. This can involve relaxing massages for cats, keeping them away from busy areas of the home and generally promoting calm. For some chronic cases of stress, a veterinarian may recommend medication which can help stabilize their mood. We can also speak to a feline ethologist who can assess the cat's well-being and provide practical help to ease the cat's anxiety. 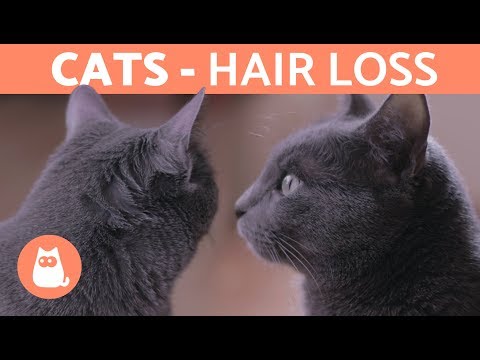 If you want to read similar articles to Psychogenic Alopecia in Cats - Causes, Symptoms and Treatment, we recommend you visit our Mental problems category.

5 Symptoms of Stress in Cats
Can Dogs Get Depressed? - Possible Causes and Symptoms
Anxiety in Cats
Meningitis in Dogs
Related categories
VaccinationIntestinal problemsBreathing diseasesFirst aidNeurological diseasesInfectious diseases
Most read
1.
My Dog Is Bleeding from His Penis
2.
My Dog Keeps Licking Her Private Area - All Possible Reasons
3.
What to Do if My Dog has Something Stuck in his Throat?
4.
My Dog's Poop Starts Solid Then Goes Soft
5.
Why Is My Cat Vomiting White Foam?
6.
My Cat Has Liquid Coming From Their Anus
7.
Why Does My Cat Push Out His Penis and Lick It?
8.
My Dog Has Pus Coming From His Penis
My Dog is Afraid of the Dark - Causes and Solutions
My Dog Walks in Circles
My Cat is Depressed
Epilepsy in Dogs
Reasons Why Your Cat is Stressed
Why Does My Dog Lick Metal? - Pica and Obsessive Behavior
Separation Anxiety in Dogs
My Dog is Scared of Everything All of a Sudden 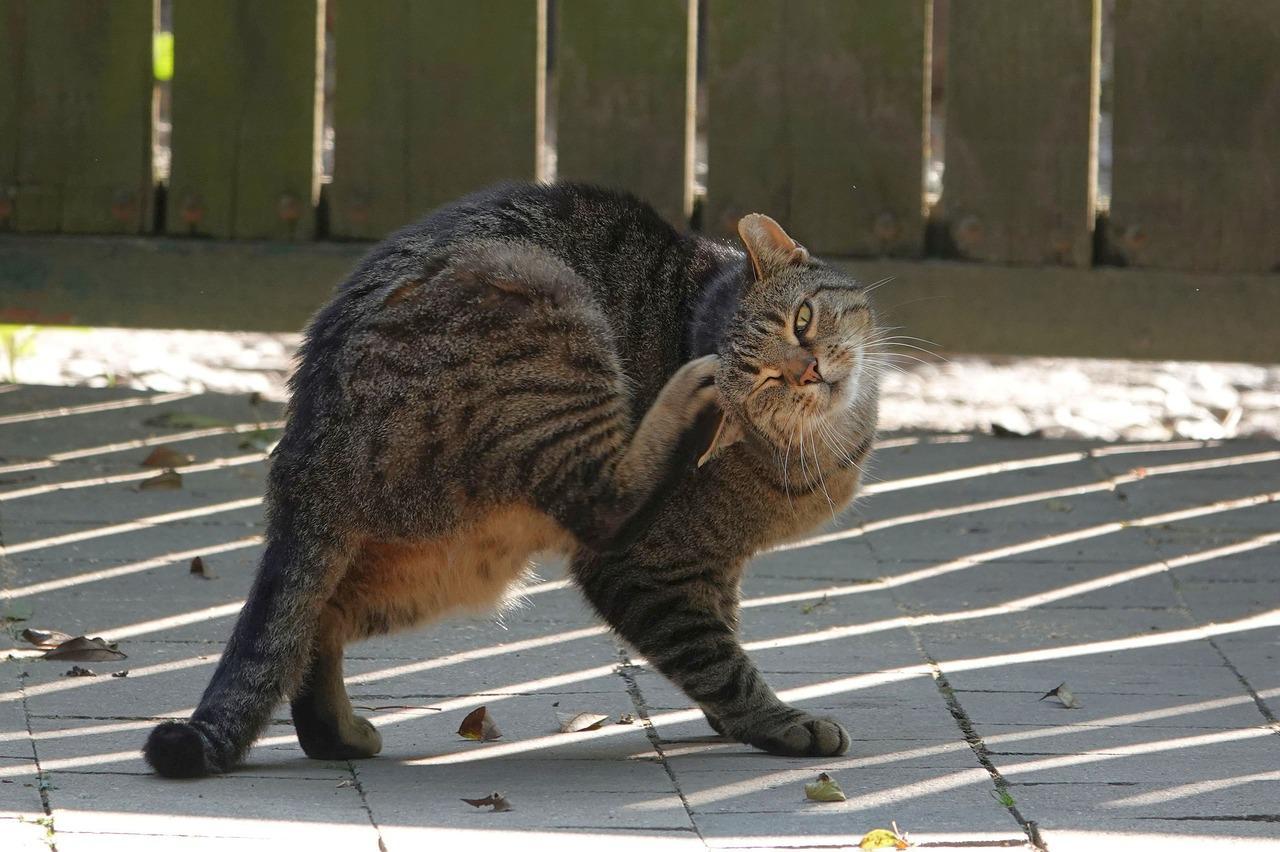 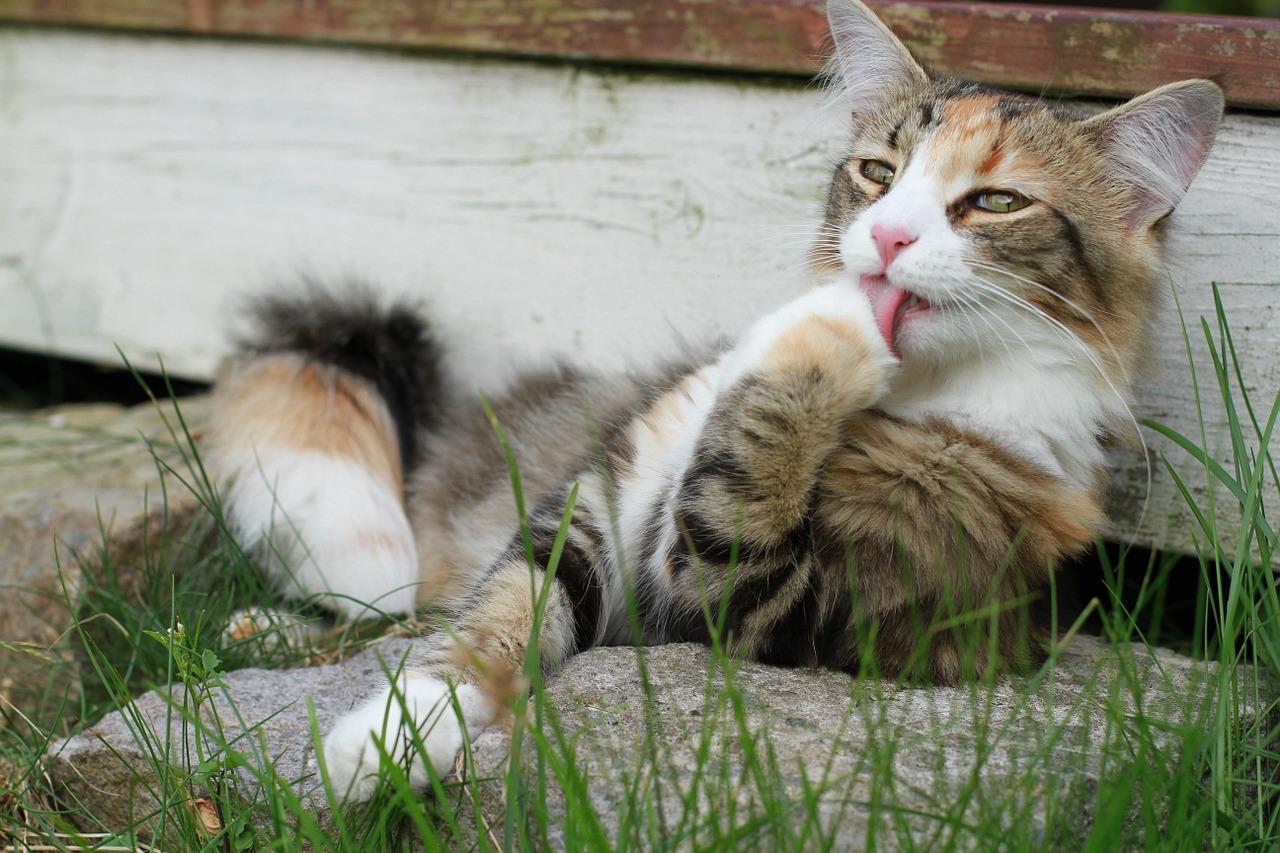 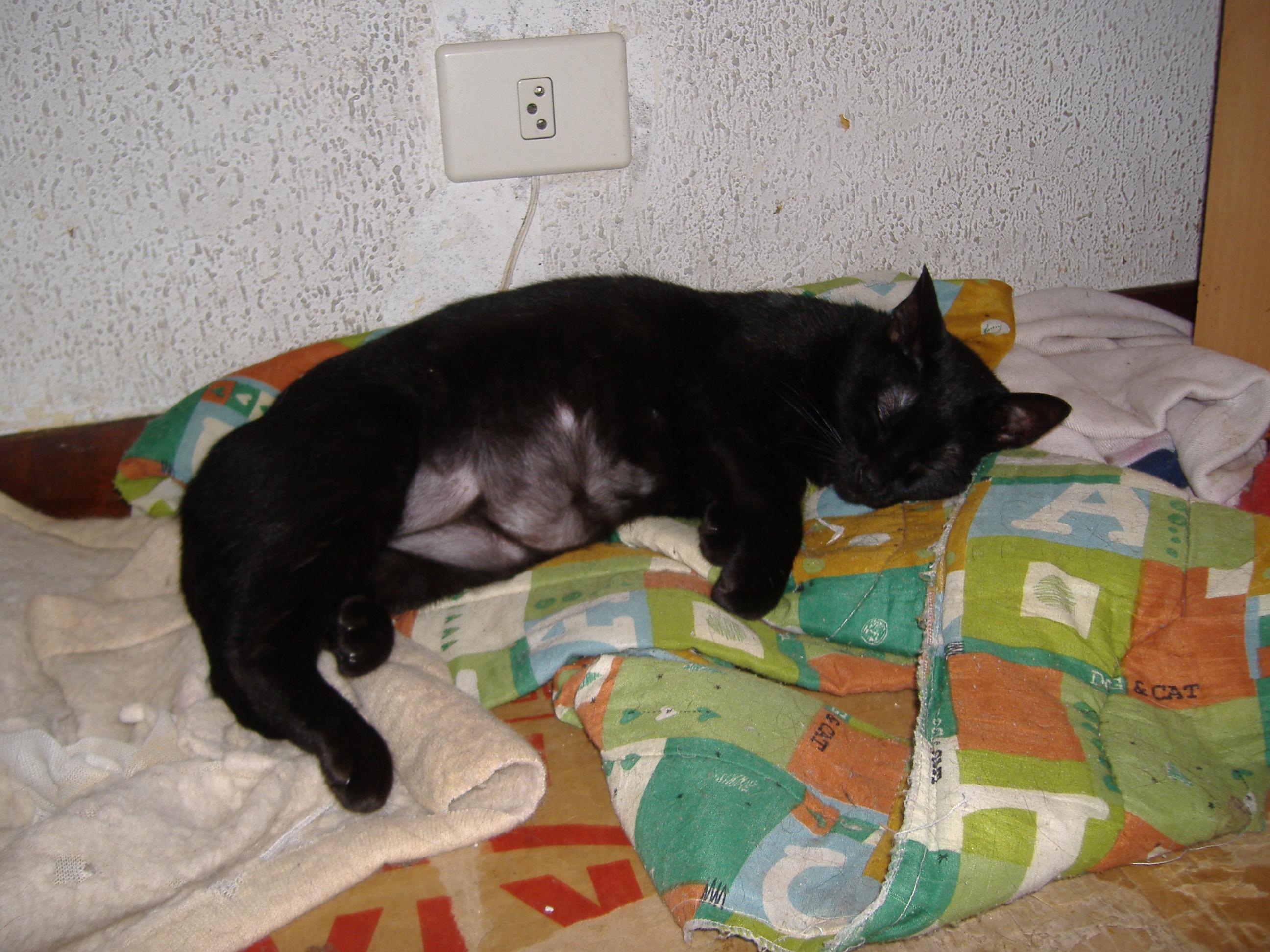 1 of 3
Psychogenic Alopecia in Cats - Causes, Symptoms and Treatment
Back to top