You may also be interested in: How to Socialize an Adult Dog
Contents

Some dogs are working dogs, meaning they are more than just domestic companions for their owners. Working dogs have a combination of specific training and innate ability which makes them ideally suited to certain environments and actions. In regard to water rescue dogs, this means they need to be strong swimmers, naturally inclined to go into the water and strong enough to pull a human (or humans) to safety.

These certain breeds have different characteristics for different purposes, with many rescue dogs being previously deployed as waterfowl hunting dogs. Perhaps the most famous water rescue dog is the Newfoundland, often referred to as 'Newfies'. They are particular apt for water rescue as their fur, despite often being long, is waterproof. It also insulates them from the often cold waters in which they serve. They also have webbed toes which act as paw flippers to better propel them through the water. Coupled with this is a unique form of movement through the water which is dissimilar to a regular dog paddle, making it more efficient and powerful. Their lung capacity is also very healthy, giving them strength and stamina in the water.

Despite their agility in the water, Newfoundlands are classed as 'Giant dogs' thanks to their weight, reaching as much as 260 lbs, but commonly in the 150 - 170 lb range (females generally being lighter than males. Despite their often hefty size, however, they are extremely friendly dogs which have a natural affinity with humans. The only problems it generally might cause with humans is their bulk knocking over small children and those with mobility issues, but it would be a very rare occurrence this is caused by bad temperament.

Their droopy eyes, gentle nature and sheer adorability makes them a welcome sight if you are stranded in the water. There are claims that they have a natural propensity to rescue people in the water. This is shown in the many worldwide Newfoundland water rescue events which are held annually. In these events, Newfoundlands compete to rescue stranded swimmers, but more importantly they are there to demonstrate this particular ability.

Newfoundlands are not the only water rescue dog employed by various nautical rescue teams. The Portuguese Water Dog has been used by fishermen to bring in nets and even herd the fish into them. They have been on record as rescuing us humans since 1297 AD[1], a monk witnessing a sailor being pulled to shore by this water dog breed. However, they are thought to originate from about 2,000 years prior.

Like Newfoundland water dogs, Portuguese Water Dogs have webbed toes and a thick coat. They do not shed and their coat is various degrees of wavy to curly. Similar to a poodle, also a water dog, but not often used for rescue. Labrador Retrievers have also been used as water rescue dogs. Similar to another water rescue dog, the Golden Retriever, they are sociable and intelligent dogs. This makes them easier to train and good for the specific rigors of water rescue.

Spanish Water Dogs are as curly, if not curlier, than Portuguese water dogs. This is a medium sized water dog, so may not be as good at rescuing large humans. However, if the stranded are sufficiently bouyant, they can be pulled easily thanks to the Spanish Water Dog's strong swimming power.

Irish Water Spaniels, Lagotto Romagnolo (Italian Water Dogs), Otterhounds and many others all have curl coats. While it might seem like this is a hindrance in the water, it is actually great as it acts as a double coat, protecting them from cold waters.

While you should train your dog from early on so that you limit any possible behavioral issues, training water rescue dogs early is particularly important. For some, like the Irish Water Spaniel, their energetic nature and natural curiosity make them great rescue dogs, but can also lead to ill discipline if not trained when young. Like any rescue worker, another important part of training is to build muscle, stamina and resilience.

There are two main types of training for water dogs:

According to the Northern Newfoundland Club, the elementary rule of water rescue dog training is that 'it is the owner who commands [their]dog'[2], showing that obedience on the part of the dog is very important, but also that it is the owner's responsibility to command and coordinated the dog during rescues.

There are many different verbal commands which need to be established when training water rescue dogs. Many are similar to land rescue dogs, but some are quite specific for water operations. Also, the unique environment of the rescue boat needs to be taken into consideration when training water dogs. Boat decks need to be kept clear as the dog may need to jump from any side of the boat, meaning smaller boats are recommended for use. Ropes, life jackets and soft handled 'bits' are needed for pulling the stranded to safety.

While dogs need to be trained from an early age for general discipline, it is possible to teach and old(er) dog new tricks as they can be started up to 6 years of age. They also need to be socialized already, otherwise they will likely not be able to focus on the task at hand which can be fatal during a rescue operation. They also need to be physically fit and have a good relationship with the water. Some dogs are understandably fearful. However, most of these characteristics are based on the owner, so neglectful owners tend to not provide useful water rescue dogs.

There are three main stages of water rescue dog training:

One of the important aspects of training water rescue dogs is that water conditions and specifics of a rescue will vary. You cannot repeat the same training with the same equipment, otherwise the water dog may not be able to respond correctly to the new circumstance. An example of this includes using different toys for retrieving games. If the dog retrieves the same toy every time, it might not know to retrieve whatever is needed in a given rescue.

They will also need to respond to different human behavior as not everyone needing rescued will be in the same condition. Some may be unconscious, others might panic and there will be some still which have physical difficulties, whether prior conditions or injury. The water rescue dog needs to be able to adapt to these situations.

While there is a certain amount of time dogs will need to start their career as water rescue dogs, training never ends. They will constantly need to keep on the ball and hone their skills. This is part of the reason for the water dog rescue displays we mentioned earlier.

There have been many heroic stories across the years of water rescue dogs including those which were deployed alongside military operations. One notable case was the story of Gander[3], a Newfoundland which was stationed with the Royal Rifles of Canada. During the Battle of Lye Mun (the Battle of Hong Kong), Gander picked up a grenade which was thrown near a group of soldiers. The grenade exploded, killing Gander instantly, but saving the lives of the soldiers. Gander was given the Dickin Award in 2000, showing just how much water rescue dogs like these are appreciated by those whose lives are saved by them.

However, not every breed which is suitable for water dog rescues will need to be employed. Many of the skills and attributes which make them good for this purpose, also make them great family pets. This is especially so for active people as there are few water rescue dog breeds which will make good house pets. They need a lot of care, attention and exercise.

They are generally good with children, especially Newfoundlands which are stoic and amiable with humans. As with all dogs, it is wise to do some research before you purchase any breed.

If you want to read similar articles to Water Rescue dogs: Four-legged Heroes, we recommend you visit our Advanced education category.

Training Your Dog to Run Alongside You
Schutzhund Dog Training
What are Attack Dogs?
How Do They Train Detection Dogs?
Related categories
Animal games and funSportsBasic educationBehavioral problems
Most read
1.
My Dog Is Aggressive After Neutering
2.
Tips to Train an American Bully
3.
How to Stop Your Dog From Peeing Inside at Night
4.
Why Is My Dog Suddenly Scared Of Me?
5.
How To Stop My Cat From Biting My Ankles
6.
How to Make a Pit Bull Release its Bite
7.
Why is my Dog Pooping in the House Suddenly?
8.
What Does It Mean When a Dog Lifts a Front Paw?
Teaching My Dog to Lie Down
How to Train Your Dog to Walk Without a Leash
How to Introduce Your Dog to Your New Baby
What do you Need to be a Professional Dog Trainer?
How to Easily Teach Your Dog to Play Dead Step by Step
Canine Ethology
Potty Training a Cat to Use the Toilet Step by Step
How to Train a Cat to Walk on a Leash 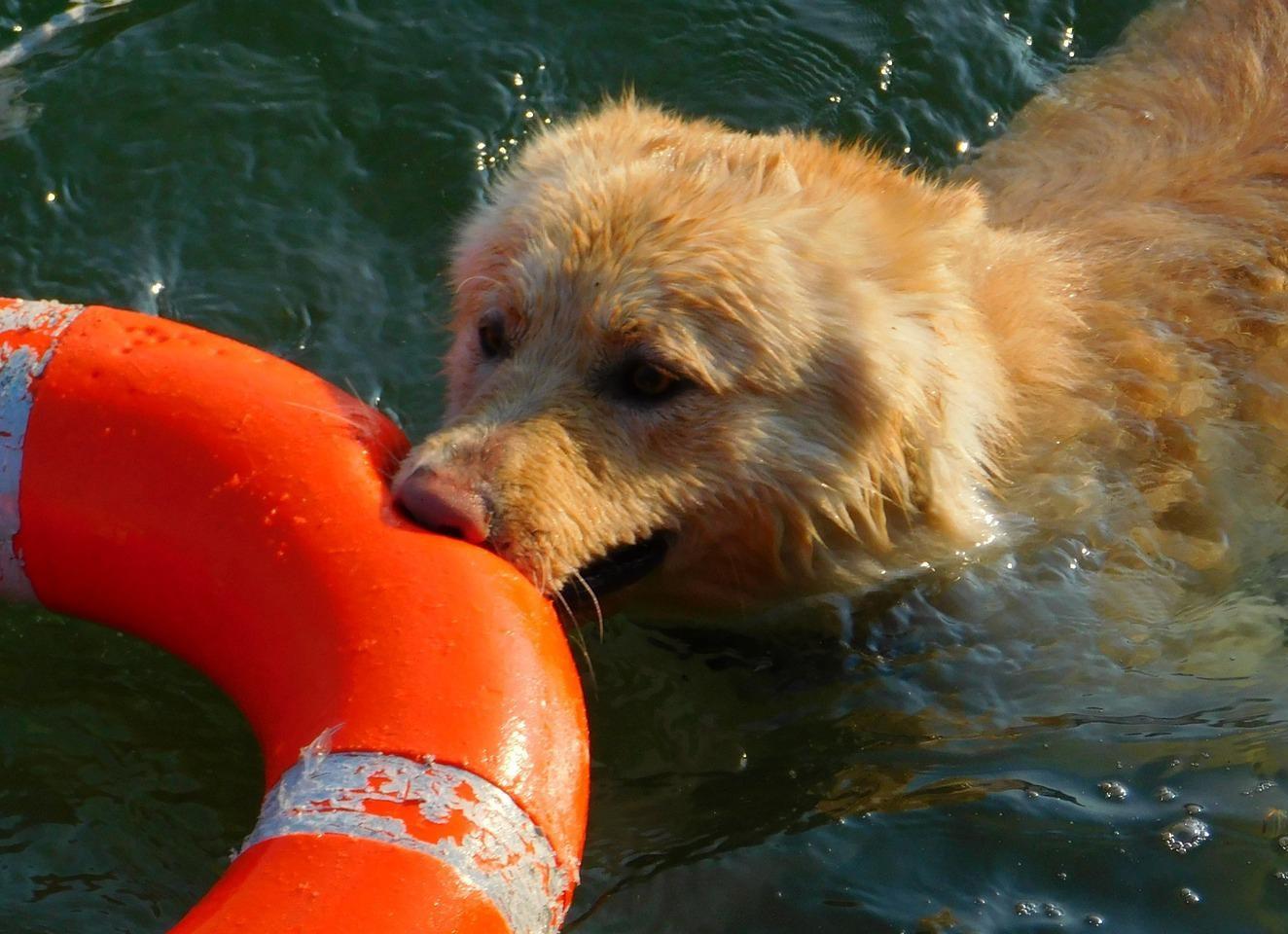 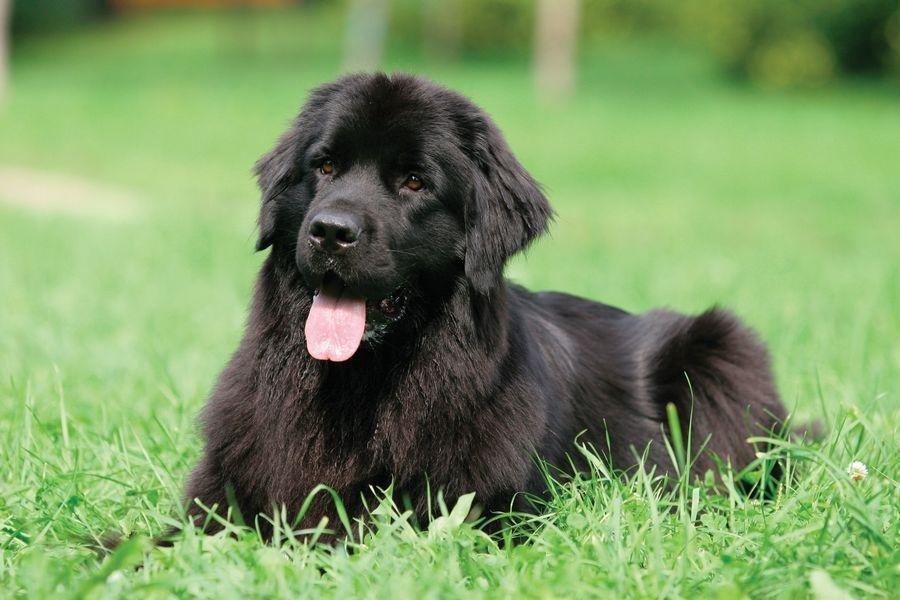 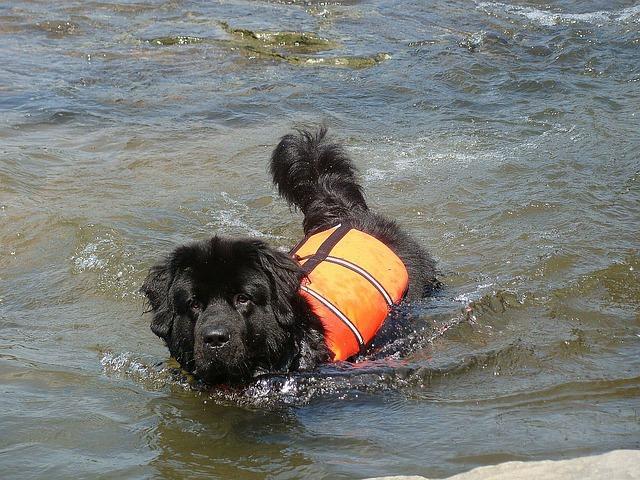 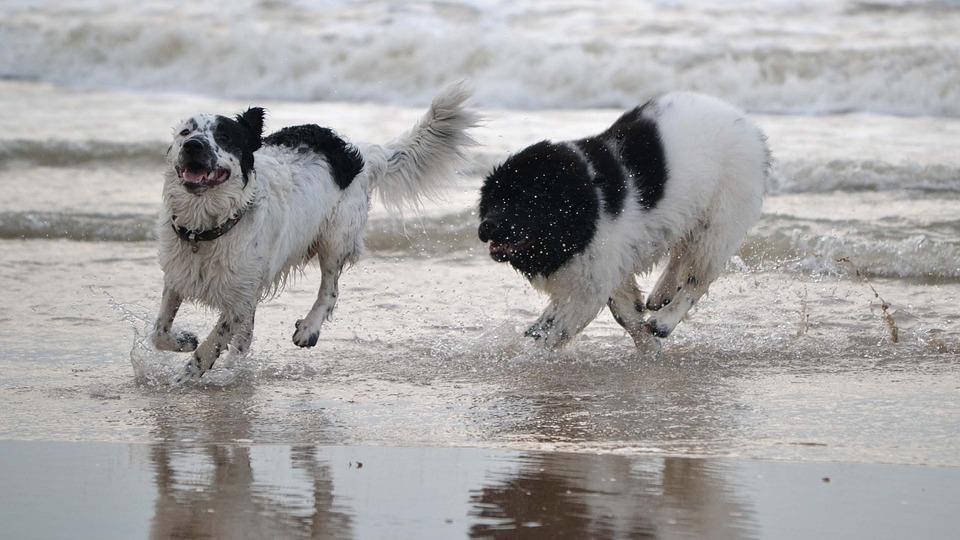 1 of 4
Water Rescue dogs: Four-legged Heroes
Back to top