Why Does My Rabbit Pee on Me? 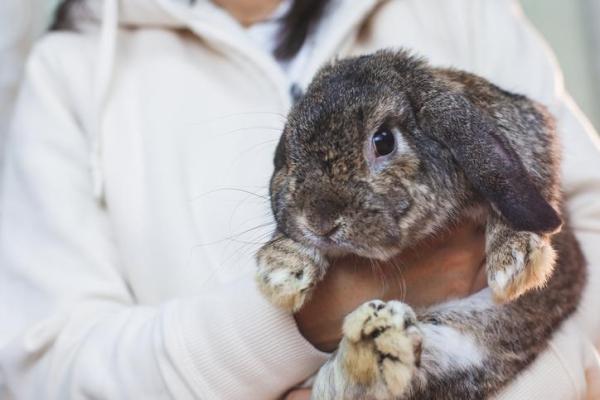 When we first invite an animal into our home, it is understandable it will take a while for them to adjust. While many people don't think rabbits can be trained, this is not the case. Litter training is possible and rabbits will go out of their way to pee in the same place if it is suitable for them. However, we can sometimes find that rabbits will pee normally, but whenever we hold them for some time or they are on top of us, they urinate. While this kind of inappropriate spraying is annoying, we can get to the bottom of it.

AnimalWised answers the question why does my rabbit pee on me? We look at the reasons why rabbits pee on you when they pick them up, do it on our feet, or any other inappropriate urinating.

My rabbit pees when I pick him up

Urination is an important behavior of any rabbit. It is a necessary activity for the rabbit to carry out and can also reveal to us aspects of their health and well-being. Even if your rabbit urinates normally, it is possible they will pee on you when you pick them up.

While it is normal for a rabbit to have an accident every once in a while, urinating on you regularly when you pick them up is not common. The reasons behind this behavior may be:

When we suspect a rabbit may be ill, it is vital we take them to a veterinarian immediately for diagnosis and treatment. There is another reason why a rabbit may be urinating inappropriately, something we detail in the next section.

Rabbits do not only urinate as part of their need to get rid of waste or as a response to the issues raised in the previous section. They will also voluntarily urinate on objects, other rabbits or people, a process known as ‘spraying’. When a rabbit sprays urine, it emits a stronger-than-usual odor. Additionally, wile normal urination is directed at the ground, spraying is usually directed at vertical surfaces.

Marking territory is common to many animals. Since rabbits have a highly developed sense of smell, their urine can be used as a form of communication between individuals. They mark territory they claim to be theirs, something which we see as they leave their scent on their hutch and around the home. It would make sense they might pee on us when we pick them up because they are marking us.

Another reason a rabbit may spray on you is due to their mating habits. During the mating ritual, male rabbits will spray females as a sign of courtship. However, we may see the rabbit spraying other animals they are close to, not just rabbits. As in other species, such as cats, this could be a sign of security. They may be peeing on us because they like us.

Finally, while spraying and marking is a common habit, doing it too much is a sign of a problem. It is possible the rabbit has a feeling of insecurity or worry. You should look at the context of this behavior. For example, if you have recently brought a new animal into the home and your rabbit starts peeing on you regularly, it is possible they do not feel safe with the animal around. This is a sign of the rabbit being emotionally imbalanced and we need to find ways to redress it.

You may also see your rabbit try to jump out of your arms when they pee. This is likely because when they spray, they make a motion to spread the scent as far as possible. It will seem as if the rabbit is trying to kick you as well.

What to do if my rabbit pees on me?

Now that you know the reasons why a rabbit might be peeing on you, especially when you pick them up, you will want to know what to do about it. Since peeing everywhere can be problematic in terms of dirt and smell, you can prevent this behavior by:

If the reason your rabbit urinates on you every time you pick them up is due to fear, we need to allay that fear and become their friend. This process will take time as you will have to gradually let them get close to you, then reward them when they do. In doing so, the rabbit will come to associate you with something positive and their fear will wane.

Despite gaining your trust, if you see your bunny still wants to jump away when you pick them up, you should stop doing it. We should never force them into situations in which they do not feel comfortable. Respecting their boundaries is an important part of raising rabbits.

Since urinating on you or other suitable places in the home is a sign of poor education, we need to help them do it properly. The procedure to helping a rabbit to pee in one place is:

Going to the vet

Another issue with spraying is that rabbits which are peeing inappropriately is due to their sexual habits. Rabbits which have not been neutered are more likely to spray, so the veterinarian may recommend sterilization. They will also be able to examine and run diagnostic tests in case there is an underlying pathology leading to their peeing behavior. They will also be able to give you case specific advice on the health of the individual.

If you want to read similar articles to Why Does My Rabbit Pee on Me?, we recommend you visit our Behavioral problems category.

Videos related to Why Does My Rabbit Pee on Me?

Why Does My Rabbit Pee on Me? 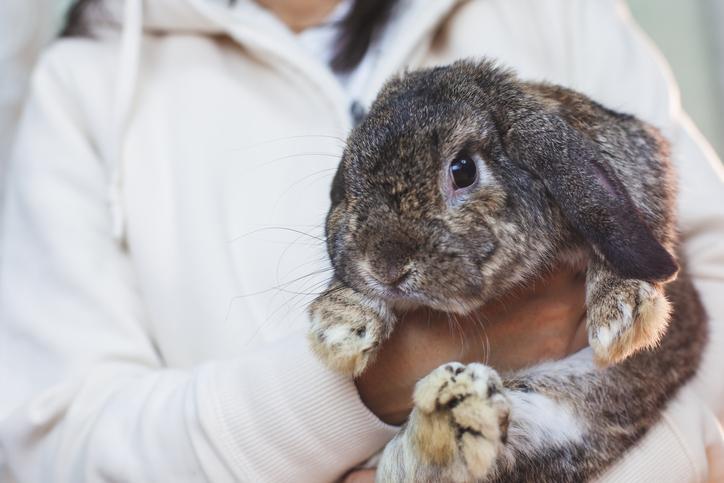 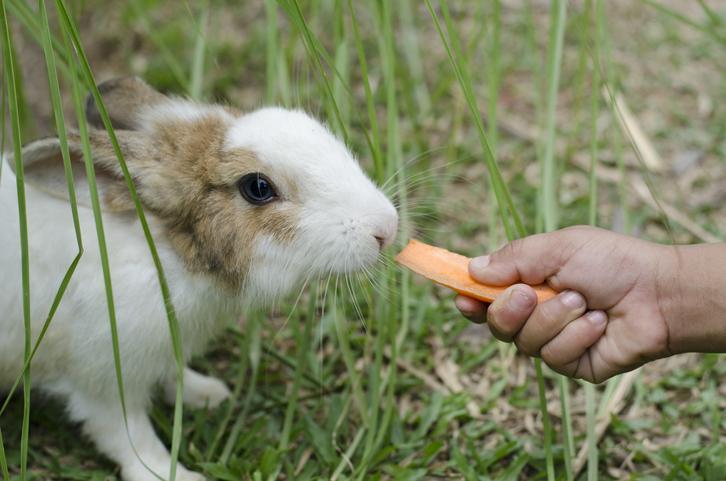