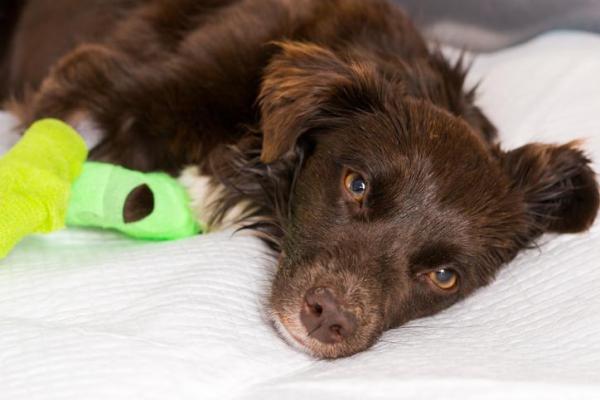 The parasites most associated with dogs are external parasites such as fleas and ticks. Many guardians will also have experiences with internal parasites, especially gastrointestinal parasites such as worms. Not everyone might be as aware of hemoparasites in dogs. These are microorganisms which are sufficiently small to attack the cells in the blood. Although they can develop into serious diseases, their non-specific symptoms can make diagnosis very difficult. To further complicate the clinical picture, several hemoparasites can infest a dog at the same time.

At AnimalWised, we look at the different types of blood parasites in dogs. We help to understand their transmission, symptoms of parasitosis and what treatment options we may be able to expect.

You may also be interested in: How to Treat Parasites in Puppies - Symptoms and Treatment
Contents

What are blood parasites in dogs?

Hemoparasites are a number of obligate parasitic organisms which feed on blood cells. This means they require blood cells to survive. They can be in various forms, including:

These various types of hemoparasites are transmitted to dogs through what are called vectors. These are usually in the form of insects, such as fleas, ticks or mosquitoes. As these insects suck blood from the dog, these parasites enter the dog's bloodstream, constituting transmission.

To learn more about different types of parasitic infestations, take a look at our article on common intestinal parasites in dogs.

Types of hemoparasites in dogs

Some of the most common type of blood parasites in dogs include:

Hemoparasitic diseases in dogs are often named based on the parasite that causes them. For example, we find filariasis or filariasis, bartonellosis, canine ehrlichiosis or anaplasmosis orbabesiosis. Although the parasite may be different, there is an important similarity between them all. Namely, they are severe and potentially fatal.

Many blood parasites are also zoonotic, meaning they are canine diseases which can be transmitted to humans. These diseases depend on vectors such as fleas and ticks. If we share a living space with the dog, they same parasites can infest us through bites.

Symptoms of hemoparasites in dogs

The clinical pictures derived from hemoparasitic infections are highly variable and nonspecific. This means the symptoms are those which can occur in multiple diseases. This is another factor that complicates diagnosis.

To make the clinical picture more difficult to determine, some of these diseases can appear at the same time. There are also differences in the incubation period. In addition, they may be acute or chronic. In general, we can suspect the presence of hemoparasites in dogs with symptoms such as the following:

Diagnosis of blood parasites in dogs

For the diagnosis of hemoparasites in dogs, specialized laboratories are required. Different sample types will be collected depending on the type of blood parasite suspected. The parasite or antibodies being used to fight it can be seen in the blood samples via microscopic imaging. These imaging tests include smears, cytology, culture, serology or PCR.

Despite the availability of such tests, it is not always easy to identify them. For some of these hemoparasites, diagnostic kits are available that allow their presence in the dog's blood to be determined in just a few minutes. These happen in the veterinary clinic itself. The problem is that the results are not always reliable. It is important to reach an accurate diagnosis because the treatment is specific and will not work if the wrong parasite is determined.

Treatment of blood parasites in dogs

It is essential to treat hemoparasites in dogs. This is not only for the benefit of the dog, but also any humans or other animals which may be infested with them. When a dog is being diagnosed for the specific parasite, their general condition and organ function will be assessed. This means the damage may need treatment to help halt or reverse it.

Specific drugs will be administered which are used against the blood parasite which infests the dog. Antibiotics for secondary infections and medications to treat the concurrent symptoms of the blood parasitosis will also be required. Severe cases will likely require hospitalization where fluid therapy and intravenous medication may be required. Treatments can be extensive and, unfortunately, it has a relative high rate of mortality.

How to prevent hemoparasites in dogs

Given the seriousness of some of these diseases, their zoonotic potential, and the difficulties in diagnosing and treating them, prevention is vital. When transmitted by parasites, prevention involves avoiding any contact with the dog, whenever possible. To prevent this, there are numerous options to deworm dogs such as pipettes or collars that act against mosquitoes, fleas or ticks. The veterinarian will indicate the most suitable product according to the characteristics of our dog and area in which they live.

In diseases such as leishmaniasis in dogs, a vaccine has been developed that does not prevent infection. but does control the spread of the parasite. This reduces the risk of suffering and other debilitating symptoms. It can be useful in dogs that live in areas with a high percentage of infections. The first dose is inoculated at six months of age and has to be repeated annually.

To learn more, take a look at the vaccination schedules for dogs.

If you want to read similar articles to Blood Parasites in Dogs - Types, Symptoms & Treatment, we recommend you visit our Parasitic diseases category. 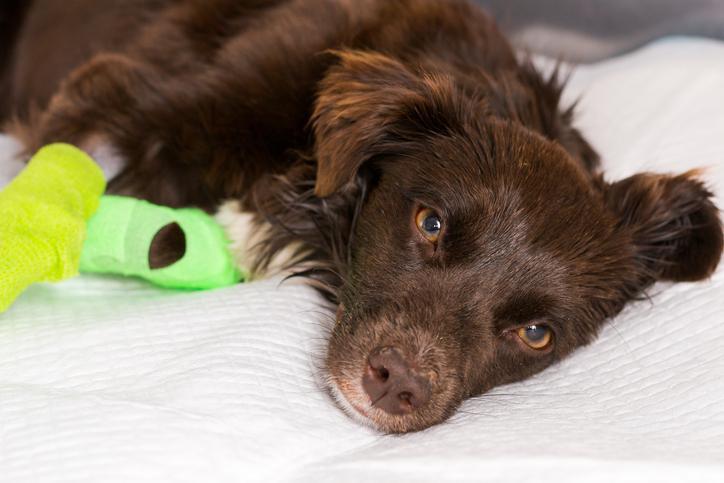 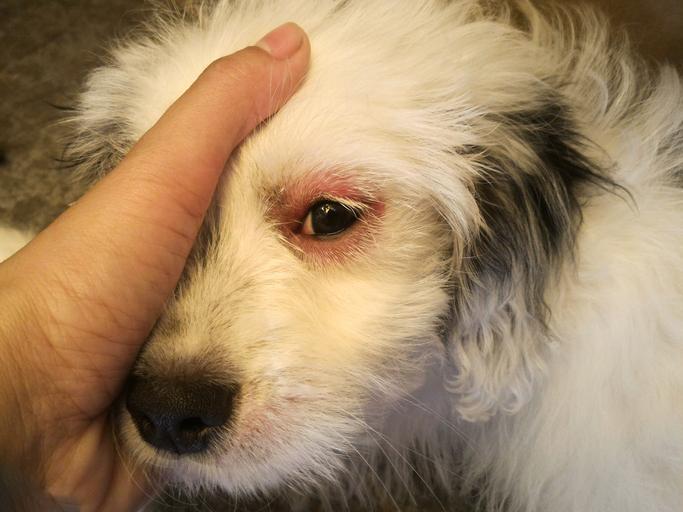 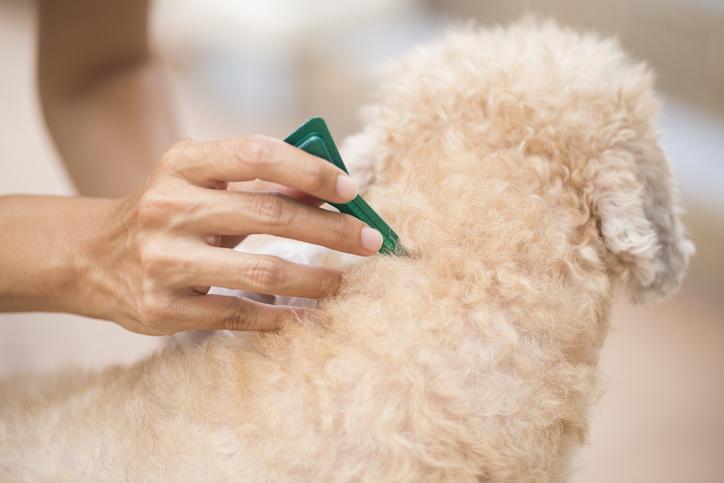 1 of 3
Blood Parasites in Dogs - Types, Symptoms & Treatment
Back to top