9 Diseases Dogs Can Transfer to Humans

There are many diseases unique to the animal world which are not zoonotic, i.e. they can't be passed on to human beings. Your dog is able to carry certain diseases in this way. Sometimes, they may have a disease which both humans and dogs can contract, such as influenza. Although both canines and humans can get the flu, but they may not be able to get the same strain. This means that a sick dog can be well cared for without having to worry about its effects on us.

However, this isn't always the case and there are some which will be of concern. This is why AnimalWised brings you 9 diseases dogs can transfer to humans. In doing so, we can help protect the health of the human members of our family, at the same time best meeting the needs of our beloved canine members.

The transmission of parasites from dogs to humans can occur in different ways. One of the most common is when the animal sniffs infested stool or other material, licks our hands and then we transfer it to our own mouths. If a dog infested with parasites defecates in the home or garden and the stool is left for some time, transfer can be made if we don't take the correct hygiene precautions. The same can happen when we take our dogs outside and they come in contact with infested material. In general, young children are most susceptible because they often put things in their mouths which they should not.

An up to date internal and external deworming schedule is the best way we can prevent infestation of these intestinal parasites. This is especially the case in vulnerable animals such as puppies. Because we love our dogs and want what's best for them, we need to take our dog to the vet to see what is the best deworming schedule in your area.

Filariasis in dogs and humans

Among communicable diseases between dogs and humans, we now highlight one which is becoming increasingly more important. Filariasis is a parasitic disease caused by a roundworm infection. In dogs, one particular type of roundworm called Dirofilaria immitis is known as heartworm and it is particularly dangerous as it can result in acute heart failure. The vector of this disease is the mosquito which transmits the heartworm eggs through its buccal (mouth) organs. This means a dog can become infested with a mosquito bite.

The filaria eggs will go through different stages of maturation until they end up lodging in the pulmonary arteries, the right side of the heart or in the venae cavae or hepatic veins. Additionally, females release into the blood microfilariae which can be passed on to another mosquito through a bite. This mosquito can then go on to infect more dogs.

As we can see, it is not possible for the dog to directly infect humans with the disease. However, we can become infested if the mosquito bites the dog and then transfers it to us. Thus, the dog acts as a reservoir for the disease. It is still relatively uncommon in humans and when it does occur, can be aysmptomatic. In dogs, however, heartworm can have dire consequences. This is because they can cause great damage to fundamental organs such as the heart, lungs or live, often resulting in death.

Infestation affecting the aforementioned vital organs in this way complicates treatment, especially when the worms are adult. This, once again, makes prevention so imperative. Finding out about your local mosquito rates and using protection against them is a good first start. You need to establish general guidelines which limit the exposure of your dog to potentially infectious insects. Internal anti-parasitics will also help to prevent the heartworm from completing their growth cycle. Deworming is important everywhere, but it takes on extra gravity when you live in an area where the disease is endemic such as the Spanish Canary Islands.

Scabies and ringworm are the most common skin diseases a dog can pass on to people. Both are well-known diseases and have obvious symptoms. Their characteristics include:

Preventing these diseases most commonly involves hygiene. Aspiration of areas, disinfection and regular washing of bedding and other material which comes in contact with the dog is vital. It is also important to keep the dog under close observation and take it to the veterinarian when you see any initial symptoms.

Rabies passed on from dogs to humans

Although the disease is practically eradicated in certain parts of the world such as Western Europe and North America, it is important to have it on this list of communicable diseases between dogs and humans. It still causes numerous human deaths in other parts of the world such as Asia and Africa. In Central and South America we can find high risk regions as well as those which have long established vaccination programs, making cases less likely.

Rabies is a viral disease which affects the brain. There is a vaccine which is the only way to fight it, both in terms of prevention and in fighting infection. Rabies affects the central nervous system and is fatal once symptoms appear. It is transmitted through saliva, so is passed on from dogs to humans through bites. If the anti-rabies medication is not given before the viral infection reaches the brain, the person or dog will die. This is why immediate action is so necessary.

Other diseases dogs can transmit to people

In addition to the above diseases, humans can also contract leishmaniasis or leptospirosis from dogs. Below we explain how:

Leishmaniasis in dogs and humans

This parasitic disease has considerable scope, hence its inclusion on this list. As with dirofilariasis, the dog dos not infect humans directly, but acts as a reservoir for the disease which is also transmitted by mosquito bites.

The symptoms are varied as it is divided into different types, but they all will form some sort of skin legion whether sores or ulcers. Treatment is essential as some forms of leishmaniasis can be fatal if left untreated. Vaccination against the disease is available, but prevention is the most important method of treatment.

Leptospirosis in dogs and humans

After reviewing the main pathologies which can be passed on from dogs to people, we end with leptospirosis. This is a bacterial disease for which there is no vaccine. The symptoms it produces are varied and can affect the digestive system, the liver or kidneys. The bacteria spreads through the urine of dogs and can remain in the ground for a period of months. Both other dogs and humans can be infected by coming in contact with this material. Infected material can also get into the body through an open wound or by drinking contaminated water. This disease requires veterinary treatment.

Fleas, ticks and live are all parasites which can easily transfer from a dog's skin to our own. Although a change of host does not necessarily constitute the spread of disease, these parasites can pass on disease through their bites, eggs and droppings. These disease may be some of the ones written about above, but they can also pass on diseases such as Lyme disease.

In general, these external parasites can lead to symptoms such as itching, rashes, open sores and even gastrointestinal problems. To avoid a possible infestation, we need to ensure the hygiene of our home and perform regular examinations of our dogs, especially if they have been somewhere where these parasites are likely to inhabit.

As we have seen, there are many diseases, infections, parasites and conditions which can be transmitted from canines to humans. To best prevent this from happening, there are some precautionary measures you can take:

If you want to read similar articles to 9 Diseases Dogs Can Transfer to Humans, we recommend you visit our Prevention category.

What Rabbit Diseases Are Spread to Humans?
Stray Cat Diseases Transmissible to Humans
What Tick Diseases Can Dogs Get?
Common Diseases of American Akitas
Related categories
Other health problemsMedicineSkin problemsVaccinationEye problemsInfectious diseases
Most read
1.
What to Do if My Dog has Something Stuck in his Throat?
2.
My Dog Is Bleeding from His Penis
3.
My Dog Keeps Licking Her Private Area - All Possible Reasons
4.
My Dog Has Pus Coming From His Penis
5.
Why Does My Cat Push Out His Penis and Lick It?
6.
My Cat Has Liquid Coming From Their Anus
7.
My Dog's Poop Starts Solid Then Goes Soft
8.
My Dog Keeps Making a Gulping Sound
Human Glucosamine For Dogs
The Most Common Horse Diseases
Most Common Diseases in Poultry
4 Human Medicines Forbidden for Dogs
Common Diseases of Bull Terriers
Common Diseases of the Maine Coon Cat
Can you Give your Cat Paracetamol?
Common Diseases of Turtles and Tortoises

4 comments
Rating:
Don Craine
25/10/2022
Too frequently I see people with their dogs in the basket of the shopping cart at the grocery store. As the dog sits there its rectum is in contact with the floor of the basket. Is this not a source for food contamination?
Rating:
Jane D
22/07/2022
I have an outdoor dog. He has regular vet visits and is healthy. He always stinks even after a bath, I always get an eye infection after bathing him. from water splashing off of him. I'm afraid of getting sick when he licks me so I wash if he does. Some members of my family won't wash after petting or him licking, and it grosses me out plus I'm afraid some parasite or bacteria will be passed. If I say something everyone gets offended.
Rating:
Karen
12/06/2022
I have a mysterious fever. My two elderly 16 year dogs died within days of each other. Started with diarrhea. I will have our water tested.
Rating:
Theodore Reed
03/10/2020
I was bitten by a dog about four years ago on my right foot. Since then I have developed ringworm on the right side of my groin and hip and back problems on that side of my body. I was very athletic but now forced to be more sedentary with lots of naps, Could it be the bite caused my problems? Ted
9 Diseases Dogs Can Transfer to Humans 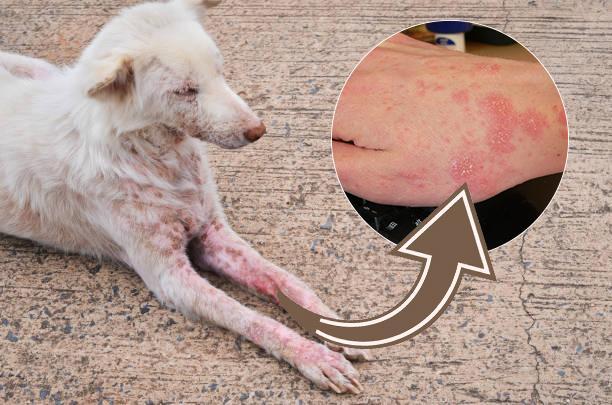 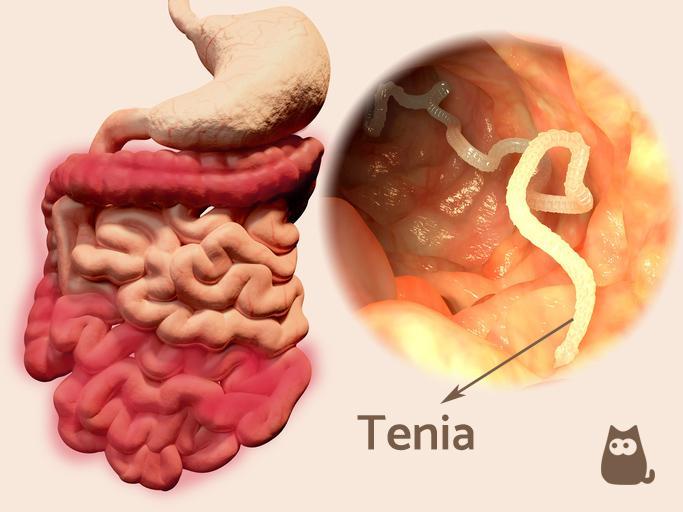 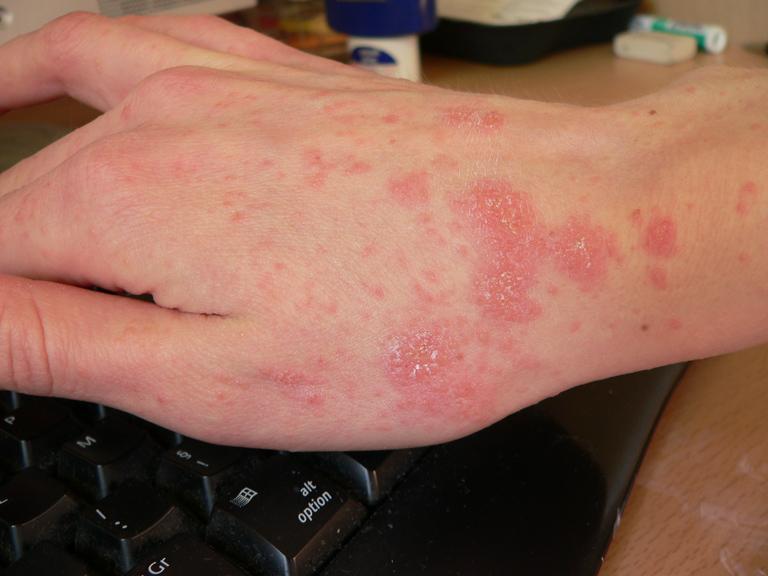 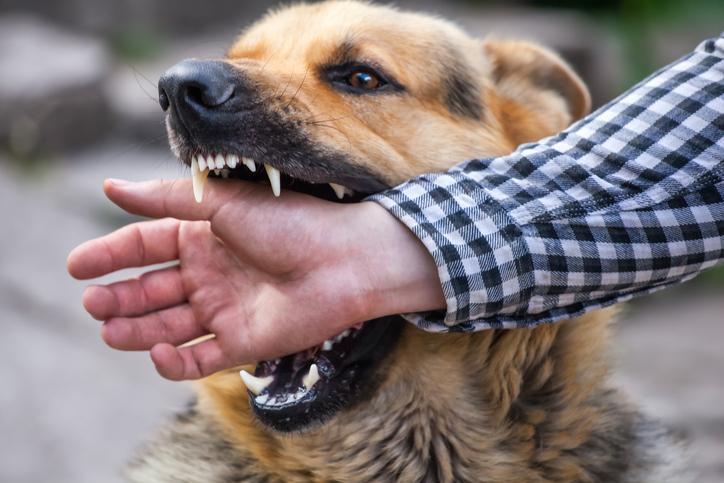 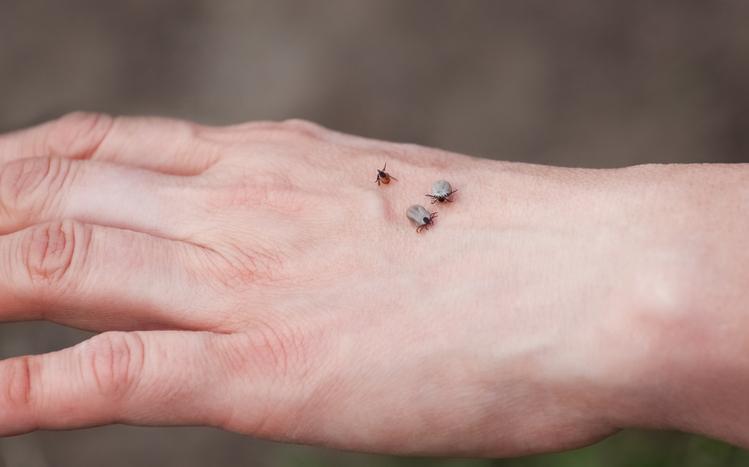