Dogs are omnivores, meaning they have adapted to both protein-rich foods such as meat and carbohydrate-rich foods such as vegetables and fruits. Dogs can eat certain fruits. Some are healthy and can be part of a balanced diet, while others are toxic and dangerous to them. Others can be consumed, but only in moderation or with special preparation.

The following AnimalWised article explains if dogs can eat loquats, what benefits they have and how you can give them.

You may also be interested in: Can Dogs Eat Beets?
Contents

The loquat is a plant that originated in China, from where it spread to Japan and other areas of Southeast Asia. Given its great flavor and culinary value, its cultivation became popular quickly, reaching Europe around the 18th century. Today, it is cultivated all around the world. Loquat fruits are often eaten raw or as an extract, but the fruit is also found in jams, pies, and juices. The loquat leaf and flower are also sometimes used in teas.

Loquats are suitable and appropriate fruits for dogs. However, as with all foods, we must take into account a number of considerations, which we will discuss in the following sections.

A dog's diet must not consist only of fruits and vegetables, because dogs must also consume proteins from animal tissues. Loquats offer many nutritional and health benefits, but excessive consumption can endanger health and cause nutritional deficiencies.

Continue reading this other article if you want to learn more about what the ideal diet for dogs should contain.

Benefits of loquats for dogs

Loquats are a low calorie fruit that aids digestion due to their organic acid, fiber, and pectin content. Moreover, due to their tannin content, they have anti-inflammatory and astringent properties that prevent gastrointestinal diseases and fatty liver.

Loquats are also natural diuretics, as they increase urine production and thus the elimination of waste products from the body. As for nutritional content, they are rich in minerals such as calcium and potassium, as well as magnesium, iron, and phosphorus.

The vitamin content is also important, highlighting the contribution of vitamin C, folic acid, vitamin B1 and vitamin B2. The fiber contained also helps reduce cholesterol and facilitates intestinal transit.

How to give loquats to your dog?

There are several ways to feed loquats to your dog. You can offer them directly to your dog as a snack and see how they respond. To give your dog a refreshing summer snack, we can put them in the refrigerator beforehand.

You can also mix them in with the usual food or crush, mash or beat them to make them easier to ingest. Another way to give them is milkshakes or ice cream. We can mix the loquat with another fruit that dogs can eat, such as watermelon or papaya, and whip it up with a little water.

It is very important that you do not offer them with the skin, because you need to remove it so that your dog does not absorb dirt or chemicals.

It is also critical that you remove all the bones in this fruit, because they contain cyanogenic glycosides that can be very dangerous if swallowed. Also, loquat has quite large seeds that your dog could choke on. Therefore, we must be careful and remove them before feeding the fruit to the animal.

Continue reading this other article if you want to know which fruits and vegetables can be potentially dangerous for your dog.

Dosage of loquats for dogs

Be careful with the amount of loquat you offer your dog. It is better not to overdo it, because excessive consumption can be laxative and cause diarrhea and vomiting. Also, you should not offer these fruits in large quantities, because they contain sugar and can make the dog fat. It is not recommended for dogs that are prone to obesity.

You should not offer your dog loquats more than two or three times a week and depending on the size of your dog, the dose will vary:

Continue reading this other article if you want to know which are the best fruits and vegetables for dogs.

Side effects of loquats for dogs

Excessive consumption of loquats may cause symptoms such as abdominal pain, vomiting, and diarrhea. Nevertheless, dogs are most likely to experience side effects from loquats due to the bones of the fruit.

This is because the bones contain cyanogenic glycosides, toxic glycosides that kill tissue by reducing its ability to use oxygen. Immediate treatment is extremely important. Sodium nitrite and sodium thiosulfate are used as antidotes.

Signs may appear within 15 to 20 minutes to a few hours after eating poisonous plants. The signs may include:

If you suspect that your dog has consumed the stone from this fruit and is showing any of these symptoms, contact your veterinarian immediately. Continue reading this other article if you want to learn more about what to do if your dog has been poisoned.

Contraindications of loquats for dogs

The main contraindication to the consumption of loquats in dogs is their sugar content, especially in:

If you suspect that your dog suffers from obesity, do not miss this other article, where we explain the causes and consequences of obesity in dogs.

If you want to read similar articles to Can Dogs Eat Loquats?, we recommend you visit our Homemade diets category. 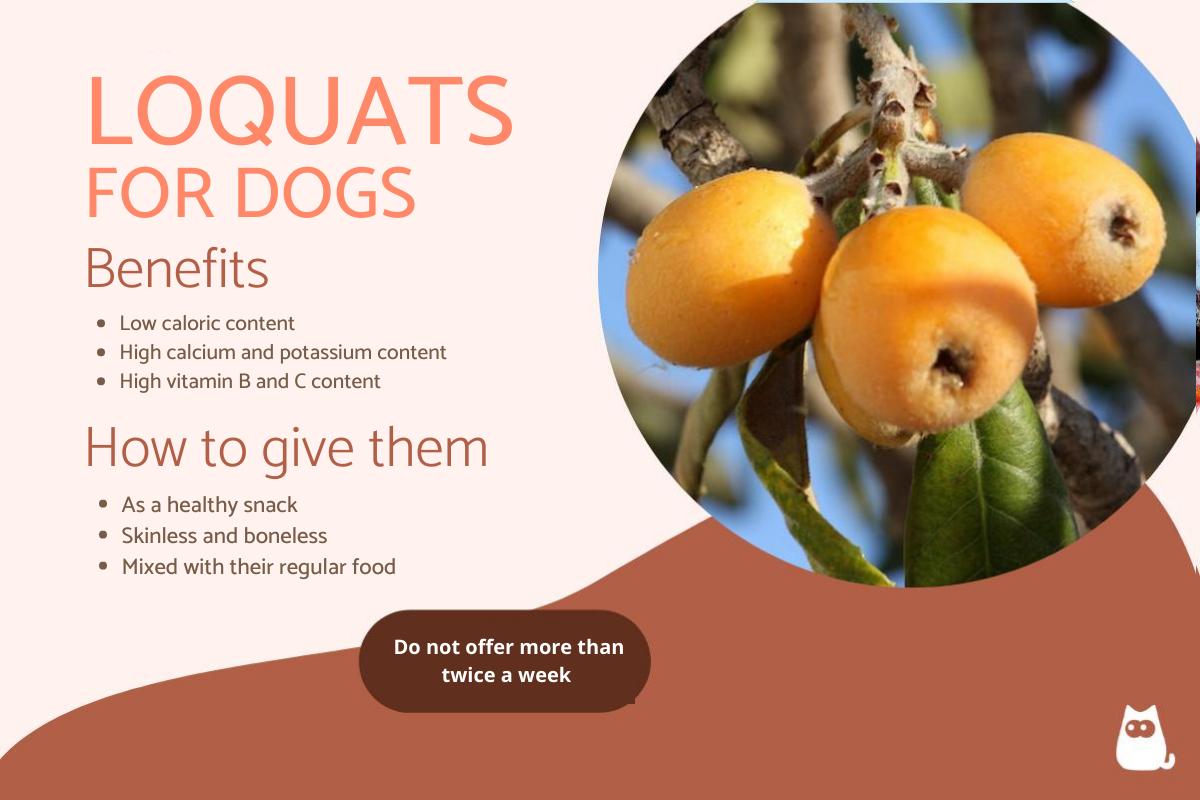 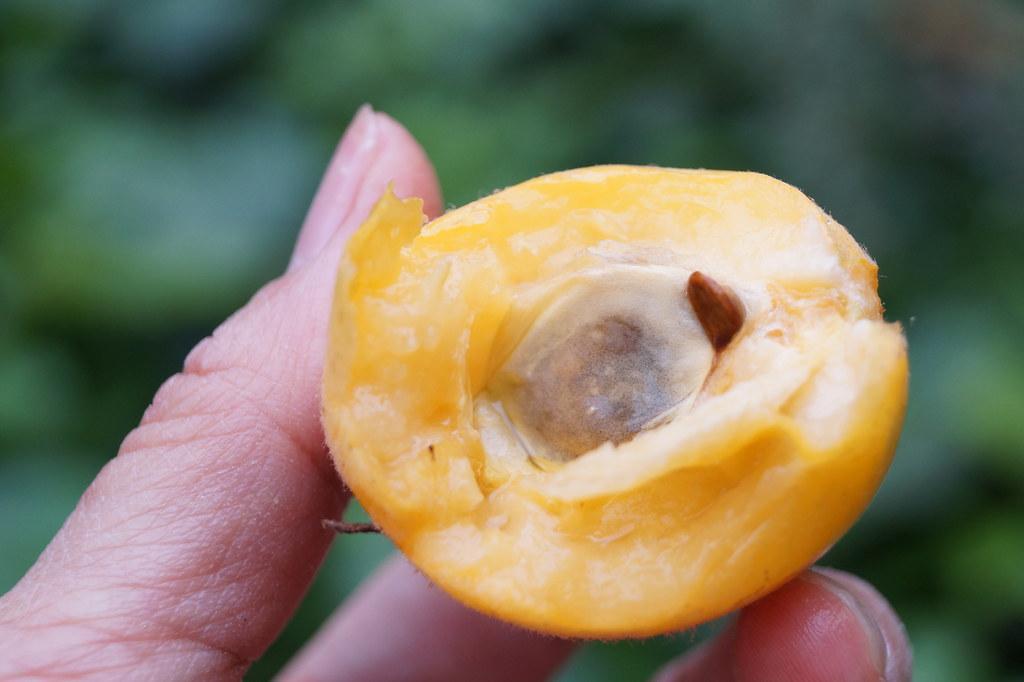 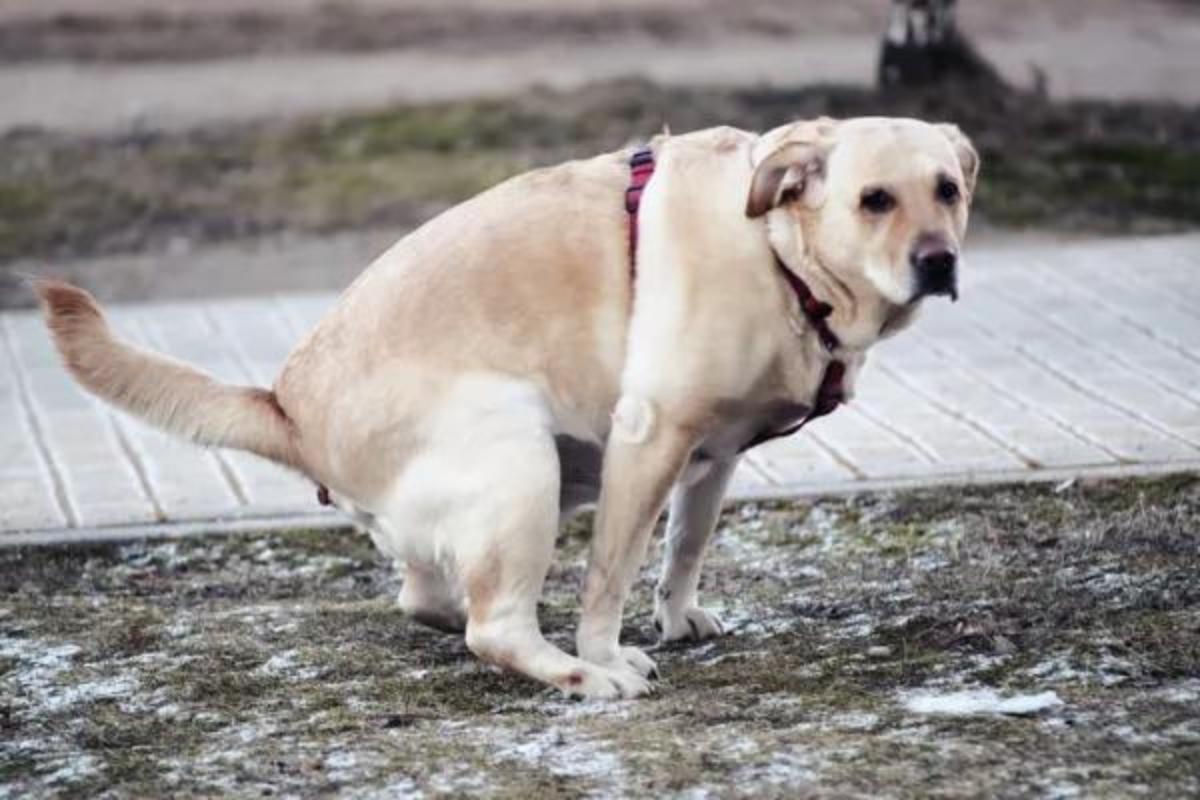 1 of 3
Can Dogs Eat Loquats?
Back to top