It should be no surprise that some cats look like lions. They are, as you may already know, relatives. All cats, whether big or small, wild or domestic, are in the mammal family known as Felidae. Although they share some key similarities, within this large group of cats are a wide variety of physical differences. Size is one of the most obvious differences, but coat patterns, hair shape and other factors can help us to differentiate between them. Since there is such diversity and close relations, it is perhaps no surprise than some domestic cats look like their big cat relatives.

At AnimalWised, we provide our list of cat breeds that look like lions. We explain a little about each one and provide photos so you can see the resemblance for yourself.

Perhaps the cat that looks most like a lion is the Maine Coon. Originating from the United States, while they won't quite reach the size of a fully-grown lion, the Maine Coon is the largest domestic cat breed in the world. Some can weigh over twenty pounds. Moreover, the longest recorded cat in the world was Stewie, a Maine Coon which reached over 4 feet in length[1].

One of the reasons the Maine Coon looks more like a lion than other cat breeds is the fact they have a mane of hair which encircles their face. This is similar to the characteristic mane of a lion, something which not all cats will have. For this reason, longhaired cats are often more likely to resemble male lions (female lions do not have a mane).

Despite their size, the Maine Coon is a sweetheart of a cat. They love to play and will develop strong bonds with their human families. For this reason, many cat guardians should not adopt a Maine Coon if they are unable to devote the time they require to be suitably physically and mentally stimulated.

Another longhaired cat breed which looks like a lion is the Ragdoll. They are strong and large, but not quite as big as the Maine Coon. They can exceed 35" in length, with males weighing up to 20 lbs and females usually being a little lighter.

The Ragdoll's coat is similar to the Siamese cat breed in that it is a color point pattern. This pattern shows darker patches of fur on the extremities, e.g. their feat and tail, as well as their ears and face. Their fur is long, thick and very soft. Again, the thick fluffiness of the hair around their neck, also gives this cat breed a lion-like appearance.

Color point cats can present in various colors and the Ragdoll is no exception. You can find individuals with red, chocolate, lilac, cream and others. However, the non-color point fur is usually white since it has a lack of pigmentation. Lions in the wild are not usually white, but they have a similar appearance. They are very sociable and have a tolerant character, making them great for all types of families.

Similar to the Maine Coon, the Norwegian Forest Cat is known for both their size and their long fur. Their lush coat also have a ring around the neck which resembles a lion's mane. However, although they are indeed a breed which looks like a lion, they probably more closely resemble a lynx.

The average weight of the Norwegian Forest Cat is between 17 and 22 lbs. They are relatively long-lived and have a life of up to 15 years, but many individuals have lived even longer. Their coat colors and patterns are varied, as they can present in black, gray, red or cream. They are a type of tabby breed, although they can also be bi-color, tri-color or solid.

Although they have a wild cat appearance, the Norwegian Forest Cat is calm, affectionate and loving. They are also curious and require a lot of exercise, so this needs to be accounted for when assessing whether your home is a suitable one for this lion-like cat breed.

The British Longhair is a strong and muscular looking cat. This big-eyed, small-eared feline has a thick tail and resembles a small lion. Some may be more familiar with the British Shorthair, but the longhaired version does have more of a leonine appearance. They are, however, a little rounder and not necessarily as lithe as a lion can be.

If you are thinking of adopting this feline, you should bear in mind that it has a calm and independent personality. This does not mean they do not want to have company. It does mean you should leave them alone if they give you any signals they don't want to interact.

The ragamuffin cat is characterized by having a robust and large physical appearance. They have a head larger than their body and large eyes. Similar to the Norwegian Forest Cat, this is another long-lived feline. Their life expectancy can be up to 18 years of age. In general, their coat is medium-long. For this reason, they quite often look like lions since the hair on their face is short, but they have a long mane which surrounds it.

As for the character, they are sociable, playful and active. In this way, it has a great capacity to adapt to a range of family environments.

If you want to read similar articles to Cat Breeds That Look Like Lions, we recommend you visit our Comparisons category. 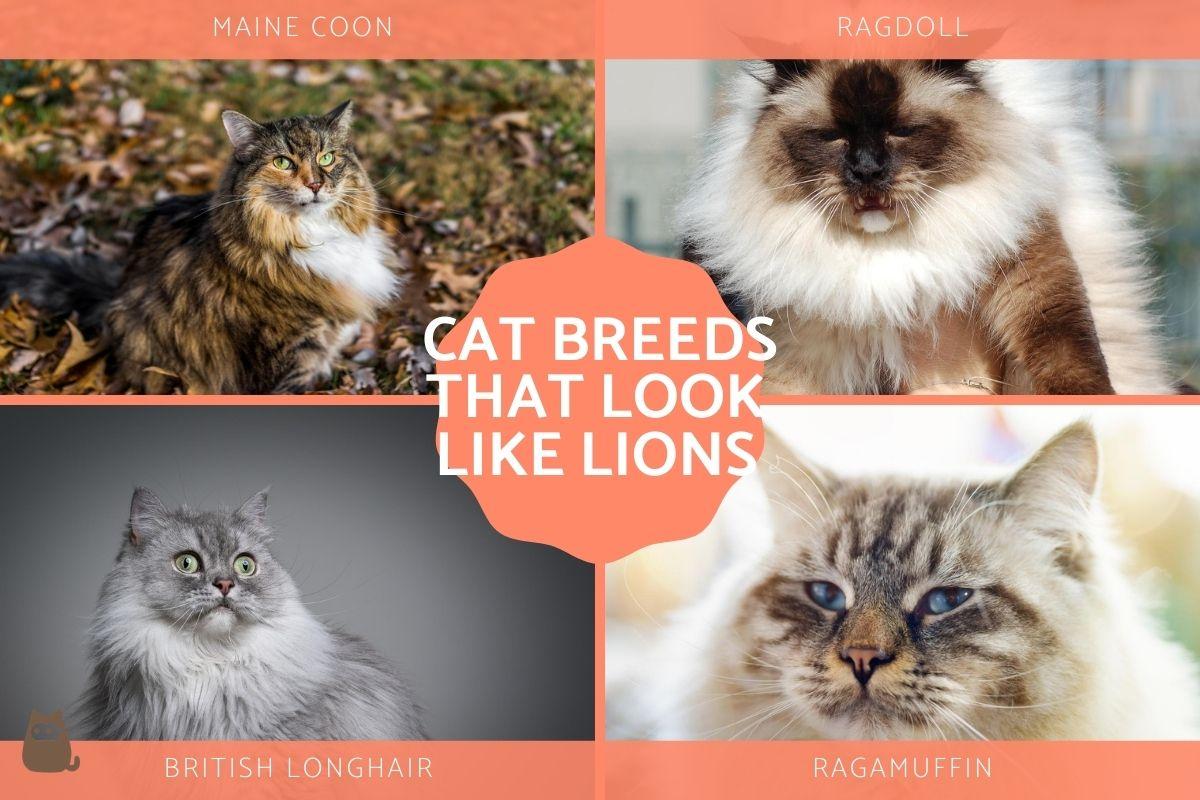 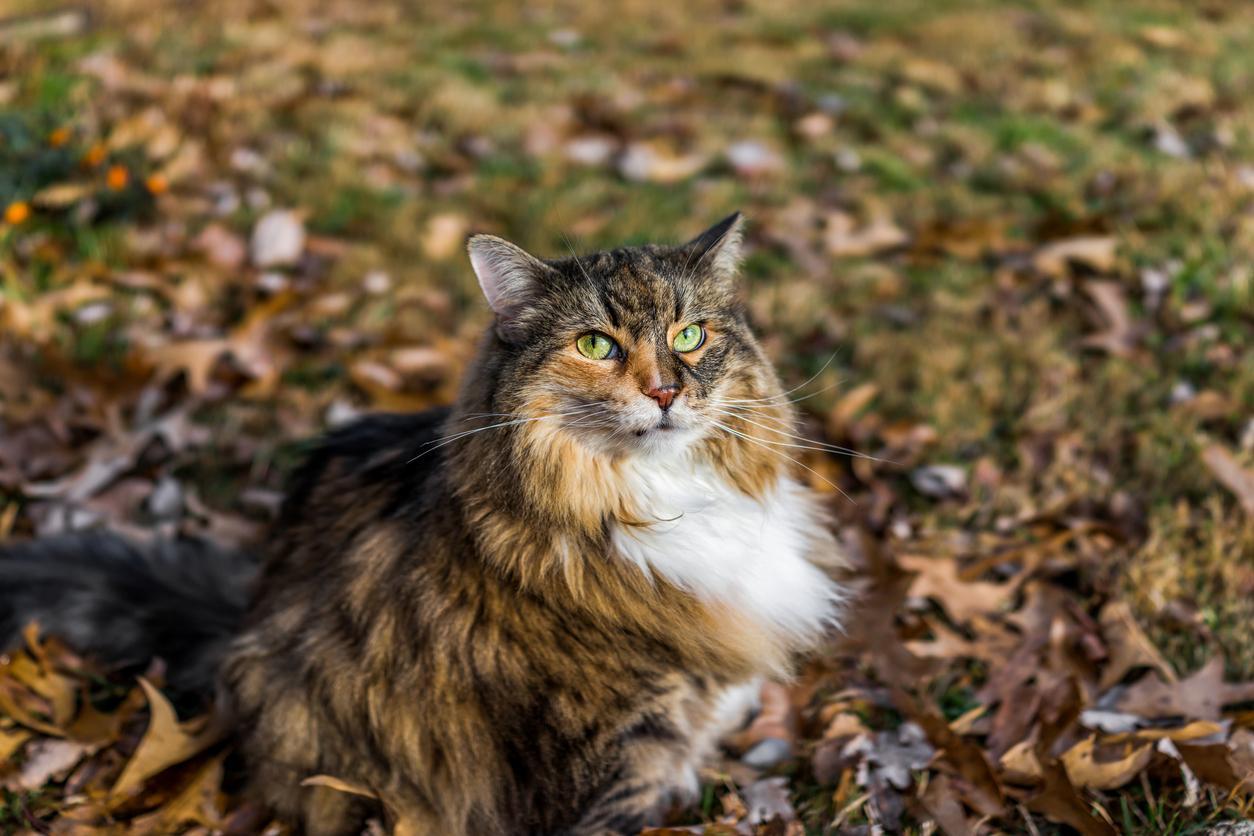 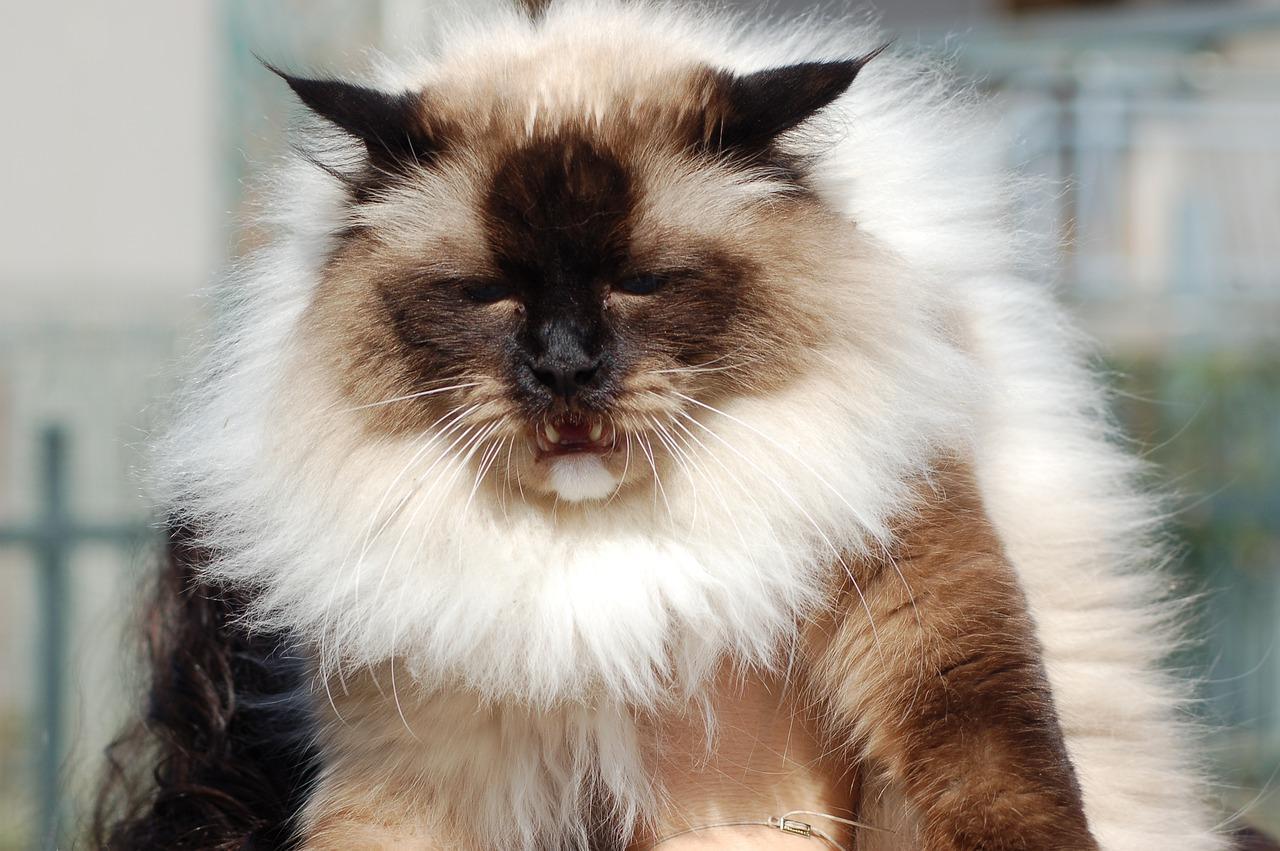 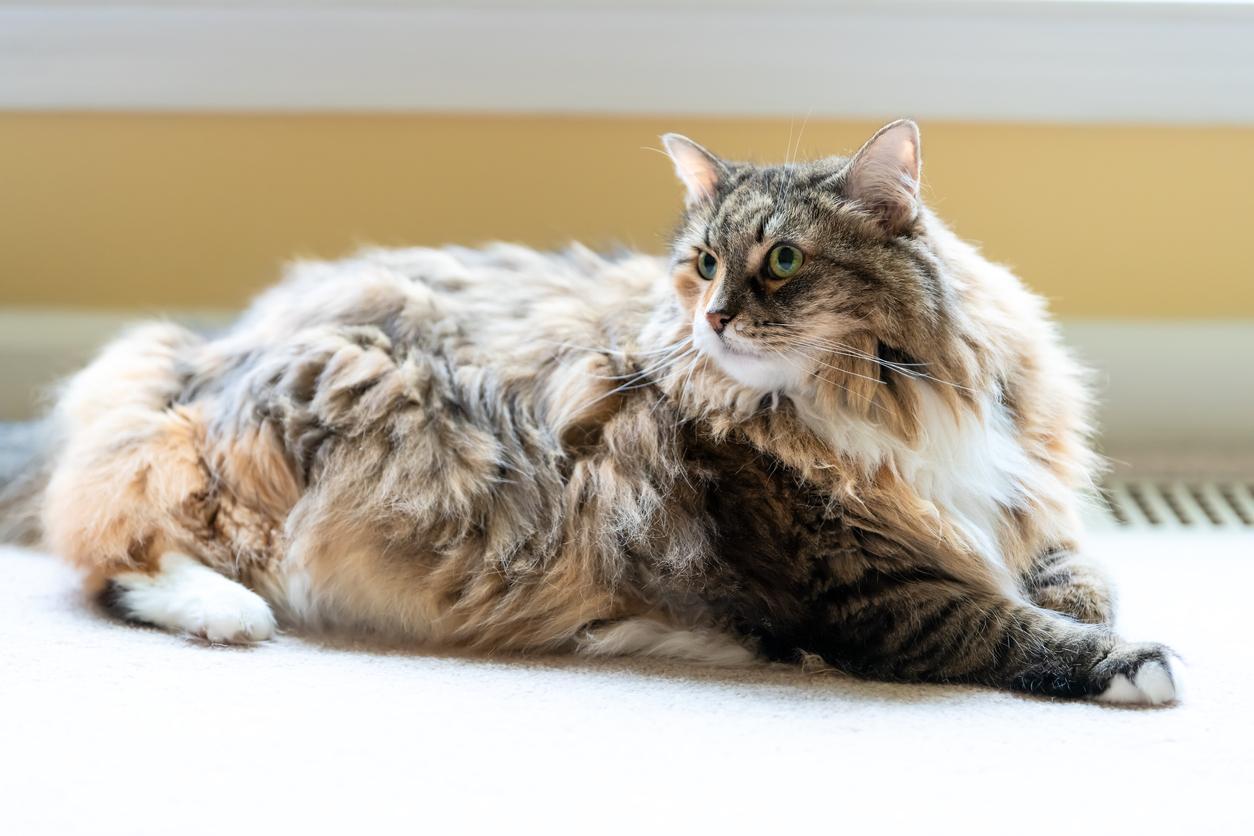 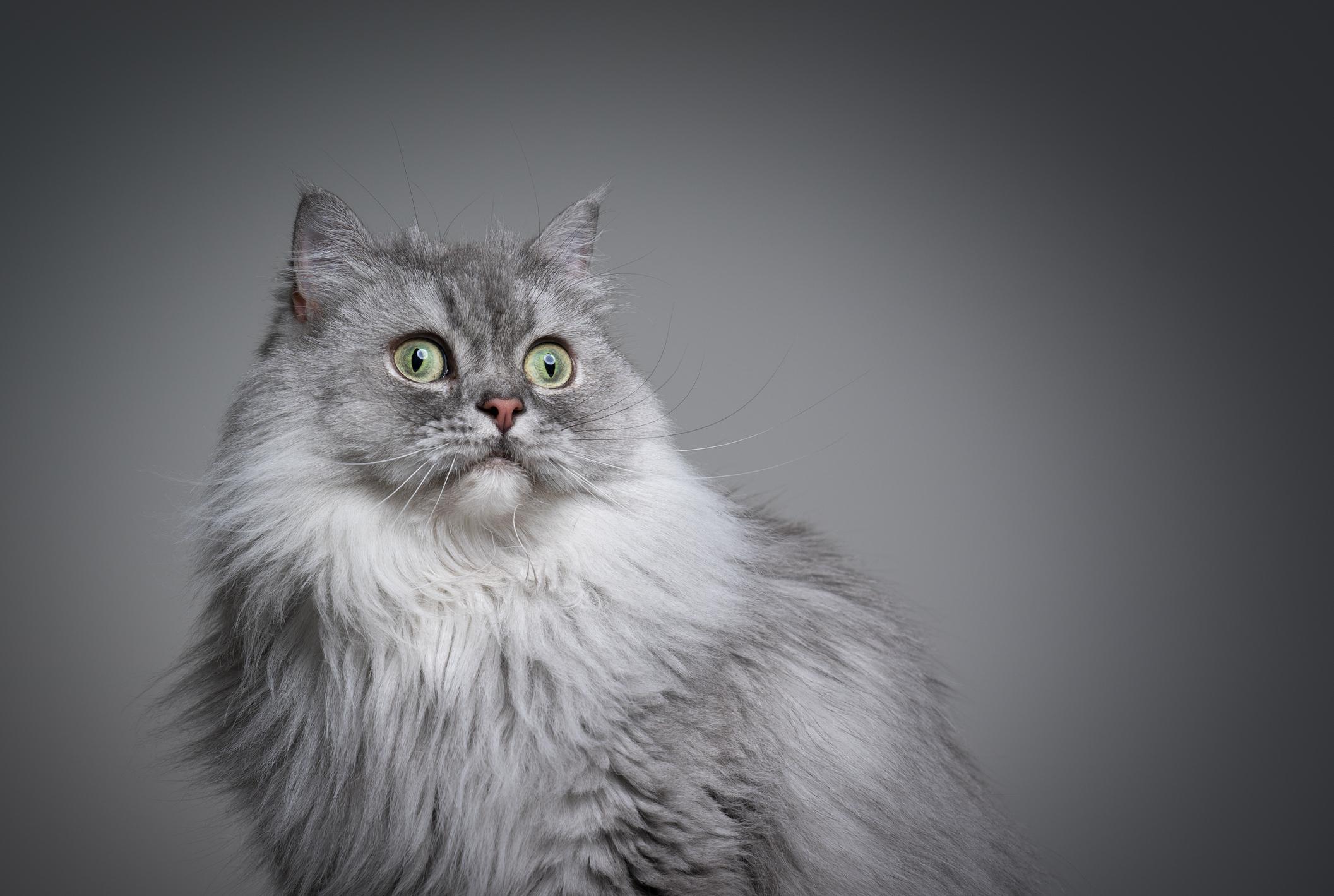 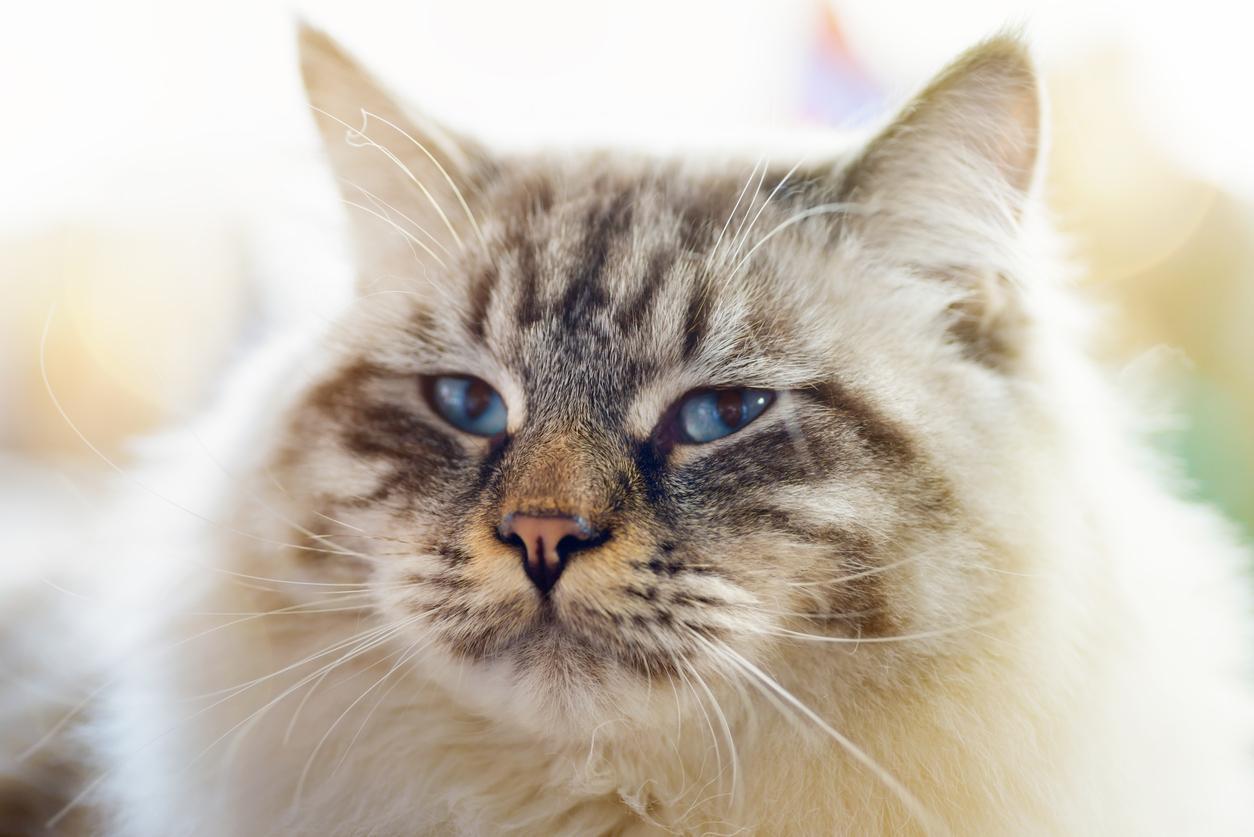