Siamese cats come from the ancient Kingdom of Siam (currently Thailand), where it's said that this breed could only be owned by royalty. Fortunately, this excellent and beautiful pet can now be enjoyed by any cat lover. While there are many variations of the Siamese cat, this often has to do with their coat coloring. This does not necessarily mean all these types of Siamese cat are recognized by breed organizations. We help by explaining all the different types and variations of Siamese cats along with their different coat colors.

AnimalWised will tell you of the different types of Siamese cats and contemporary Thai cats. We provide pictures so you can help recognize what type of Siamese cat you may have in your family.

You may also be interested in: Types of Siamese Fighting Fish
Contents

How many types of Siamese cats are there?

However, we might be able to go further and claim there is actually only one type of Siamese cat, the Modern Siamese. The reason for this is because the Traditional Siamese has recently been re-classified by many breed organizations as the Thai cat. They are sometimes known as the Wichien Maat or Old-Style Siamese. This is simply as a way to differentiate between the two cats which, despite the same origins, have developed quite different appearances.

Siamese cats and their personality

A common physical feature of all types of Siamese cats is their spectacular bright blue eyes. Siamese cats are also noteworthy for their cleanliness and how affectionate they are to people around them. They are even tremendously patient and proactive with children.

Siamese cats are known for being very vociferous. They will regularly make noises to attract the attention of their human guardians. They have a particular low-pitched sound known as a ‘meezer’. Both Thai and Siamese cats have very affectionate personalities and they are very playful. They are also very intelligent and have been known to learn tricks.

For their intelligence, strong bonding to humans, playfulness and other reasons, the Siamese cat is thought of as being a cat with a ‘dog-like’ personality.

Apart from the shape and differentiation of Siamese cats, the different types of Siamese cats are mainly distinguished by their color. Both Traditional and Modern Siamese cats have the ability to develop the same colorations and patterns of fur. Specifically, they both share the seal-point coloration gene which partly gives them their distinctive appearance.

The colors of their coat can range from creamy white to dark brownish-grey. However, they always display a particular characteristic in their face, ears, feet and tail which makes them stand out from other breeds of cat. This is what is caused by the seal-point gene. The body temperature in the extremities is lower, and the hair of Siamese cats is much darker in these places, ranging from almost black to solid black. This, combined with their blue eyes, clearly sets them apart from other breeds.

Seal-point variations are not visible in many other types of cat. The Himalayan is a breed of cat which has seal-point patterns, but only because they derive from a crossing of the Siamese with Persian cats.

Variants of the standard colors

There are two further types of variations in Siamese cats:

For all of the above different types and colors of Siamese and Thai cats, their body generally remains the same color. This is pure white or cream. Only the extremities will have the different colorations. It will be difficult to determine what color of adult cat you will have since all Siamese cats are born either white or cream. It is only when they age that the seal-point coloration becomes apparent.

Whether an adult or kitten, if you have decided to adopt a Siamese cat into your family, our article on common diseases of Siamese cats should help you to look after them as best you can.

If you want to read similar articles to Types of Siamese Cats, we recommend you visit our Comparisons category. 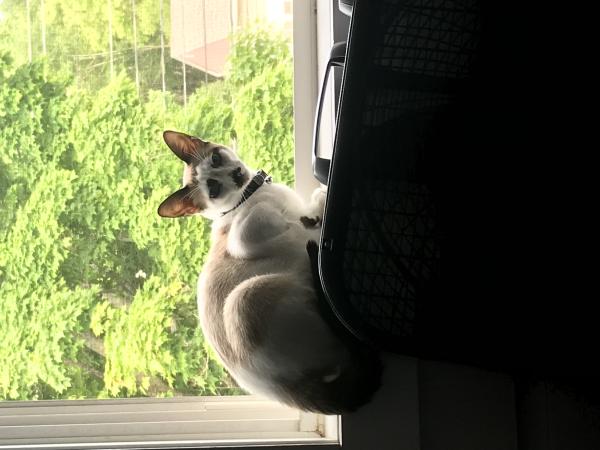 I was also wondering if my cat was a Siamese mix. The place where we adopted her seems to think so, but I’ve been told otherwise. Another site told me that she looked like she was just a Sealpoint domestic short hair, but to me she looks like she has some Siamese traits. Any opinions would be much appreciated! Thanks 🙂

Yes, it seems like it is possible they are a Siamese mix, possibly with one of these other long-eared cats: 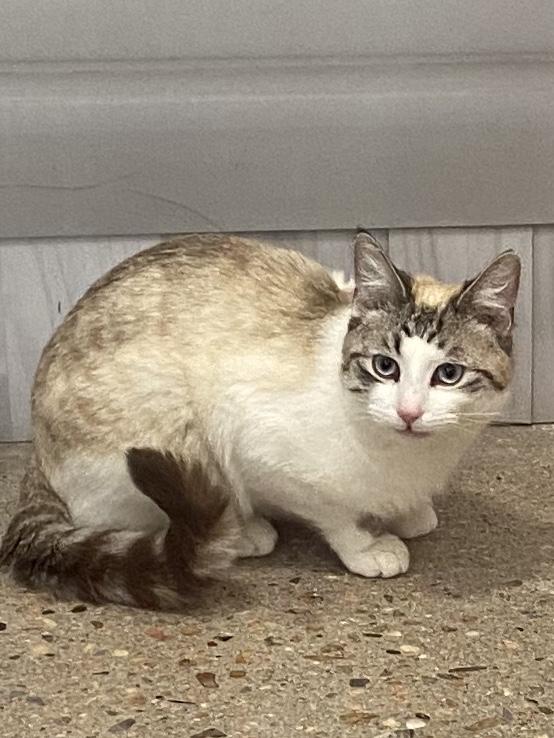 Is this a Siamese mix? If so what coloring?

There seems to be some colorpoint markings which likely comes from a Siamese cat somewhere in their lineage, but hard to tell how closely.
Lisa Moore
07/04/2021
Do domestic shorthair cats have blue eyes? I thought only cats in the Siamese, Himalayan breeds had blue eyes.
Rating:
samra
26/07/2019 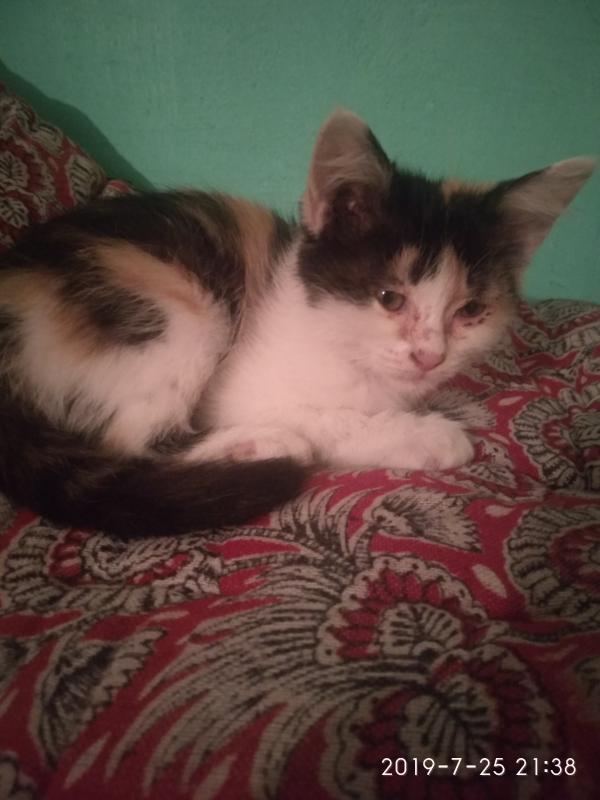 can u plz tell me she is persain cat or not

This is not a Persian cat, but they may have some Persian heritage. In fact, it is likely they do.
samra
25/07/2019
can u plz tell is she is persain cat ar not 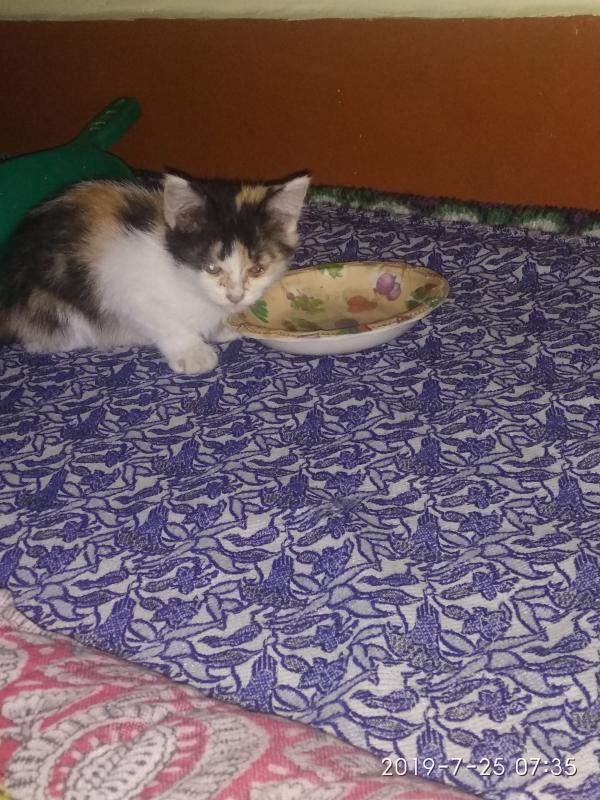 can u plz tell me gwat type of cat she is.she is 2 months old

This looks like a mixed-breed mid or longhair cat. They also look like they may have some eye issues which should be examined by a vet. Thank you for posting!
TK
06/08/2019
This looks like a long hair Calico. We had one just like this.
Types of Siamese Cats 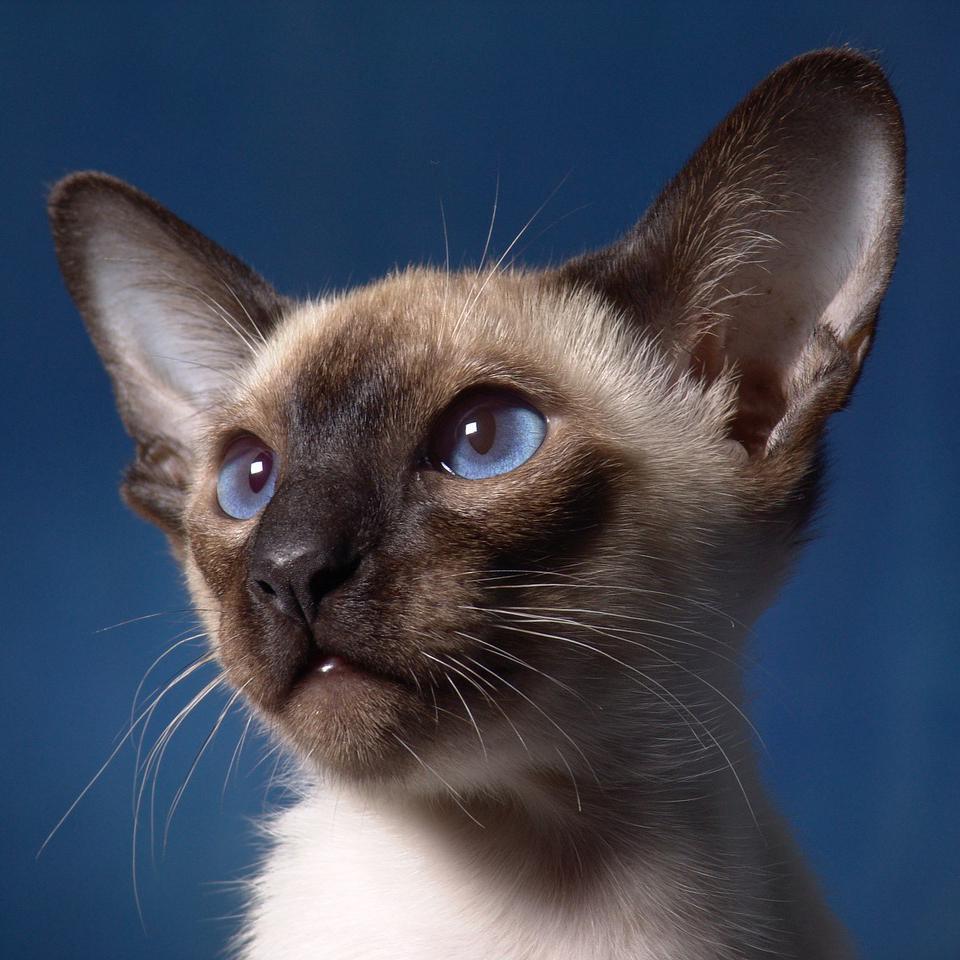 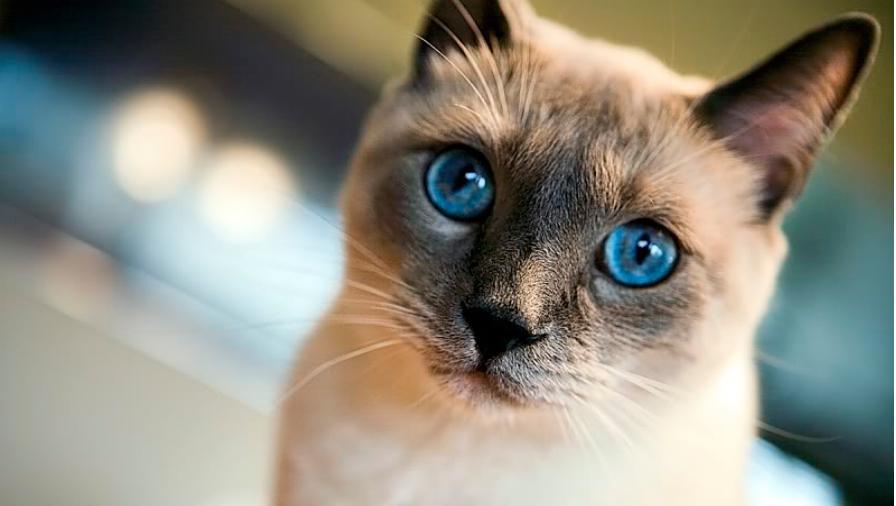 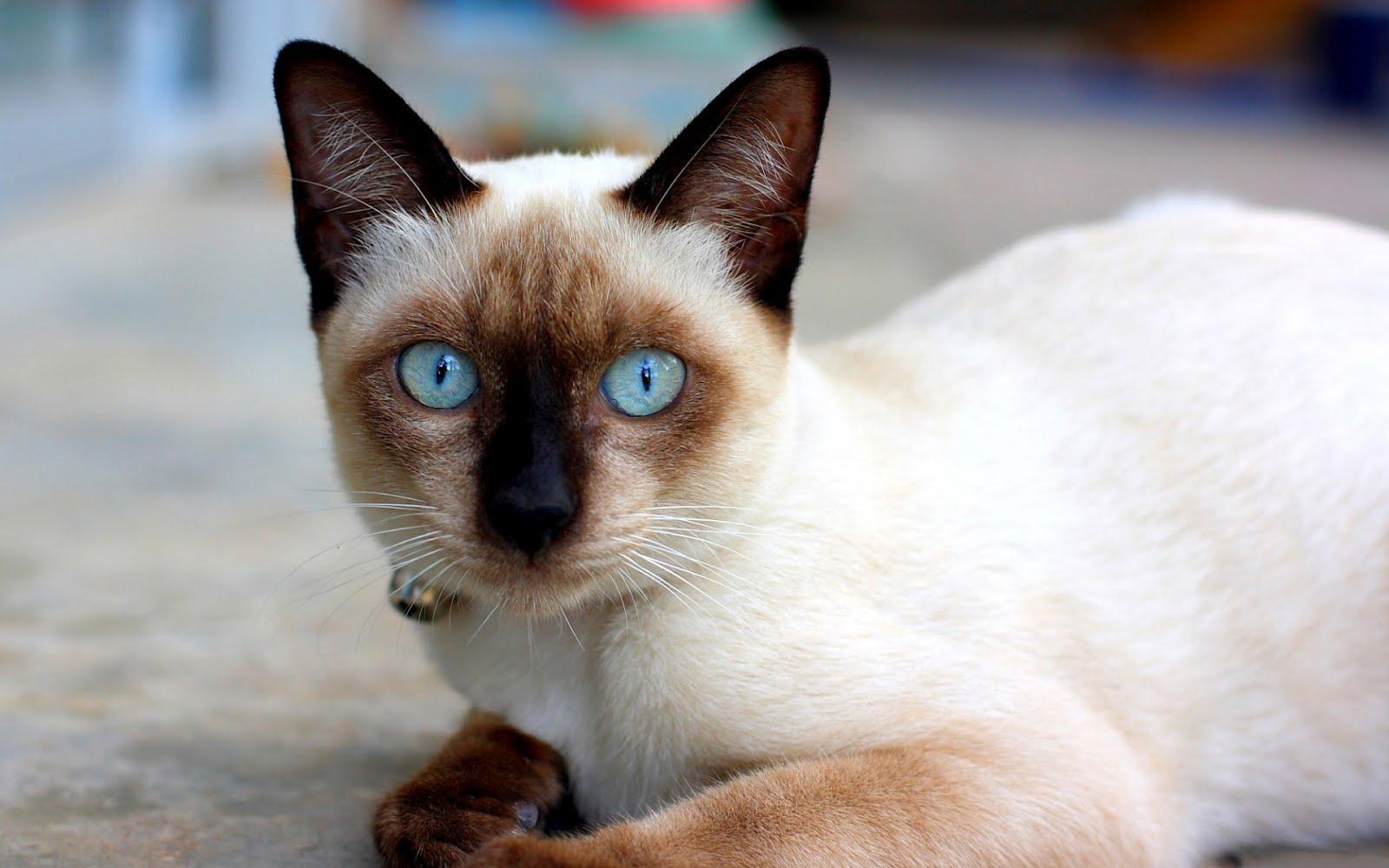 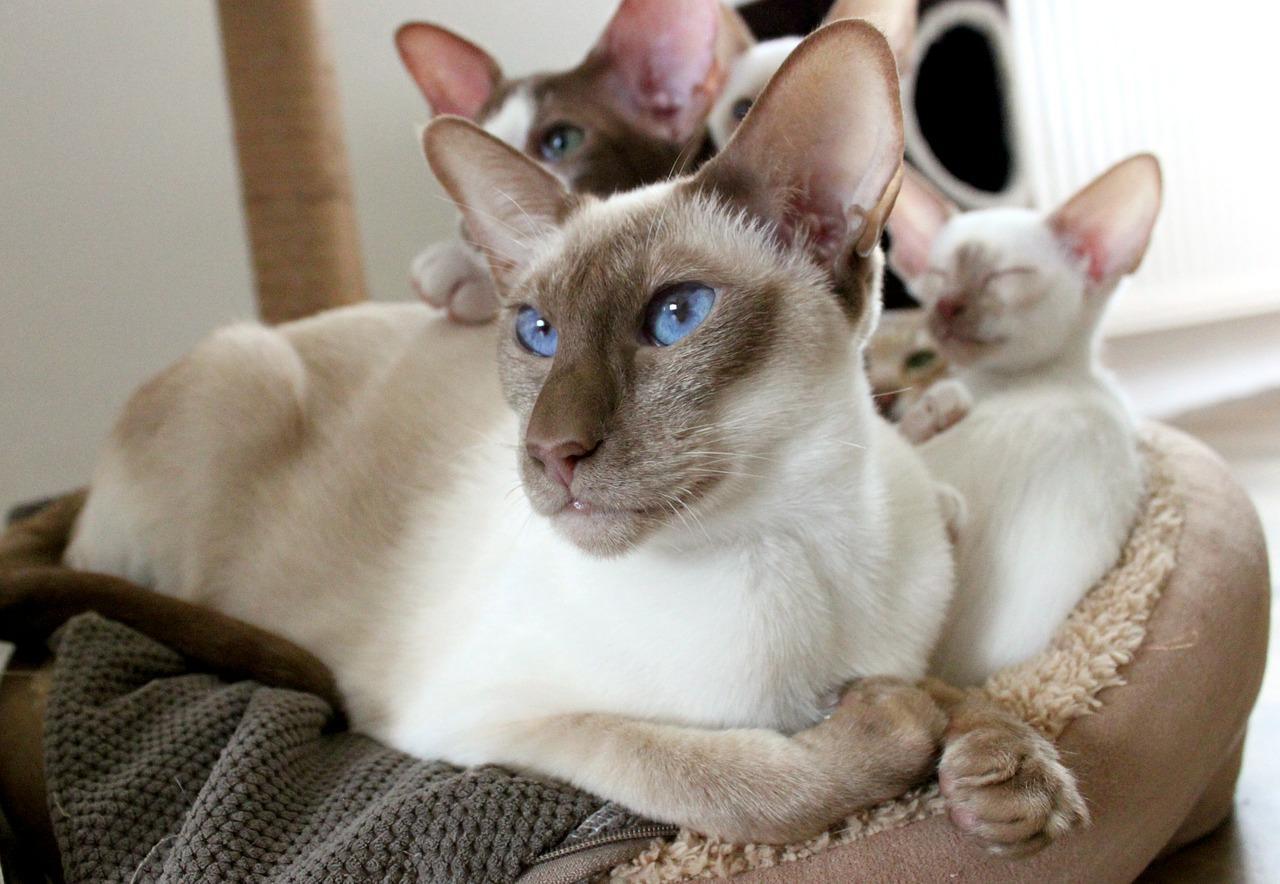 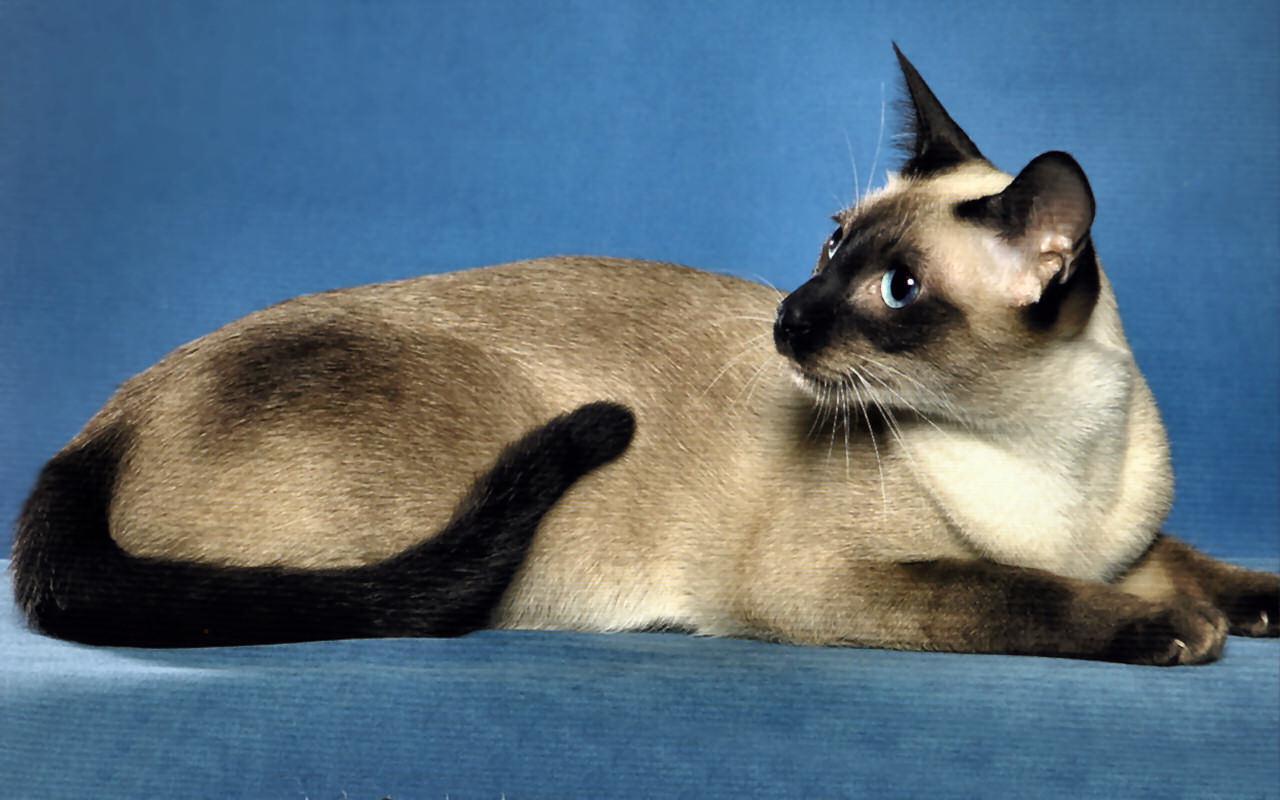 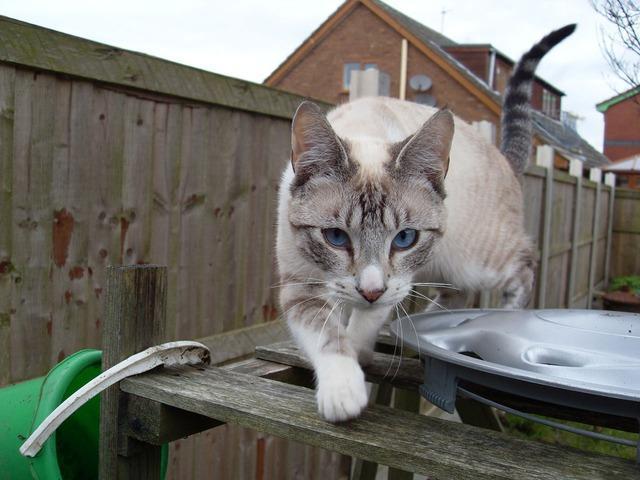 1 of 6
Types of Siamese Cats
Back to top