Differences Between the Westie and the Maltese

Having a hard time deciding whether to adopt a Westie or a Maltese? Although one breed has silky smooth curls and the other is shaggier, the two look alike. However, they come from very different backgrounds and were bred for very different purposes. Therefore, although they look very similar on the outside, they differ in character and other key aspects.

In the following AnimalWised article, you will learn to tell the difference between a Westie and a Maltese. If you are wondering which dog should be your next pet, be sure to read this guide to make an informed decision.

You may also be interested in: Maltese Dogs: Differences Between the American, Korean, and European Lines
Contents

The origins of the West Highland White Terrier and the Maltese

When deciding if a dog is the right breed for you, it is important to research the breed's history. It can tell you a lot about what your dog will be like as a family pet and why they are the way they are. As mentioned earlier, these two dogs come from very different backgrounds, so let us take a closer look at their origins.

The West Highland White Terrier, also known as Westie, is descended from the Cairn Terrier and originated, as the name suggests, in the western Highlands of Scotland. The exact date of origin remains a mystery, but it is known that James I of England requested some "white terriers" from Argyleshire in Scotland in 1620, which may have been one of the earliest mentions of the Westies.

Legend has it that the Westies originated in a hunting accident. During a hunt, Colonel Edward Malcom of Poltalloch accidentally killed a Scottish Terrier, an ancestor of this breed, because he mistook it for a fox. As a result, he chose a dog with white fur to avoid the same mistake.

It was bred to hunt otters, foxes, and vermin. The Westie stood out for its ability and usefulness in the control of rodents and other vermin that roamed farms and cities.

Origins of the Maltese

The Maltese, on the other hand, is a much older breed of dog. In fact, it is considered one of the oldest known breeds: Charles Darwin traced the origins of the Maltese to 6000 BC. The Maltese belongs to the Bichon dog family, which originated in the Mediterranean region. It is likely that the Maltese were brought to Malta by the Phoenicians, who ruled the Mediterranean before the rise of Greece.

In the tomb of Pharaoh Ramses II (1301-1225 BC), stone statuettes were found that resemble today's Maltese. On vases from the period between 500 BC, there are images very similar to the Maltese.

The Greeks of the fourth and fifth centuries BC were fascinated by the geometric beauty of the Maltese, and is commonly depicted on ceramics from the Golden Age. The aristocrats of the Roman Empire, on the other hand, perfected the role of the Maltese as a status symbol and fashion statement.

After the fall of Rome, it was Chinese breeders who saved the Maltese from extinction during the Dark Ages in Europe. The Chinese wisely crossed their native toy breeds and exported a refined Maltese to Europe.

The breed has been prized by kings and aristocrats throughout its history, and can be seen in portraits of Queen Elizabeth I of England and other royalty.

If you want to learn more about other breeds that originated in Scotland, do not miss this other article where we discuss the types of Scottish dog breeds.

Physical differences between the Westie and the Maltese

The Westie and the Maltese are physically similar breeds, but there are many key elements that can help us distinguish them. Here are some of them:

If you want to know more about the physical characteristics of the Maltese, you should not miss the following article, in which we explain how to recognize a Maltese as a purebred.

Differences in character between Westie and Maltese

The Westie and the Maltese also share common personality traits, as they are both very active and alert dogs. Below, we will show you some differences in the character of the two dogs:

There are several traits that Westies possess that define them as being smart, confident, adaptable, and a lot of fun to play with. Like all terriers, Westies were bred to work alone, so their independence can make training a challenge. However, Westies are algo highly intelligent and accept patient, consistent lessons that keep them happy and interesting. Despite their size, Westies are sturdy, sober dogs that require little pampering. They can also be very loud. Westies tend to be more energetic than Maltese.

Character of the Maltese

Because Maltese dogs have lived with people for generations, they have mastered the art of getting what they want. Therefore, it is important that they be trained consistently. Maltese are athletic and talented and are great for dog sports like obedience or agility. Although they are stubborn, positive training methods work well with them. Maltese are not as loud as Westies.

If you want to learn more about how to properly train your dog, regardless of breed, read this article, where we give you the most essential tips for dog training.

Which is the right breed for you?

Perhaps you are considering the option of adopting a West Highland White Terrier or a Maltese, but have not decided yet. Here are some final tips to help you figure out which one is best for you and your lifestyle.

You need to keep in mind that the Maltese requires more dedication and attention to grooming due to its shiny and soft coat that needs to be brushed daily. In contrast, the Westie only needs to be brushed once a week and mowed occasionally. However, it is also important to keep in mind that the Maltese does not shed and is hypoallergenic, unlike the Westie.

If you have enough free time and like to exercise and go for walks, then the West Highland White Terrier is a great match for you, because it is more energetic and needs daily physical activity. On the other hand, if you are a more of a domestic person, we recommend the Maltese, which is more suitable for a life indoors. It is especially suitable for elderly people or people with limited mobility.

Finally, as for character, both breeds are very social and fun to play with. However, it is essential to remember that the Maltese was bred as a lapdog and therefore needs frequent human interaction and does not like to be left alone. Westies, on the other hand, are far more independent and are less prone to suffer from separation anxiety and other behavioral problems.

If you want to read similar articles to Differences Between the Westie and the Maltese, we recommend you visit our Comparisons category.

Differences Between the Westie and the Maltese 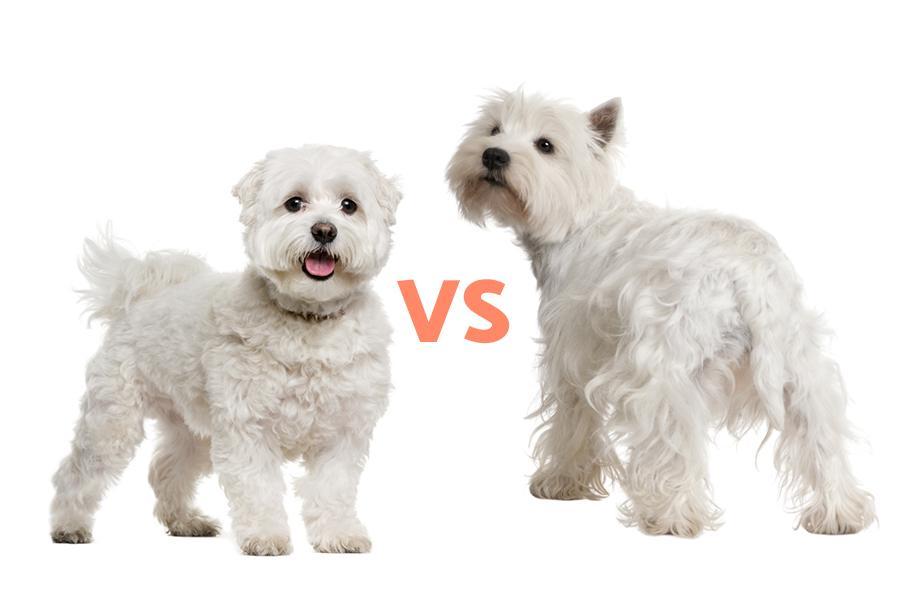 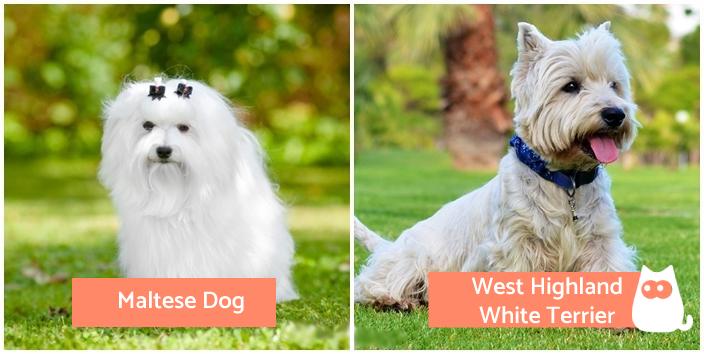 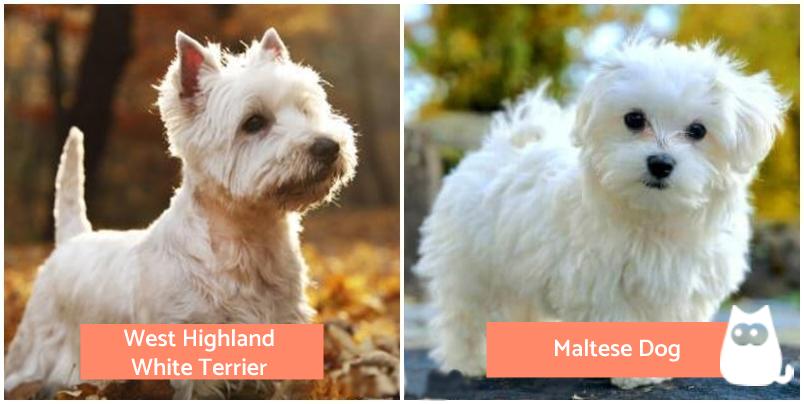