What is the Difference Between a Goat and a Sheep?

While you may believe that the differences between goats and sheep are obvious - the former have horns, the latter are woolly - this surety falls apart as soon as you come across a particularly hairy goat breed or a male horned sheep. Telling goats and sheep apart, then, is much more complex than that.

In this AnimalWised article, we'll clarify what is the difference between a goat and a sheep. We'll go over their main physical and behavioral traits and the different vocabulary used to name male and female goats and sheep.

You may also be interested in: What is the Difference Between a Donkey, a Mule and an Ass?
Contents

Are goats and sheep the same species?

First of all, no: goats and sheep don't belong to the same species. However, they are closely related. Both of them belong to the cattle family, Bovidae, and the goat-antelope subfamily, Caprinae. All its members are described as "caprine", and they are all ruminant herbivorous mammals.

Goats belong to the genus Capra, which in its eight species also includes turs, ibexes and markhors; the exception is the mountain goat from America, which belongs to the genus Oreamnos. The domestic goat is a subspecies of the wild goat (Capra argagrus).

On the other hand, sheep belong to the genus Ovis, where we can also find mountain sheep, mouflons, urials, bighorn sheep and thinhorn sheep. The domestic sheep (Ovis aries) is believed to descend from the mouflon.

What are male, female and young goats and sheep called?

Among the differences between a goat and a sheep we find the specific vocabulary used to refer to them depending on their age and sex, although some words overlap.

Goats and sheep can crossbreed, creating hybrids just like donkeys and horses result in mules and lions and tigers result in ligers. These sheep-goat hybrids are called geep or shoat, and they are extremely rare and usually infertile. There have only been a handful of cases.

Differences in horns between goats and sheep

Domestic goats are usually recognized for their pair of horns, typically large arched. There are many types of goat breeds, though, and the size of the horns varies. A few goat breeds are polled, that is, they have been bred to not grow horns at all. Both male and female goats have horns.

Domestic sheep can have horns, but not as large or as commonly as goats. Depending on the breed, sheep can have horns regardless of their sex, horns only in the case of males, or none at all. In most cases, sheep that do have horns have a single pair - one at each side of the head -in the shape of a spiral.

However, the presence of horns is not enough to tell the difference between a goat and a sheep, because most farm animals have their horns removed to prevent accidents.

In the picture you can see a goat.

Differences in coat between goats and sheep

Another way to tell a goat and a sheep apart is to take a closer look at their coat. Goats are usually covered by a double coat, with long, rough guard hair in the outer layer and soft down fibers in the inner layer, which insulates them from the cold.

However, the famous Angora goat breed from Turkey has a woolen coat and no guard hair: its silky, curly hair is known as "mohair". The cashmere goat breed native to the region of Kashmir (India, Pakistan and China) also has very fine down, which is made into "cashmere" or "pashmina" wool.

Sheep, on the other hand, have a fleece - curly, crimped fur - all over their body except for their face. Some sheep breeds, like the Merino sheep, have dense, tight crimped fleeces that make fine wool. Other sheep breeds have coarser fleeces, and they are classified as "carpet" or "medium" wool sheep.

Nonetheless, not all sheep breeds have wool. Fur or hair sheep, like the Barbados Blackbelly or the Dorper, do not grow a fleece but normal hair, like goats. As you can see, using the presence of wool or hair to differentiate between a goat and a sheep is also not the best method.

Other hair-related differences between goats and sheep include the beard: sheep do not have beards, while some goat breeds do.

In the picture you can see a pair of Merino sheep.

Differences in habitat and diet between goats and sheep

Both domestic sheep and domestic broads are present almost everywhere in the world, where they are kept by humans to produce milk, cheese, wool and meat, among other products.

Sheep were domesticated from the mouflon (Ovis orientalis orientalis) in the Fertile Crescend around 10,000 BC; their wild relatives are known to prefer the rugged terrains and woods of the regions between Europe and Asia. Goats were domesticated around the same time and place from the bezoar ibex (Capra aegagrus aegagrus).

Sheep are mostly grazers, and their diet is based on grass and clover, including monoculture pastures. They also feed on hay, and they get minerals by licking on them. The dietary habits of goats are more varied, as they will eat woodier, rougher plants, shrubs, leaves and vines - and they will even eat leftover food (and its containers) from humans. Unlike sheep, goats do not graze but browse.

You could also point out what is the difference between a goat and a sheep by taking a look at their behavioral traits. Sheep are very social and stay with their flock, only rarely going away on their own. Goats, on the other hand, are more independent, clever and adventurous, as well as extremely curious and playful.

In the picture you can see a kid, that is, a young goat.

Other ways to differentiate goats from sheep

If physical traits such as the coat or the horns are not enough to point out the difference between the two species, how can you do it?

Sheep have a division in their philtrum, that is, their upper lip. Goats have short tails that pop upwards, while sheep can have long or docked tails that always hang downwards. In the picture you can see a sheep with spiral horns.

If you want to read similar articles to What is the Difference Between a Goat and a Sheep?, we recommend you visit our Comparisons category.

What is the Difference Between a Goat and a Sheep? 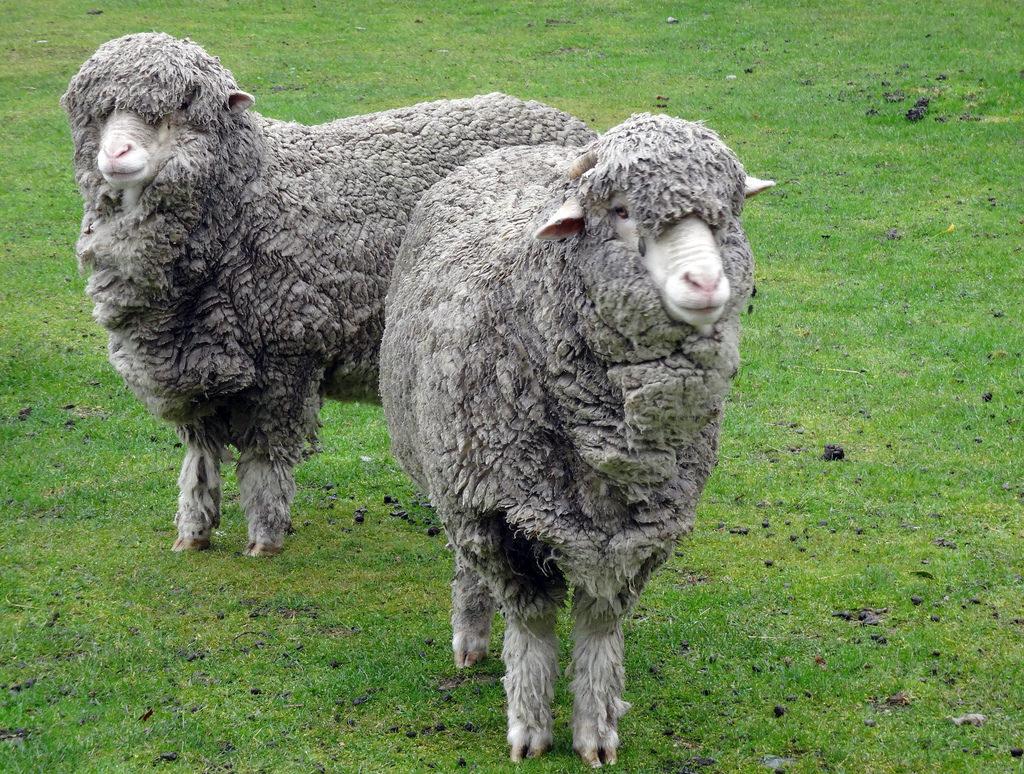 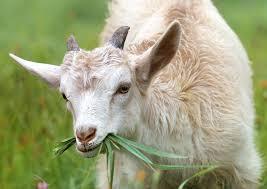 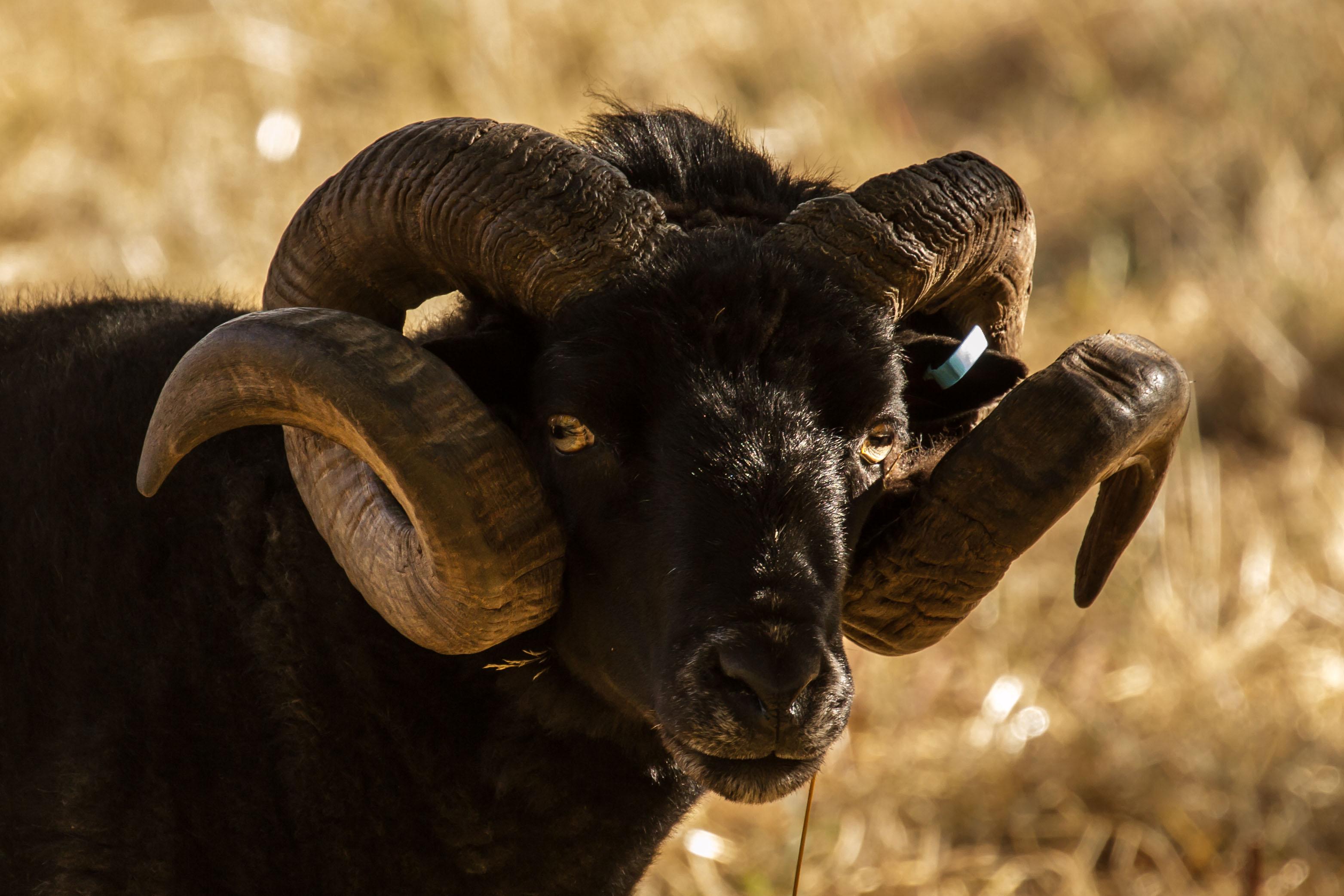 1 of 5
What is the Difference Between a Goat and a Sheep?
Back to top