Domestication of Dogs - Origin and History

While we share knowledge on all kinds of companion animals, there is a reason the dog features in so many of our AnimalWised articles. The dog is not considered ‘man's best friend’ simply because they are adorable, loving and incredibly beneficial animals with which we can share our lives. It also has a lot to do with the history between man and dog. Current estimates suggest this relationship began in vain around 16,000 years ago. This makes the dog the first animal to be domesticated by humans.

Learn more about the domestication of dogs. We find out about the origin of the story between humans and canines, chart the history of its evolution and understand the reasons for the dog's esteemed place in our hearts.

You may also be interested in: The Origin of the German Shepherd: History and Fun Facts
Contents

While there is much we do not know, we can say with authority that the dog was the first animal domesticated by the human being. The process was slow and gradual, so it cannot be established exactly when the domestication of the dog began. The most recent discoveries suggest its origin took place in the Upper Paleolithic stage of the Stone Age, around 16,000 years ago.

Most studies support the theory that all dogs are descended from the gray wolf (Canis lupus). Since there is such diversity of domestic dog breeds in terms of physicality and behavior, it can be easy to forget all pet dogs are part of the same species (Canis familiaris).

Although the consensus is that dogs are descended from an extinct species of grey wolf, researchers studying the genetic ancestry of dogs have some conflicting theories. Some claim that domestic dogs and wolves share a common ancestor, rather than the former descending from the latter. We do know that the DNA sequences of wolves and dogs show are very similar, with the current belief being that dogs and wolves are subspecies of the same species.

What is known for sure is the decisive factor of the first encounters between wild wolves and people. Specifically, it was the end of the Ice Age. The harsh living conditions that devastated the planet during this era condemned human beings to practice nomadism, i.e. living in constant movement to find new shelters to protect themselves and survive. It was during the last glaciation that humanity experienced (Würm glaciation) when the domestication of the dog began.

Now we know something about their shared history, you can learn about the differences between dogs and wolves with our related article.

Throughout the history of mankind, multiple theories have arisen to explain the true origin of the domestic dog. The reason we only have theories is that the exact correlation between dogs and people is still unknown. The most likely theories up to this point are the following:

As we have already mentioned, the true origin of the relationship between dogs and humans remains an open question. Let us know in the comments which seems most likely to you.

The history of dog domestication can be understood as a process divided into two stages:

Regardless of whether wolves approached humans or vice versa, the first contact between these two disparate species began the process of domestication. Since it began such a long time ago, thousands of years of evolution have resulted in various physical and behavioral changes, although many traits remain. This resulted in genetic differences emerging between wolves and the animals which lived near human settlements.

From these primitive dogs, humans were selecting certain characters of behavior, appearance or ability. Originally, these traits were ones which were of particular use to them. This meant working abilities and behaviors which would provide benefit to the often very harsh conditions of the human settlements. It was likely only later that dogs began to be breed for attractiveness or to be used solely as companion animals, although this is difficult to determine.

Through selection by directed crossbreeding, groups of dogs began to differentiate in which certain characteristics were consolidated. This led to the establishment of the first dog breeds (such as the Basenji). In addition to the selection of the first breeds, human training and care also greatly influenced the domestication process.

Why were dogs domesticated?

Now we know the history and process of the domestication of dogs, we should know a little more about why this happened in the first place. All animal domestication processes represented a benefit for both parties involved, at least initially. There were:

The dog was domesticated out of a need to have an ally for hunting, herding, resource protection and companionship. As the relationship between primitive dogs and humans became closer, these animals began to be incorporated into the daily life of the settlements. This included simple companionship.

Over time, humans selected those characteristics that were most useful to them, such as speed, the ease of moving through the water, hunting skills or the ability to withstand extreme temperatures. Throughout this process, the bond between human and dog became so strong that affection was exchanged between the two. It is thanks to this that we have the loving relationships we come to associate with dogs today. 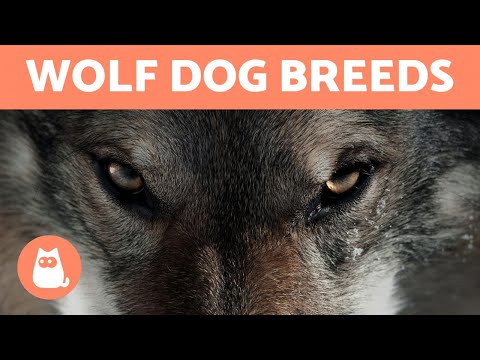 If you want to read similar articles to Domestication of Dogs - Origin and History, we recommend you visit our Facts about the animal kingdom category.

Bibliography
Cat History and Evolution
The Origin and Evolution of Animals
What is a Raccoon Dog? - History and Facts
Genetic Ancestry of Dogs
Related categories
Endangered animals
Most read
1.
What Animal am I According to my Zodiac Sign?
2.
What Does It Mean When a Cat Shows Up at My Door
3.
10 Most Beautiful Animals in the World
4.
How Many Types of Lions Are There?
5.
The 10 Most Solitary Animals in the World
6.
Why do Dogs Get Stuck when Mating?
7.
10 Smells that Attract Cats
8.
Animals With Scales - Full List
Different Types of Domestic and Wild Parrots
What is the Origin of the Bengal Cat?
What is Groundhog Day? Meaning and History
15 Famous Black Cats in History and Culture
Different Types of Wolves and Their Characteristics
Long Eared Domestic Cats
Who Are the Christmas Reindeer? History and Names
Domestic Cats That Look Like Leopards

Domestication of Dogs - Origin and History 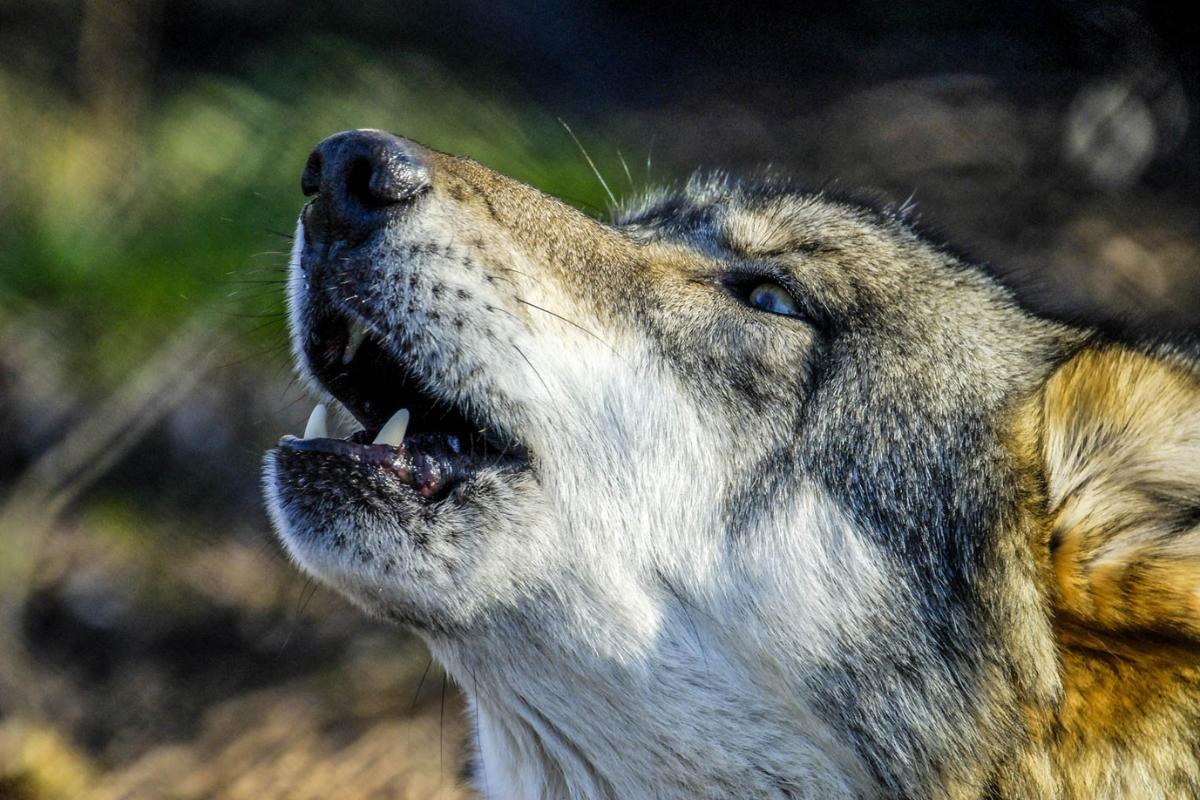 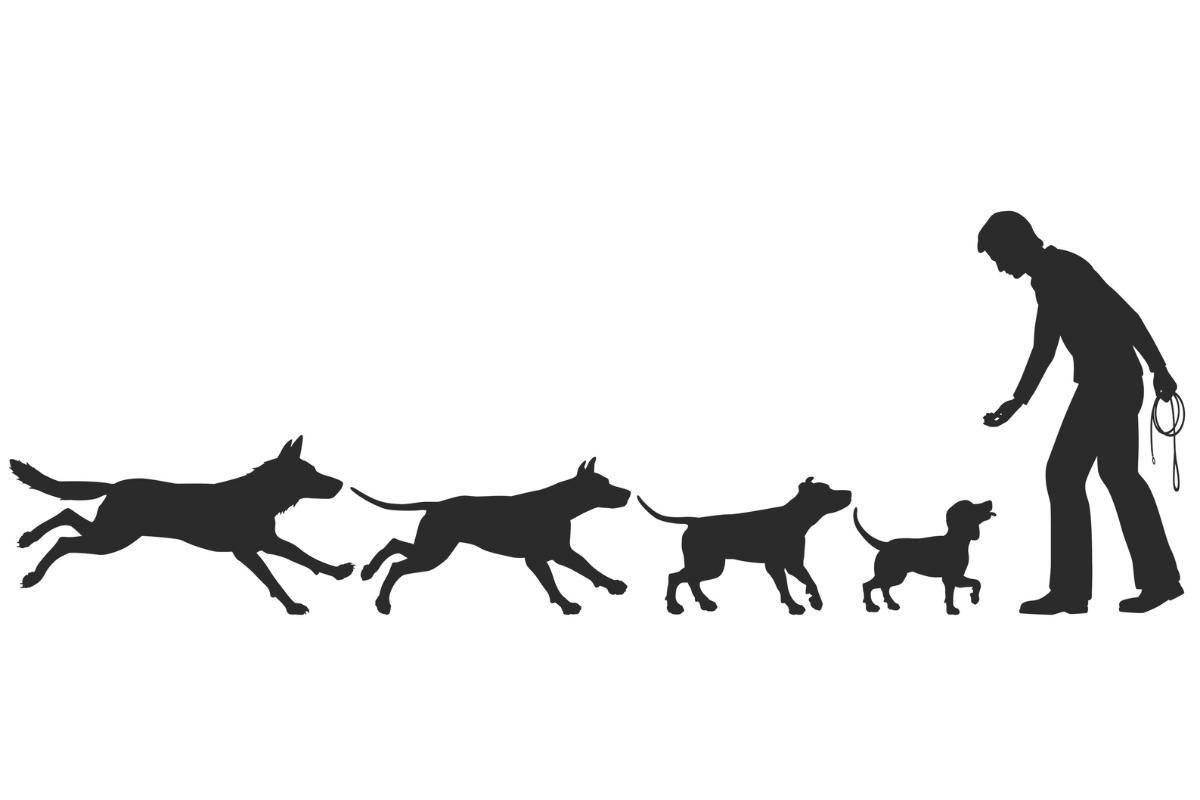