Parrots are birds that belong to the order Psittaciformes. There are roughly 393 species of parrots . They mostly live in tropical and subtropical habitats. Unfortunately one-third of all parrot species are threatened by extinction.

In this AnimalWised article we're going to talks about the different types of parrots, their characteristics and examples. Keep reading to learn more!

You may also be interested in: How Do Parrots Mate and Breed? - The Reproductive Process of Parrots
Contents

As we've mentioned, these birds form part of an order with more than 393 species that inhabit tropical and subtropical regions of the planet. Their order is divided into three superfamilies (Strigopoidea, Psittacoidea and Cacatuoidea) that differ in features such as size, plumage coloration and geographic distribution. They have a great variety of particular characteristics like the ones we will see below:

The Psittaciformes order is divided into three superfamilies which have their own classification. Therefore, the main types of parrots are those classified in the following superfamilies:

The Strigopoidea superfamily is divided into two families, which include the mentioned parrot types:

As we said, this superfamily is made up of cockatoos. So, it only includes the Cacatuidae family which has three subfamilies:

We find species such as the white cockatoo (Cacatua alba), the nymph cockatoo (Nymphicus hollandicus) or the red cockatoo (Calyptorhynchus banksii).

This superfamily is the largest out of all of them since it includes more than 360 species of parrots. It is divided into three families, each with its different subfamilies and genres:

In this superfamily we find the typical parrots, so there are species such as the pink parakeet (Neopsephotus bourkii), the inseparable Malagasy (Agapornis canus) or the red- throated lori (Charmosyna amabilis).

The different types of parrots can also be classified by size, as we will see in the following sections.

There are many types of small parrots that exist, so below we show a selection of the most representative or popular species.

This species belongs to the superfamily Psittacoidea (family Psittaculidae and subfamily Psittaculinae). At 3.1-4.3 inches (8 to 11 cm) in length, They are the smallest species of parrot that exists. It is a very little studied species, but we know that they are Native to New Guinea. They inhabit humid forest areas and forms small groups of about six individuals.

Also known as blue-winged parrot, this species is found within the superfamily Psittacoidea (family Psittacidae and subfamily Arinae). They measure around 5.1 inches (13 cm) in length.

They are native to South America and inhabits a wide range of areas, from natural open areas to city parks. It presents sexual dimorphism (an uncommon trait within the Psittaciformes order), where the male has blue flight feathers and the female is completely green. It is very common to observe them in pairs.

Also known as an Australian parakeet, they are located within the superfamily Psittacoidea (family Psittaculidae, subfamily Loriinae). This species is not only native to Australia, but also endemic to it. However, they have now been introduced in many other countries. They're about 7 inches (18 cm) long and inhabit from arid or semi-arid zones to wooded or scrub areas.

In this species there is sexual dimorphism. Females can be differentiated from the males by the wax of the beak (fleshyness that some birds have at the base of the beak). This is because while females have a brown color, males have the color blue.

The Australian parakeet is one of the most popular types of domestic parrots due to its size, character and beauty. However, it should be noted that all birds that live in captivity must enjoy certain hours of free flight. It's not advisable to have them confined in cages 24 hours a day. If you're thinking of adopting parakeets, check out our article about the best parakeet names for males and females.

Among the 393 species of parrots we can also find medium-sized parrots. Some of the most popular are:

This species belongs to the Psittacoidea superfamily (Psittacidae family and Arinae subfamily). These parrots are medium-sized and measure about 11.8 inches (30cm) in length. They are native to South America, from Bolivia to Argentina.

However, they were introduced in other continents and have become a pest. This is due to the fact that they have a very short reproductive cycle and lay several eggs. In addition, they are a very gregarious species that has community nests shared by several pairs.

This bird is endemic to the Philippine Islands and inhabits low mangrove areas. They're part of the superfamily Cacatuoidea (family Cacatuidae and subfamily Cacatuinae). They reach about 13.7 inches (35 cm) in length.

They have beautiful white plumage and some yellow or pink feathers on their head and wings. This species is in danger of extinction due to illegal hunting.

Learn about the most endangered animals in the world.

This species forms part of the superfamily Psittacoidea (family Psittaculidae, subfamily Loriinae). The lori lollarado is a species native to the Solomon Islands that occupies humid forests and high areas.

They measure between 11-11.8 inches (28 and 30 cm) in length. They have colorful plumage with red, green and yellow. What's most characteristic about their plumage is their black hood on their head. This species hasn't been too studied, but it is presumed that their biology is similar to the rest of Psittaciformes.

Lastly, we have the largest parrots. The most popular species are these:

This species belongs to the superfamily sittacoidea (Psittacidae family, subfamily Arinae). They are native to Brazil, Bolivia and Paraguay. They are large parrots that live in jungles and forests. These parrots can reach more than 40 inches (1 metre), making them the largest macaw species.

This species is not only striking for their size but also for their long feathers that are blue and yellow. These birds are classified as “vulnerable” to extinction due to the loss of habitat and illegal trade, both by humans. Furthermore, their biological cycle is very long as they reach their reproductive age at 7 years of age.

Learn more about domestic macaws on our article about macaws as pets.

This species is part of the superfamily Psittacoidea (family Psittacidae, subfamily Arinae). They reach more than 35.4 inches (90 cm) in length including their tail which has long feathers. This makes them one of the largest parrots in the world.

They inhabit tropical jungles, forests and mountains from Mexico to Brazil. It's common to see flocks of more than 30 individuals. They attract attention for their winged red plumage with blue and yellow details.

This is a macaw somewhat smaller than the others, also included within the Psittacoidea superfamily (Psittacidae family, Arinae subfamily). They reach about 27.5 inches (70cm) in length. They inhabit forests from Mexico to Argentina. However, they are classified as “vulnerable” due to the loss of their habitat thanks to human activities.

If you want to read similar articles to Different Types of Domestic and Wild Parrots, we recommend you visit our Facts about the animal kingdom category. 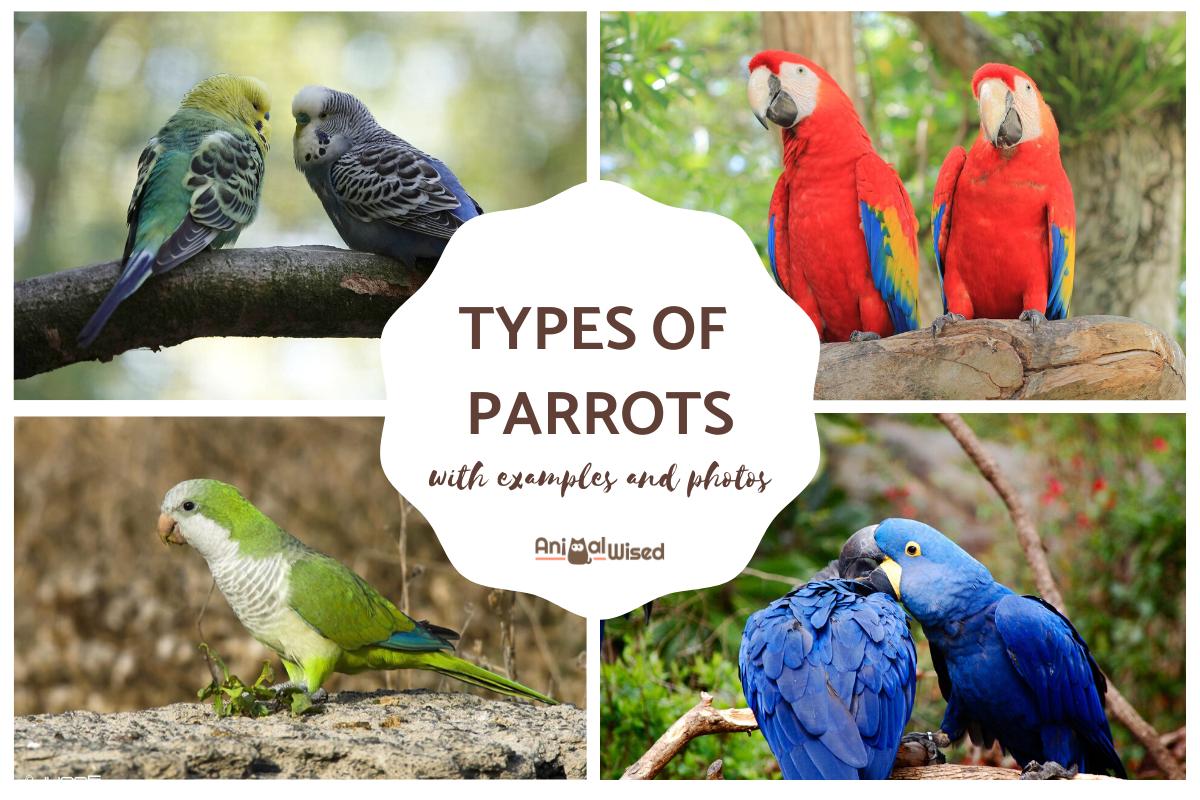 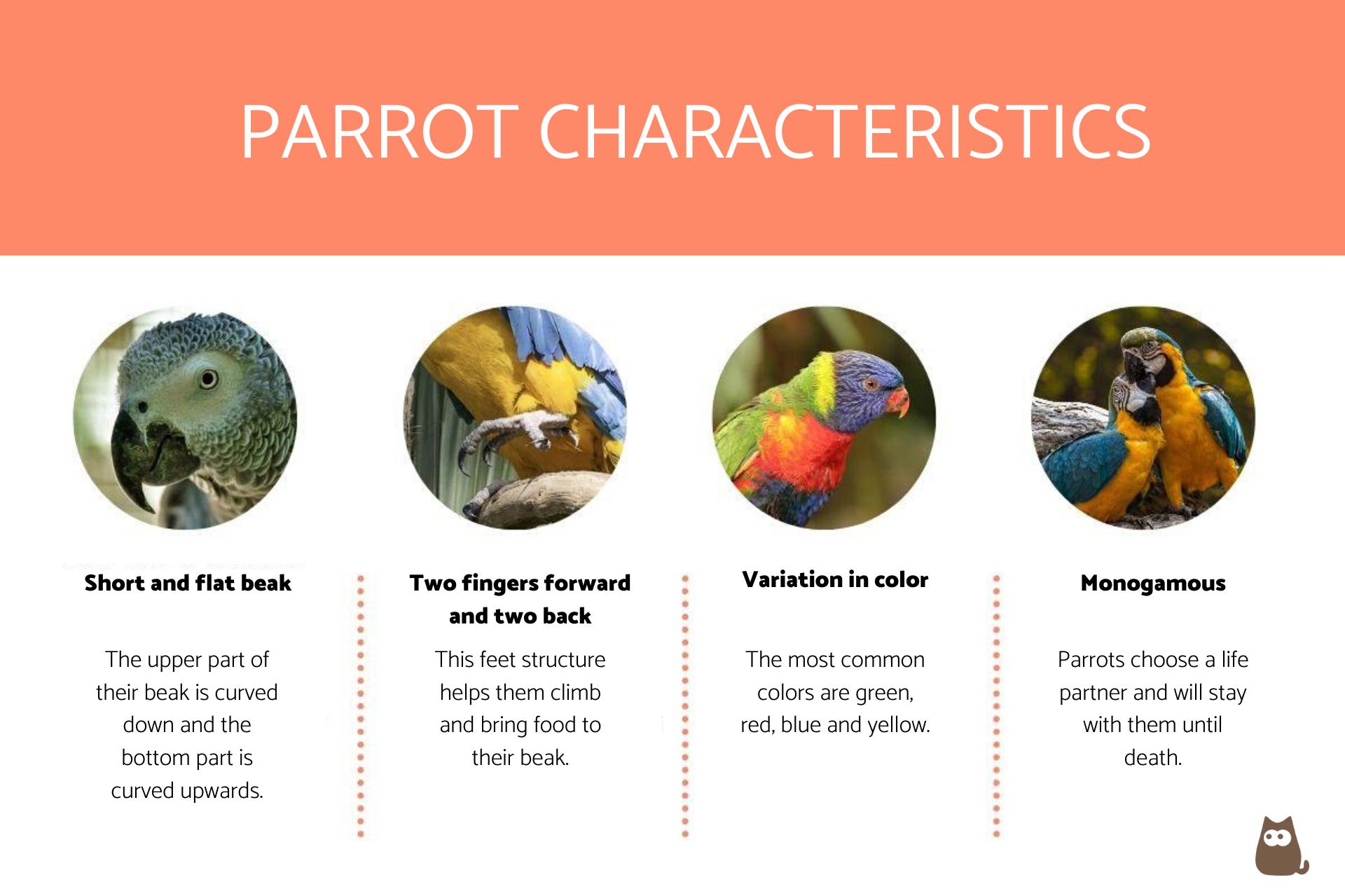 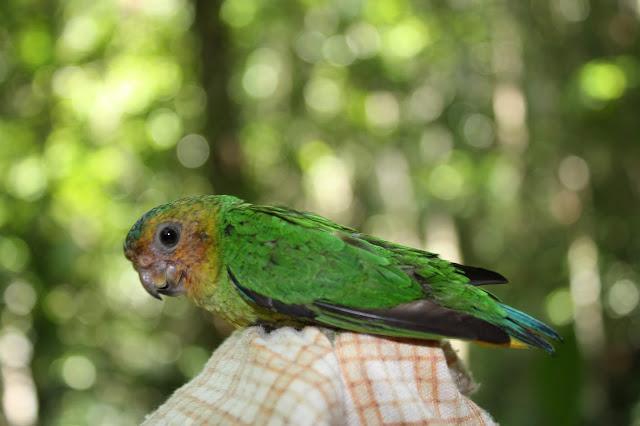 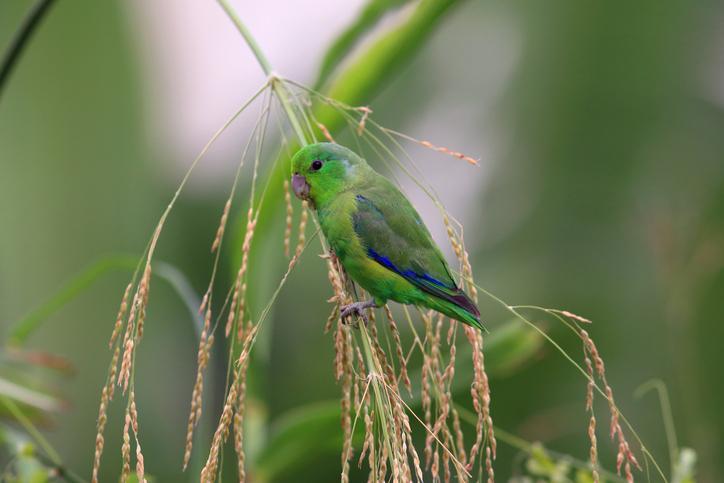 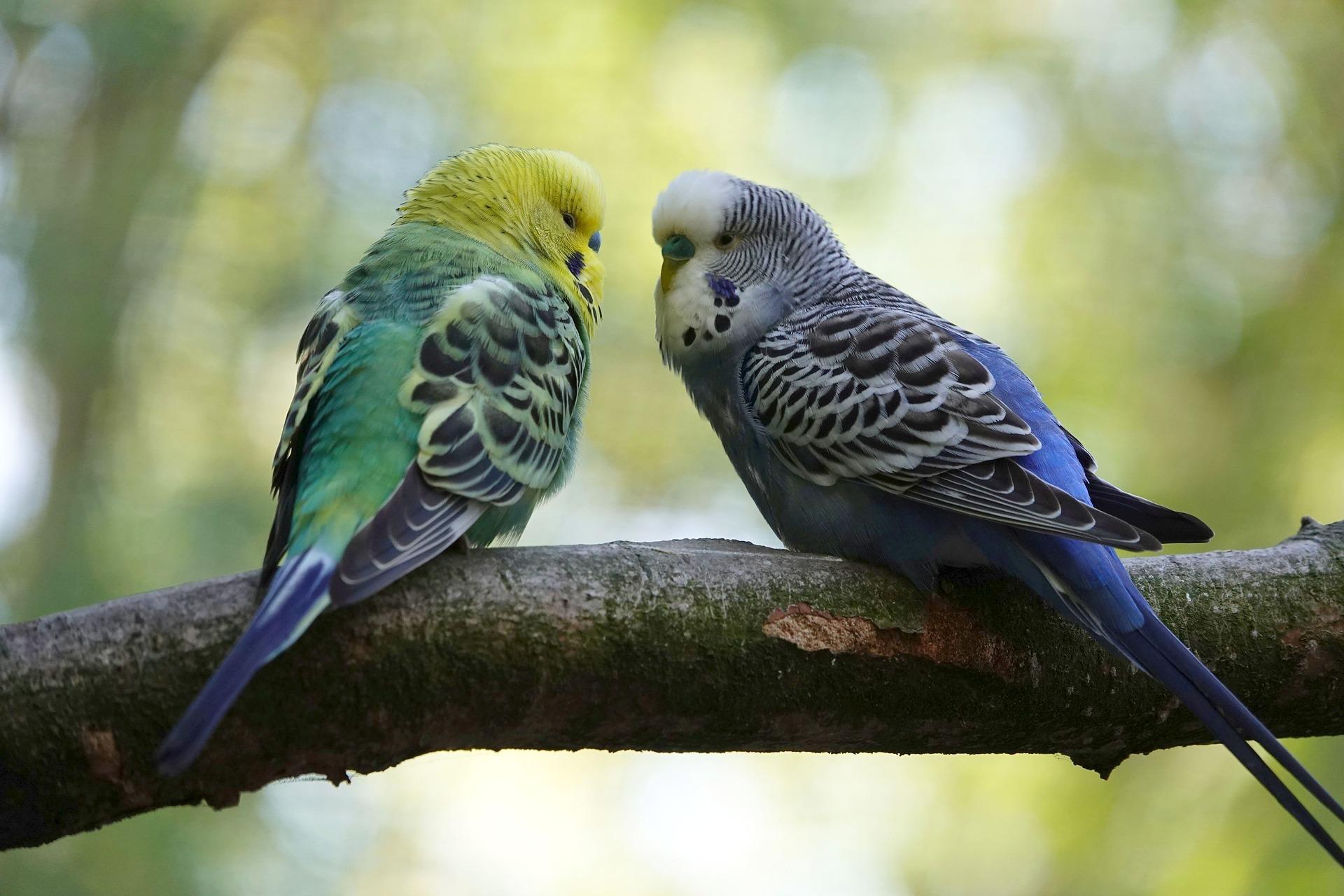 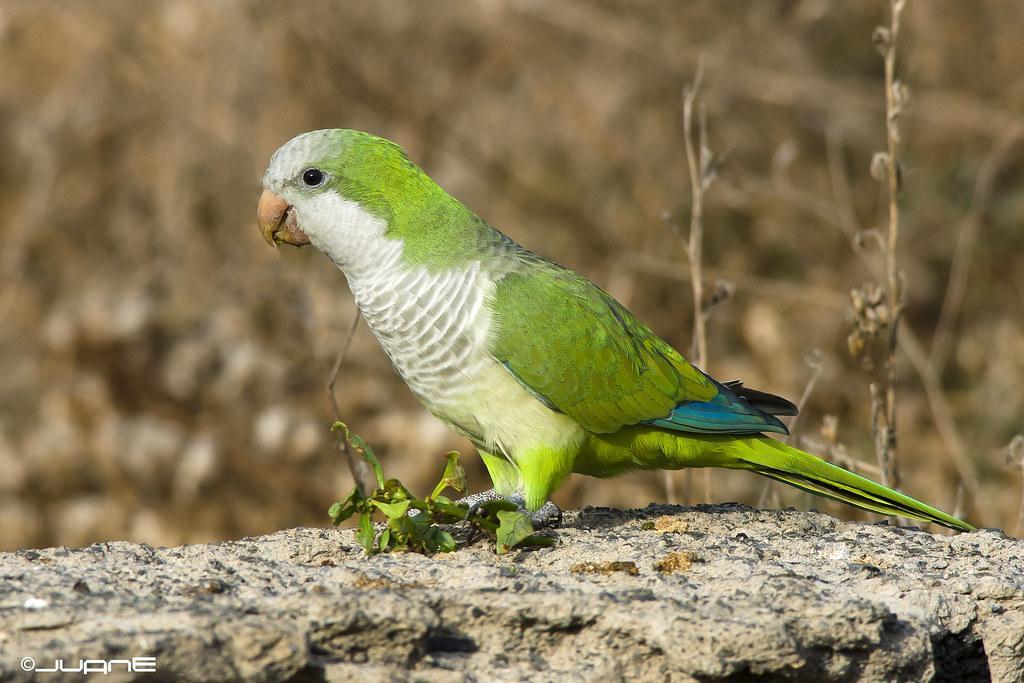 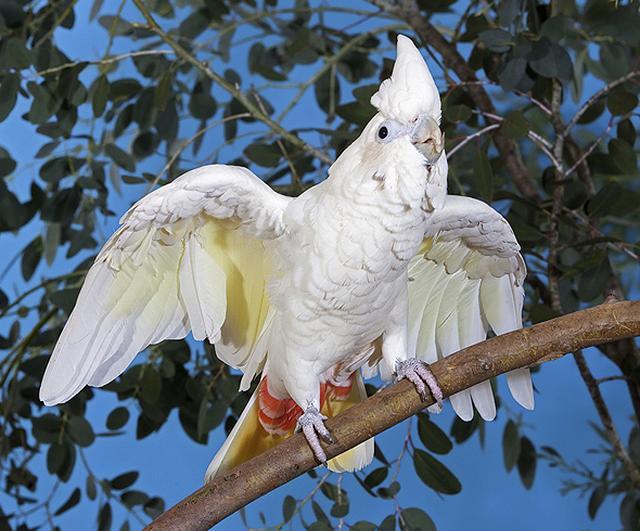 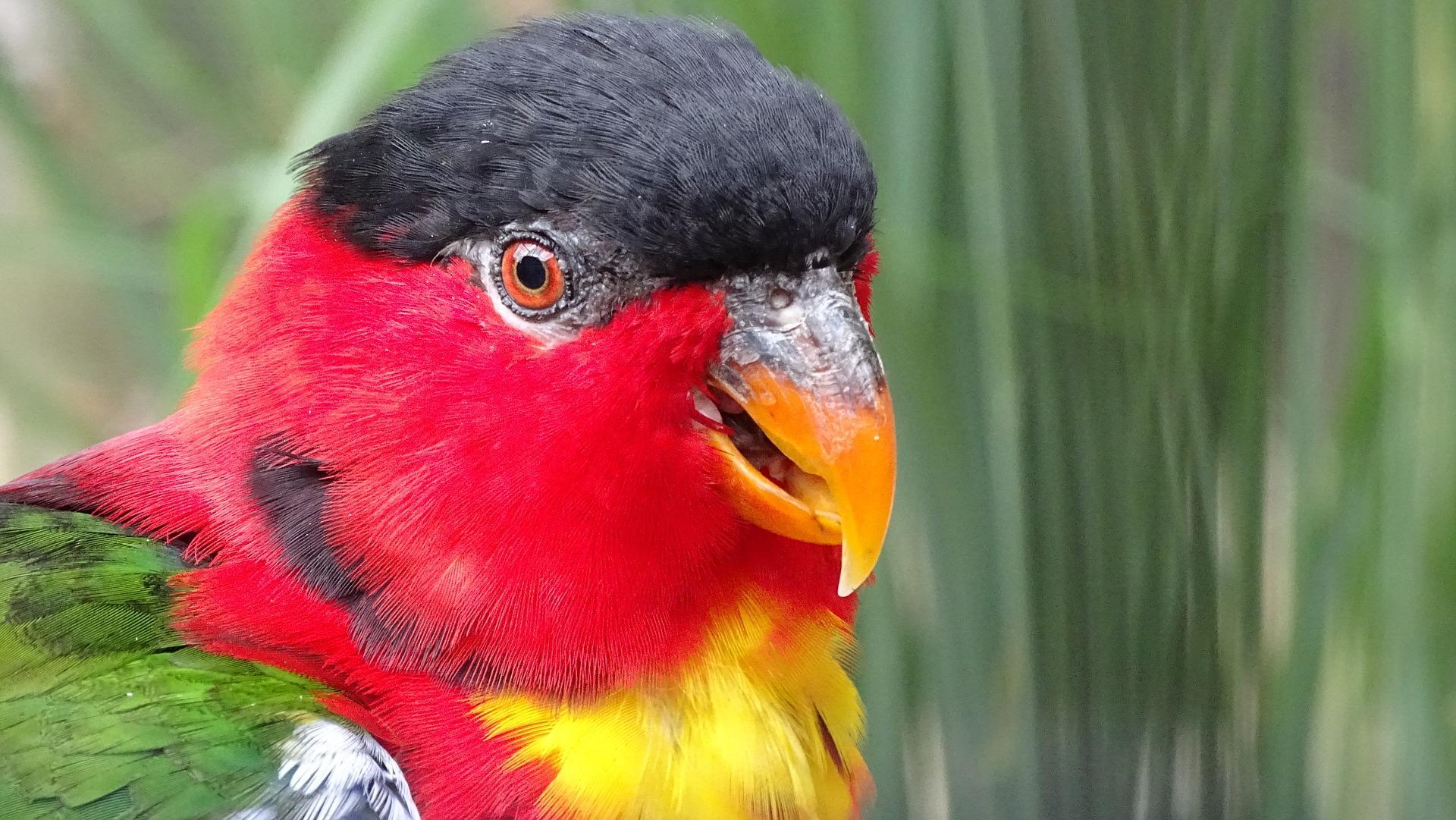 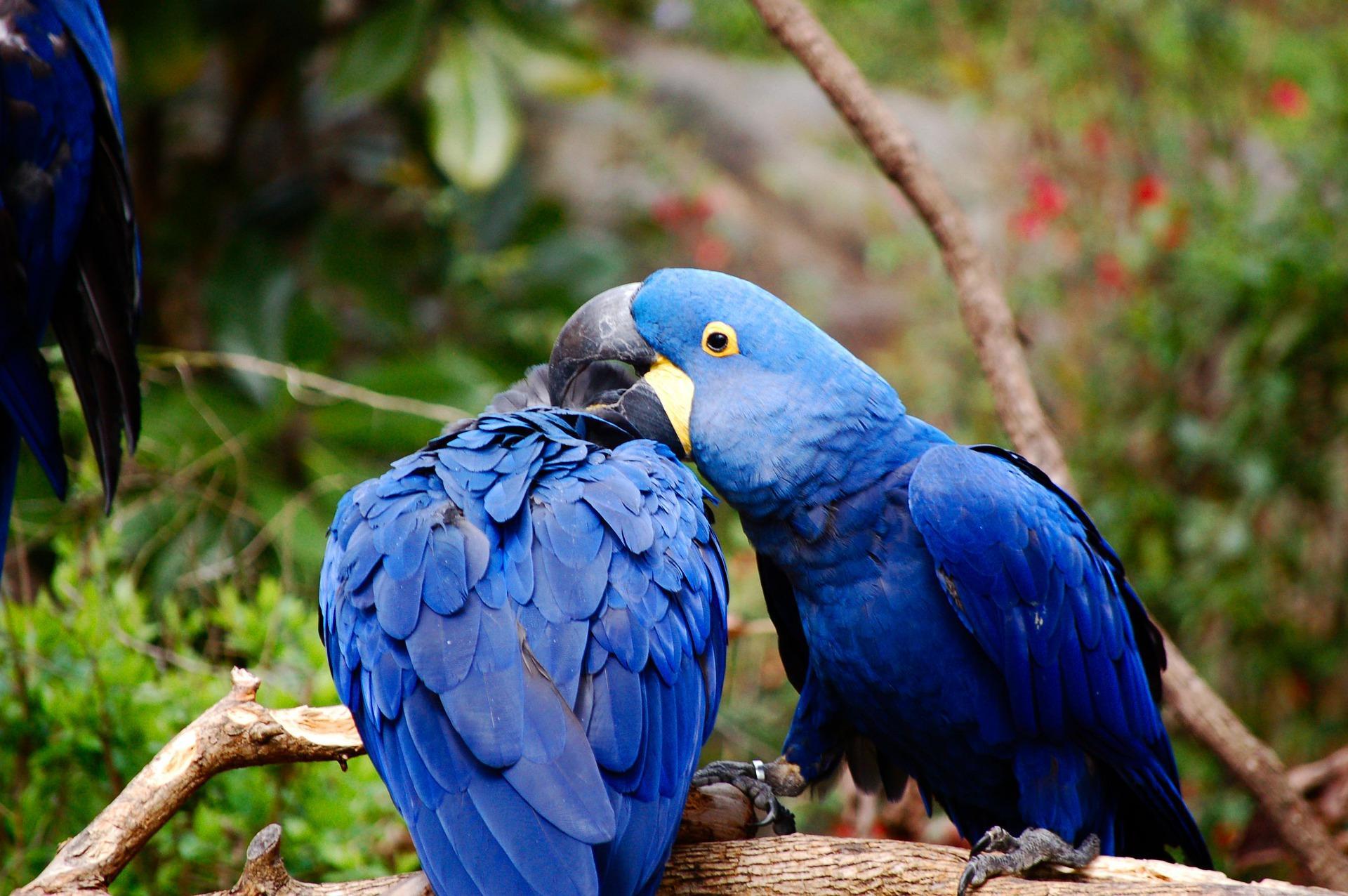 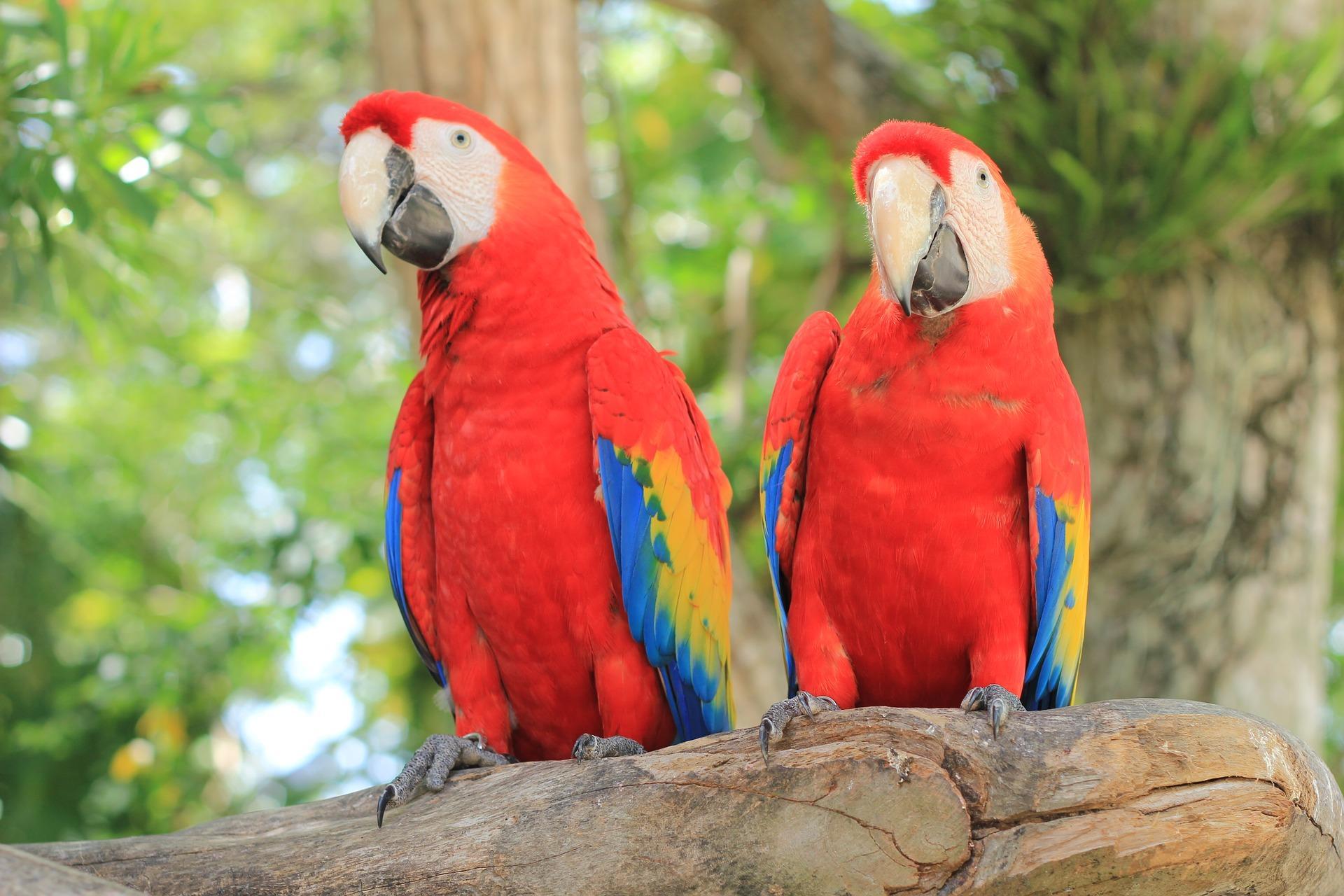 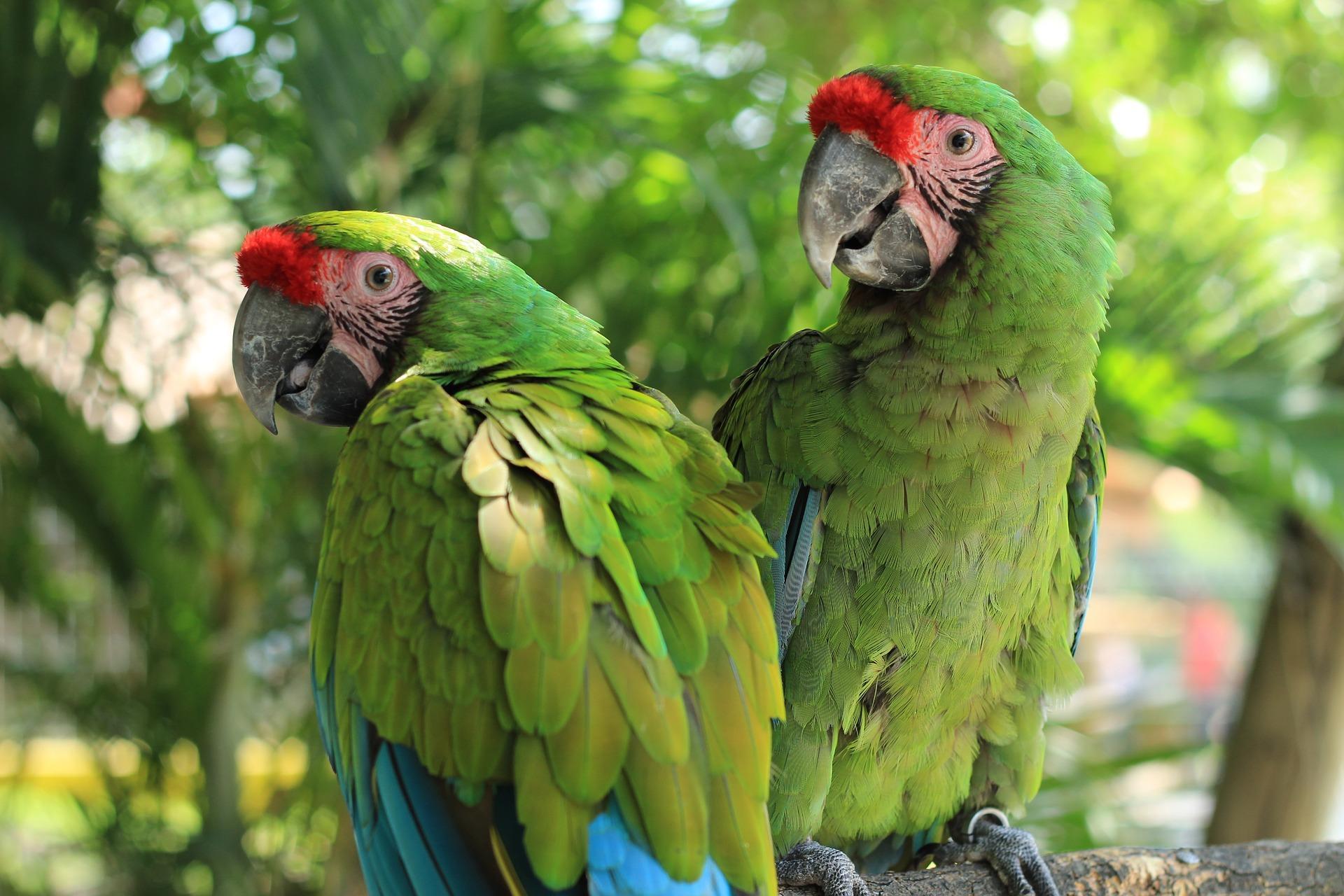