Famciclovir for Cats - Uses, Dosage and Side Effects

Famciclovir is a prodrug, meaning its a drug that becomes pharmacologically active once metabolized. After metabolism, famciclovir is transformed into the active metabolite penciclovir. The action of this metabolized prodrug works by inhibiting viral replication of viral nucleic acid. For this reason, it is a type of antiviral medication. It is most commonly used to treat feline rhinotracheitis caused by feline herpesvirus type 1. This disease that affects cats of all ages, but can be more serious in kittens. This disease is limited in cats thanks to vaccinations, but unvaccinated cats can be seriously harmed once infected.

At AnimalWised, we look into more detail at famciclovir for cats. Specifically, we look at its uses, dosage and side effects, as well as contraindications for when this drug cannot be used in felines.

You may also be interested in: Doxycycline for Cats - Dosage, Uses and Side Effects
Contents

What is famciclovir for cats?

Famciclovir is an active ingredient from the group known as guanosine analog antivirals. These have nitrogenous bases that contain analogues of the nucleic acid of viruses. It is this nucleic acid which allows the virus to replicate and continue causing symptoms in the cat. Famciclovir doesn't kill the virus, but it can slow down its reproduction and allow the body's immune system to fight against it.

In humans, famciclovir is used against herpes-type viruses. For cats, it has been shown to inhibit the replication of feline herpesvirus type 1. This is the virus responsible for feline rhinotracheitis, making famciclovir the indicated treatment for this disease. It is commonly sold under the brand name Famvir®.

Famciclovir is not a drug per se, but is a prodrug. Once absorbed, it is metabolized to BRL42359 and subsequently oxidized to penciclovir. It is penciclovir which i the active metabolite that will actually carry out the antiviral action on feline herpesvirus type 1 in infected cats.

Uses of famciclovir in cats

Famciclovir is used as an antiviral to control the symptoms and progression of feline herpesvirus type 1 in cases of feline rhinotracheitis. In addition to stopping viral spread, it can help in the symptomatic treatment of conjunctivitis, fever, secretions and sneezing that characterize this viral respiratory process in small cats. Learn more about symptoms of feline rhinotracheitis with our article on why cats have puffy eyes.

The most common form of famciclovir is in tablet form, sold under the brand name Famvir®. Famvir® is not sold as a veterinary medication. There is still some debate over its effectiveness and absorption in animals, but it is considered safe for cats. It is marketed and approved by the FDA for the human species, but many veterinarians will prescribe famciclovir for use in cats.

How does feline herpesvirus type 1 work?

Feline herpesvirus type 1 is a double-stranded DNA virus that has the ability to remain dormant in the cells of infected cats. It is able to later reactivate under immunosuppressive or stressful conditions. It is easily spread through nasal, pharyngeal or eye secretions, as well as through the hands or clothes of people who carry the virus. It can be passed on by a vector from one infected cat to another, such as by petting.

Cats affected with this disease present respiratory distress, ocular problems and nasal issues. They also other non-specific symptoms of disease such as depression, anorexia or fever. In kittens, this infection can be particularly serious. It can result in sudden death due to pneumonia and uncontrollable viremia. For more information on other causes of these symptoms, take a look at why a cat has gurgling sounds in their throat.

In addition to famciclovir, other drugs with antiviral effect such as trifluridine, idoxuridine, vidarabine, cidofovir, acyclovir, ganciclovir, lysine and interferons have also been used for the treatment of this disease. The latter also act as immunomodulators.

Dosage of famciclovir in cats

Several studies have been carried out in recent years that evaluate different doses of famciclovir in cats for the treatment of this virus. These studies suggest that doses of 30, 40 or 90 mg/kg two or three times a day reduced symptoms and viral load. The effect is faster and more effective at doses of 90 mg/kg/12h or 40 mg/kg/8h. The former is usually recommended as the treatment has to be applied twice a day and not three.

In kittens or cats with kidney disease, the indicated dose is 62.5 mg/cat/24h. The course of treatment is usually around 3 weeks, although it can be extended if necessary. In any case, it is essential the veterinarian prescribes famciclovir for administering to the cat. Do not give it to the cat without veterinary prescription.

Side effects of famciclovir in cats and contraindications

Famciclovir should not be used in very sick cats or in pregnant and lactating cats. Of course, neither should it be given to cats allergic to any of the drug's excipients.

Side effects of famciclovir in cats

If these adverse effects do not subside, it is essential to consult the veterinarian in charge of the case to discuss what has happened.

If you want to read similar articles to Famciclovir for Cats - Uses, Dosage and Side Effects, we recommend you visit our Medicine category.

1 comment
Rating:
S Hall
20/11/2022
Thank you so much for making this information available for my cat! The understanding of what the drug does and how much should be prescribed was extremely helpful.

Administrador AnimalWised
28/11/2022
Thanks for your comment, that's why we're here!
Famciclovir for Cats - Uses, Dosage and Side Effects 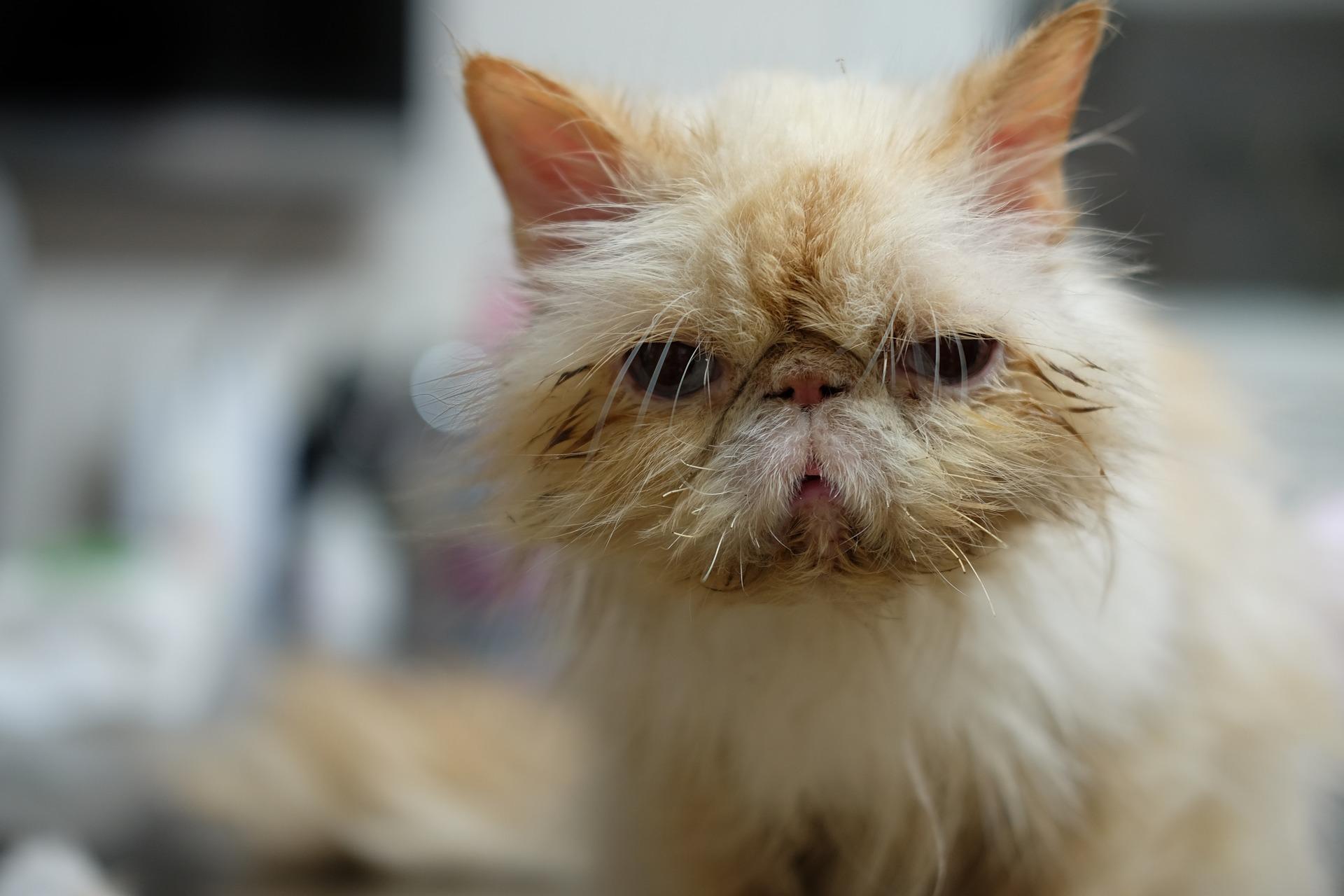 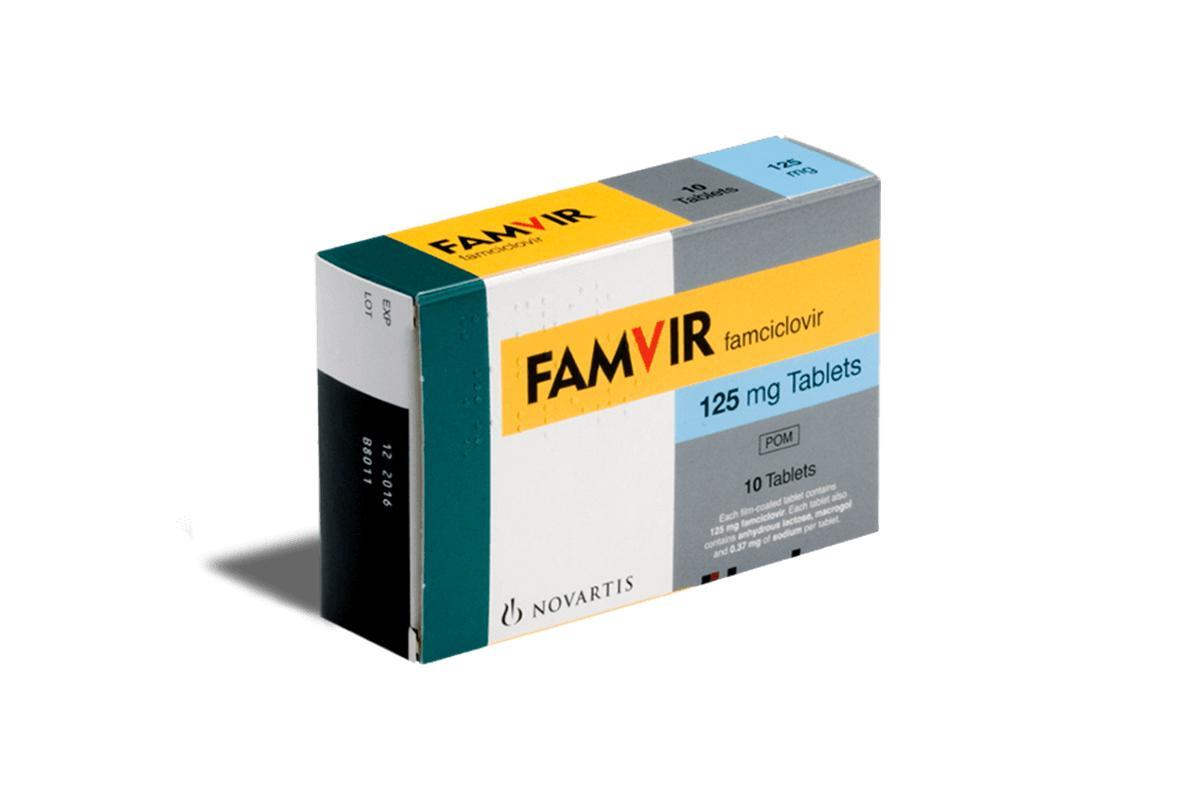 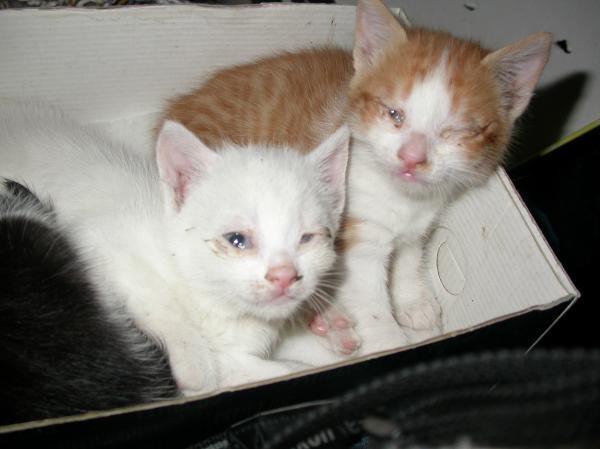 1 of 3
Famciclovir for Cats - Uses, Dosage and Side Effects
Back to top