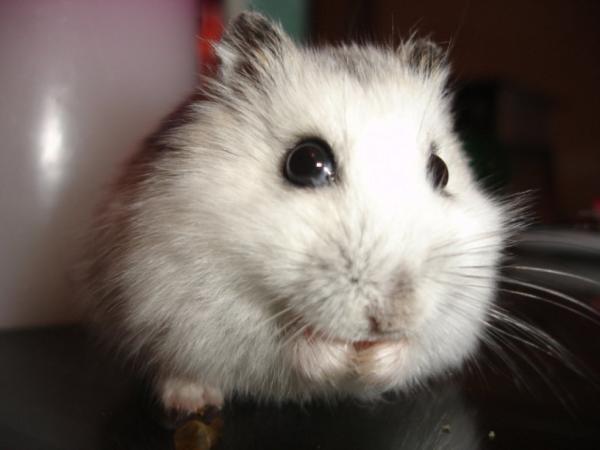 Due to their origins, this hamster is able to withstand very cold temperatures. In this AnimalWised breed file, we go into detail about the origins, care, characteristics, diet and more of the Russian dwarf hamster.

Characteristics of the Russian dwarf hamster

The Russian dwarf hamster is small in size, measuring between 7 and 11 cm (2.7 - 4.3") in length and can weigh between 35 and 50 g. Their tail is short and the body is plump, which is adorable to many people. In nature, we can generally find them with fur of brown, gray and white tones. They have a black line on their back, as well as a distinctive black spot also on their shoulder. The belly is almost always white.

The colors of the domestic Russian hamster are more varied. The reason for this is selective breeding. Breeders have chosen certain specimens to continue the line, resulting in sepia tones with a golden backline, cinnamon, orange and pearl.

Both male and female Russian dwarf hamsters look similar, but we can tell the difference by looking at their rear. We do this by looking at the distance between their anuses and their sex organs. The female's vulva is closer to her anus than the male's penis is to his. It is also possible by looking for the testicles in males, although this is more difficult the younger they are.

Behavior of the Russian hamster

The Russian dwarf hamster is an exceptionally docile and sociable rodent, perhaps one of the reasons why many parents choose it as a pet for their children. Although it is a friendly and sympathetic hamster, it is not recommended that they live in pairs of the same sex, since they are territorial among those of the same species.

They are most active at night, so it is common to hear them running around on their classic wheel while exercising. During the day, on the other hand, they tend to sleep more, although they can also stay awake. Since the Russian dwarf is a nocturnal animal, need to be sure not to disturb them too much during the day.

One characteristic of the Russian dwarf hamster to keep in mind is that it hibernates in the wild. It is not something they tend to do as much in captivity, but the Russian dwarf can hibernate in certain circumstances. Although unlikely, if this does happen with your hamster, it is possible they will not emerge for a week or so. If we can find them, it may even appear as if they have deceased. In reality, they will have slowed their metabolism and breathing down so much, they appear dead. Again, this is a relatively rare occurrence with pet hamsters.

The Russian dwarf is an omnivorous rodent in their natural environment, feeding on various foods such as seeds and insects. In captivity it will be enough to offer seeds such as sunflower seeds, corn, barley and others. We can also include fruit in their diet once or twice a week. Fruit suitable for hamsters includes apple and strawberries, but do not offer them any citrus. They can also east come vegetables such as broccoli or green peppers. Look at our article on what do hamsters eat to learn more.

Continuing with the feeding of the Russian hamster, on the market you will find specific seed preparations. All you need to do is add the extra fruit, vegetables and some insects if available. If not, you can choose to give it cheese, cooked egg yolk, or turkey, but only rarely.

Fresh and clean water should be available at all times. They can knock over bowls and the water can become contaminated. It is best to use a water bottle with a spout to drink from.

Habitat of the Russian dwarf hamster

In the wild, the Russian dwarf hamster lives in underground burrows. In captivity, however, the use of a hamster cage is sufficient. You could choose a large terrarium, but the minimum cage size for a pair of Russian dwarf hamsters is 50 cm x 80 cm x 35 cm. You will need to ensure the bars of the cage are not too wide, otherwise the hamster can escape due to their small size.

As with rabbits, the hamster's teeth do not stop growing throughout their lives. For this reason, we need to keep something to gnaw on them in the cage. This could be a special hamster toy, but certain types of wood might be suitable for them to keep their teeth in shape. A wheel in the cage is also helpful to give them something to exercise on, but ideally you should have some hamster tunnels. These mimic the burrows of their wild habitat.

Cleaning their cage regularly is vital. Doing so helps to prevent the spread of disease as bacteria can proliferate readily in unclean environments. You will also need to remove leftover fruit and vegetables which remain in the cage. These help promote insects and parasites. To offer the best care of the Russian dwarf hamster, you will need to let them out of their cage for a few hours each day. It is best to set up a safe space in the home where they can exercise, but you can also keep them safe. This is especially important if you have other pets.

Do not use improper substrate such as cedar wood chippings or newspaper. These can cause hazards, especially wood chippings as the dust can get into their lungs and cause them to cough.

The Russian hamster can suffer diarrhea if they ingests sweet foods or too much vegetables. They should only be given treats 2 or 3 times a week maximum. If the Russian dwarf does not have enough nutrients, they can develop alopecia (hair loss), autoimmune diseases and more. If the animal does start to suffer from these problems, your local pet store should have special vitamins you can add to their water.

It is very important their cage is free from dust as it can lead to respiratory problems, one of the most common types of hamster diseases. It can also cause conjunctivitis where the hamster has discharge coming from their eye. In principle, this should resolve itself after a couple of days, but take them to the veterinarian if not. They will likely prescribe antibiotics to clear up the problem.

Another common disease in the Russian hamster is neurological paralysis. We can identify this problem by seeing if they have movement in their hind quarters. This is usually the result of a fall. If it does not resolve itself on its own, it is difficult to treat.

You can prevent general disease in Russian dwarf hamsters by providing them with proper nutrition and ensure you maintain proper hygiene. Check out our video to know more on caring for hamsters. 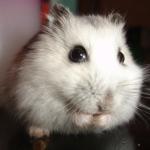 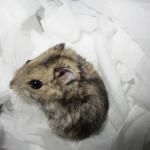 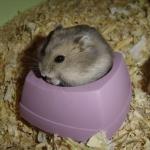 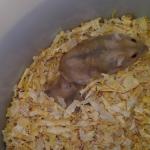 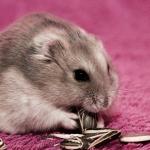 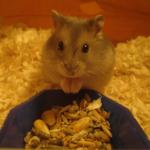 Videos related to Russian Dwarf Hamster
Chinese Hamster
Golden Hamster
Related articles
Can Hamsters Live Together in the Same Cage?
Most Common Hamster Diseases
Do Hamsters Hibernate?
Can Hamsters Eat Cheese?
My Hamster Isn't Using Their Wheel
Is My Hamster Dying? - Causes and Symptoms
Hamster Not Eating Or Drinking - Causes
How to Get Rid of Hamster Mites - Symptoms, Treatment and Home Remedies

Upload a picture of your Russian Dwarf Hamster 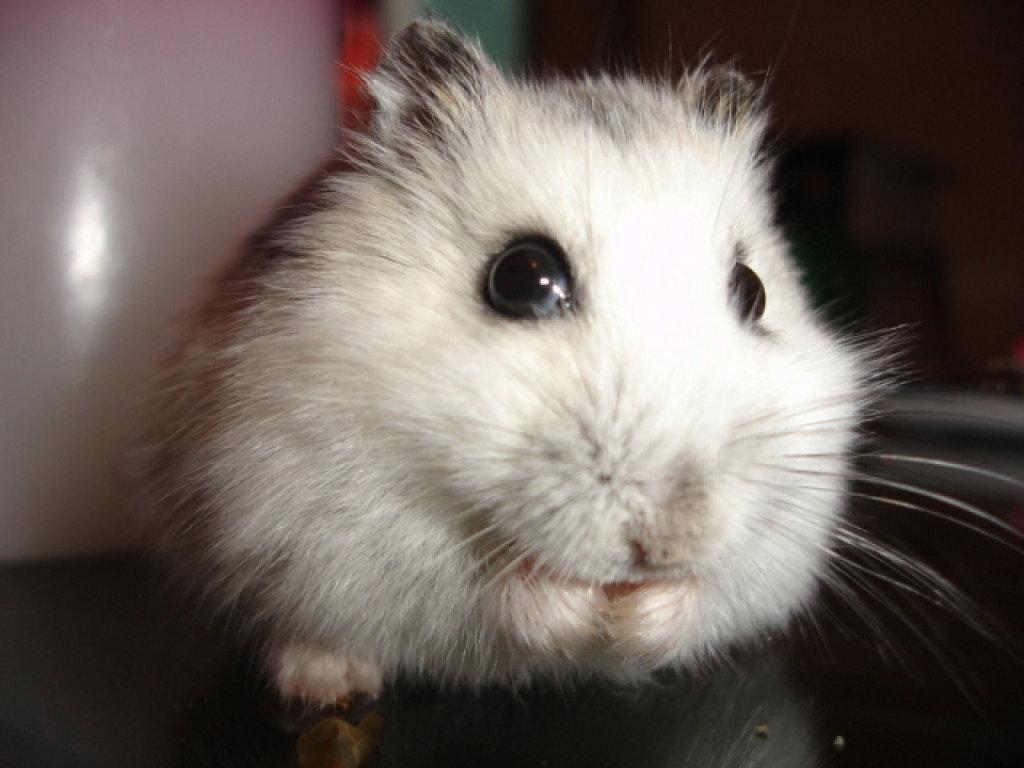 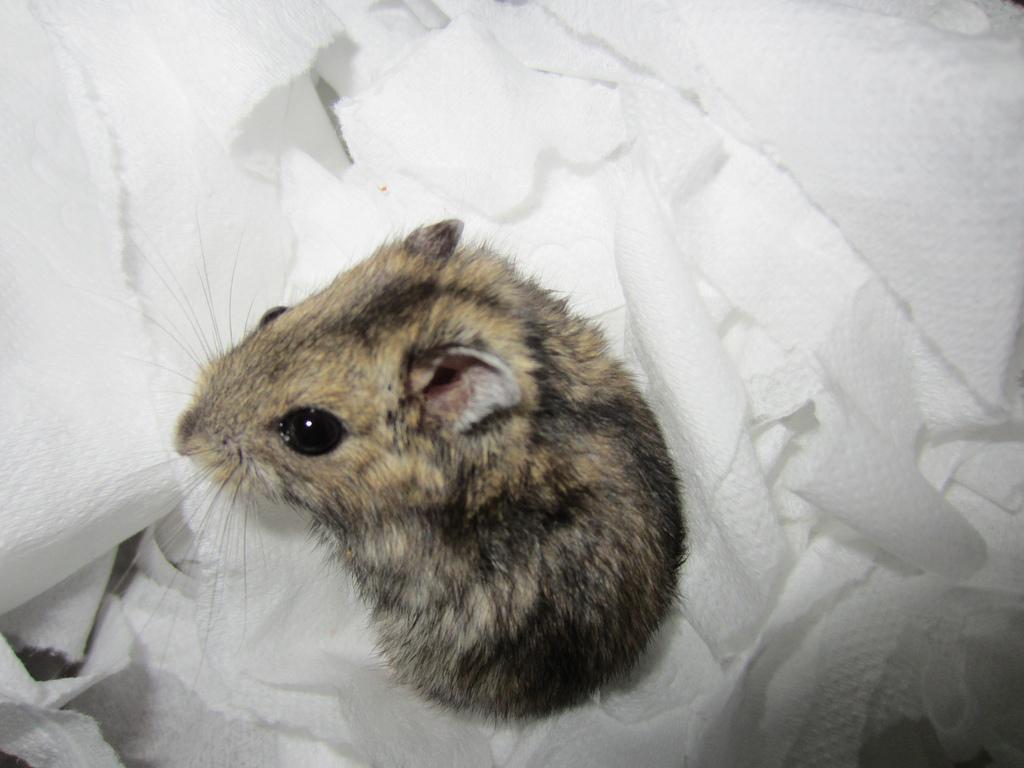 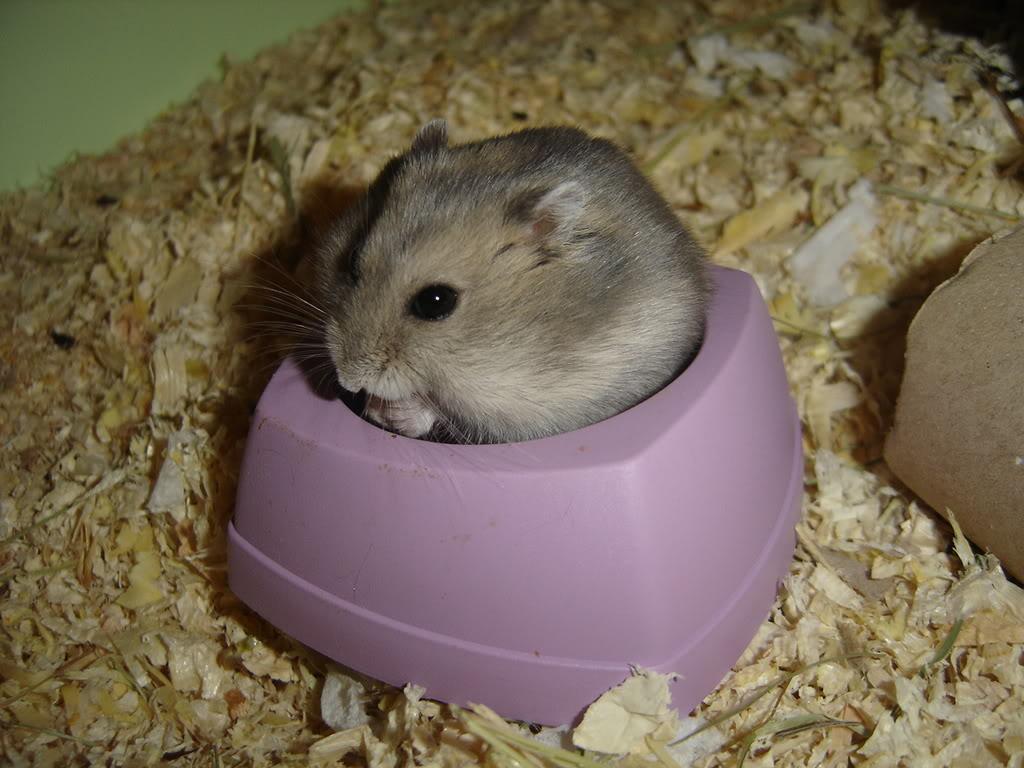 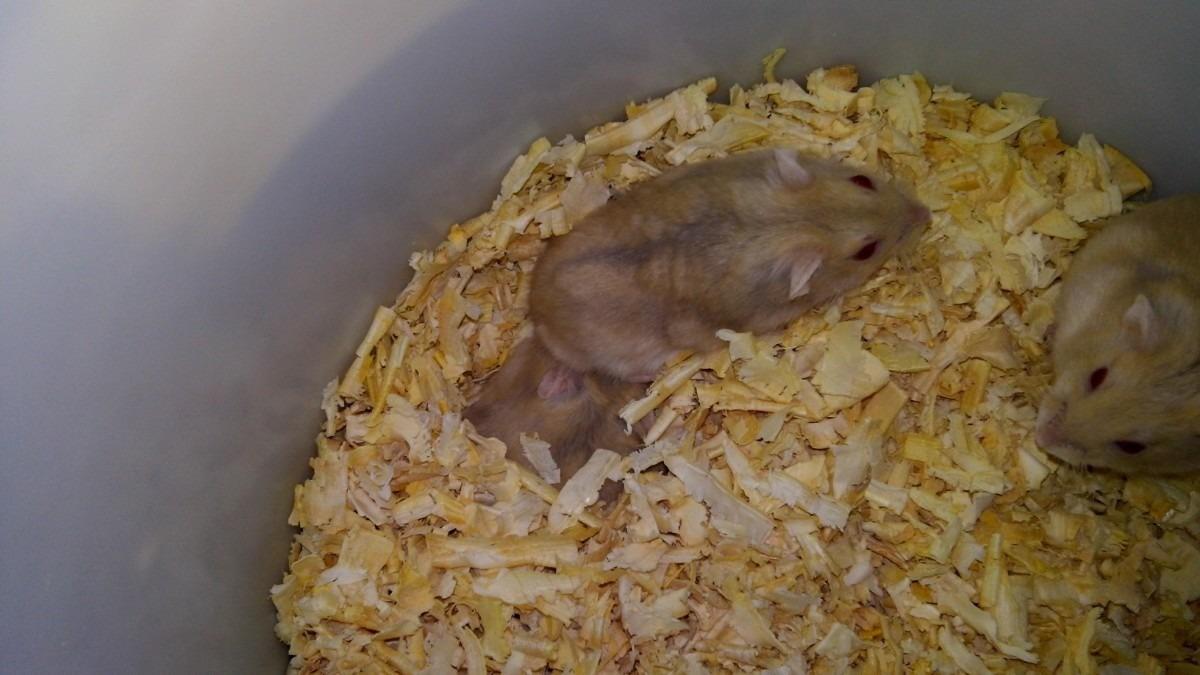 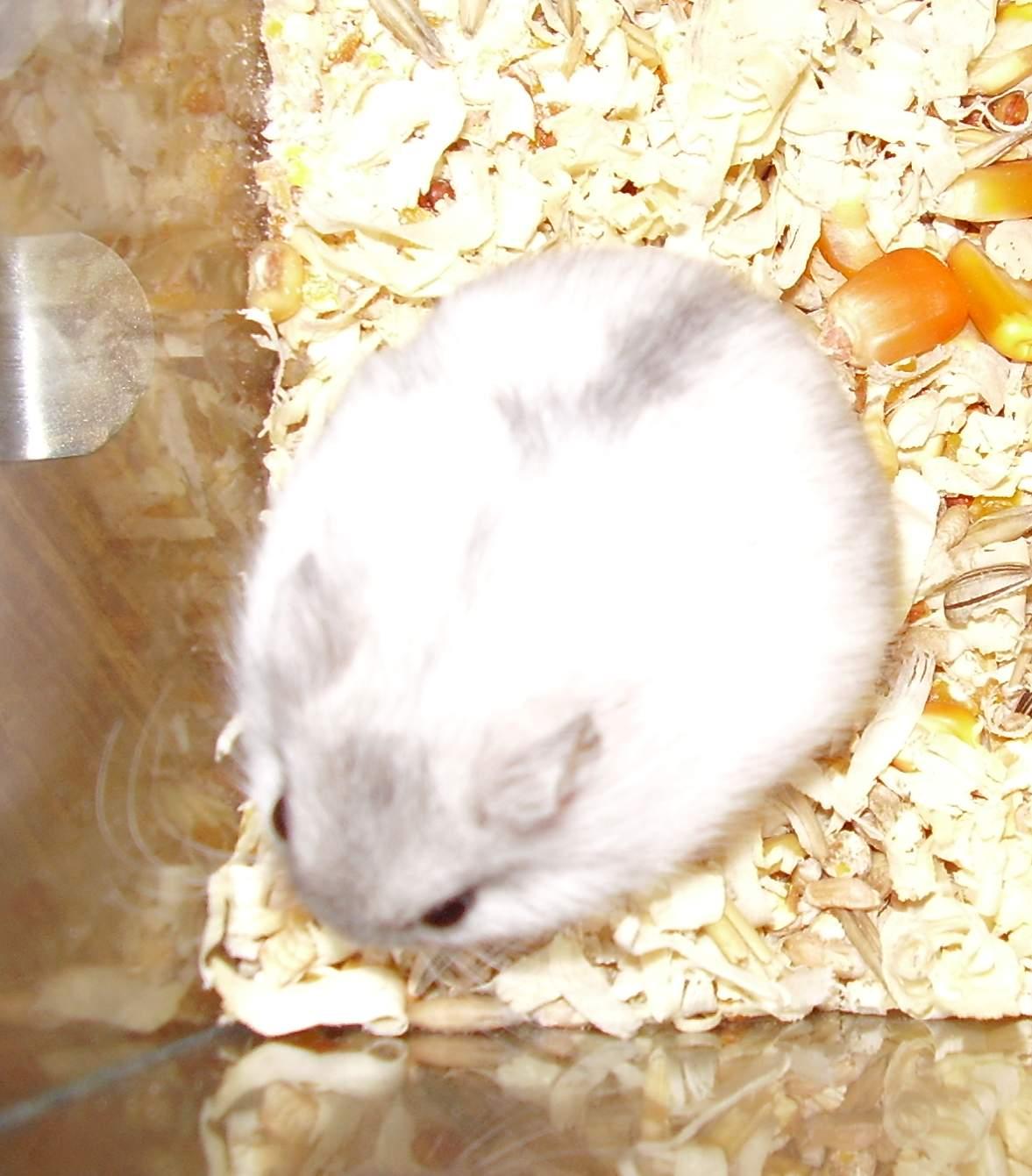 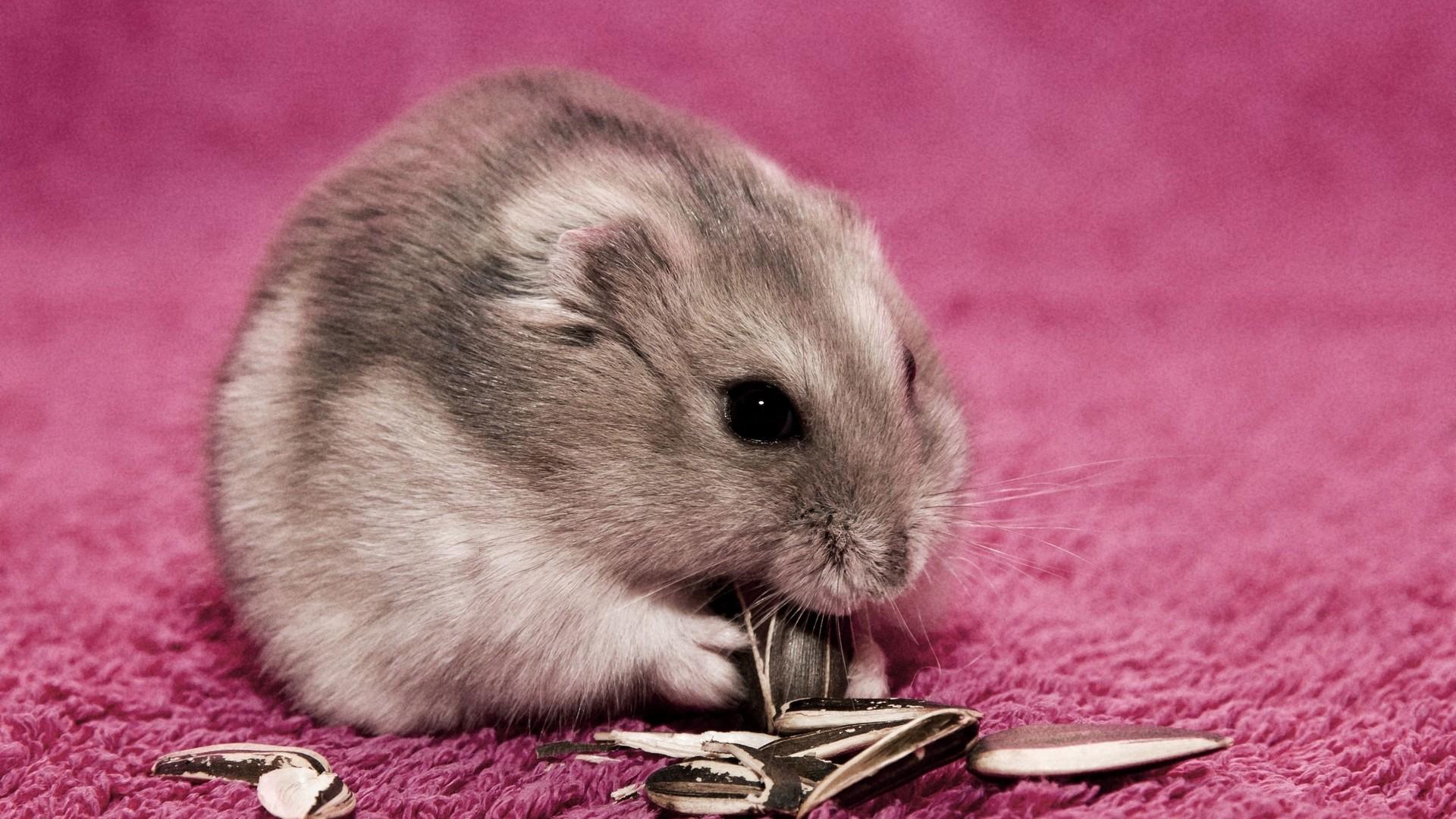 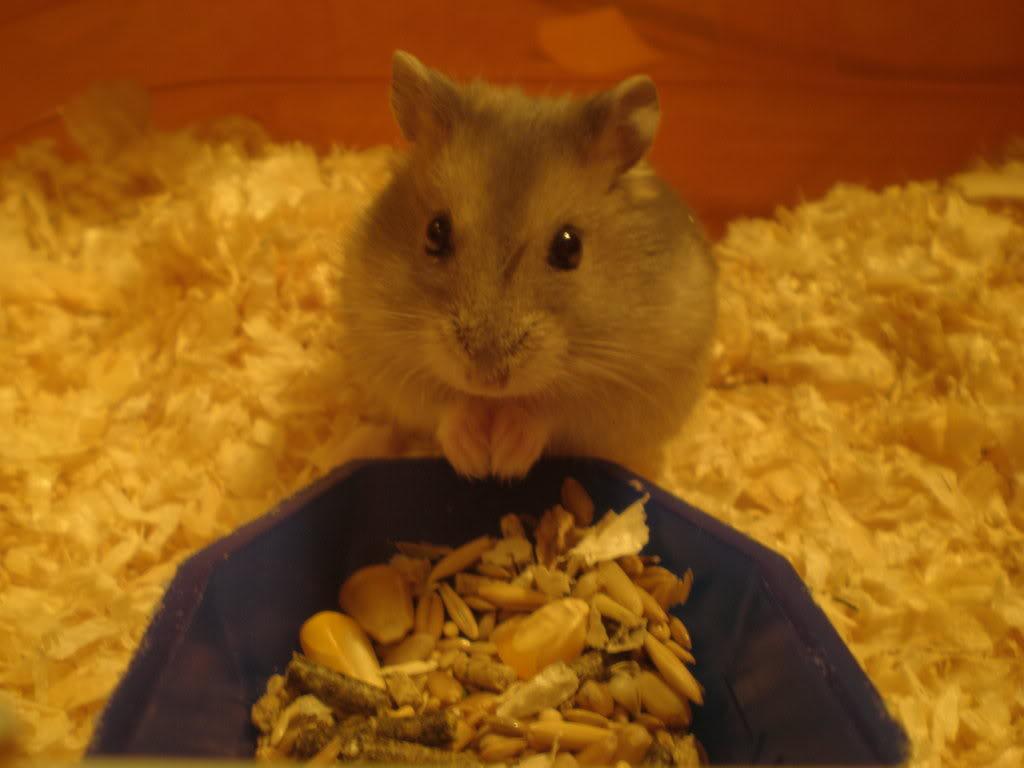 1 of 7
Russian Dwarf Hamster
Back to top