Which Animals Are Nocturnal?

There are millions of different species and types of animals in the world, which altogether constitute a variety of fauna. This great collection makes our planet Earth a unique place among the immensity of the universe. Some animals or organisms are so small that the human eye is not even able to appreciate them, while others are so large and heavy that their size is somewhat incomprehensible. Each species has its own characteristics and habits, which all prove to be fascinating for those who stop for a little to study them.

Among the various classifications that can be made about animals, there is the division between diurnal and nocturnal. Interestingly enough, not all species need sunlight to fulfill their life cycle. Here at AnimalWised we want to elaborate more on these animals by answering the question of which animals are nocturnal. Keep reading for more information, examples and images.

You may also be interested in: Which Animals Are Mammals?
Contents

Nocturnal animals are species that perform their activity during the night, rather than during day. These types of animals usually sleep during the day, hidden in places that protect them from possible predators while they rest.

What are the characteristics of nocturnal animals?

Each species has its own peculiarities, but there are some characteristics that nocturnal animals must meet to survive in the midst of darkness:

Vision is one of the senses that needs to be developed differently in nocturnal animals. This vision differentiates itself as at night it is required to be useful in low light environments. The pupil of all living beings functions in order to allow for the passage of light rays, therefore, when this is scarce it requires more "power" to absorb any incandescence that shines in the middle of the night.

Guanine is present in the eyes of nocturnal animals. Guanine is an organized substance in the form of rods that acts as a light reflector, which is what makes an animal’s eyes glow in the dark. Guanine allows an animal’s eyes to take advantage of more rays, presenting the animal with clearer night vision.

In addition, the ears of many of these animals are designed to perceive the slightest sounds. This is so that the animal can hear their prey that try to move stealthily to escape. Many of these nocturnal animals are carnivores or at least, insectivores. If their ears fail them, their smell will not. In many animals, their sense of smell is the most developed, able to even perceive changes in wind direction. This great sense of smell also allows them to detect prey, food, predators and water from great distances.

Apart from all of the above mentioned facts, each species have their own "mechanisms" that allow them to fulfill their life cycle during low light hours.

Keep reading to find out some more examples of the most well-known nocturnal animals.

The Daubentonia madagascariensis, commonly known as aye-aye, is a strange-looking creature that appears to have be taken straight out of a horror movie. Unique in its genus, this mammal is a species of ape from Madagascar, whose large eyes are typical of creatures that lives in and prefer darkness.

In Madagascar, the aye-aye is considered an animal of bad omen that presage death, despite only being a small mammal that reaches a maximum of 50 centimeters in length. Aye-ayes also innocently feed on worms, larvae and fruits.

The aye-aye has large ears and a very long middle finger, which it uses to explore the hollow trunks of the trees which it inhabits, in which the worms that constitute its main diet are hidden. The aye-aye is currently in danger of extinction, due to the destruction of its habitat, the tropical forest.

Perhaps bats are the first animal that we immediately think of when we hear the word nocturnal. Did you know that there are no bat species which face the light of day? this is due to the incredible sensitivity of their eyes.

Bats usually sleep in: caves, mountain crevices, holes and/or any space that allows them to hide from light. Oddly enough, they are actually mammals. Bats are the only mammals in which their front legs form wings.

There are different types of bats and their diets are varied. Bat diets include: insects, fruits, small mammals, other bats species and even blood. The mechanism they use to hunt and orient themselves in the dark is called echolocation. This bio sonar consists of recognizing distances and objects through sound waves that bounce off a space when the bat emits a squeak.

Owls are another common night inhabitant. Owls usually nest in wooded areas, full of trees. It is possible to sometimes see bats in towns or cities, where they choose to sleep in abandoned places protected from light.

There are hundreds of owl species and they are all raptors that feed on mammals such as mice, small birds, reptiles, insects and fish. To hunt, owls use their: great agility, eyes and good hearing. These characteristics allow them to approach their prey without making any noise, even in total darkness.

One of the main peculiarities of these birds is that their eyes do not move from their set place, they are always fixed forward. The organism of an owl has compensated for this with its agility of being able to completely turn its head.

The ring-tailed lemur, also known as Lemur catta, is another primate species native to Madagascar. This animal is characterized by the rings circling its tail and its large bright eyes. There are several lemur species with physical variations, but all of them feed on leaves and fruits.

The lemur prefers the night, specifically in order to hide from predators. Their bright eyes allow them to guide themselves in the midst of darkness. Like other hominids, their legs are very similar to human hands: they count on a thumb for balance, they have 5 fingers and nails, all of which helps them feed.

In addition, Lemurs have been associated with legends where they are directly linked to ghosts, most likely motivated by their peculiar appearance and the sharp sounds they make. The ring-tailed lemur is currently in danger of extinction.

The Tumbes Peru boa is a snake constrictor native to the jungles of Peru and Ecuador. This reptile with its strong and muscular body, can climb trees where it hides to sleep.

This boa constrictor does not have completely nocturnal habits, as it likes to sometimes suntan, but it only hunts its prey after nightfall. This boa is able to approach its victims stealthily with quick movements. Once its prey has been caught, it rolls its victim up with its long body and then suffocates it with immense strength before eating it.

This reptile mainly feeds on animals of smaller sizes, like other reptiles (crocodiles) and any warm-blooded mammal that is found in the jungle.

This species of fox is perhaps the most widespread throughout the world. It can present other coatings in order to adapt to its environment, but red is the most characteristic tone of this species.

Red foxes usually prefer to remain in mountainous and grassy areas, but the extension of man's land has forced them to live very close to humans, accentuating their nocturnal habits even more. During the day these foxes hide in caves or burrows that are part of their territory and at night they go out to hunt. The red fox feeds mainly on the smallest animals found in its ecosystem.

The firefly is an insect that stays in its lair during the day and leaves during the night. Nighttime is the perfect time at which one can best appreciate the light emitted at the back of its body. This light is a phenomenon otherwise known as bioluminescence.

Fireflies belong to the group of coleoptera and there are more than two thousand species around the world. They are found mainly in America and Asia, where they live in: wet swamps, mangroves and jungles. The light emitted by their bodies shines during mating seasons, as a way to attract the opposite sex.

The Nebulous panther is a feline native of to Asian jungles and forests, and can be found in some African countries. The spots which cover its coat work to help this feline camouflage itself among trees.

The nebuloous panther hunts at night but never on the ground, as it usually lives in the trees. In these trees it hunts for various species, from apes and birds to rodents. This animal is incredibly agile, able to move easily between tree branches.

According to a recent study published in Science Magazine, Kaitlin M. Gaynor states that, according to evidence, more animals are becoming nocturnal to avoid humans. In this study, she goes on to state that animals are moving less than before, searching for food less and looking for more remote areas to live. [1]

If you want to read similar articles to Which Animals Are Nocturnal?, we recommend you visit our Facts about the animal kingdom category.

Are Cats Nocturnal? Separating Fact from Myth
Which Animals Live The Longest?
Which Animals Have The Most Teeth?
Which Are the Largest Whales in the World and How Big Are They?
Related categories
Endangered animals
Most read
1.
What Animal am I According to my Zodiac Sign?
2.
10 Most Beautiful Animals in the World
3.
What Does It Mean When a Cat Shows Up at My Door
4.
The 10 Most Solitary Animals in the World
5.
Top 10 Smells Dogs Hate
6.
How Many Types of Lions Are There?
7.
Why do Dogs Get Stuck when Mating?
8.
My Female Dog In Heat Won’t Accept A Male - Causes
Are There Animals That Don't Sleep?
Animals That Eat Insects - List and Fun Facts
What Are Oviparous Animals?
Are Raccoons Aggressive Animals?
What Are Scavenger Animals?
What Are Transgenic Animals?
15 Animals That Pollinate
Are Slugs Poisonous to Humans and Animals?

Which Animals Are Nocturnal? 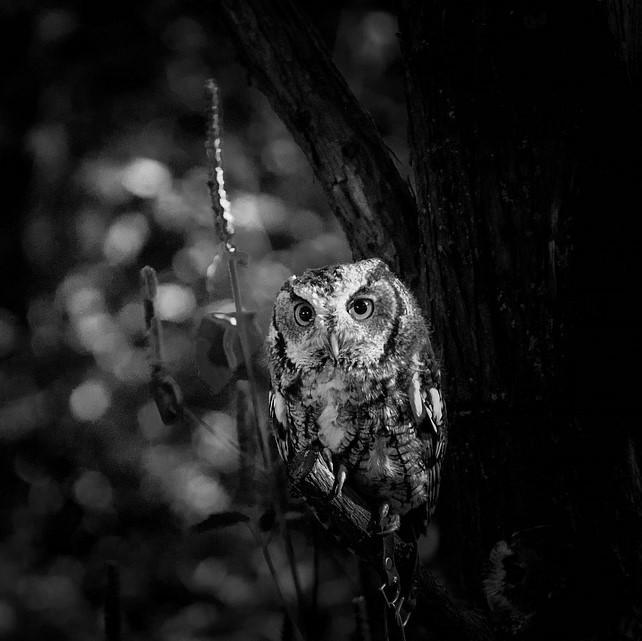 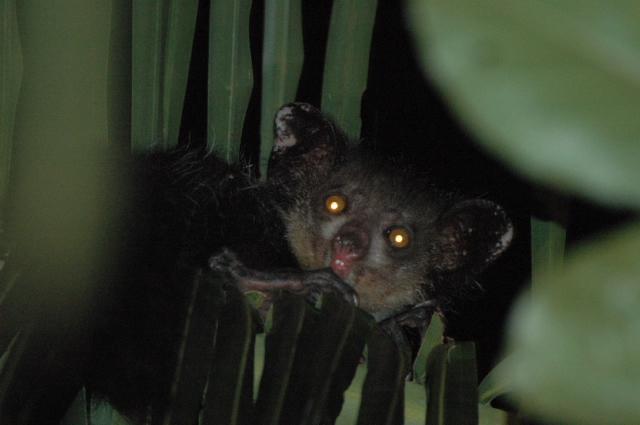 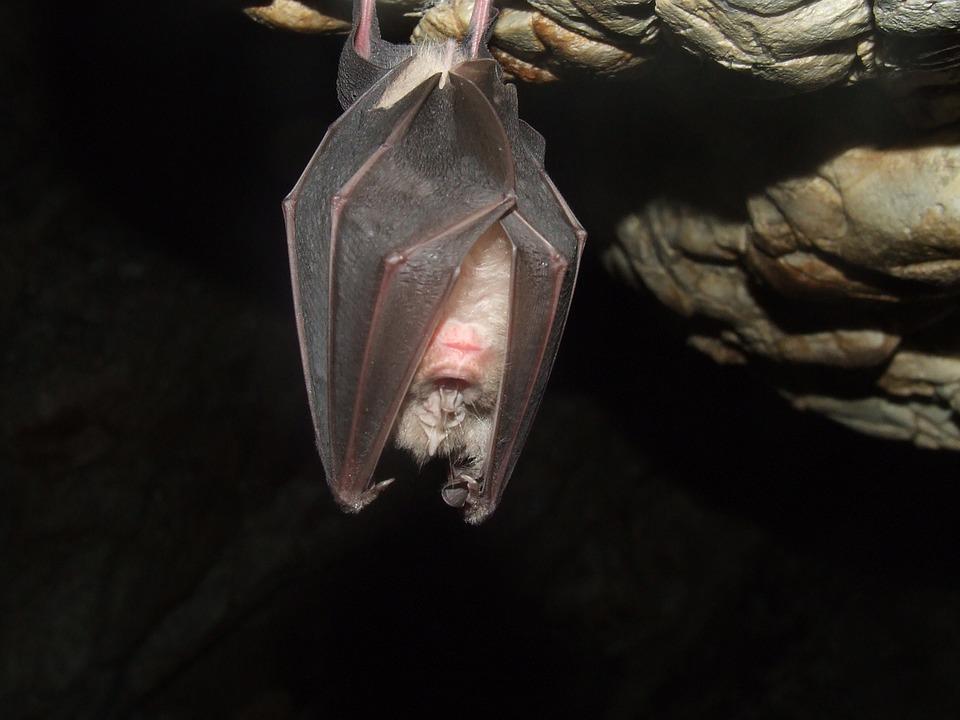 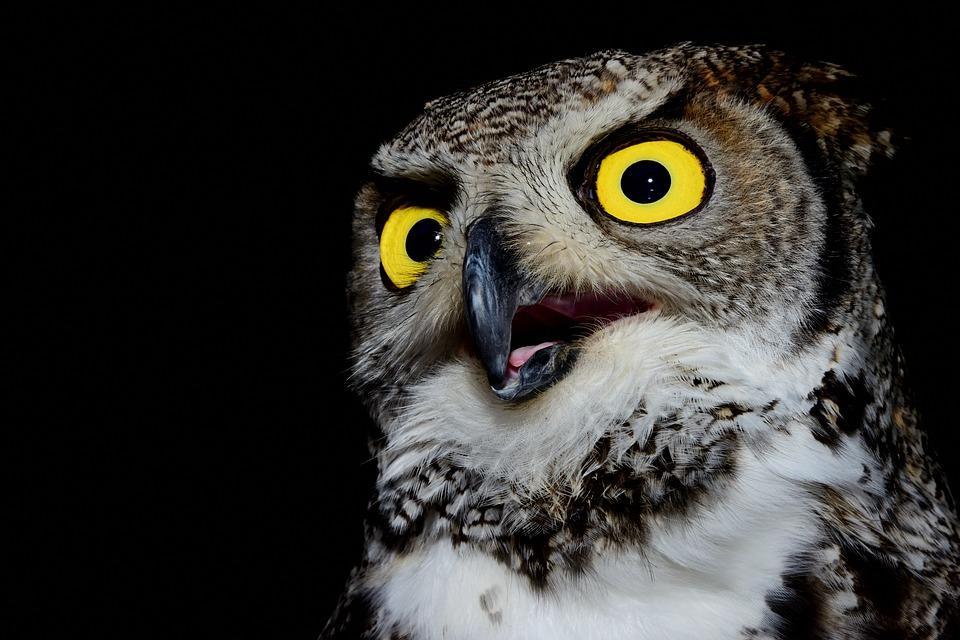 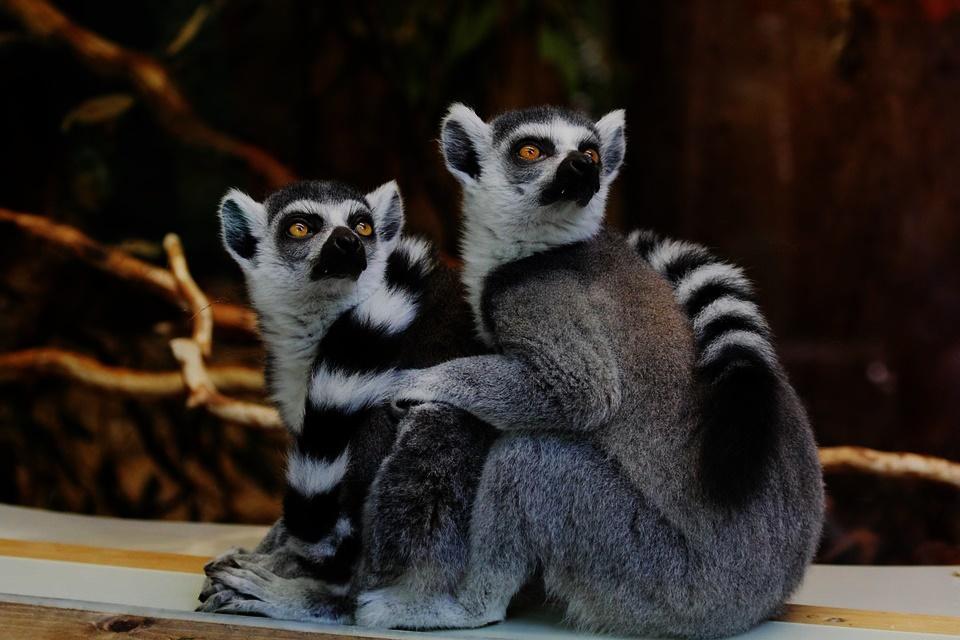 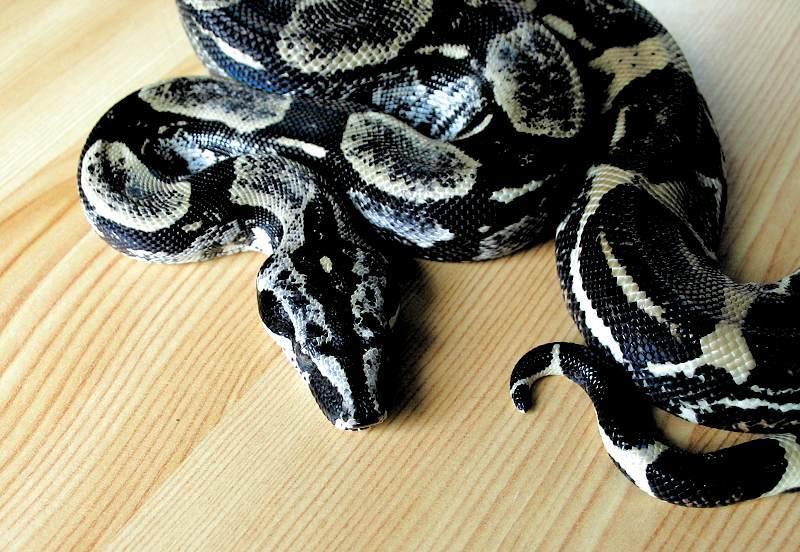 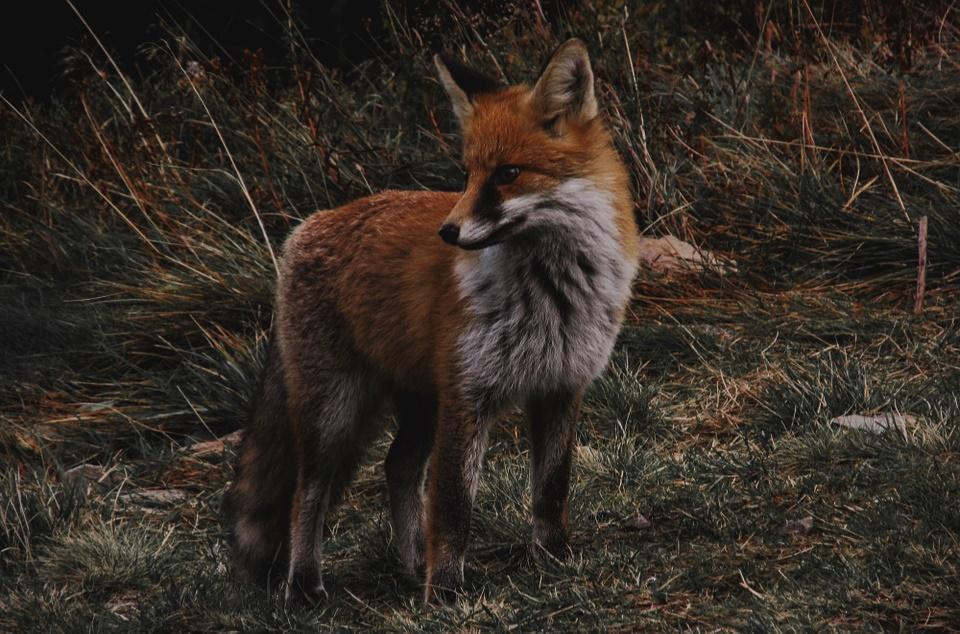 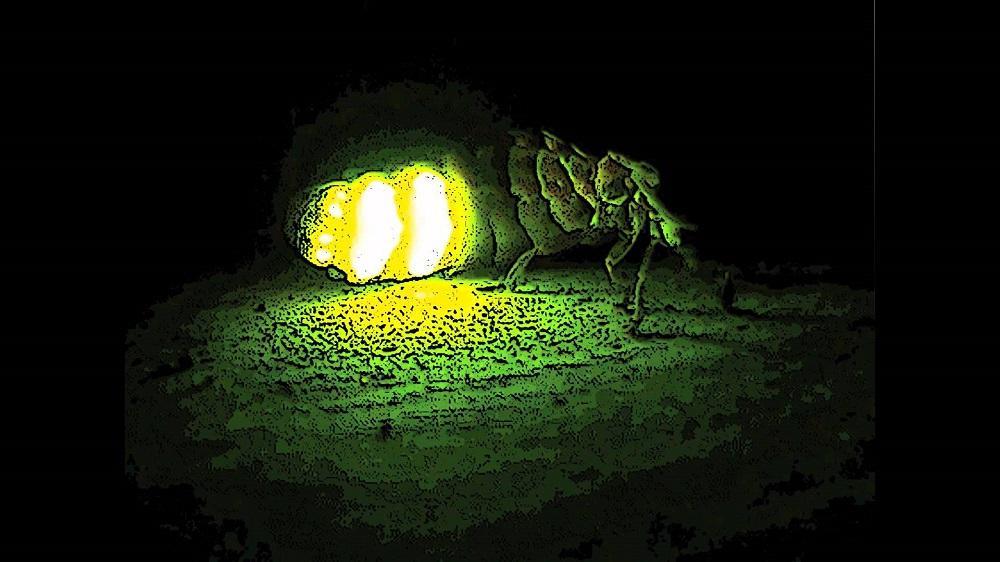 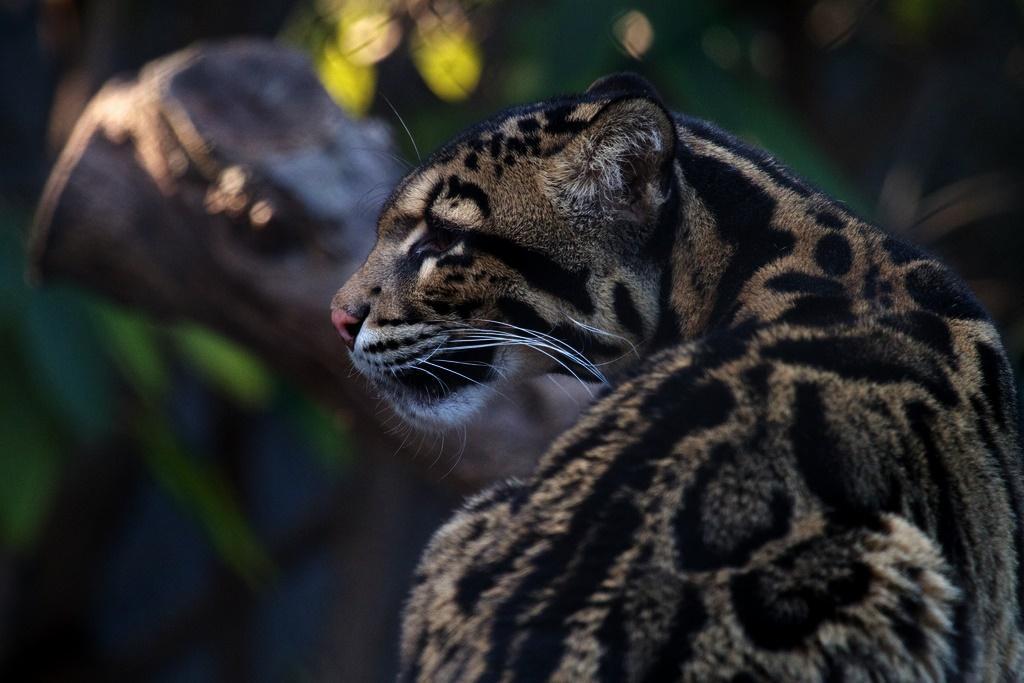