How to Introduce Your Dog to a New Dog

Although dogs are social creatures, that does not necessarily mean they get along with every member of their species. Sometimes conflicts can arise, especially when two or more dogs are first introduced. These problems are often caused by a lack of social skills, difficulty sending or interpreting communication signals, or overexcitement. Often, the dog's caregivers are to blame because they do not know how to handle the situation. A common example of this is when they force the dogs to interact with each other despite their dog's discomfort. It is natural to want our dogs to interact, play, and socialize with other dogs, but first we need to learn how they communicate.

In this AnimalWised article, we will give you some tips on how to properly introduce two dogs. We also explain some of the most common mistakes dog owners make so you can avoid them yourself.

You may also be interested in: How to Introduce a New Cat to Another Cat
Contents

What to know before introducing two dogs

The dog is a social animal, which means it needs contact and interaction with other people and other dogs. However, sometimes conflict can occur when two dogs are introduced to each other and the situation can escalate to a fight. The first step to avoid such conflicts is to get to know your dog very well, including his temperament, preferences and social skills. This may be easier if you raised the dog as a puppy. If you have adopted an adult dog or are considering doing so, you should learn as much as you can about its past. Some of the reasons your dog may have difficulty communicating with others include: early separation from his mother, lack of socialization, isolation, abuse, physical pain, hormonal changes, traumatic experiences, and even genetics.

As a caregiver, you should learn to recognize the signs of tension that your dog and other dogs emit when they are in an uncomfortable situation. Dogs normally use their facial and body expressions to communicate with each other before they get into a fight. If you know how to recognize these movements, you can intervene and prevent a fight.Some of the signs that lead to a possible fight are the following:

Dog sneakers and ethologists can help you better understand and communicate with your dog if they have behavior problems or if you just want to understand them better.

If you are interested in learning more about what to do when two dogs fight, don't miss this article on how to stop two male dogs from fighting.

How to introduce two dogs in a public place

While you are walking your dog, is very likely that other dog owners may also be walking their dogs. This can be a great opportunity for your dog to socialize. Before approaching a dog, pay close attention to the body language of both dogs. When in doubt, it is best to ask the other owner if you may approach. Even if your dog is friendly and outgoing, you do not know the temperament of the other dogs.

Even if the other owner says yes, you should never force a direct approach if you notice signs of tension, uncertainty or fear in either dog. If one of the animals approaches abruptly and pushily, the other may not handle it well and could react in an undesirable manner. In cases where your dog is overly excited or nervous, continue walking and let them sniff and explore. Once your dog has calmed down, you can retry to introduce them to other dogs.

As long as the dogs involved are relaxed, you can approach them slowly. Make sure they do not tighten the leash at any time. Dogs with good social skills that do not want to start a fight will avoid direct eye contact and will not approach head-on. Instead, they will detour to get to the other's side and sniff their rear end. Depending on the animal's level of excitement, the tail will move at different heights and speeds and the facial expression will seem friendly and relaxed.

If you want to end the interaction, you should wait until one of the dogs decides to do so and move on. If neither dog seems willing to do so or if they begin to play too intensely, you can try to get your dog's attention as you walk away. Attempting to end the interaction by pulling the dog off leash, grabbing him, or lifting him up should be avoided as much as possible.

How to introduce two dogs at home?

We should consider a number of things when we bring a second dog into our home or when we take our dog into someone else's home. The sudden intrusion of an unfamiliar dog into an area the dog considers its own can lead to conflict, especially if the two dogs already know each other and have had a strained relationship in the past.

Conflict can be avoided by introducing the dogs in a neutral location, such as the park or the street. Once the dogs have met and sniffed each other, it is best to take them for a walk so they can get to know each other better and relax. They should then go home together and the invited dog should entering first so that they have the chance to explore the space without the other dog present. Once we see that they are both comfortable in each others company, we can let them interact freely. If you are still concerned about one of the dog's reaction, then you can build a physical barrier between the animals at home, such as a fence or an auxiliary door.

If we house more than one dog, we must always remember that there should be more valuable resources than dogs. We should provide several separate beds, feeding stations, waterers and a sufficient amount of toys so that the dogs do not feel forced to defend or fight for a resource.

If you want to know how to introduce a dog to your newborn baby, read this article on what to do when your dog meets your baby.

In many cases, a fight between two dogs originates from poor management on the part of the owner rather than a real problem between the animals themselves. Our actions, movements and words can unintentionally cause dogs to fight without us realizing it. Here are a few mistakes dog owners make that can lead to a dog fight:

If you want to read similar articles to How to Introduce Your Dog to a New Dog, we recommend you visit our Basic education category.

How to Introduce a Third Cat into a Home
How to Teach your Dog to Drop Objects
How to Train Your Schnauzer
How to Get Your Dog to Listen
Related categories
Advanced educationBehavioral problemsSportsAnimal games and fun
Most read
1.
My Dog Is Aggressive After Neutering
2.
Tips to Train an American Bully
3.
How to Stop Your Dog From Peeing Inside at Night
4.
Why Is My Dog Suddenly Scared Of Me?
5.
How to Make a Pit Bull Release its Bite
6.
How To Stop My Cat From Biting My Ankles
7.
Why is my Dog Pooping in the House Suddenly?
8.
What Does It Mean When a Dog Lifts a Front Paw?
How to Teach your Dog to Walk Beside You
How to Teach Your Dog to Sleep in its Own Bed
How to Accustom Your Dog to a Travel Carrier
How to Teach Your Dog Not to Urinate at Home
Training Your Dog to Use a Muzzle
How to Potty Train your Puppy to Use a Disposable pad
How to Build a Playpen for Dogs?
How to Train your Dog: 5 Tips

How to Introduce Your Dog to a New Dog 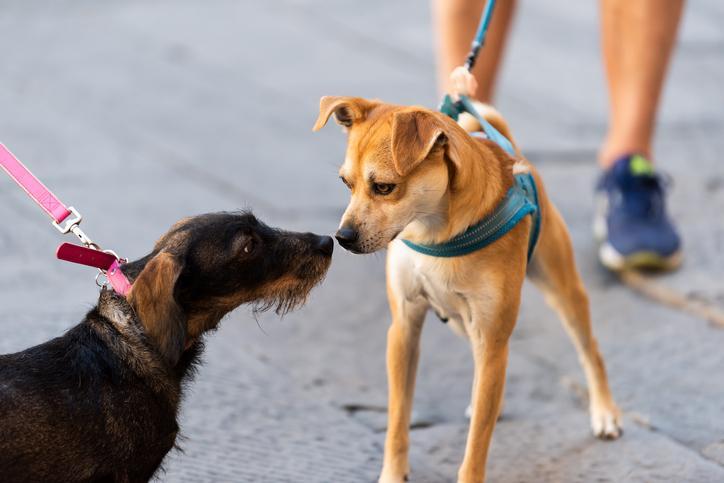 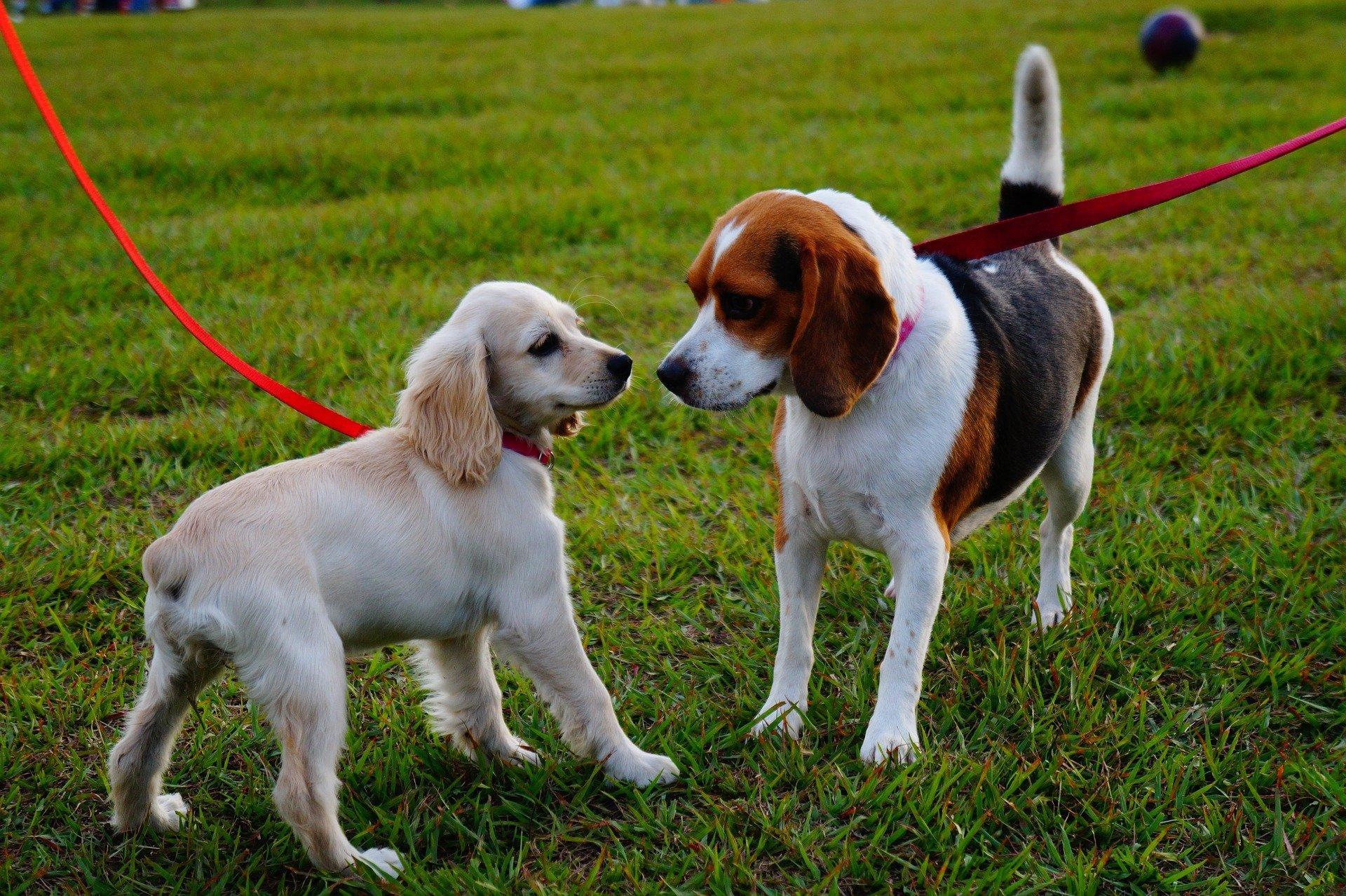 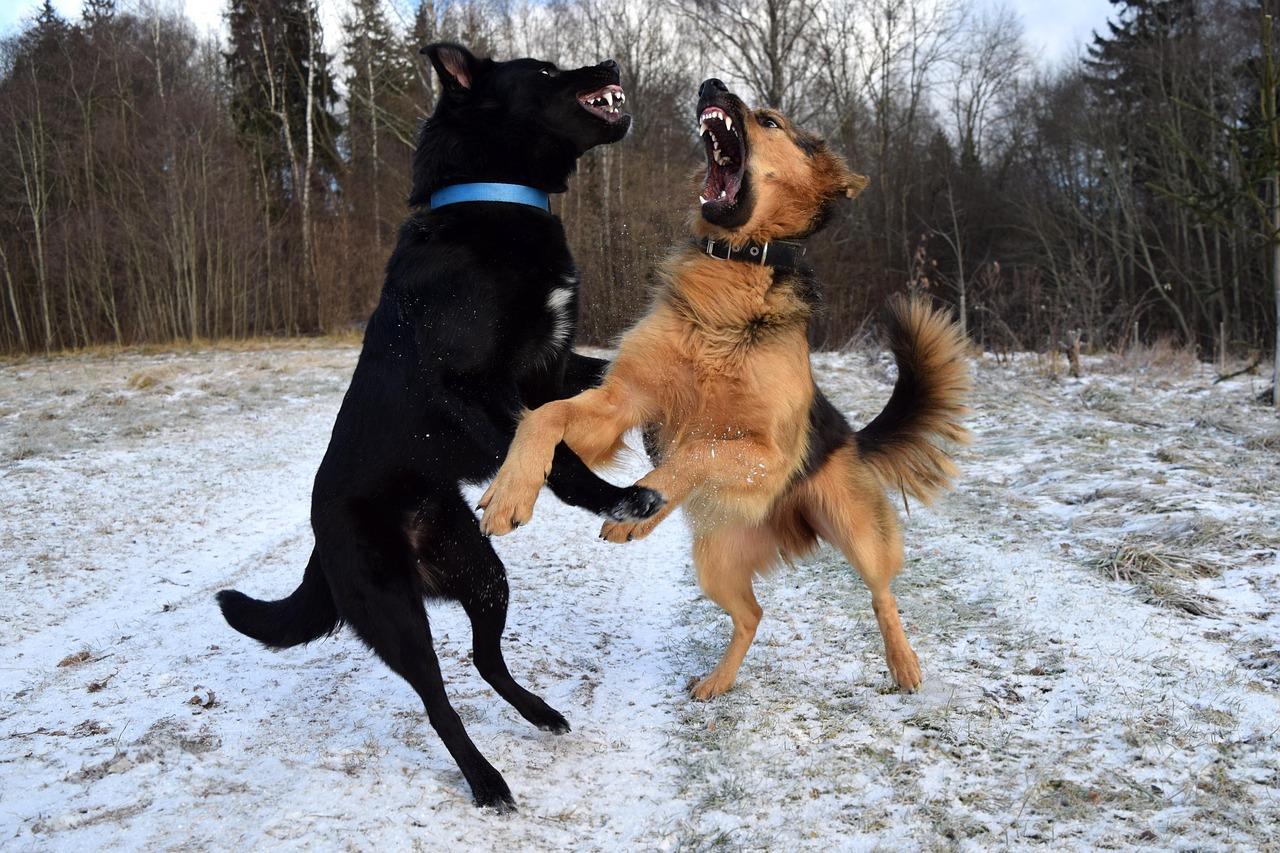