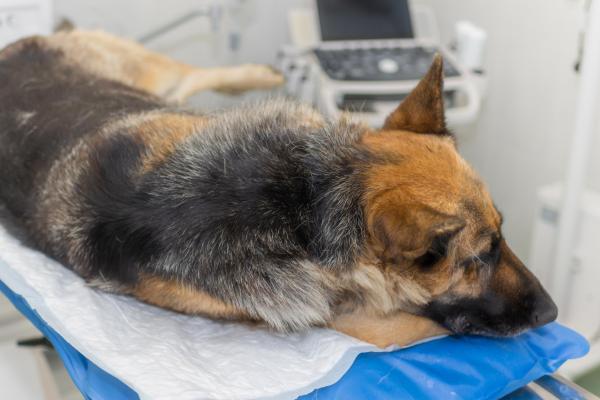 A canine insulinoma is a tumor that affects the endocrine pancreas. They are part of the pancreatic neuroendocrine tumor (PNET) group of tumors and are functional, meaning they produce an excessive and sustained release of insulin. In turn, this results in a decrease in blood glucose levels. Insulinomas can be benign or malignant. Although only a minority of human patients have metastasized insulinomas, they are relatively more prevalent in dogs.

At AnimalWised, we investigate insulinomas in dogs. Specifically, we look at the causes, symptoms and treatment of canine insulinomas so you can either observe for their development or have an idea about prognosis.

You may also be interested in: Hypoglycemia in Cats - Causes, Symptoms And Treatment
Contents

What is a canine insulinoma?

To understand what insulinomas in dogs are, we need to explain the structure and function of the pancreas, i.e. the organ which is affected by this type of canine tumor. The pancreas is known as a mixed heterocrine gland as it has both endocrine and exocrine functions:

Now we know more about the structure and function of the pancreas, we explain how the tumors affect it. As an insulinoma affects the pancreatic beta cells, it will have a bearing on insulin production. Insulin is a hormone which is released in response to glucose in the blood, allowing the glucose to enter cells and be used as energy. When a dog has an insulinoma, these cells begin to permanently secrete excessive amount of insulin, resulting in hypoglycemia, i.e. low blood-glucose levels in dogs.

Within the insulinoma, we can find benign (adenoma) and malignant (carcinoma) cell proliferations. Pancreatic carcinomas have a high mortality rate and often metastasize to the mesentery, liver, spleen, and regional lymph nodes. Fortunately, development of insulinoma tumors are rare in the dogs.

Canine insulinoma usually appears in dogs aged between 3 and 14 years of age, although they are more frequent in older ages (9+ years of age). There is no sexual predisposition, but there is a predisposition according to breed. There appears to be a higher incidence in the German Shepherd, Golden Retriever, Poodle, Irish Setter, Fox Terrier and Boxer dog breeds.

Symptoms of insulinoma in dogs

The clinical signs associated with canine insulinoma occur as a result of sustained hypoglycemia and stimulation of the sympathoadrenal system. Specifically, insulinoma in dogs usually presents with:

Other less frequent clinical signs that can be detected in canine patients with insulinoma include:

Take a look at two of these canine insulinoma symptoms in more depth with our articles on syncope in dogs and why a dog is losing a lot of weight.

Causes of insulinoma in dogs

The exact etiology of insulinoma in dogs is unknown. As with all neoplasms, insulinoma is caused by a genetic alteration that gives rise to disorganized cell proliferation. However, the specific cause that triggers this genetic alteration is not yet known to veterinary science. There is a genetic predisposition, as seen in the list of dog breeds with a propensity for developing insulinoma.

Diagnosis of insulinoma in dogs

The diagnosis of canine insulinoma should be based on the following factors:

Learn more about diagnosing disease in canines with our guide to understanding a dog's blood test.

Treatment of insulinoma in dogs

If your dog is diagnosed with an insulinoma, it is understandable you will want to know if it is curable. In some cases, surgical intervention can remove it completely and leave the dog with a functioning pancreas. In other cases, metastasis and organ failure mean the prognosis will be poor. There are two types of treatment for insulinoma in dogs.

The objective of surgery is to remove the pancreatic tumor, either partially or in totality. The latter is always preferred. If the tumor has metastasized to tissues such as the mesentery, liver or lymph nodes, these cancerous tissues need to be removed also.

Surgical treatment is recommended. Even if it is only possible to perform a partial removal, the symptoms will subside for a variable period of time, ranging from months to a year. It can also help the success of medical therapy. However, surgery is discouraged in critically ill patients due to risks of general anesthesia.

Although surgery is the treatment of choice in all stable dogs, it must be taken into account that a series of postoperative complications may occur:

Medical treatment will be necessary both in dogs where surgery is not possible, as well as those which undergoes surgical removal of some or all of the tumor. The medical treatment of insulinoma in dogs is usually one of two options:

Prognosis of insulinoma in dogs

Unfortunately, the prognosis for canine insulinoma ranges from guarded to poor. This is because most of these tumors when detected in dogs are malignant.

The life expectancy of dogs with insulinoma depends on the treatment that is established:

Whether or not surgery is an option for your dog will depend on the severity and size of the tumor. In some cases, the prohibitive cost along with the poor prognosis will mean palliative care for the dog is the chosen course of action.

If you want to read similar articles to Insulinoma in Dogs - Causes, Symptoms and Treatment, we recommend you visit our Other health problems category. 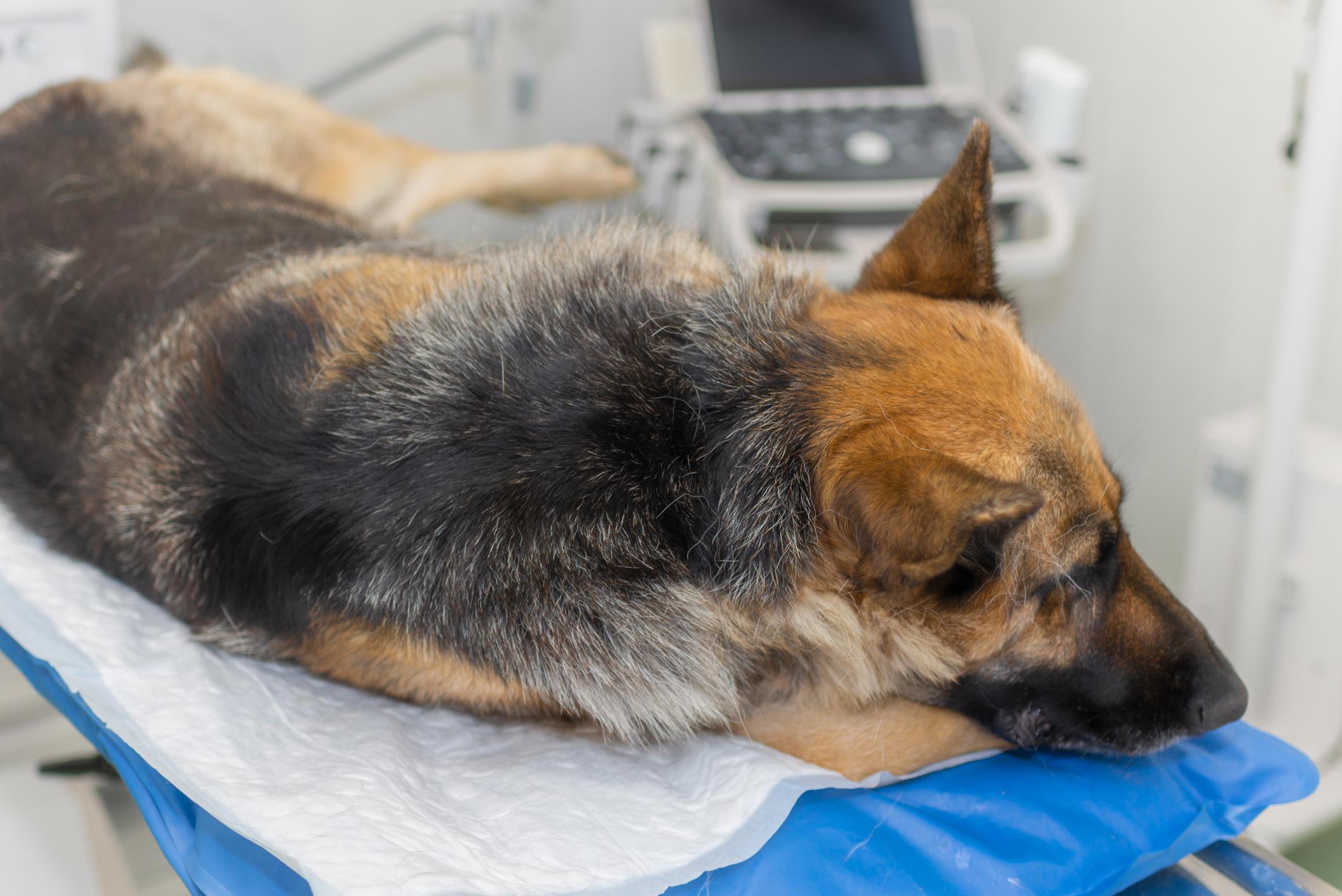 Insulinoma in Dogs - Causes, Symptoms and Treatment
Back to top