My Dog Is Freaking Out for No Reason

Every dog has their own personality which is molded by many factors. While genetics will play some part, their experiences, health and training will be the most important factors in how they behave. Puppies will generally be more boisterous than their adult counterparts, but some dogs will maintain a hyperactive personality, while others may become relatively chill. Most dogs will have some spontaneous bursts of energy which connote excitement, but there are some occasions when this can be a sign of some problem.

At AnimalWised, we look at why my dog is freaking out for no reason. We understand when this is simple exuberance and when it might be a sign of anxiety or a health issue.

You may also be interested in: 10 Reasons Why You Should Walk Your Dog
Contents

Why is my puppy freaking out?

It is important to know what we mean by the term ‘freaking out’. We don't mean the dog is experiencing real fear which would warrant anxiety, such as the case when they are being attacked. We are referring to a time when the dog expels a lot of energy for seemingly no reason. They indicate an almost lack of control and the dog doesn't necessarily appear emotionally upset.

The term ‘freaking out’ is colloquial, so other terminology has been found to express these instances. There are invariably known in dog training circles as a ‘zoomie’ or FRAP (Frenetic Random Activity Period). They are more common in puppies than adult dogs and are often associated with periods of play.

A FRAP is relatively easy to recognize as the dog will run at high speeds, adopt certain postures, jump on their hind legs, hide their tail between their legs and lower their rear. They may or may not emit vocalizations. We can differentiate a zoomie from other types of play in that they take the same route when running (usually in circles), dodge or jump obstacles and do so at speed.

Why does my puppy freak out at night?

When zoomies occur at night, they are sometimes referred to as ‘midnight crazies’. They are more common when the dog has spent much of the day resting or being otherwise inactive. This is often the case for puppies kept in crates which are only able to expel energy when they are released.

The circadian rhythm of dogs is the series of physical, mental and behavioral changes they make throughout a 24 hour period, including wakefulness and sleep. As with human beings, a dog's circadian rhythm will depend on their age, health and circumstances. For this reason, puppies generally sleep more during the day, but may have intense periods of activity at night.

Dogs also distribute their sleep throughout the day in naps. They also don't like to spend long periods of time on their own, so during the night they may feel the need to simply expel some energy. Dogs are animals with twilight habits, something which relates to their wild ancestry. However, they also adapt to their human family's routine.

For this reason, it is not abnormal for a dog to have the zoomies at dusk or dawn since this is when they feel most active according to their circadian rhythm. However, we still need to differentiate this between times at night when they are howling too much or showing signs of anxiety.

My dog freaks out when I leave

We may not be aware our dog has zoomies when we leave since we are not physically present to witness them. However, we might see the home has been disturbed, the neighbors might tell us they have made noise or we may have video cameras monitoring their behavior. In these cases, it is important to distinguish a normal FRAP with separation anxiety.

Separation anxiety is caused by the dog feeling insecure. When their human reference point leaves, they may feeling anxious they won't return. If they don't return, the dog will not receive the food, attention, experience and affection they need to survive. For this reason, they may run around, bark at any stimuli and even perform destructive behaviors.

In these cases, the dog is not having a zoomie. They are showing symptoms of a mental anxiety which occurs when we leave. We need to support the dog by providing environmental enrichment, provide more training and even speak to a dog trainer when necessary. Learn more about what to do in our article on separation anxiety in dogs.

Causes of zoomies in dogs

As indicated above, there are different reasons a dog will freak out. When it is a genuine fear response, it is not a FARP. It is an innate survival behavior which is similar to how we would act in similar circumstances.

When the dog is suffering from anxiety, they will show other signs of stress. They will be withdrawn, nervous and may even have incontinence issues. They may act in a hyperactive way, but not exclusively. Stressed dogs may also develop stereotypies. These are repetitive behaviors which are a way for them to calm themselves down. They can manifest in walking in circles, but can also be almost anything, including eating things they shouldn't.

In contract, a FARP is not caused by stress. It may involve repetitive movements, but the dog is happy and simply living their lives. For this reason, we are not exactly sure why a dog freaks out for no reason in this way. If we were to place a reason, it would simply be a healthy expression of their canine behavior.

What to do if my dog suddenly freaks out for no reason?

When a dog is suffering from anxiety, we need to address the problem. If we ignore it, the problem can get worse. Anxiety can lead to behavioral problems which may go unchecked, including behavioral problems. It is safest for themselves and others to help the dog relieve and manage their anxiety in a health way. If the dog is stressed or recurrently traumatized by certain stimuli, we have to remove this stimuli from their environment.

However, when addressing zoomies, in the majority of cases we shouldn't do anything. They are simply expressing their nature and we should not suppress it. The FARP will usually only last a few seconds and then they will return to whatever activity it was they were doing beforehand. Although we shouldn't try treat these zoomies, we may find there are better ways to manage them.

A dog in the middle of a FARP freak out will not lose control of themselves, but they may not be as careful with their movement. In these cases, if we have a dog prone to zoomies, we can remove furniture or objects which may likely be damaged. This not only protects the home, but prevents the dog from sustain injuries. We should also make sure outdoor environments are safe.

Although FARPs are not worrying or in themselves negative, they may be exacerbated if something in their care is lacking. For example, dogs are creatures of routine and will need structure to feel secure. Ensure you provide them with all of their basic needs and do so in a consistent manner. This means feeding them and walking them at similar times during the day and not disturbing their schedule where possible.

We should also provide plenty of environmental enrichment to ensure they are appropriately stimulated. Training and education needs to be implemented for every dog, but some may need it more than others. This is the case when trying to calm hyperactive dogs.

You can find out more ways to calm down a dog an relieve anxiety in our video below: 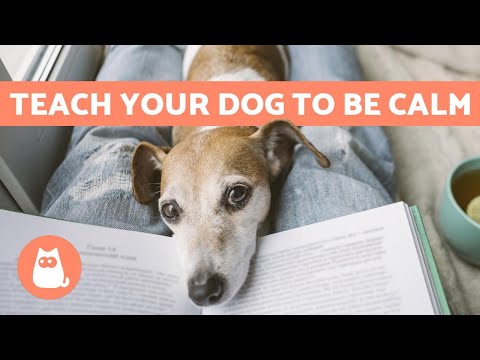 If you want to read similar articles to My Dog Is Freaking Out for No Reason, we recommend you visit our Animal games and fun category.

How to Tire your Dog out
Are Tennis Balls Bad for Dogs?
Easy DIY Toys for Dogs
Activities for Older Dogs
Related categories
SportsAdvanced educationBasic educationBehavioral problems
Most read
1.
My Dog Is Aggressive After Neutering
2.
Tips to Train an American Bully
3.
How to Stop Your Dog From Peeing Inside at Night
4.
Why Is My Dog Suddenly Scared Of Me?
5.
How To Stop My Cat From Biting My Ankles
6.
How to Make a Pit Bull Release its Bite
7.
Why is my Dog Pooping in the House Suddenly?
8.
What Does It Mean When a Dog Lifts a Front Paw?
Yoga for Dogs
Searching Activities for Dogs
Toys Not Recommended For Dogs
Tips to Motivate my Dog to Play
Best Time of Day to Walk Your Dog?
Is it OK for Cats to Play With Laser Pointers?
How to Make my Dog Love Me
How Does a Kong for Dogs Work?

My Dog Is Freaking Out for No Reason 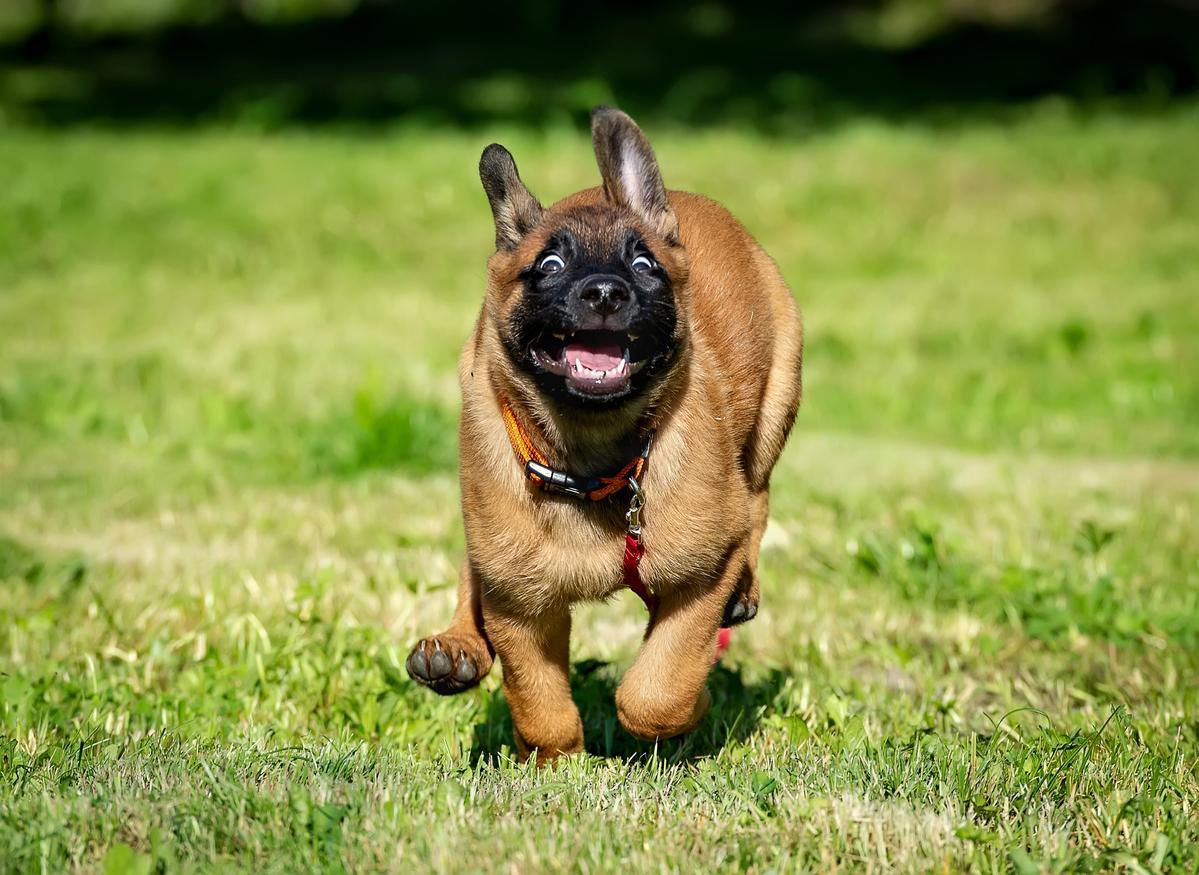 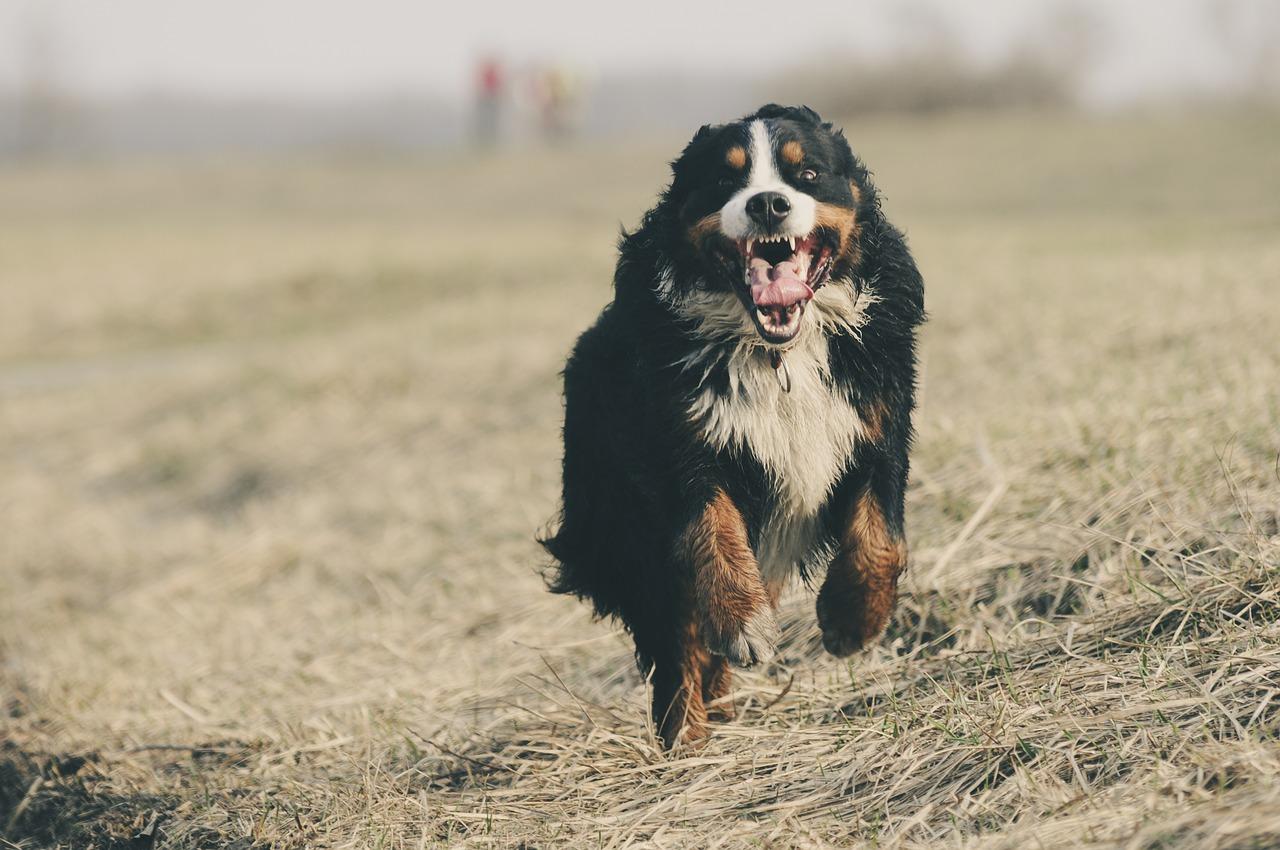