My Spayed Cat Is in Heat 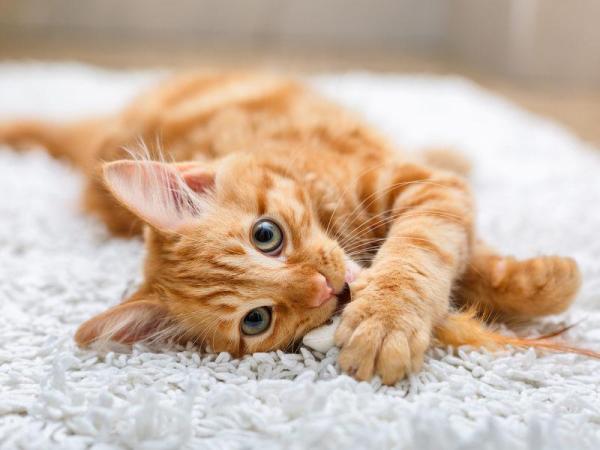 Neutering both male and female cats provides many benefits for the animal. Such benefits safeguard their physical and mental well-being. Neutering cats can also improve a feline's life expectancy. Spaying is the most common form of neutering for female cats. The heat period in cats can be a difficult and frustrating time, so preventing this process with spaying can help them to be more stable throughout their lives. When a female cat goes into heat after they have been spayed, it is not only worrying, it is confusing.

At AnimalWised, we look into why my spayed cat is in heat. We understand the reasons why cats can go into heat after getting fixed and what we can do to help them.

You may also be interested in: My Dog Is Bleeding a Lot During Heat
Contents

The heat period in cats

If we think our spayed cat is behaving abnormally, we need to determine if these are symptoms of the heat period or another problem. Female cats will be sexually mature from around 6 months of age. After this point, the cat will be seasonally polyestrous, meaning they can have multiple heat cycles during the breeding season. This season is generally between January to October.

Cats in heat will want to seek out a male for mating purposes. Hormonal changes in the cat drive their behaviors and they will experience various changes during the heat period. When a cat is in heat, we should see:

Domestic cats do not exist in the same way as their wild or feral counterparts. They have their needs provided for by their human guardians and procreation is not encouraged due to the already problematic high cat populations. Additionally, spaying can help improve their health as it prevents the development of certain health problems, especially uterine diseases (such as feline pyometra and uterine cancer).

If your cat displays signs of heat after they have been spayed, we will need to take them to a veterinarian for confirmation. Since it is possible other diseases can lead to physical and behavioral problems such as meowing more than usual, we need to confirm a diagnosis.

The veterinarian will likely perform a cytology by taking a sample from the cat's vagina with a swab. This sample will be analyzed under a microscope to see which cells are present and which indicate the cat is indeed having their heat cycle. It is also possible the veterinarian will draw blood to determine estrogen levels as this is the hormone which can confirm the cat is in heat.

If the test has confirmed your cat is indeed in heat, it implies something has gone wrong with the sterilization procedure. Spaying is the term for a specific type of neutering which usually involves the removal of the uterus and both ovaries. It is also known as an ovariohysterectomy.

It is recommended a female cat is spayed before they enter their first heat, when they are around 5 months of age. The reason for this is to provide the maximum benefit to the cat. If they are spayed after they reach sexual maturity, they are more likely to have behavioral issues associated with sexual maturity. The surgery is performed under general anesthetic and involves a small ventral incision through which the ovaries and uterus are removed. When only the ovaries are removed, it will likely be a lateral incision.

During surgery, the veterinarian ensures that no remnants of tissue remain. They will suture the incision with stitches or staples. Analgesic and antibiotic treatment may be administered, but not in all cases. Guardians need to ensure the wound is cared for so that it does not develop a secondary infection or re-open. The cat will return to their normal selves after around 24 hours, although they may require an e-collar to prevent them licking their stitches. This related article shows you how to make an e-collar at home.

After approximately one week, the stitches are removed and the cat should live a normal and happy life. We shouldn't have to worry about them going into heat which is why it can be disconcerting if we see our spayed cat enter their heat cycle.

Why is my spayed cat in heat?

The release of hormones can also result in something known as phantom pregnancy in cats. This is when the cat believes they are pregnant due to the hormonal changes, even though no fetuses are gestating. While the above reasons can lead to a spayed cat going into heat, it is important to note this is very rarely recorded in felines. The highest recorded instance is of surgical error[1], but treatment is available.

Treatment of heat in spayed cat

Once the diagnosis has been confirmed by a veterinarian and other medical problems have been ruled out, treatment will most likely involve surgical intervention. With ovarian remnant syndrome, the remnant tissue will need to be removed. This will happen with an exploratory laparotomy, a procedure similar to the initial ovariohysterectomy. This is also the case with stump pyometra as the infected tissue will be removed.

There are some hormone treatments in the form of progestogens, but these are unlikely to be administered. This is because they have serious side effects which include the development of mammary tumors or even inducing stump pyometra. If the ingestion of estrogen has lead to the inducement of heat, then it should stop once they are no longer ingested.

Adrenal tumors and other problems which lead to hormonal changes will need to be treated individually. These may require surgery or even chemotherapy, with the resultant heat symptoms being secondary issues. Once they are treated, the cat should return to normal.

Can you spay a cat in heat?

There are some rare occasions when a cat will be spayed if they are showing heat symptoms. Usually, the veterinarian will wait until the heat symptoms have finished before performing the procedure. In cases where the cat's health is in danger, it may be better to perform surgery if the benefit to the cat is greater than the risk. To know when this will be, find out how long a cat will be in heat.

For cases where further surgery is required (as is the case with exploratory laparotomy), it might be better to perform surgery to reduce the risk to the cat's health. This will be determined by the veterinarian.

If you want to read similar articles to My Spayed Cat Is in Heat, we recommend you visit our Other health problems category.

My Dog In Heat Won’t Stop Crying
Signs of Heat Period in Rabbits
Dog Bleeding After Spay - Causes
Why is My Dog Bleeding From Her Vagina?
Related categories
Viral diseasesMental problemsBacterial diseasesPreventionFirst aidMedicine
Most read
1.
My Dog's Poop Starts Solid Then Goes Soft
2.
My Dog Is Bleeding from His Penis
3.
My Dog Keeps Licking Her Private Area - All Possible Reasons
4.
My Cat Has Liquid Coming From Their Anus
5.
My Dog Has Pus Coming From His Penis
6.
What to Do if My Dog has Something Stuck in his Throat?
7.
Can I Bathe My Dog After Vaccination?
8.
Why Is My Cat Vomiting White Foam?
Stages of Breast Cancer in Cats - Mammary Tumors in Cats
Why is My Cat Acting So Weird?
My Cat's Temperature Is Low, What Should I Do? - Hypothermia in Cats
Ovarian Cysts in Dogs - Symptoms and Treatment
How do Cats Act When they are in Heat?
My Cat Has Cold Ears - How Do I Know if My Cat Is Cold?
My Cat Is Panting Like a Dog
My Dog's Mouth is Dry

My Spayed Cat Is in Heat 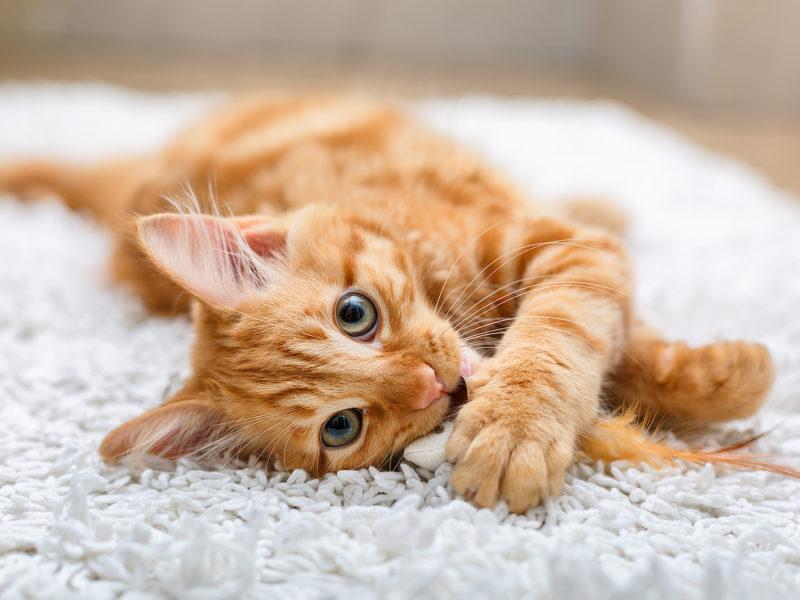 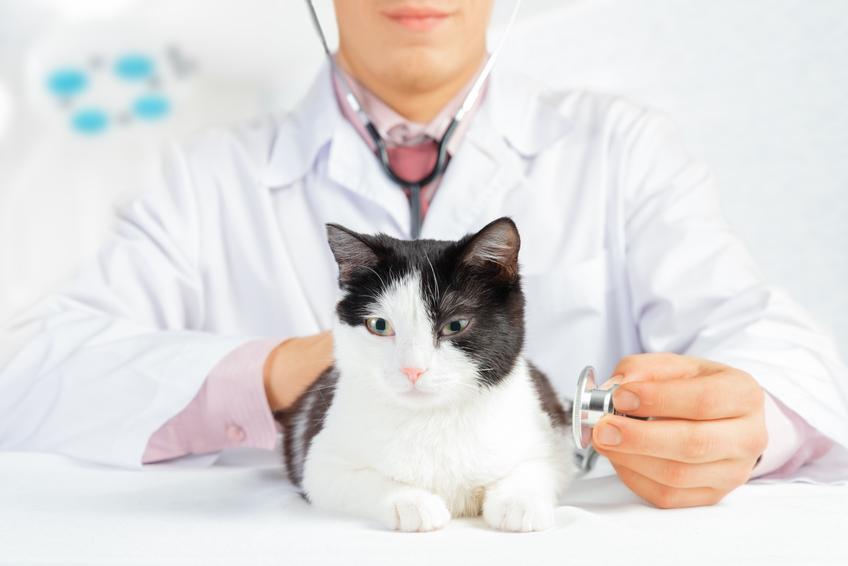