Telugu Names for Pets - With Meanings

If you're thinking about adopting a pet, from the more traditional ones like cats and dogs to the more modern like snakes and hedgehogs, you will probably be wondering how are you going to name them - it's more difficult than it looks!

Everybody wants unique names for their pets, and there is nothing better than a meaningful, beautiful name from a different culture. If you don't live in southern India, you may find the perfect choice in a list of Telugu names for pets with their meanings.

Telugu is the main language spoken in two states in southeastern India, namely Andhra Pradesh and Telangana, where it is the main official language of these states. The Telugu language is the fourth most spoken in India, and it is also the most widely spoken language among the languages of southern India that use the Brahmi script. According to some estimates, over 60 million people speak Telugu in India, and it's also spoken in other parts of the world. If you do live in southern India, a Telugu name can also be a good choice - everybody will know what it means!

Do you want to consider it? Stay with us at AnimalWised and discover our favorite Telugu names for pets with their meanings.

You may also be interested in: Marathi Names for Dogs - With Meanings
Contents

The Telugu language: The Italian of the East

Telugu is such a melodious language that it is also known as "Italian of the East". It is also called Andhra, and in the past it was called "Tenugu". Telugu is a Dravidian language, and it gained prominence in the era of the Chalukyas of Vengi, between the 7th and 12th centuries. Telugu script (తెలుగు లిపి; Telugu lipī) originated from the Brahmic family of scripts.

Telugu vocabulary is influenced by Sanskrit; with the advent of the Mughals in India, several Persian and Arabic words also entered into this Indian language's lexicon. The evolution of Telugu can be traced in terms of forms and functions. Culturally it is closer to its southern neighbors, but it shows similarities in origin to northern languages such as Manda and Gondi.

When it comes to history, Telugu is an older language than ancient Western languages such as Ancient Greek or Latin. In structure, it has a composition based on pattern, prose, sound, rhyme and rhythm. It also has numerous idioms and proverbs called Saamethalu.

If you know your pet is going to be male, we recommend any of the following Telugu names for male pets:

Try Aabhas (ఆభాస) if your pet is a sensitive one, for it means “sense” or “feelings”. Aabhat (ఆభాత) is another good name that means “shining” or “visible.” If you have a loyal and obedient pet, consider naming him Aadarsh (ఆదర్శ). Aadesh (ఆదేశ ) is a nice Telugu name for a male pet; it means “command” or "message".

Perhaps you have a Persian cat or a rare parakeet who looks and acts royal: Try naming him Aadhish (ఆధీశ ), which means “king.” Another great Telugu name is Aadhyatm (అధ్యాత్మ) which means “focus” or “concentration.” If your pet comes first for you, he should be named Aadi (ఆది) which means most important.

Ceyone (కేయోన) or “rising sun” is a wonderful name for your alert male parrot. If your male pet is a wish come true, name him Chaand (చాంద) which means “sincere wish.” For the super duper pet, consider the name Chahan (చాహన), Telugu for “super". If your pet is the cheerful friendly type, go for Chahel (చాహేల) which means “good cheer.” For your peaceful pet horse or dog, the perfect name is Chain (చైన) which means “peace.”

Got a wise old turtle? Name him Chaitanya (చైతన్య) which means “knowledge” or “sage”. If your pet canary is fond of looking at the moon, the perfect bird name is Chakor (చకోర), which means exactly that! For those looking for unique names for tomcats, consider the name Chakshan (చక్శన) which means “good looking.” For your pet hawk or kite, the best name is Chakshu (చక్షు), which means eye.

If your pet is a timely gift, consider naming him Kaal (కాల) which means “time”. A great name is Kaalik (కాలిక) or long-lived. If your pet has a wild, fun side to him, the right Telugu name is Kaamat (కామత), standing for “unrestrained”. For an especially desired pet, consider the name Kaamik (కామిక) standing for “desired.” If your pet is your dream come true, Kaamod (కామోద) or “one who grants wishes” is the Telugu name for pets to choose.

Will your future pet be a female? Don't worry, there are many unique and beautiful Telugu names for pets that will fit her for sure, no matter her personality.

For a female pet, consider names such as Aadishri (ఆదీశ్రీ) or Aadita (ఆదితా), which mean the same: "Most important". Try naming her Aadithi (అదితి) which means “peak” if she is steady as a mountain. Another name for mountain in Telugu for female pets is Aadrika (ఆద్రికా).

If your pet is a unique one, she should be named Aadvika (ఆద్వికా). If your pet has a bubbly and vivacious character, name her Aahladita (ఆహలాదితా) which means bubbling with delight. A great Telugu name for female pets is Aakaanksha (ఆకాంక్షా) which means “wish” or “desire.” For the shy and endearing pet, consider the name Aanamra (ఆనమ్ర) which means modest.

If your pet is an agile and graceful creature, name her Chaaru ( చారు) or Chaaruvi (చారువీ), which mean pretty. If your pet faithfully follows you, she should be named Chaaya (ఛాయా) which is Telugu for “shadow”. Perhaps you are looking for a name for your popular female pet? Consider the name Chaheti (చహేతీ ) which means “lovable for all.” If your pet has been specially chosen, name her Chainika (చైనీకా) or the chosen one.

Kaahini is a beautiful Telugu name for a female pet meaning “youthful” or “spirited” (కాహీనీ). If you have a pet cuckoo, choose the name Kaajal (కాజళ) meaning “dark mascara”. Kaalaratri (కాలరాత్రీ) or “black goddess” is the perfect name for a black cat, and so is Kaalika ( కాలికా).

For your female Golden Retriever, consider the name Kaama (కామా) which means "golden one" or "love". If your pet is generous and loving, choose Kaamada (కామదా) which means generous. Kadanmbari (కదాన్మ్బరీ) means “female cuckoo” and is the right name for your pet bird.

The best thing you can do when looking for the perfect name for your pet is to reflect the true essence of their personality. After all, there's a lot to be said about names - just as names say a lot.

Their name will be an important part of your pet's identity, and it should represent them in the deepest sense. This is why we've compiled this list of unique Telugu names for pets with their meanings, so that you truly understand what you are choosing and why.

Did we miss your favorite Telugu name for pets? Tell us in the comments section! If you still haven't found the perfect name for your new friend, we recommend:

If you want to read similar articles to Telugu Names for Pets - With Meanings, we recommend you visit our Names category. 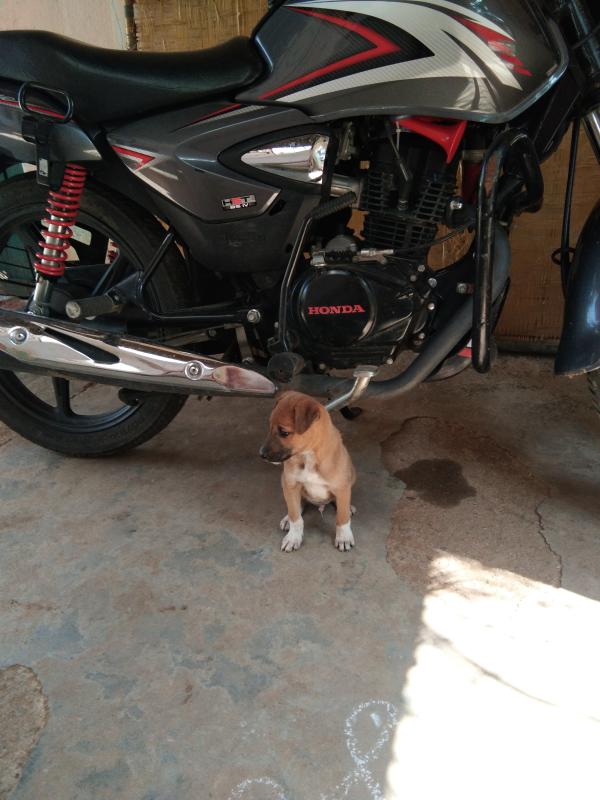 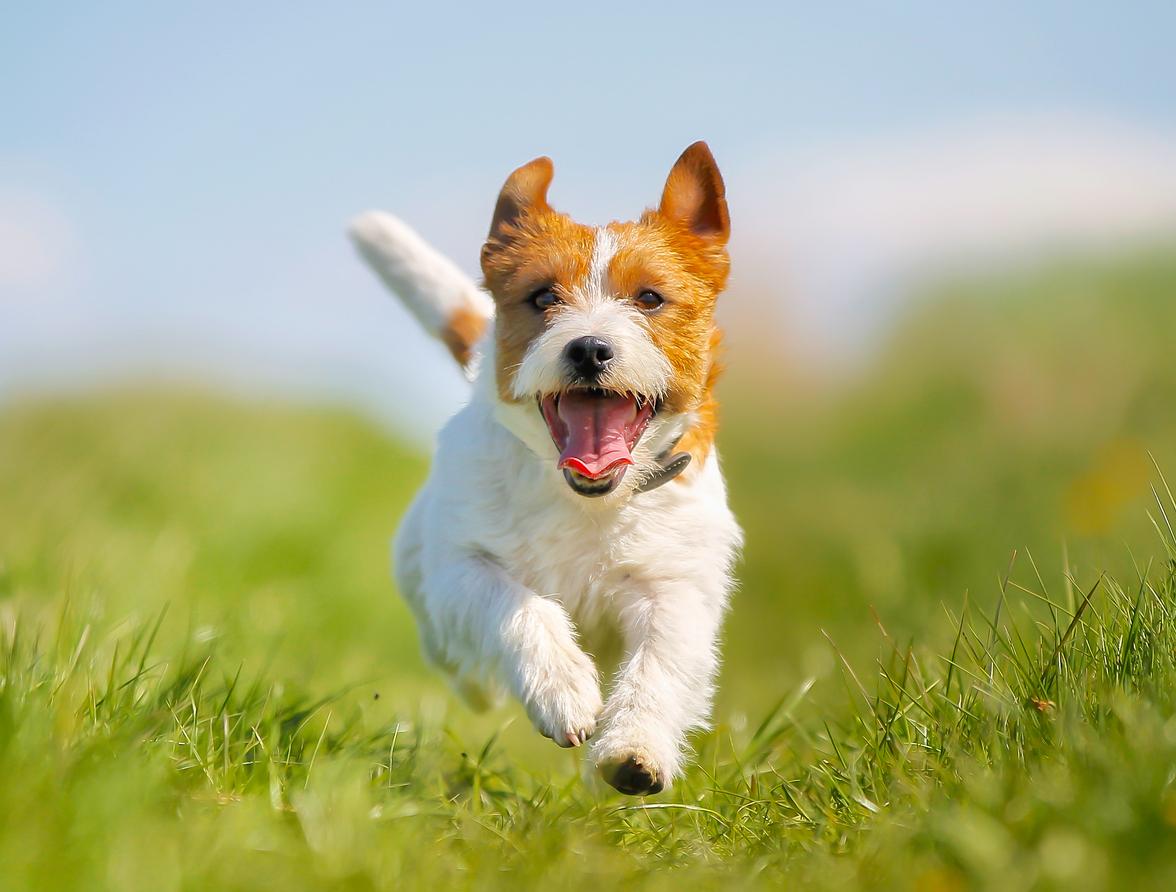 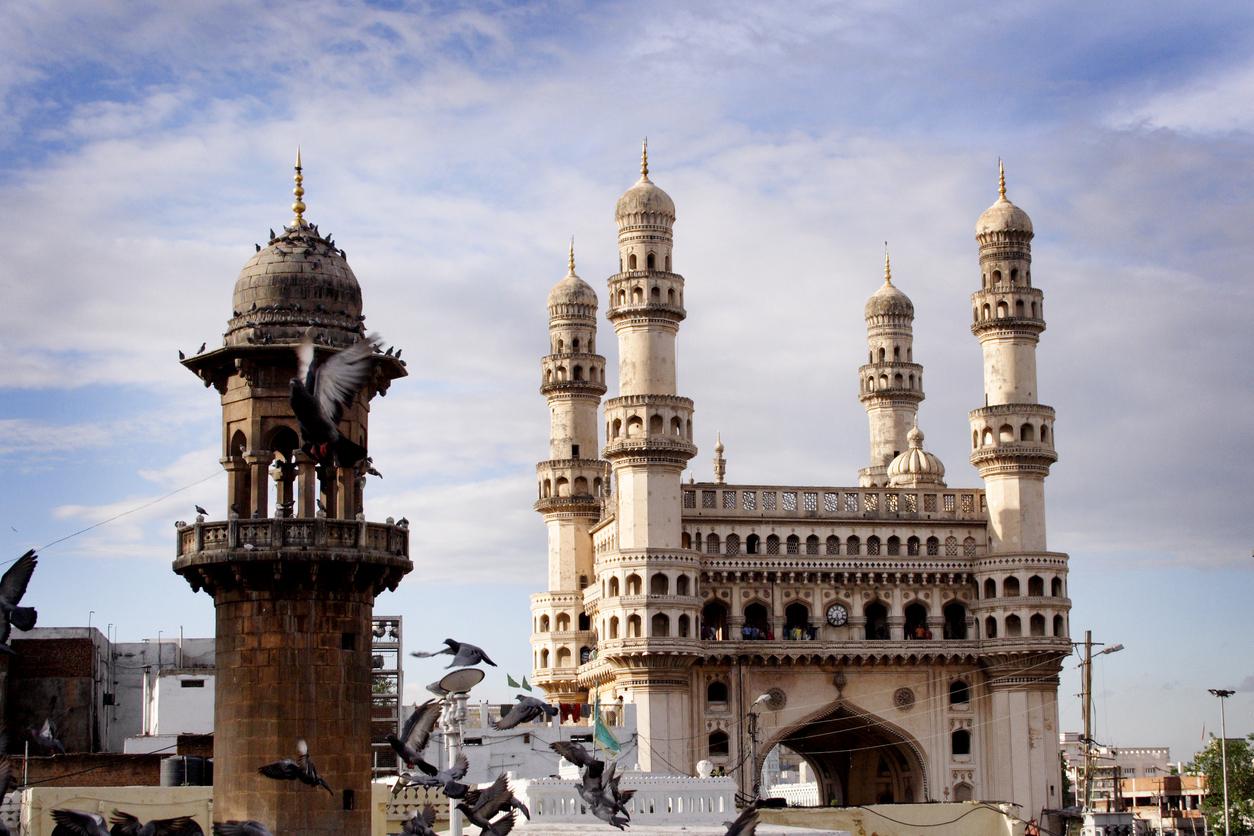 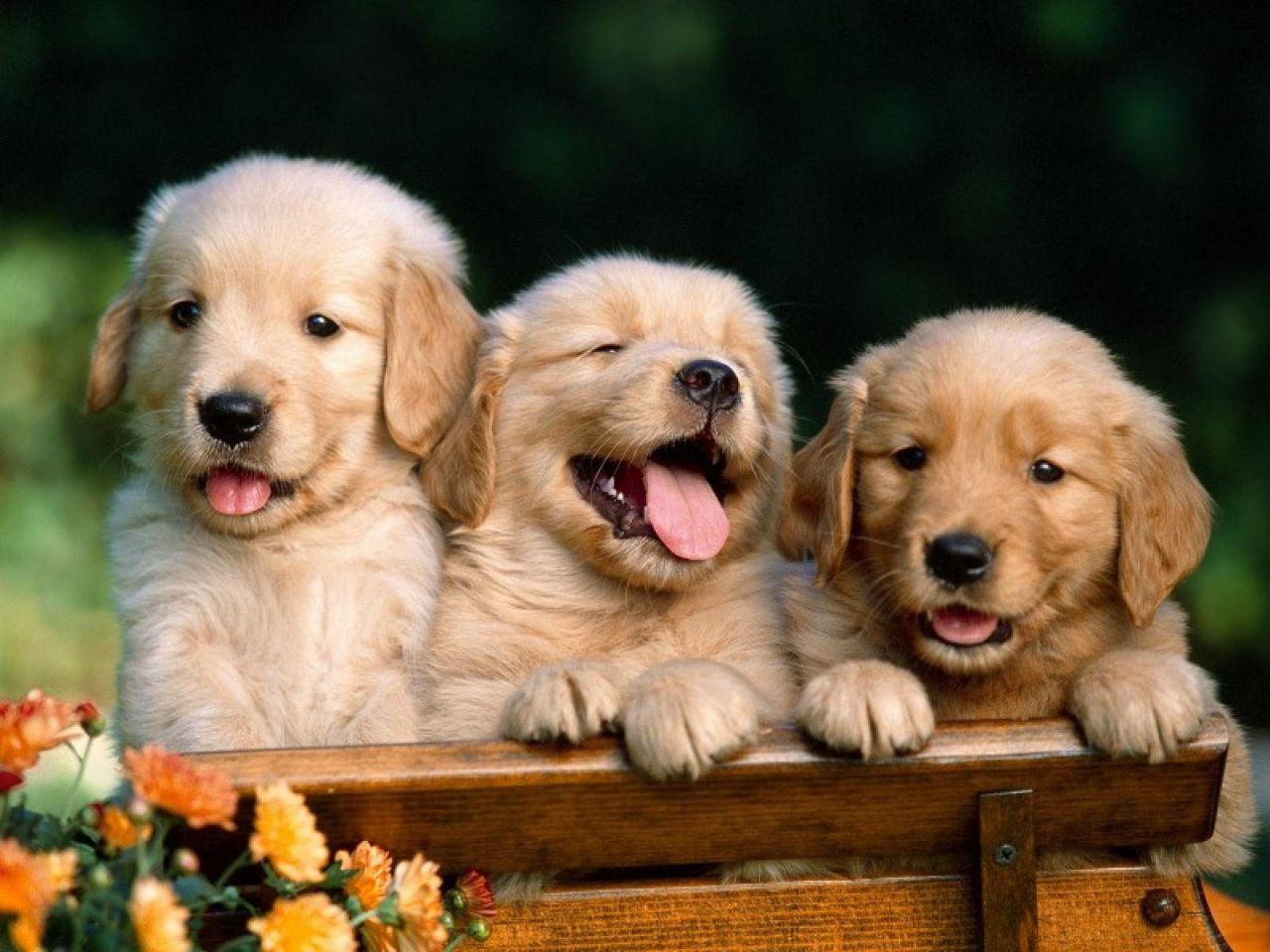 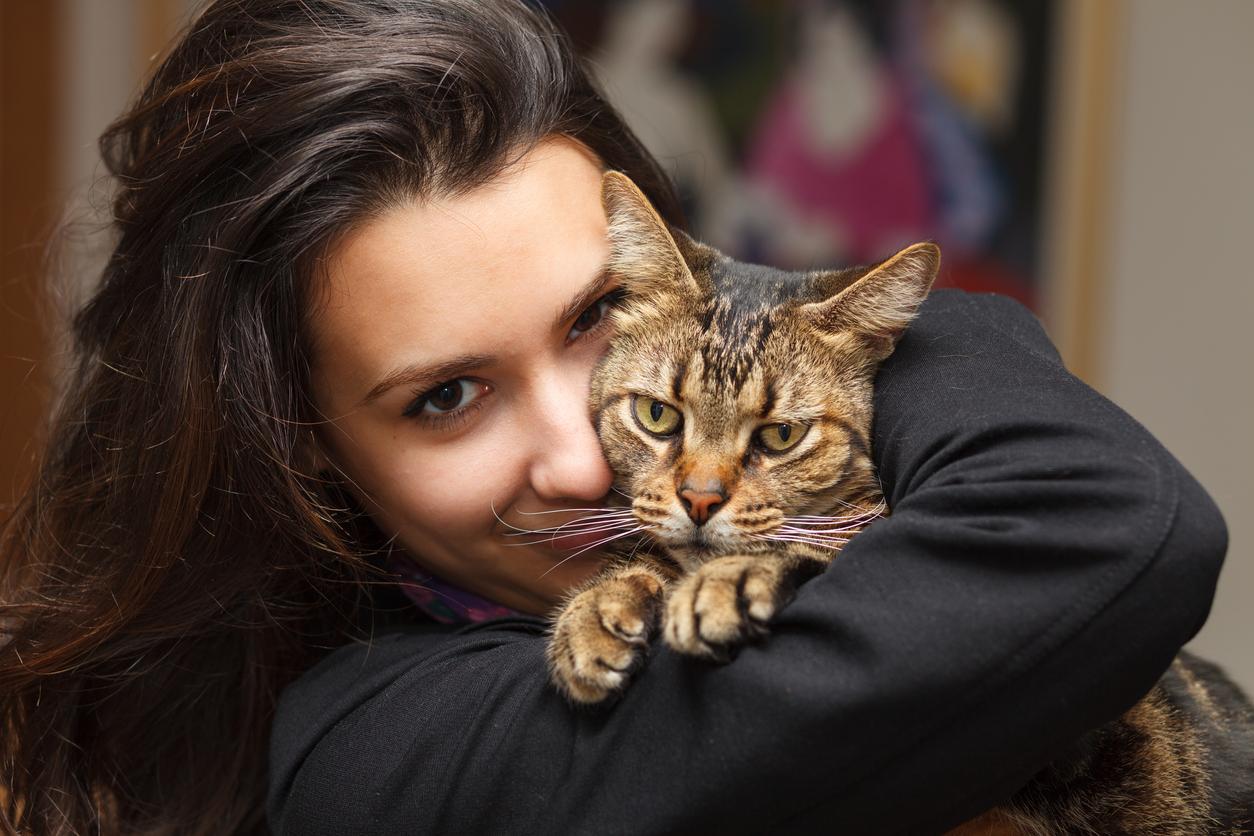