Dwarf rabbits are becoming increasingly popular as pets. There is a trend in animal companions to have smaller and smaller pets, sometimes causing health problems such as with teacup dogs. However, dwarf rabbits are known to actually have a longer lifespan than larger rabbit breeds[1]. They are also particularly adorable, not to mention intelligent and able to create strong bonds with humans.

It's important to know that just becuase they are small and cute, doesn't mean the responsibility of their guardians is any less. We need to take care of all their basic needs as well as known some specific characteristics and health issues they may need addressed. AnimalWised brings you the top 10 dwarf rabbit breeds to help you know what to expect when adopting one of these beautiful lagomorphs into your family.

You may also be interested in: Pet Rabbit Breeds: Pictures and Descriptions
Contents

The Mini Lop, sometimes known as the dwarf lop rabbit, is one of the most popular dwarf rabbit breeds, despite being relatively new. Some theories affirm that this is a French rabbit breed, while others claim it is descended from the Flemish Giant rabbit. This would give it a Belgian origin, but some believe it was truly developed in Germany in the 1970's.

They are characterized by a short and wide body with a rounded shape. For a small rabbit breed, they have a strong musculature and their head is relatively big when compared to the rest of their body. The name ‘lop’ refers to their ears which hang down the side of their head. They have a rounded tip, but are not as long as some lop rabbit breeds.

The cat of the Mini Lop is dense, soft and of medium length. They have quite a large proportion of guard hairs, the hairs which make up their outer coat. A wide range of colors is accepted when showing Mini Lop in rabbit shows, which can be in either solid or patched patterns. Their body weight should vary between 2.5 and 3.5 kg in adult individuals and their life expectancy is between 5 and 7 years of age.

Even among the small dwarf rabbit breeds, the Netherland Dwarf rabbit is particularly diminutive. Their body weight weighs from around 0.5 kg (a mere 1 lb) to 1 kg. Despite this compact size, they are strong and muscular, allowing for great flexibility in their movements. Their head is also large in relation to the rest of their body, but they have a very short neck. Unlike the lop breeds, their ears are small and stand erect. Their fur is shiny and soft, making them particularly popular lap pets.

As their name suggests, this rabbit breed's origins lie in the Netherlands. The specimens we know today may differ greatly from their ancestors which were developed at the beginning of the 20th century. After export to other countries (they were particularly popular in England), these small lagomorphs underwent numerous cross-breeding programs to obtain their small stature and to vary the color of their coat.

We should not confuse them with the similarly named Dutch rabbit. This is a medium sized rabbit which, perhaps confusingly, has its origins in England.

The Columbia Basic pygmy rabbit is one of the smallest of all dwarf or toy rabbit breeds. Adults barely exceed 500 g in weight.

During the 1990's, the breed was almost declared completely extinct. Unfortunately, no purebred Columbia Basin pygmy rabbits exist, but the breed does still continue to some degree. Still, they are one of the rarest rabbit breeds in the world. Part of the problem is their reluctance to breed, something relatively uncommon to rabbits in general.

The English Angora rabbit is a rabbit breed which became very popular for its tender appearance and thick coat. Initially its breeding what dedicated to exploiting its fur for wool, which is why you may have heard of them from the famous angora sweaters made from their wool. However, they are now very popular as pets. Due to its abundant coat, they need a lot of care and grooming. This is to avoid knots, hairball and general hygiene problems.

Not all Angora rabbis are small. The Giant Angora rabbit, you might imagine, is anything but. Although smaller than most rabbits, the English Angora isn't really a dwarf rabbit. However, in New Zealand, a breeder named Norma Spencer has bred the Mini English Angora rabbit. They gained their small stature by breeding with Netherland rabbits, but they are very rare, even in their homeland.

Continuing our list of dwarf rabbits, we have the Jersey Wooly rabbit, another which is not well known and a little peculiar. The breed was developed in the United States, specifically in the state of New Jersey where their name is derived. Their appeal as a pet is much more than their adorable appearance. They are also extremely docile and affectionate by nature.

In its place of origin, the Jersey Wooly is known as ‘the rabbit which does not kick’. They are very balanced in temperament and hardly ever show signs of aggression, being very firendly in their daily life.

This dwarf rabbit breed was first developed in the 1970's from crosses between the French Angora rabbit and the Netherland Dwarf rabbit. The Jersey is characterized by their compact and muscular body, small erect ears on a square head. These ears only measure around 2". Adult individuals can weigh up to 1.5 kg and their life expectancy is between 6 and 9 years.

You may be getting the picture that the Dutch are generally fond of rabbits (even if that is a wide generalization). What is not a generalization is that one particular Dutch person is a superfan. His name is Adrian de Cock and he created the Holland Lop by making selective crosses between the English Lop, the French Lop and the Netherland Dwarf rabbit breeds during the 1940's.

The Holland Lop usually weighs between 0.9 and 1.8 kg, displaying a compact and solid body entirely covered by abundant smooth and soft fur. The head is noticeably flattened with their lopped ears being medium length and giving them an adorably cute appearance. The breed standards of the Holland Lop accepts different colors for their coat, also recognizing bicolor and tricolor varieties.

The Britannia Petite is another breed of rabbit originally developed in England, from rabbits brought over from Poland. It is one of the oldest breeds of dwarf rabbit as their development dates back to the 19th century, mainly due to animal exhibitions which were very popular at the time.

Its most characteristic feature is its arched body which has made it very popular in rabbit shows. This arch runs from the base of its neck to its tail in a single arch, almost as curved as a quarter of a circle. The belly is also slightly raised, adding to this arched look. Its head is a wedge shape and their eyes protrude slightly. Their ears are short and pointed with a tendency to stand erect.

These dwarf rabbits stand out for their great amount of energy, so they need a lot of daily exercise to maintain both physical health and stable behavior. Thanks to their small size, they do not need a massive hutch to keep them in, but they do need a large run to be able to expend their energy. It is recommended, where possible, to have an open space where they can run freely, jump and play with their families.

The Lionhead rabbit is one of the most striking dwarf rabbit breeds. Its name refers to its most characteristic feature, the mane of long fluffy hairs on its head which resemble that of a lion. However, many individuals lose this mane when they reach adulthood.

Another striking feature of these dwarf rabbits are their ears which can exceed 7 cm in length. This makes them large in relation to the rest of their body, although they can sometimes be obscured by their furry mane. There is, however, a variety of Lionhead rabbit with shorter and more erect ears.

Lionhead rabbits are one of the breeds of dwarf rabbits which can weigh up to 2 kg. They are robust, but can seem larger than they are thanks to the fluff which can be a wide variety of colors. The eyes are rounded and well separated from each other. They have a rounded head and a somewhat elongated snout.

This breed can be seen to have shared origin as it was first developed in Belgium, but was finished to the standard we see now in England. Little precise information is known about their ancestry, but it is believed to be derived from the rare Swiss Fox and the Belgian Dwarf breeds.

The Cashmere Lop is one of the most popular rabbit breeds, but there is also a mini version which is gaining in popularity. These small lagomorphs of English origin have a broad, compact and muscular body with an equally wide and slightly curved head (when in profile). They have large bright eyes which give them such a mesmerizing look.

Their most striking feature is their long, dense and abundant fur. This can have various solid and differentiating color patterns. Its long drooping ears give the Mini Cashmere Lop its tender appearance. Their delicate coat is very soft to the touch, but they require careful maintenance to avoid knots, the accumulation of dirt and digestive problems associated with hairballs in the gastrointestinal tract.

We finish our top 10 dwarf rabbit breeds with the Dwarf Hotot rabbit, a breed attributed to Mme Eugenie Bernhard. She bred this particular rabbit in France, specifically Hotot-en-Auge where they derive their name. Since their origin in 1902, these dwarf rabbits have gained enormous popularity around the world for their beautiful appearance and gentle affectionate temperament.

The most characteristic feature of this dwarf rabbit is the juxtaposition of completely white fur and their brown eyes enshrined in a stark black ring. This contrast in color highlights the beautiful eyes of the Dwarf Hotot, giving the impression they are even bigger than they already are. We should, however, not forget their cute little ears which rest atop their head which are relatively uncommon in rabbit breeds.

Despite their small size, the Dwarf Hotot has a large appetite, so their guardians need to be especially vigilant in case they develop obesity.

Other breeds of dwarf rabbits

Although we have brought you the top 10 dwarf rabbits (in our humble opinion), we have not yet exhausted the list. So, for a little extra dwarf rabbit action, here are some more of these adorably diminutive breeds for you to explore:

If you want to read similar articles to Top 10 Dwarf Rabbit Breeds - With Pictures, we recommend you visit our Comparisons category. 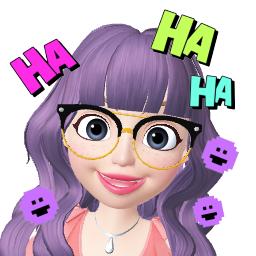 thank you so much! the article was very helpful. 👍😉

We are so glad we could be useful to you, it's why we're here!
Top 10 Dwarf Rabbit Breeds - With Pictures 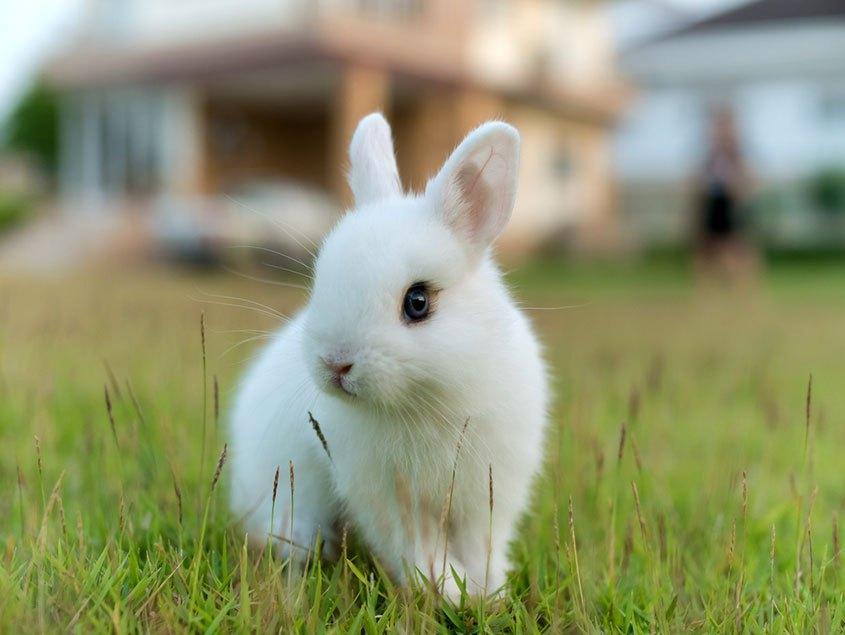 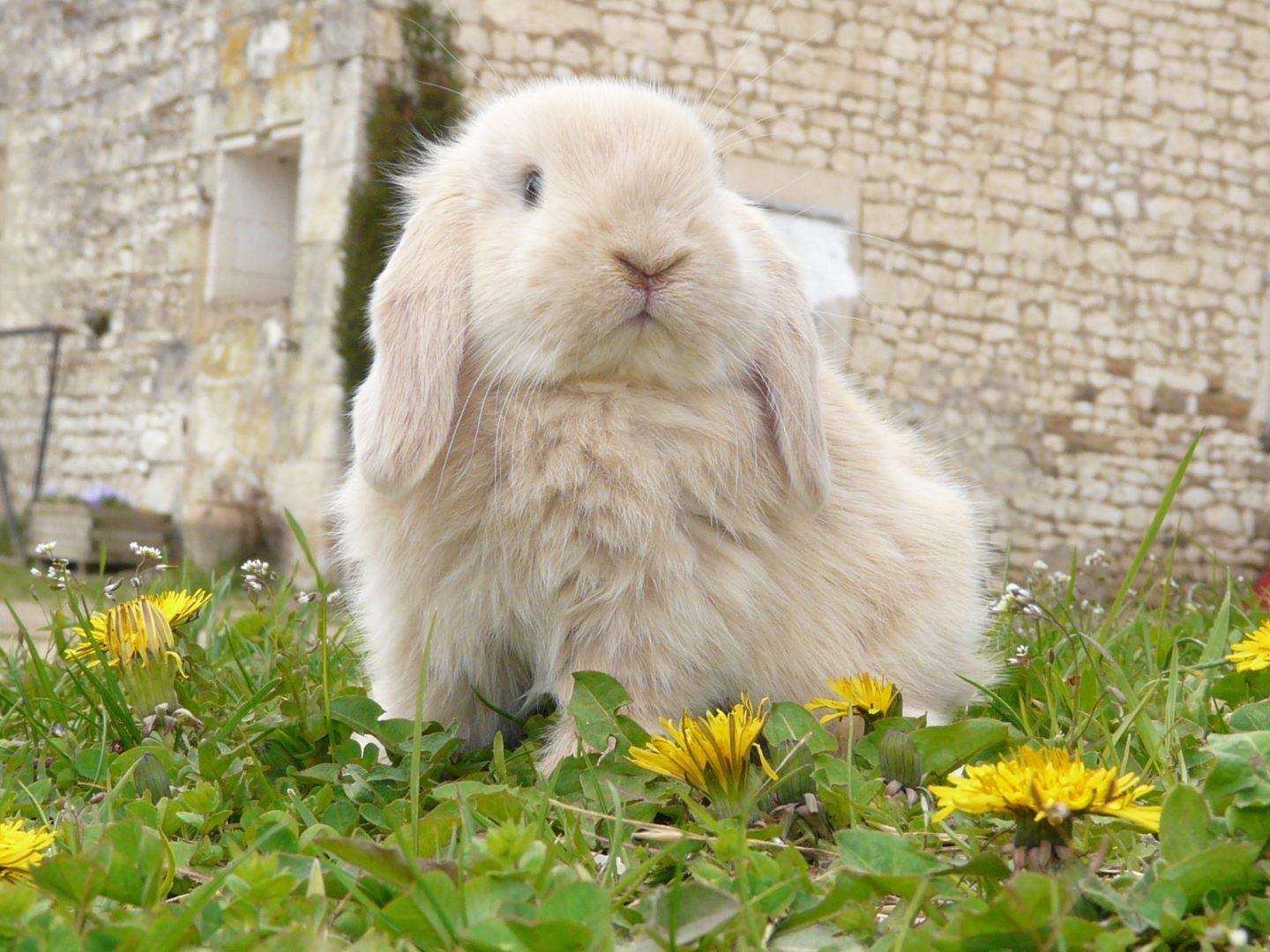 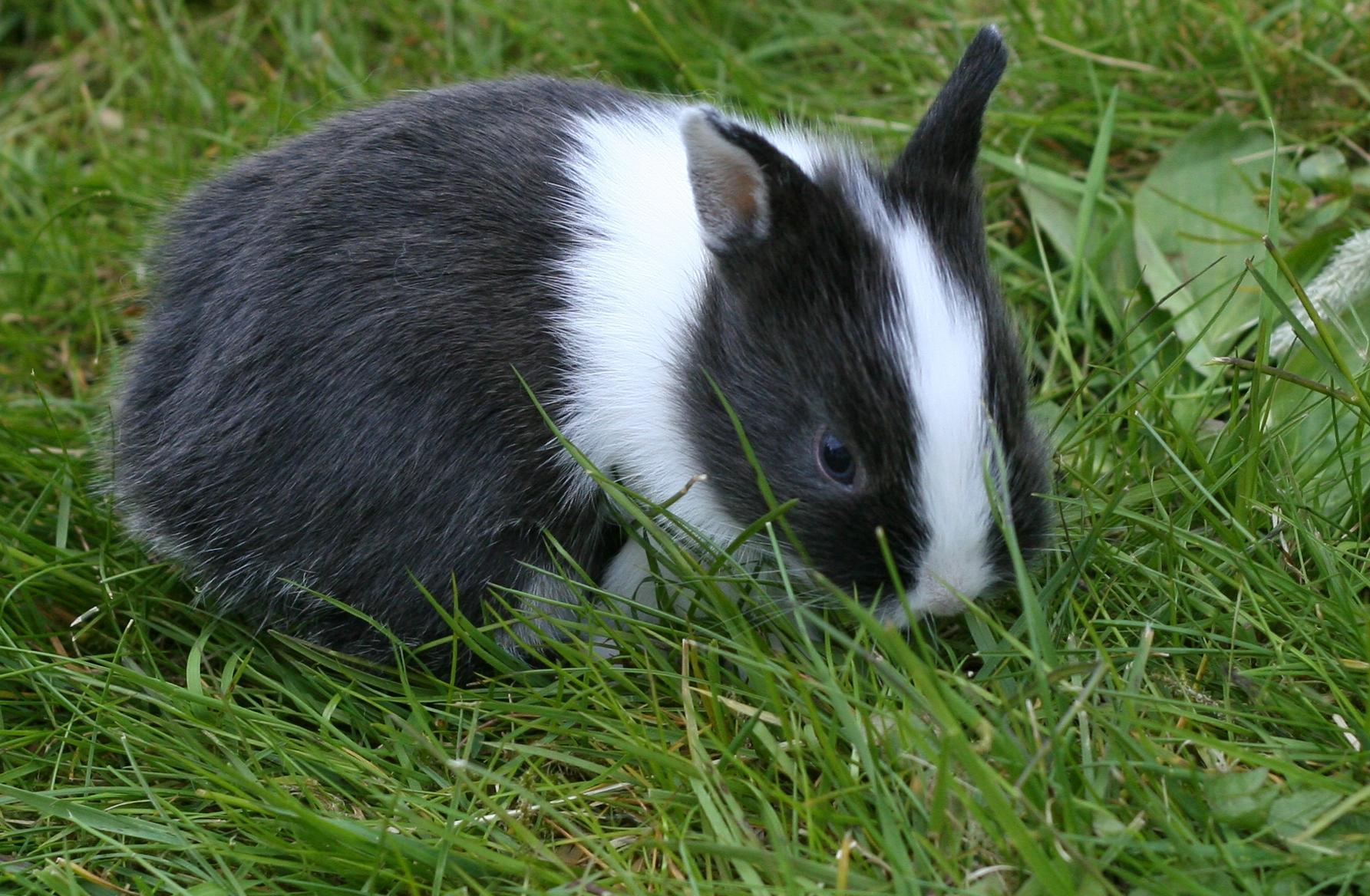 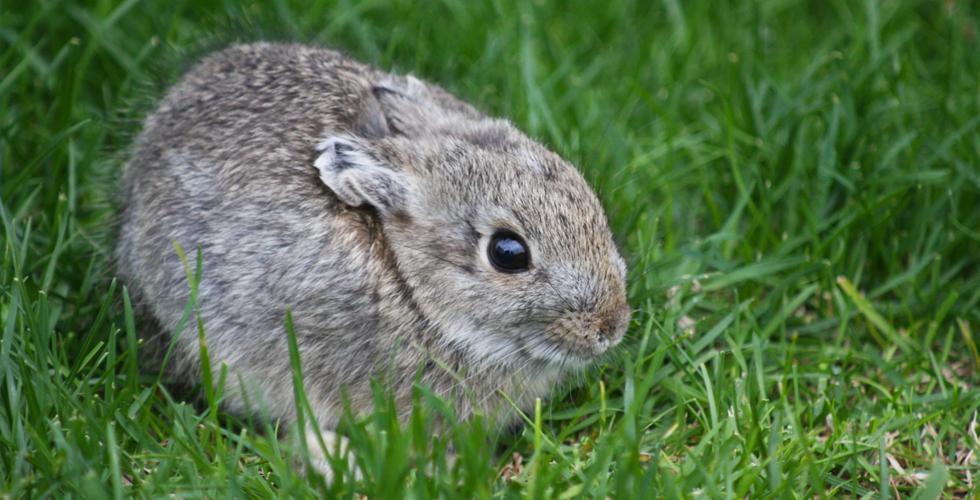 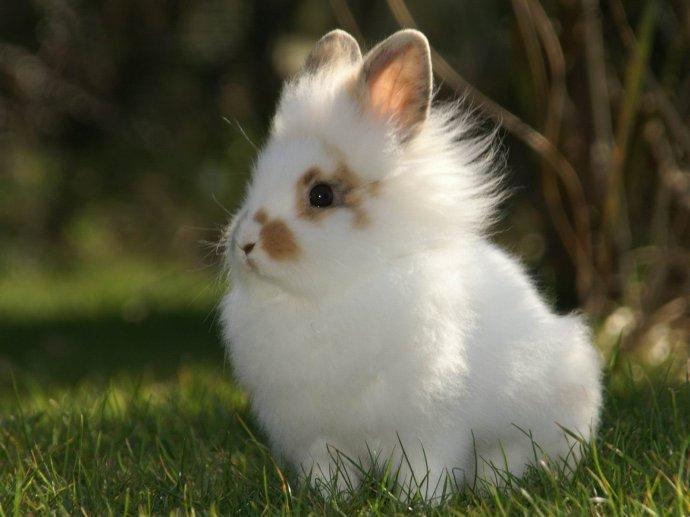 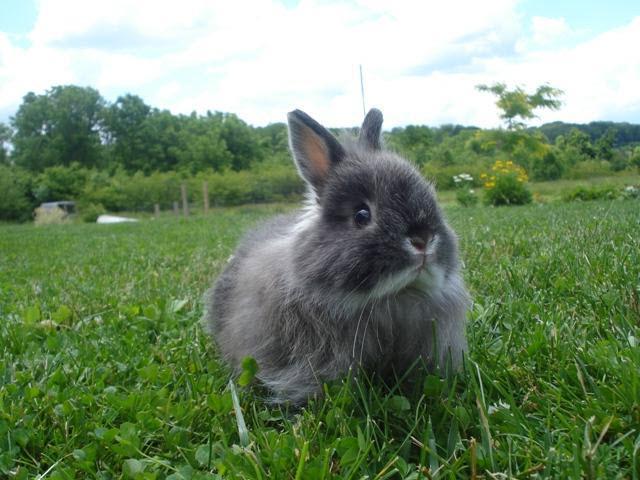 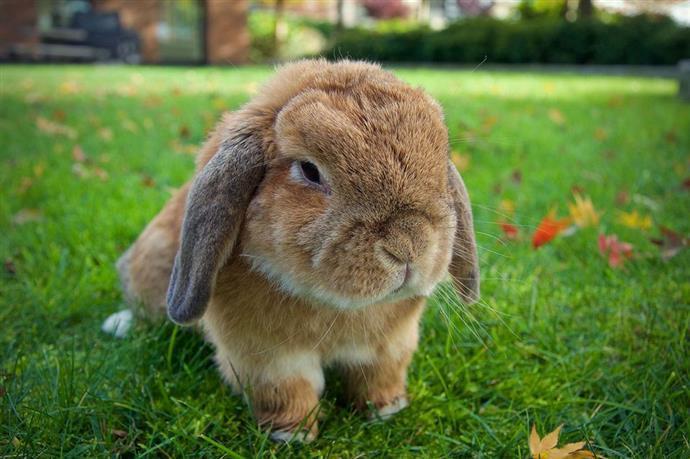 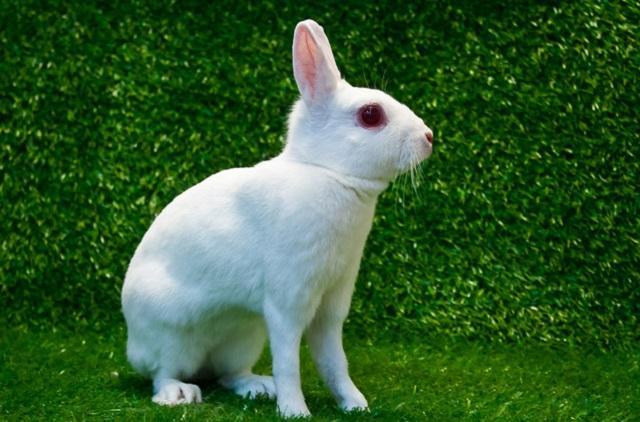 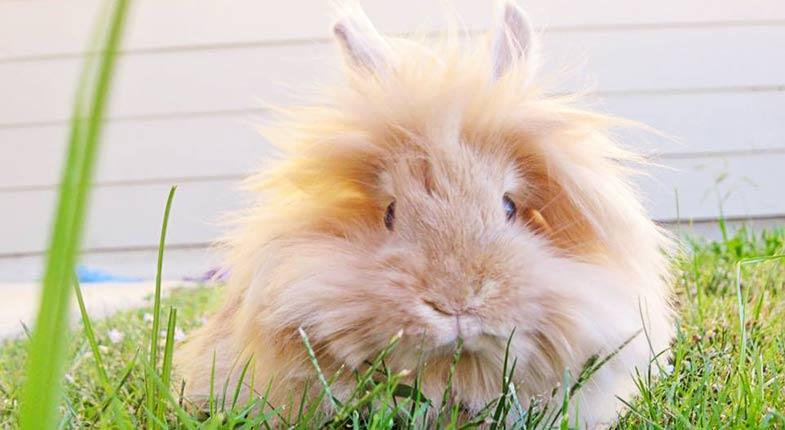 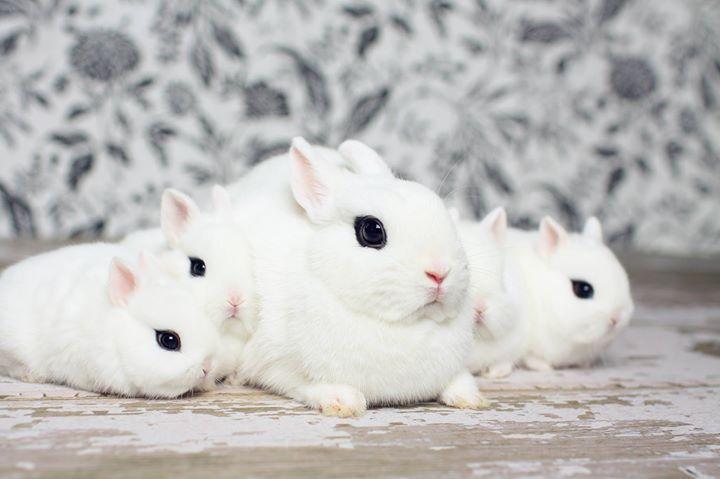