What Do Killer Whales Eat?

By Nick A. Romero, Biologist and environmental educator. September 28, 2022

The orca or killer whale (Orcinus orca) is a marine animal that belongs to the cetacean group (Cetacea). Although commonly called whales, they belong to the Delphinidae family, which includes dolphins. Killer whales live in all the oceans of the world and migrate from place to place depending on the availability of food. Killer whales have one of the most diverse diets of any marine mammal, and their diet is highly dependent on where they live and what food is available in that environment.

Continue reading this AnimalWised article to learn what killer whales eat, how they hunt, and if they also eat humans.

How do killer whales feed?

Killer whales are the largest members of the dolphin family. Males are usually between 20 and 26 ft (6 to 8 m) long and weigh more than 6 tons. Females are smaller, frequently reaching 16 to 23 feet (5 to 7 meters) in length and weighing about 3 to 4 tons. Killer whales are apex predators because they have no natural predators. Orcas are also among the fastest swimmers among marine mammals, reaching speeds of up to 30 miles per hour.

Their social structure is complex, consisting of groups of up to 50 individuals, both males and females of different ages. They also have a complex communication system that they use very efficiently to convey different types of messages. Their sophisticated hunting techniques and song behavior, which are often group-specific and passed down through generations, have been described as expressions of an animal culture.

Killer whales are excellent hunters and are considered exceptionally successful predators. To feed primarily on large marine animals, they hunt in groups, rely on their streamlined bodies to move at high speeds, and also use their communication system and strength. This super predator has various hunting techniques. It is favored by its own constitution and strength, but also by its intelligence and social behavior.

As carnivorous marine mammals, killer whales consume meat from a variety of species in their habitat. Because there are several ecotypes of killer whales, their feeding habits are closely related to the geographic area in which they occur and to their population. Thus, killer whales in a particular region may specialize in hunting and eating a particular prey.

In the wild, orcas are not considered a threat to humans, and no fatal attacks on humans have been reported. Nevertheless, there have been cases of orcas in captivity killing or injuring their handlers at marine theme parks. A number of indigenous cultures attribute important roles to orcas in their mythologies, and their reputations range from the soul of humanity to merciless killers.

If you want to learn more about these amazing predators, do not miss this other article where we explain if killer whales are actually whales.

What do baby killer whales eat?

As we mentioned earlier, orcas are mammals, so the calves feed on their mother's milk when they are born. Calf births occur throughout the year, and only one calf is born at a time.

Fat is an efficient source of energy to fuel the calf's high metabolism, and killer whale milk is very high in fat. The fat content of killer whale milk varies as the calf develops. The high-fat milk is an adaptation of the calves, so they can quickly build up a thick, insulating layer of blubber.

Calves nurse for about 5 to 10 seconds at a time, several times an hour, 24 hours a day. As a calf becomes more adept at getting more milk at each feeding, the nursing time shortens dramatically.

In the first few months of life, the mother also teaches the calves to hunt smaller prey, so they alternate between feeding on the mother's milk and the animals they hunt.

When the killer whales are weaned, they join the group in hunting. Although killer whales are already independent of their mothers, they generally remain in their own group as adults. However, males of reproductive age seek out other groups to mate with females that are not part of their family group.

What do adult killer whales eat?

Killer whales are carnivores whose diet is highly diverse and largely dependent on their habitat and the environment in which they live. Despite some differences in diet, most killer whales feed on fish, cephalopods and marine mammals. In fact, the total number of species they consume worldwide is estimated at 140.

Among their most common prey, we find:

Occasionally, they may also eat:

However, the food preferences of different populations of killer whales are well known.

A well-known method used by killer whales when hunting sharks is to flank the shark and swim under it, forcing it to move to the surface of the sea to limit its ability to escape. The killer whales then attempt to ram the shark or strike it with their tails to turn it upside down. This temporarily paralyzes the shark, so they can attack it without fear of being attacked by the defenseless shark.

The most common shark species that eat killer whales are the following:

In recent years, killer whales have been found to attack and eat the liver of white sharks, one of the most feared predators in the oceans. These interactions between these two predators affect the food chain in places such as South Africa. As a matter of fact, killer whales drive sharks away from elephant seal colonies in the Farallones, to the advantage of elephant seals, the main prey of great white sharks.

White sharks were attacked by killer whales in 1997 in the same area, causing almost the entire population of almost 100 to leave early, even though it meant forgoing the annual elephant seal feast.

Killer whales not only attack sharks, but have also become accustomed to removing their livers. There is evidence that some killer whales know the exact location of the liver and are able to remove the organ through the open wound in an almost scientific manner.

Killer whales probably attack shark livers directly because they contain a lot of fat and are tasty. And great white shark livers, which are essential for maintaining swimming ability, are a hearty meal of about 270 kg of meat.

There is no record of an orca ever killing a human in the wild. This is because humans are not part of their natural diet. Occasionally an orca may mistake a human for something it is eating, such as a seal, as has happened with some surfers, but the attack has never been carried out.

In recent years, however, there have been some reports of non-fatal attacks by these whales on boats off the coast of Spain and Portugal. However, marine biologists who investigated these incidents believe the whales were playing with the boats by aiming for the oars and pushing the boats around.

In certain parts of the world, however, there have also been fatal attacks on humans, but all were caused by orcas in captivity that eventually attacked their keepers. It is important to remember that animals living in captivity and subjected to non-natural training can affect their behavior.

You may be interested in this other article, where we discuss whether killer whales really kill.

If you want to read similar articles to What Do Killer Whales Eat?, we recommend you visit our Healthy diets category.

What Do Killer Whales Eat? 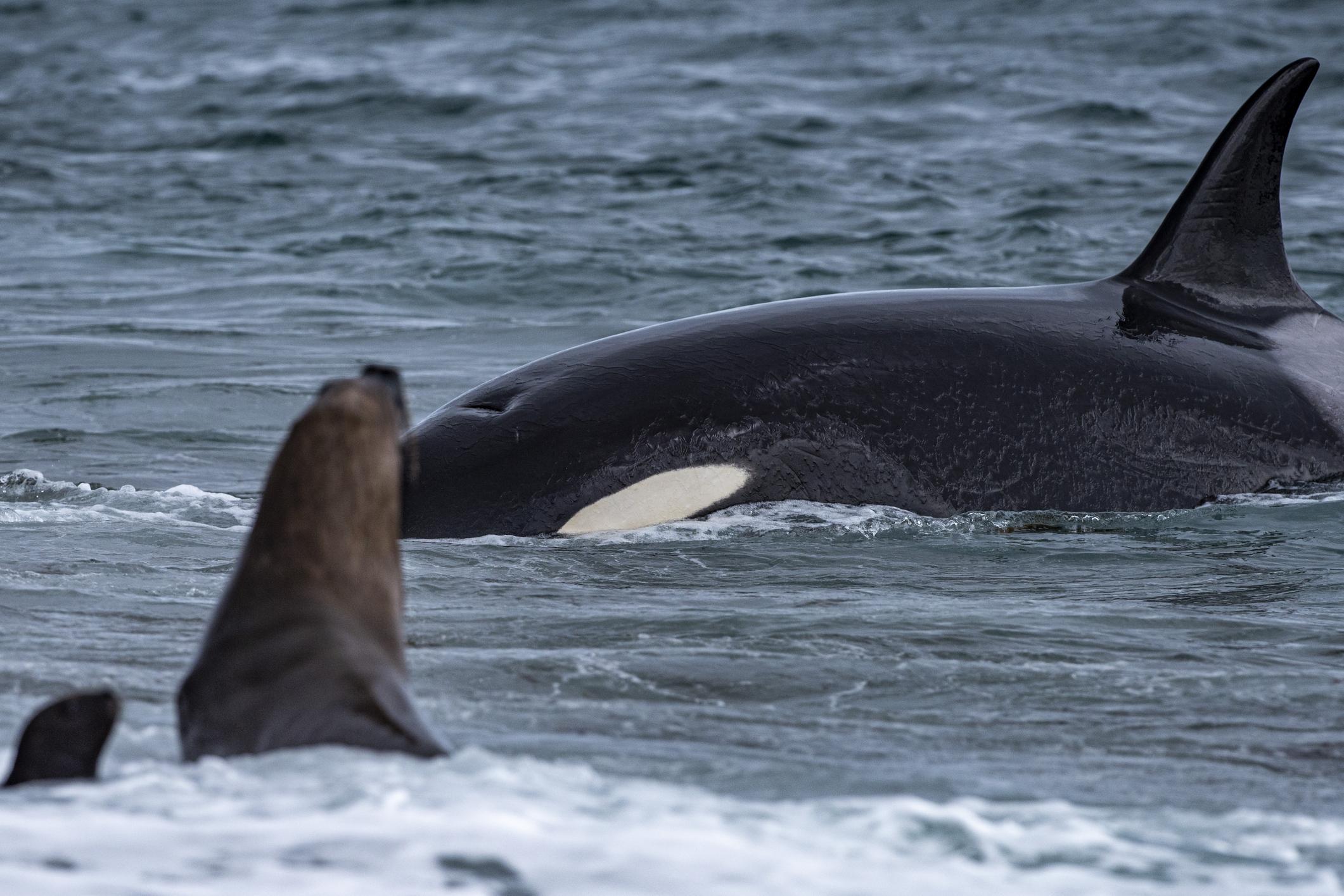 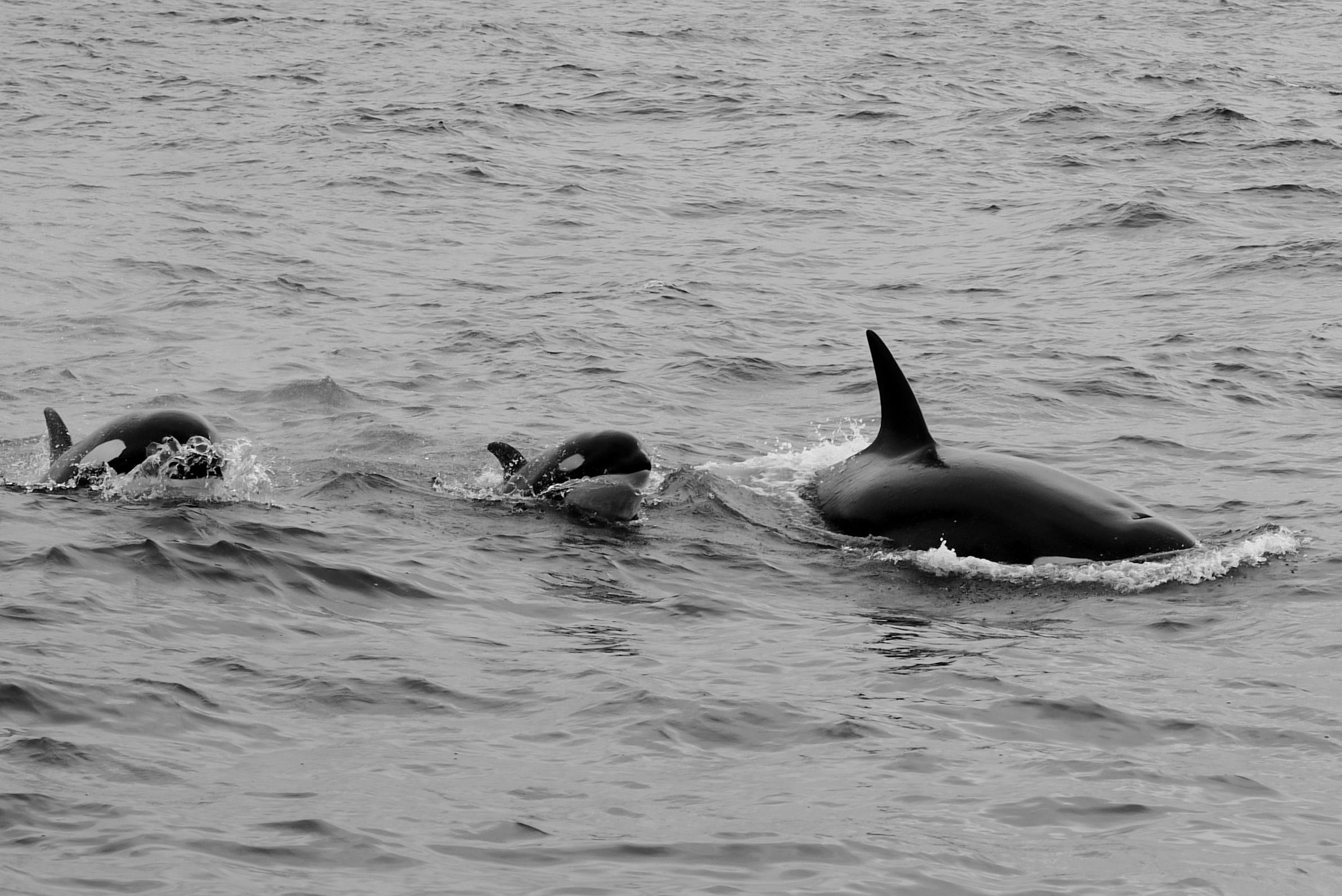 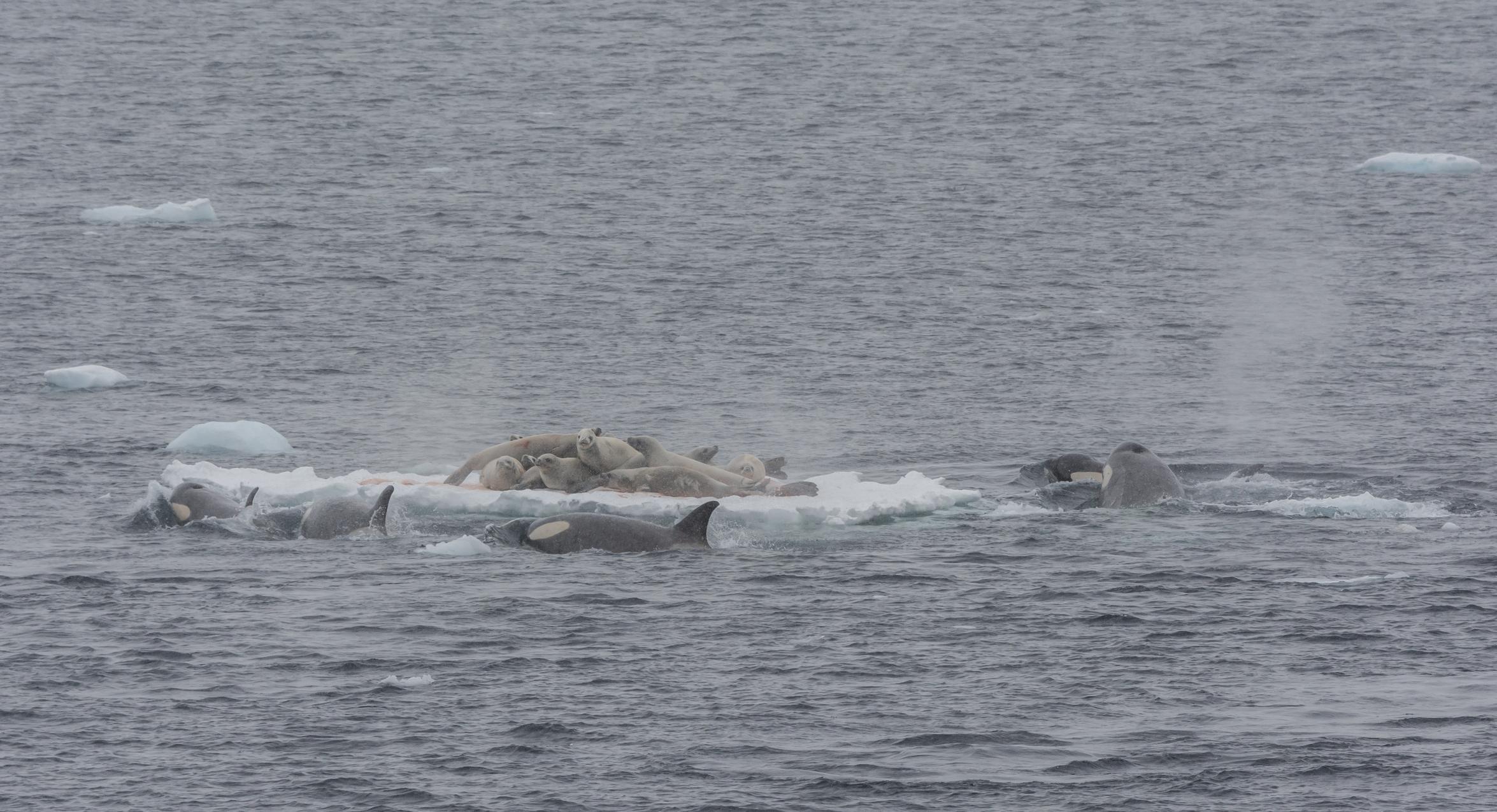 1 of 3
What Do Killer Whales Eat?
Back to top