Is a Killer Whale a Whale?

By Nick A. Romero, Biologist and environmental educator. February 10, 2022

The term killer whale is partly very apt. Although beautiful and fascinating marine mammals, they are intelligent and prolific hunters. Although they survive only in water, they are able to catch prey from land close to the water's edge. Their massive strength, sharp teeth and great intelligence make them killing machines for various prey, including animals much larger than themselves. In fact, they are an apex predator as they have no natural predators in their habitat. They are also called orcas, something which can help us to understand why the name killer whale is only half right.

At AnimalWised, we answer the question is a killer whale a whale? We find out the answer and show how it can better help us to understand the animal kingdom.

Cetaceans are animals of the infraorder Cetacea. They are all mammals which have exclusively aquatic habits, meaning they only live in water. This is mostly, but noy exclusively, saltwater. The greatest diversity of cetaceans can be found in the earth's oceans, but some species do live in freshwater and even brackish water ecosystems.

In the animal kingdom, it is common to refer to a taxonomic group as a more general name. For this reason, many people refer to cetaceans as whales. However, this is a generalization. The infraorder Cetacea contains not only whales, but also include dolphins and porpoises.

This taxonomic categorization is further complicated by the fact not all whales are even whales. By this, we mean there are animals which have the given name of ‘whale’, but which are not actually considered true whales. There are two categorizations which can help us to better understand these groupings:

The difference lies in the absence or presence of teeth. Cetaceans without them use a filtration system to eat smaller aquatic animals, while toothed whales can bite and hold on to their prey to kill them.

The killer whale is a type of toothed whale, more specifically, they are a dolphin. While they share share some characteristics of other whales, they are physically closer to other dolphin species. It is helpful to make this distinction so that we can better understand these animals. However, it is also important to note that even the term whale is a rather informal categorization with various correlations.

Learn more about the classification of these animals with our article on the different types of whales.

Why is the orca called a killer whale?

As we have mentioned, orcas have been identified with the fearsome moniker of killer whales. This term is associated with their proficient hunting ability. They are extraordinary predators, not only as individuals. They can carry out this activity in a group with great coordination and precision.

Killer whales can feed on a wide variety of marine animals, which they efficiently chase and capture. They are capable of eating at least 45 kg of prey per day, but they can ingest larger quantities. This gives us some idea of their predation capacity. Their prey includes various animals, including:

Although killer whales in the wild have very rarely made attacks on humans, there have been occasions when orcas have done so. When they occur, it is generally believed the humans were mistaken for prey. The lack of clarity is because there are no reports of orcas chasing humans for food.

The most common attacks of killer whales on humans have been with individuals in captivity. Some of these have been fatal. The conservation of orcas is a widely publicized issue, with these attacks being a large part of the narrative. Killer whales are wild animals which will have a better life in their natural habitat. Although it is possible to train them and humans have developed significant bonds with orcas, capturing them for captivity is harmful.

There is another important feature of toothed whales which helps prove this point. Toothed whales, including dolphins such as the orca, use echolocation. This is a very sophisticated system which allows whales to track members of their group over long distances. It is also used to chase and catch prey, sometimes tracking them over kilometers of distance.

Although there may be cases when killer whales have been kept in captivity for conservation reasons, they are often enclosed for entertainment purposes. They have echolocation over long distances because they are expected to live in vast environments and travel. They are a pack animal which live in close-knit pods. They are gregarious, so separating them from their pod will cause them harm.

To learn more about orca behavior, take a look at our related article on whether killer whales really kill.

Differences between killer whales and other whales

Now that we know that killer whales are not technically whales, let's find out some of the differences between killer whales and other whale species. They include:

Killer whales are listed as data deficient in terms of conservation status by the ICUN. However, there are many threats to their populations and orcas have been found on shores with large amounts of plastic waste inside them. Overfishing and a vast reduction in their prey are serious issues. Learn more about marine animal conservation with our article on marine animals in danger of extinction.

If you want to read similar articles to Is a Killer Whale a Whale?, we recommend you visit our Facts about the animal kingdom category.

Bibliography
Where Do Killer Whales Live?
Different Types of Whales
Are Whale Sharks Dangerous to Humans?
How Do Whales Breathe?
Related categories
Endangered animals
Most read
1.
What Animal am I According to my Zodiac Sign?
2.
What Does It Mean When a Cat Shows Up at My Door
3.
10 Most Beautiful Animals in the World
4.
Why do Dogs Get Stuck when Mating?
5.
Animals With Scales - Full List
6.
Examples of Vertebrate and Invertebrate Animals
7.
Differences Between Deer, Elk, Moose and Reindeer
8.
Can Cats Absorb Negative Energy?
Why Do Dead Whales Explode?
What Is the Largest Fish in the Ocean?
Why Do Orca Fins Bend in Captivity?
Aquatic mammals List - Characteristics And Examples
Which Are the Largest Whales in the World and How Big Are They?
Is the Megalodon Still Alive?
List of Cetaceans - Meaning, Types And Characteristics
The Top 10 Fastest Sea Animals

Is a Killer Whale a Whale? 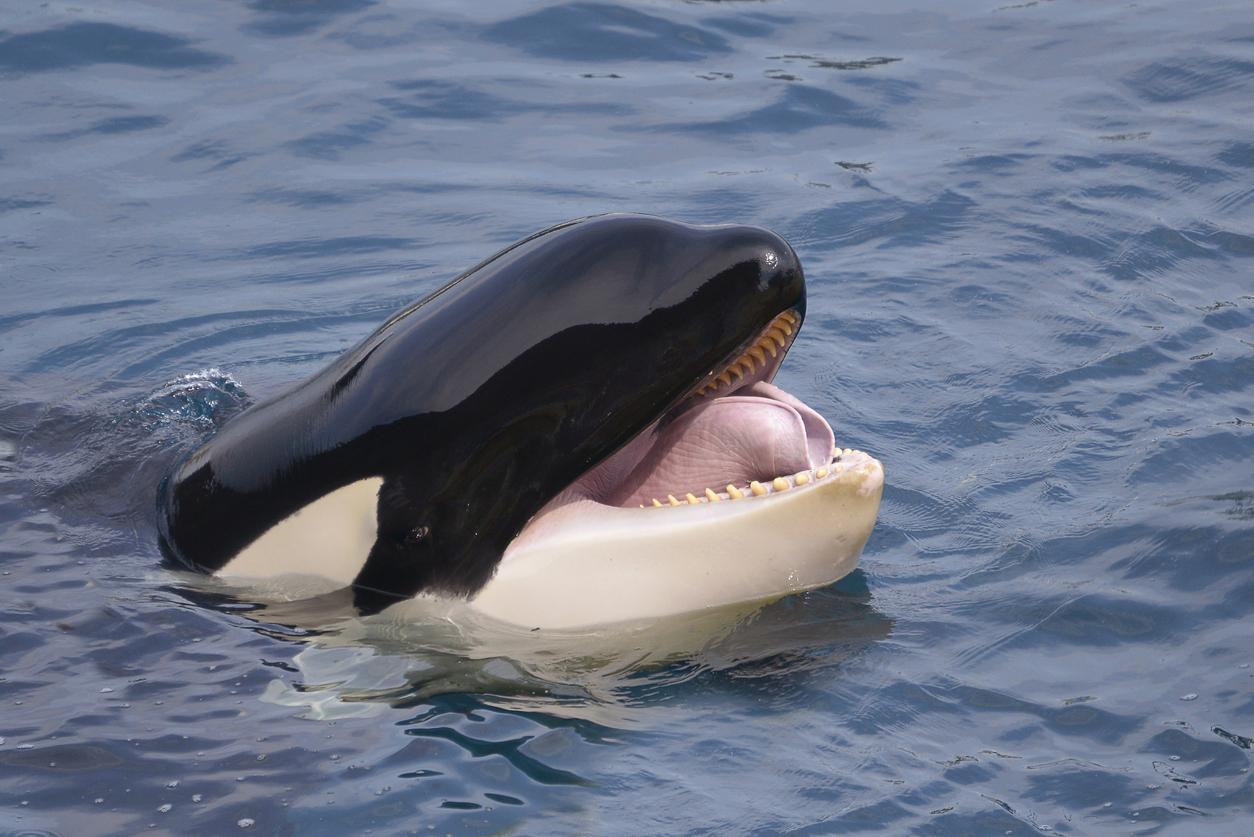 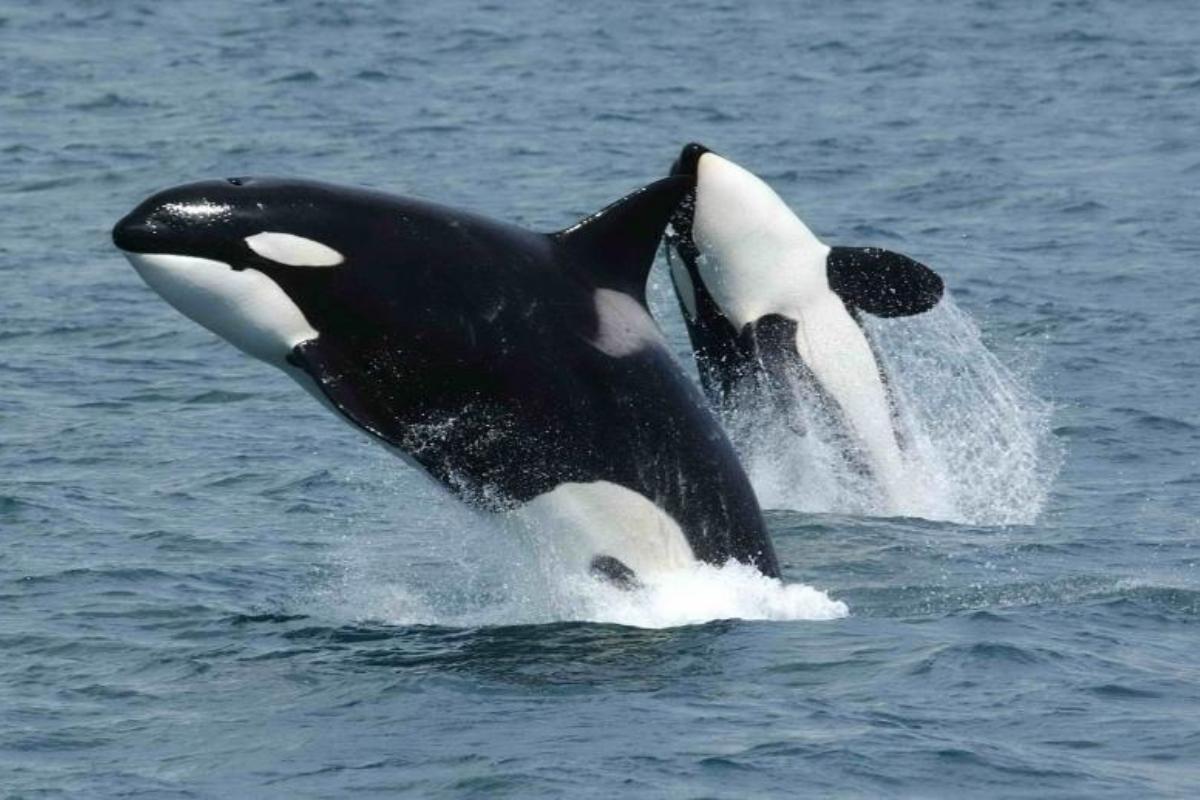