What to Do if My Dog Bites Another Dog? 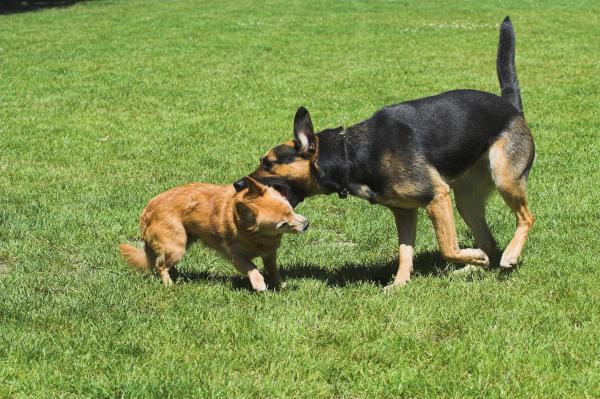 When dogs fight, it is not necessarily to do harm, but only to ensure dominance. Whatever the cause, it is always very unpleasant to witness a fight between two or more dogs, especially if your beloved dog is one of the participants. The best way to solve the problem in such cases is to learn to read the language of animals and anticipate attacks. Any signs of tension between the dogs should be resolved immediately.

In the following AnimalWised article, you will learn what to do if your dog has bitten another dog.

You may also be interested in: What to Do if My Cat is Stressed
Contents

Why does my dog bite other dogs?

There are many reasons why a dog may attack other dogs, and the first step before intervening is to determine the cause of the behavior so that it can be prevented and worked on if necessary. Keep in mind, however, that not all attacks are necessarily due to an aggression problem.

Below, we explain some of the most common reasons why a dog might bite another:

Although dogs are social creatures, that does not necessarily mean they get along with every member of their species. Sometimes conflicts can arise, especially when two or more dogs are introduced. Read this other article for tips on how to properly introduce two dogs.

What to do if my dog bites another dog?

On many occasions, encounters between two dogs are limited to a series of growls, marks, and quick and sudden movements that they use as a means of communication. These fights may occur, for example, when one or both animals are stressed or overstimulated, or when valuable resources are at stake. Usually, one of the two dogs eventually leaves the area and ends the conflict.

However, under certain circumstances, a real fight may occur between two or more dogs. If your dog attacks and bites another dog before you have time to intervene, you need to know how to act quickly and accurately to prevent the situation from escalating.

Here are some tips to help you know what to do if your dog bites another dog:

You also need to be extra careful about so-called distracted bites, since the dogs can bite you involuntarily in a moment of great stress or frustration.

Aggression in dogs may be due to guarding a territory, resources, or family member, fear, frustration, prey drive, or pain. Read this other article to learn more about the causes and solutions for a dog's aggressio toward other dogs.

What to do if my dog bites another dog?

Once both animals have been separated, it is time to assess the extent of the injuries. Both you and the handler of the other dog need to examine your dogs well, gently touching their bodies and remaining calm to reassure them at the same time. If your dog is very nervous and will not allow you to touch them, walk them a short distance away to a quiet area and give them some time to recover from the stress of the situation.

Once this is done, talk to the handler of the other dog to clarify the situation. Try to remain calm and understanding, as the other person will likely be frightened, and it is better to avoid an argument. If your dog has not caused any injuries to the other animal, or if they are superficial, it is very likely that the other guardian is simply asking you to pay for the veterinary expenses. However, it is also possible that they will decide to involve the police to file charges against you. In this case, you must cooperate with the police and provide them with the information they request.

The police will request both your records and those of the animal and will check, among other things, that there are no criminal records and that the dog has been properly vaccinated. In cases where your dog is considered "potentially dangerous," the police will also check to see if you have liability insurance. It will also check whether all related requirements were met at the time of the attack (for example, whether the animal was tethered or wearing a muzzle).

Usually, you will then have to pay a fine at least equal to the cost of counseling and veterinary treatment necessary until the injured dog is fully recovered. In some cases, you may also have to pay for further damages.

The police will probably tell you that your dog needs to undergo quarantine and behavioral testing if it has bitten other dogs multiple times, caused serious injury, or even caused the death of the other animal. This examination is done to assess the risk posed by the animal and to decide whether it is classified as a "PDD" (potentially dangerous dog), regardless of its breed. If the latter is the case, you should comply with the regulations for the ownership of potentially dangerous dogs.

Even if your dog is well socialized, another dog may pose enough of a threat to attack it. The dog will try to defend itself and may suffer a bite injury. Learn what to do if your dog has been bitten by another dog and has injuries

Will insurance pay if my dog bites another dog?

If your dog has bitten another dog, it is normal to wonder if any of your insurance companies will cover these costs. Owners of dogs that are considered potentially dangerous must now have liability insurance that covers personal injury or property damage that the animal causes to third parties.

Both homeowner's policies that include pets and policies that only insure dogs generally cover accidents caused by bites to third parties, both humans and other dogs. However, not all policies cover these costs, and some only cover a portion of veterinary expenses. Therefore, it is important that you carefully read the terms of the policy you choose before purchasing insurance.

Whether your dog has attacked another dog or you suspect it may do so, it is best to anticipate and avoid this situation. If the problem is that the dog has not been properly socialized, it is not too late to change that. We recommend that you see an ethologist or dog trainer to help you assess your dog's condition and establish a personalized action plan. This is especially critical if your dog attacks other dogs relatively frequently, as this is a serious issue that needs to be addressed.

Socialization is the process by which dogs learn to interact with other dogs, animals, and people. Through socialization, dogs learn to get along with other pets and to distinguish adults from children. A well-socialized dog is less likely to exhibit aggressive behavior or get into a fight. Learn how to effectively socialize your dog by reading this other article on puppy and adult dog socialization.

If you want to read similar articles to What to Do if My Dog Bites Another Dog?, we recommend you visit our Behavioral problems category.

Dog Jealousy - Signs And What to Do
Tips to Stop your Dog Biting the Furniture
How To Stop My Cat From Biting My Ankles
What to Do When Two Dogs Don't Get Along
Related categories
Basic educationAdvanced educationAnimal games and funSports
Most read
1.
Why is my Dog Pooping in the House Suddenly?
2.
Tips to Train an American Bully
3.
How To Stop My Cat From Biting My Ankles
4.
Why Is My Dog Suddenly Scared Of Me?
5.
How to Make a Pit Bull Release its Bite
6.
What Does It Mean When a Dog Lifts a Front Paw?
7.
How to Stop Your Dog From Peeing Inside at Night
8.
Best Time of Day to Walk Your Dog?
Why does my Adult Dog Bite my Puppy?
My Cat Hates My Dog, What Can I Do?
Why Do Rabbits Bite Humans?
My Dog Keeps Biting My Feet When I Walk
My Dog Bites Me When I Take Something Away
Why Does My Dog Bite Me When Playing?
How to Stop My Shiba Inu from Biting Me
How to Stop a Dog From Biting When Excited

What to Do if My Dog Bites Another Dog? 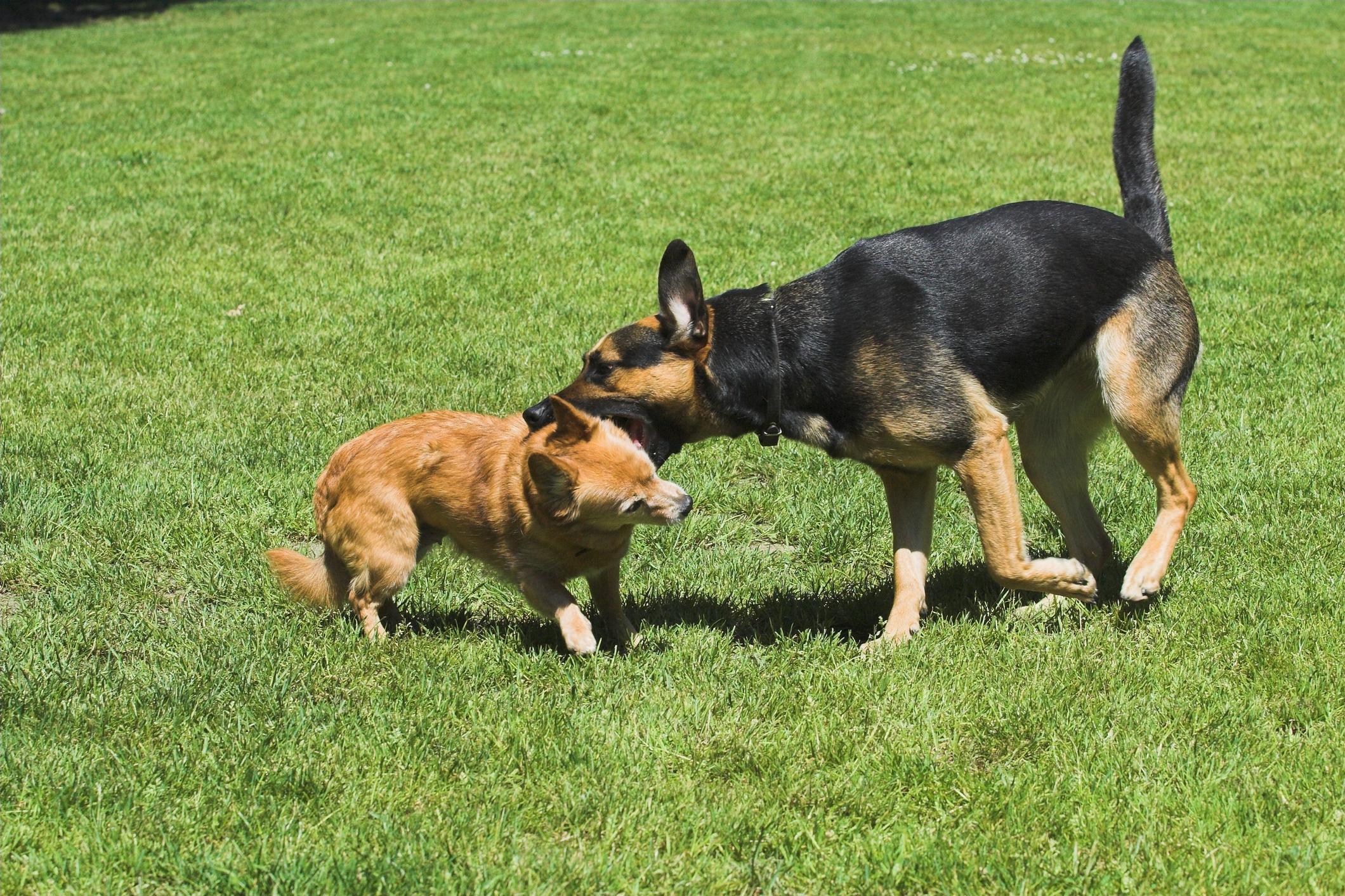 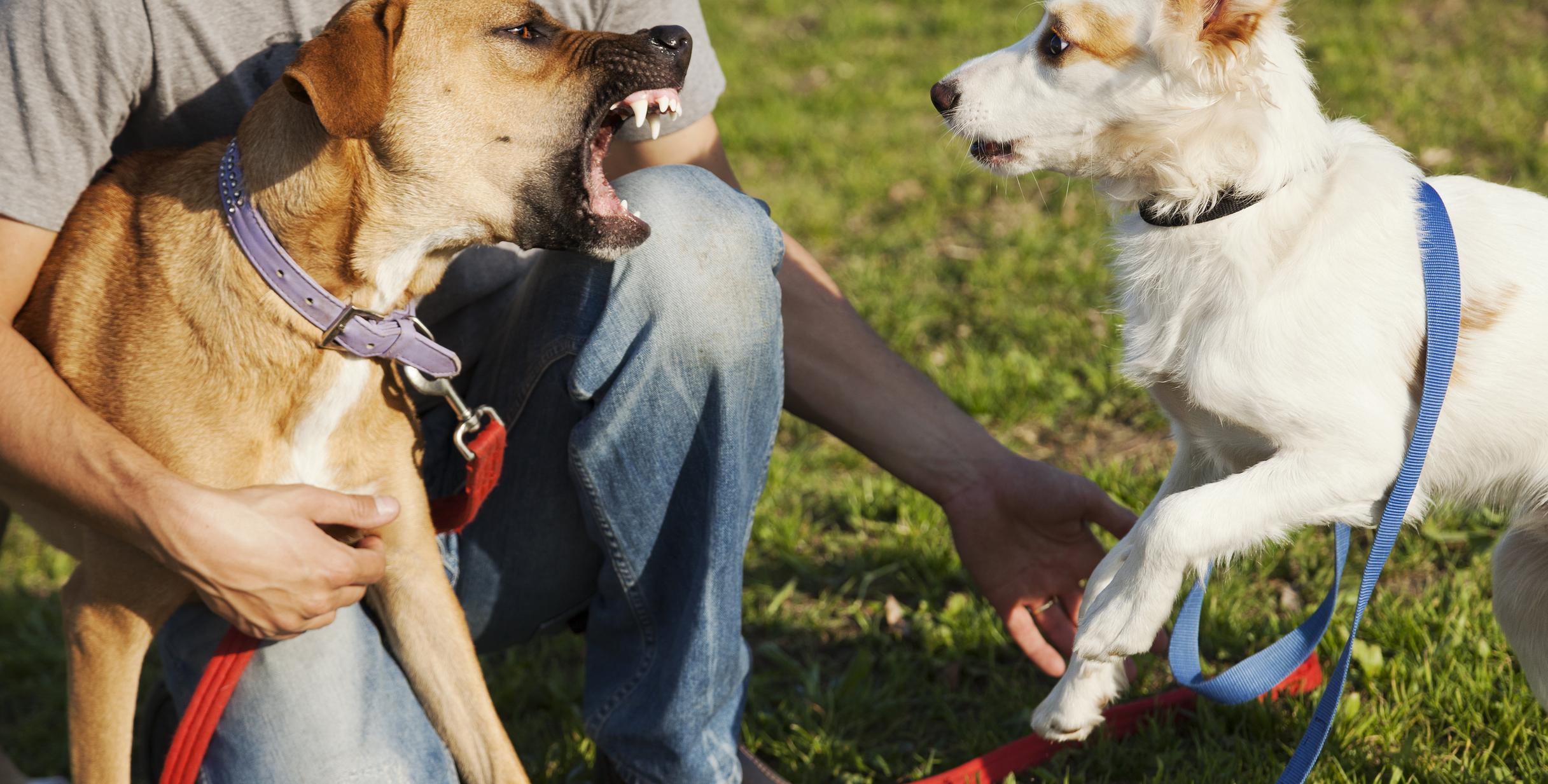 1 of 2
What to Do if My Dog Bites Another Dog?
Back to top