What to Feed a Baby Rabbit

Rabbits are increasingly popular pets. If you are new to being a rabbit owner, it is important to know that rabbits require different types of care depending on their age. For this reason, whether you have rabbit kits from a pregnant mother or have rescued some newborn rabbits, it is important to know how to look after them properly. Not to scaremonger, but feeding baby rabbits properly is a life or death situation. Without the right nutrients they won't have the energy to grow. They will also lack the nutrients required to fend off infection and can die from exposure to elements they would otherwise be able to defend themselves against.

You may also be interested in: Feeding a Baby Iguana
Contents

Before you decide what to feed a baby rabbit, you should ask yourself why are you feeding a baby rabbit? A rabbit mother should feed the baby rabbit for a variety of reasons. Firstly, their mother's milk naturally has all the nutrients they need to develop at this young age. They also use this time to socialize and the mother takes care of other needs other than just feeding.

Some people may take a few looks into the rabbit hutch and see that the mother isn't even near the rabbit kits. They may think this means the mother is not looking after the rabbits as they should. This is often not the case. Mother rabbits often don't spend a lot of direct contact with their babies, but they are still feeding them. This happens only once or twice a day and lasts around 10 minutes. It is perfectly possible that you simply haven't seen this happening and misconstrue the situation as the babies not being fed.

The only reason you should be feeding the baby rabbits yourself is because the mother is not around, is incapacitated or because the mother is aggressive towards the young. The reasons why a mother might be aggressive or even eat her young are not well understood, but it is believed it is because they feel they are unable to care for them. This might be because their environment doesn't seem safe or because they sense a predator is near. While there will be some sort of reason behind it, some rabbit mothers might simply turn against them without you knowing exactly why. If you think the rabbit kits are in danger, then you can choose to feed them yourself.

How to prepare milk for baby rabbits

If you are sure that the mother rabbit isn't able to take care of the litter, then you will have decided to look after them yourself. In doing this, you will need to prepare a milk formula to replace the mother's milk. Rabbit milk is one of the most nutrient rich in domestic pets. Your homemade baby rabbit milk formula needs to meet these standards while also ensuring to protect them from problems many baby rabbits face such as diarrhea, discomfort or other digestive problems.

Cow's milk is not a suitable replacement for rabbit milk, which is why you often use a baby rabbit formula which you can buy from the pet store as well as some veterinarian clinics. Goat's milk is used for homemade rabbit milk formula as it is more nutritious. To make the formula you will need to have 1 glass of goat's milk, 1 egg yolk and a teaspoon of honey. Mix together well and this will provide all the extra nutrients and calorific content you need.

This formula can be saved in the refrigerator for up to a week before you will need to make more. However, the milk needs to be warmed to at least room temperature (although not hot) as this will better simulate the mother's milk. The best way to administer the milk is to use a syringe with a nozzle. To administer the rabbit kit milk formula follow these steps:

The amount you give should gradually increase. Start with only 3 milliliters per meal twice a day for their first week of life. By the end of week 6 or 7, this should have increased to about 15 milliliters per meal. These are general guidelines as some rabbits may need more or less than others, so don't force feed them if they appear full.

If you see that a rabbit kitten does not have a round belly, it is likely they won't be getting enough milk (perhaps their siblings are monopolizing the teat). This is when you may need to intervene and give them some extra meals. However, don't just check once and see if their belly is not round. It could just be they are near their next feed. Compare them to the other kits. If none of them have round bellies, then this could mean there is a problem with feeding and they all need to be hand fed.

Ingesting hay brings many benefits for the young rabbits. It not only provides sustenance, but as a rabbit's teeth never stop growing, it also acts as a dental treatment. Not only this, but it aids digestion and prevents gastrointestinal problems in your bunny. We use hay in domestic pet situations as it mimics the grass they eat out in the wild.

The best kind you kind provide is grass hay or oat hay. However, during this weaning period when you are starting the baby rabbits onto solid food, alfalfa hay is ideal. This is because it has more protein and other nutrients than most hays. It is not recommended for an adult rabbit's entire feed as it is considered too rich. After 6 months, you should switch to a different hay.

To wean the rabbit onto solid food, you will need to start after 3 weeks of life. Introduce the hay, but don't force feed it and don't stop feeding with milk. As with all mammals, this is a gradual process of reducing milk intake and moving onto solid food. We also provide some information if your rabbit is unable or refuses to eat hay.

Rabbit pellets are helpful in improving the nutrient profile of your baby rabbits. However, you don't need much of them and moderate introduction is important. They also need to be good quality, so ensure you check the product information. Many claim to be good for your rabbit, but they may contain large amounts of fat, sugar or even too much protein. Discard any which contains seeds, nuts or similar.

The reason for adding pellets to your rabbits diet is so that they can add fiber, so this is the nutrient you need to ensure is most present. This will help them to avoid obesity, constipation, fatty liver, sugar addiction and, importantly, help aid digestion in general. When you want to introduce pellets into your rabbit's feed is after 5 weeks. Here follows some specific information about introducing solid food to newborn rabbits.

The stomach of these small mammals is very sensitive, so it is recommended you bring in different fruits and vegetables little by little. Don't just throw in a large group all at once otherwise, they will likely have stomach problems and/or diarrhea.

The most recommended vegetables for your rabbit are:

Introducing fruit is similar and must be done little by little so you can observe the reactions of the rabbit. You can also add small pieces of fruit like:

How to feed a baby wild rabbit

If you have rescued some wild rabbits which have been abandoned by their mother, then here we show you how to look after them. You need to make sure, however, that they need rescuing. Don't ever take wild rabbits away from their mother without good cause. The difference between looking after these wild rabbits and domestic rabbits is the fact they will be returned to the wild, so they can't become too dependent on you.

How to feed a baby rabbit without a mother

There are several reasons why your baby rabbit may be without a mother. The mother could have died, rejected the kits or even run off. If a newborn baby rabbit has been left without a mother and you have adopted them, here are the steps to follow when feeding:

Remember to slowly increase the millilters of milk as the baby rabbits develop, before reducing again as they wean onto solids. Also, there are foods which rabbits shouldn't eat, so ensure you are careful.

How to feed domestic baby rabbits

After 8th week and up to 7 months of life, the final stage of growth occurs in domestic baby rabbits. This is their adolescence before becoming adults. Up to three months of age, the majority of food will be milk, alfalfa hay, occasional pellets and slow introduction of fruit and vegetables.

From the fourth month on, portions of raw food increase to gradually replace the milk feed. By seven months old, your rabbit can now feed as an adult. If you offer a varied diet of hay, fruit and vegetables, vitamin supplements will not be necessary. However, ensure to check with your vet at this time so that they can checkup that the rabbit is getting enough nutrients. They may recommend supplements if they are malnourished. Also, remember to replace alfalfa hay with appropriate hay for adult rabbits.

Never forget to also have plentiful amounts of fresh water during all stages of life, although be careful when they are very young as their immobility can mean they drown in deep water bowls. Also, keep their general health in check by observing behavior and demeanor. Also, check with your country's guidelines on whether there are mandatory vaccinations for them.

If you want to read similar articles to What to Feed a Baby Rabbit, we recommend you visit our Lactation category.

How to Feed a Newborn Kitten
Weaning Kittens - Kitten Feeding Guide
How to Help a Kitten Defecate
Diet for a Prematurely Weaned Puppy
Related categories
Diet problemsHomemade dietsDiets to lose weightHealthy dietsDiets to gain weight
Most read
1.
Why Does My Dog Only Eat Once a Day?
2.
What is the Best Diet for a German Shepherd Puppy?
3.
Tortoise Food List - What They Can and Can't Eat
4.
What to Feed a 1 Month Old Kitten - Bottle Feeding and Amount
5.
How Much Food Should You Give Your Dog?
6.
How Much Food Should I Feed My Cat?
7.
How to Cook Chicken for Cats
8.
My Dog is Too Skinny But Still Eats a Lot
Mother Cat is Not Producing Milk
Making Egg Food for Goldfinches
Homemade Newborn Puppy Formula
Feeding A Dwarf Rabbit
What Do Baby Birds Eat? - Feeding Chicks
What to Feed a Pet Hedgehog
What to Feed a Pet Fox
Can Rabbits Eat Bananas?

1 comment
Rating:
Tracy migwi
21/09/2020
Hello. I am a young farmer from Kenya and I have found this article very helpful.During the weaning period I used to feed my baby rabbits with pellets only but through your article I now know there things that ill have `to change and areas to improve on.

Thank you for the comment and good luck in raising your bunnies!
What to Feed a Baby Rabbit 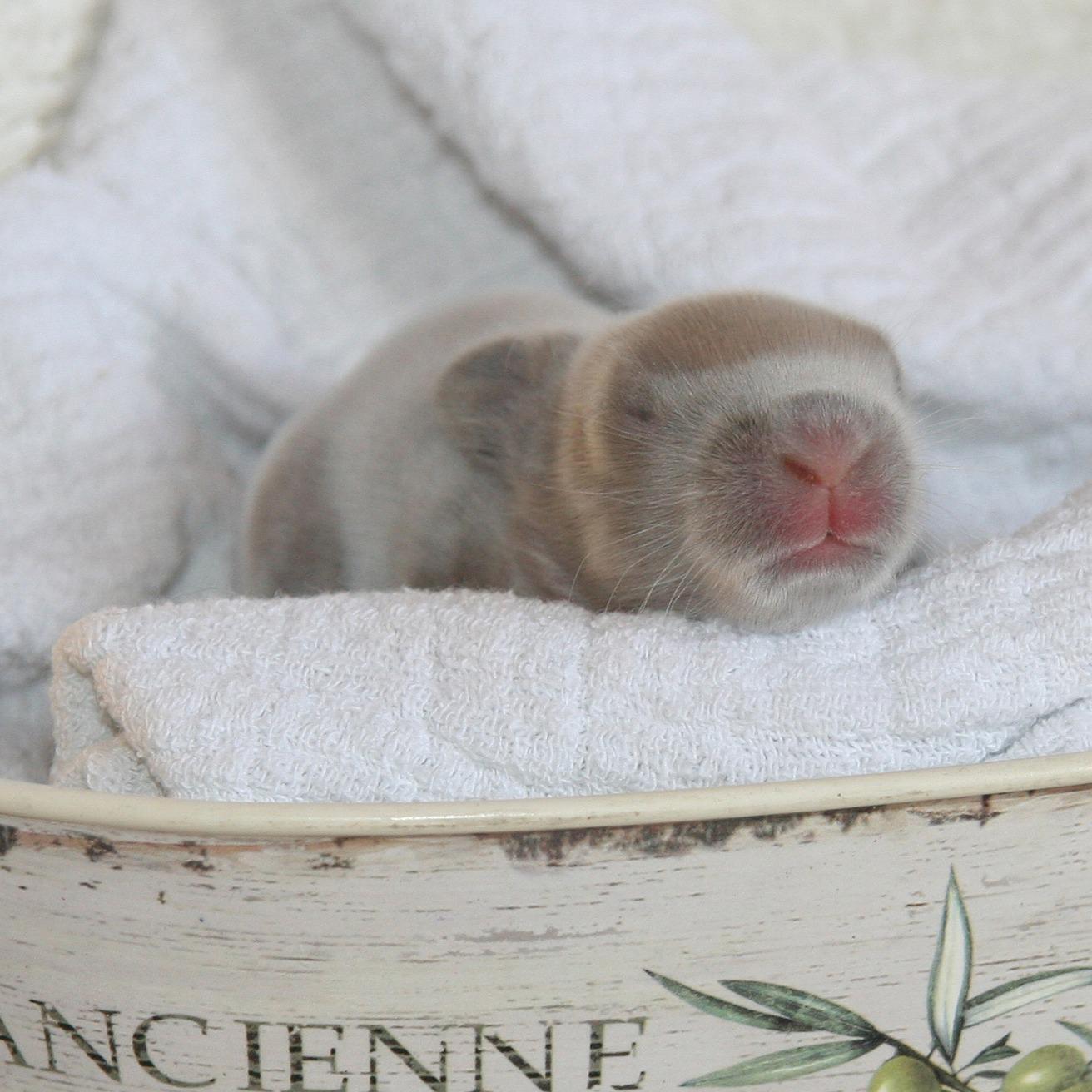 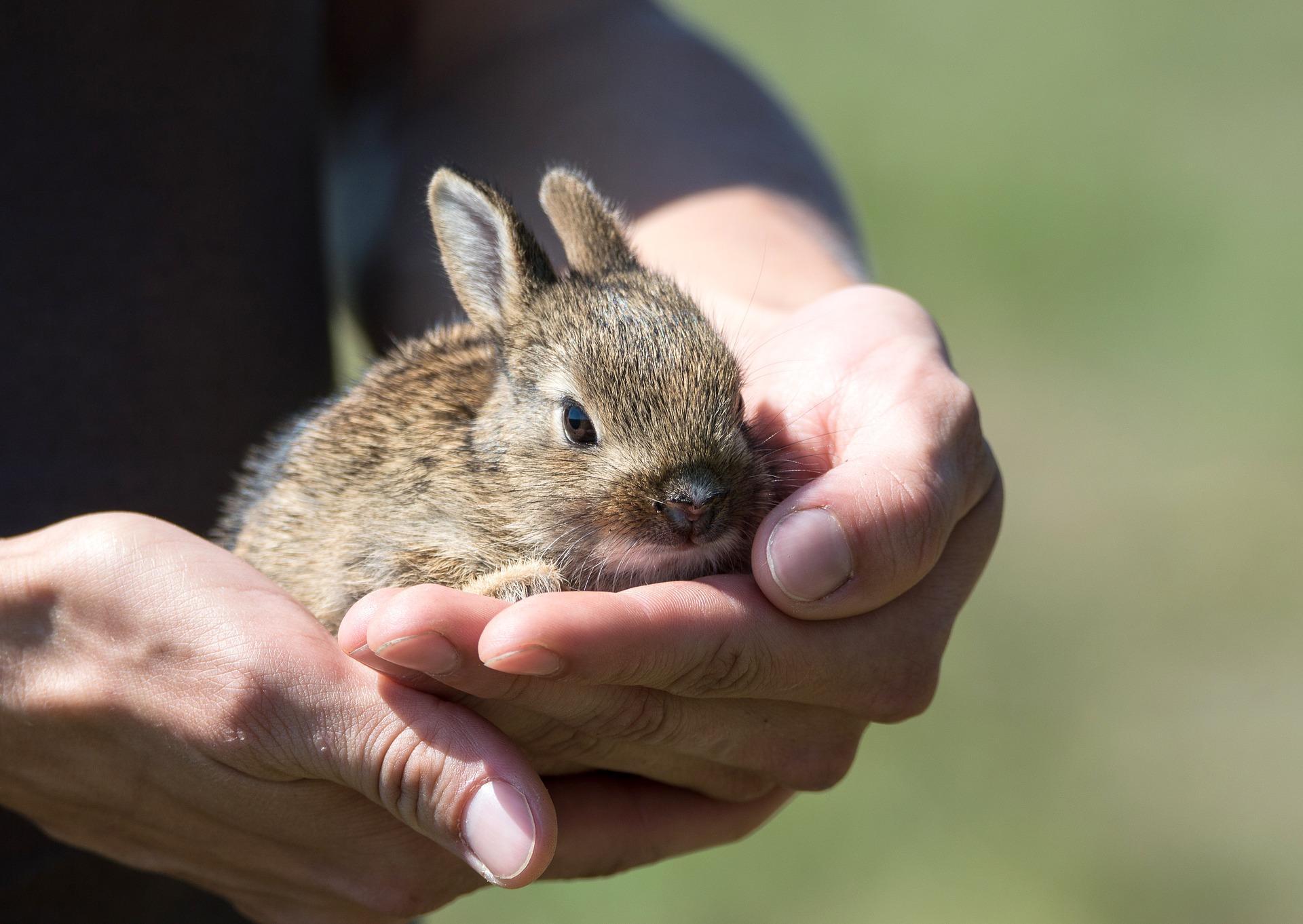 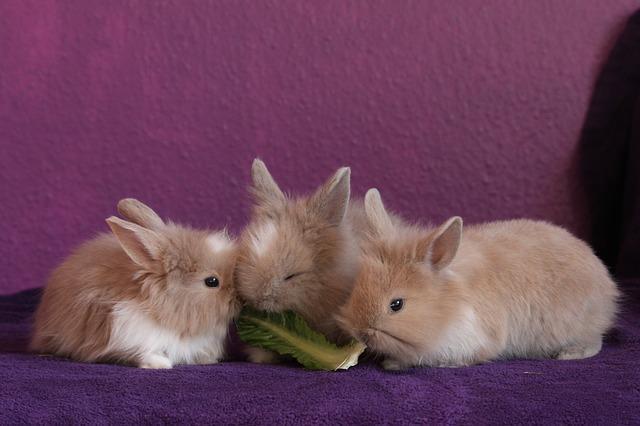 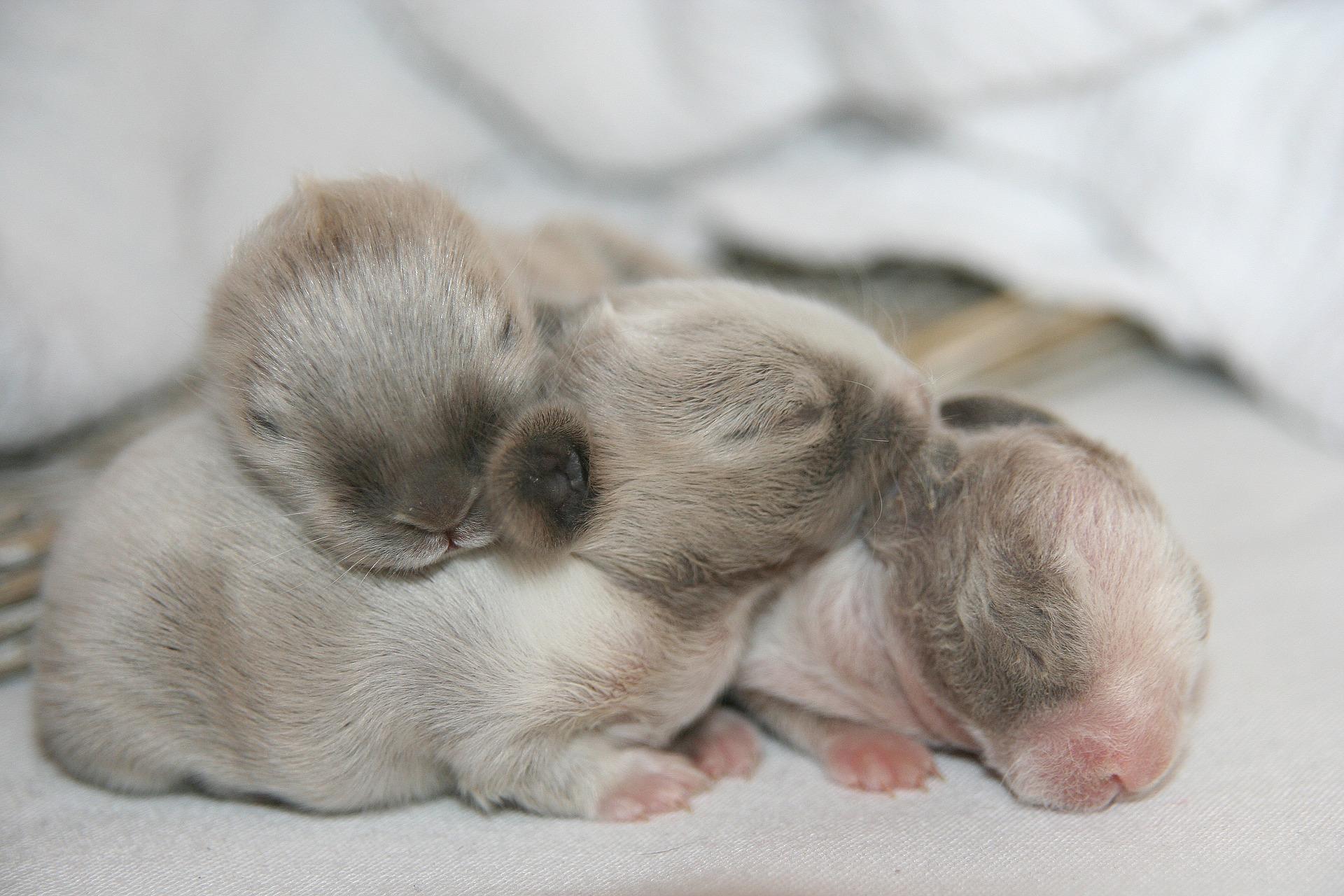 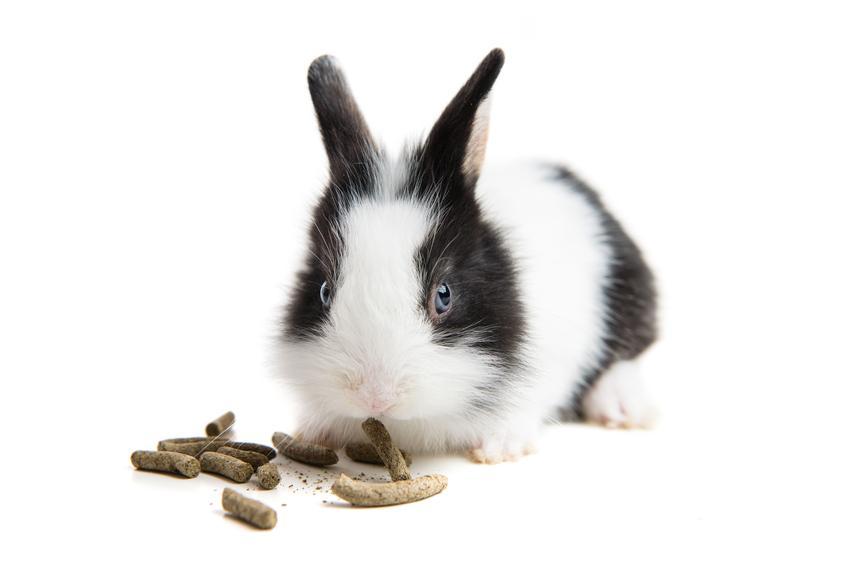