Why You Should Never Trance a Rabbit

The ability of rabbits to go into a trance state seems like an odd quirk of nature. This must be the reason behind many of the Youtube videos of pet owners putting their bunnies into this odd state. Lying on their back, the bunnies will seem as if they are unconscious, not moving their limbs even if they are prodded a little. It can be very amusing, appearing as the bunny is being tranced by hypnosis. In actuality, the rabbit is not in a relaxed state at all. In fact, with increased heart rate and a change in blood pressure, quite the opposite is true. There may be times when trancing a rabbit is appropriate, but it is not something pet owners should do. Keep reading AnimalWised to see why you should never trance a rabbit and learn more about the process.

You may also be interested in: How to Show Your Dog You Love Them
Contents

Why does a rabbit go into a trance?

Rabbits go into a trance thanks to something called tonic immobility. Immobility means the state of not being able to move and we can know a lot more about it from the rabbit action's alternative name: apparent death. This is because the animal seems as if it is indeed dead to the world. This process is not unique to rabbits. It also occurs in sharks, frogs, swifts and even certain insects. The reasons for this state occurring are not yet fully understood, but there have been studies carried out which shed some light on the matter.

While it may appear that the bunny is unconscious, the truth is that the rabbit is actually in a state of increased stress. By turning the rabbit on its back and resting its chin against its body, the bunny goes into an automatic response. The reason for this response is fear. When rabbits are attacked in the wild, the predator will do so to kill. If the predator attacks the bunny and the rabbit goes limp in its jaws, it may stop the attack in the belief the rabbit is dead. The attacker may leave completely or simply give the rabbit enough time to make an escape. This state isn't just a defense mechanism, but also a fear response. Rabbits can also go into this state if they are made to perform a task which it doesn't enjoy, such as bathing.

The rabbit does go limp, but it is not a state of relaxation, nor does it become so voluntarily. It is an automatic response and it can have a serious effect on the rabbit. Rabbits are prone to heart problems in a similar way to human beings[1]. By putting them on their back an inducing this trance state of tonic immobility, their heart rate increases and their plasma corticosterone levels increase. These are both signs of extreme stress. Heart disease in rabbits is much more common in older bunnies[2], but stress related death can occur at any point in the rabbit's lifespan.

Why you should never put your rabbit into a trance

Many people want to put their rabbit into a trance for various reasons. The first is referenced above with those who simply want to have a laugh, often innocently thinking there will be no ill effects of this phenomenon on their bunny rabbit. Unfortunately, while their intentions might be funny to them, it is not so for the rabbit. Some owners will have heard from sources telling them that laying the rabbit on their back like this will allow them to groom better. While this may be so, if you are simply performing some cosmetic treatments to your bunny, the possibility of causing damage to them emotionally or even physically is not worth it. There have even been anecdotal reports of bunnies being put in a tonic immobility trance and then dying hours later from stress induced heart failure.

Part of the problem also has to do with the temperament of your rabbit in the first place. If you have a rescue rabbit or have a bunny which is the runt of the litter, often they can be prone to stress. Their little bunny hearts are made to pound too quickly and can possibly lead to heart failure. Inducing tonic immobility in your rabbit can send a weak rabbit over the edge. If your rabbit is used to being handled in such a way, it is possible that putting them in a trance will do little harm. However, it is not a risk you should be willing to take with a beloved pet.

In saying this, some rabbits will enter a state of tonic mobility on their own. This could be as a response to a perceived attacker or even jumping awkwardly and contorting their body into the position which induces the trance. If this happens, do not panic. Simply scoop the little one up carefully and turn them over onto their front slowly. Be aware that the rabbit may be in a state of shock, so it could jump out of your arms in excitement. Keep them close to the ground and out of harm's way. Cuddle and soothe the rabbit as bes you can and as long as you can.

Exception to the rule

The exception to the rule is when trancing your rabbit is the lesser of two evils. Although rabbits can still feel pain and we are not completely sure of how conscious it is during this tonic immobility state, administering anaesthetic can also be dangerous. If you take your rabbit to the vet and they know what they are doing, then they may want to put them in a state of tonic mobility rather than anaesthetizing them. This could be to administer an injection, check a particular health problem or other medical issues. This is up to a trained vet and their discretion should be advised.

If you want to read similar articles to Why You Should Never Trance a Rabbit, we recommend you visit our Extra care category.

My Rabbit Died - What Do I Do with the Body?
Is it Bad to Sleep with my Rabbit?
How to Care for Newborn Rabbits With a Mother
How to Make Dog Diapers Stay on
Related categories
Dental hygieneNail careGeriatricsFur careEye careBasic care
Most read
1.
When Does a Dog Go Into Heat After Having Puppies?
2.
Third Eyelid Showing in Cats - Causes and Treatment
3.
Can You Touch Newborn Puppies?
4.
Why Is My Pregnant Dog Not Eating?
5.
Dog Pregnancy - Week by Week
6.
10 Hypoallergenic Cat Breeds for Allergic Families
7.
Why Has My Cat Only Had One Kitten?
8.
How to Control a Male Dog Around a Female in Heat
My Turtle Isn't Moving - Why and What to Do
How to Check Your Dog's DNA
I Can't Take Care of My Dog Anymore
What NOT To Do To Your Dog
How to Improve your Canary's Singing
Caring for a Neutered Cat
How to Clean My Dog's Paws After a Walk During Quarantine
Things Cats Hate That Humans Do

3 comments
Rating:
Catherine
28/01/2021
Thank you for your article. We live in a secluded area, and our bunny won't let us pick him up at all, and we need to have his nailed trimmed. We had a groomer come out several months ago, and one groomer held bunny in the trance stance, while another groomer trimmed his nails. It's time to have it done again, and I just came across your page. Please let me know if you have any other suggestions, as we'd hate to have something horrible happen to our bunny. Thanks again!

If they know what they are doing, holding them in this way to trim their nails can be the lesser of two evils. However, doing it just for fun or on a whim mst be avoided. We are glad we could be of help!
Shaye
22/04/2019
My vet actually recommended putting them into trance when trimming nails or administering medication, and they went to university for almost ten years so I think I know who I believe 🤷‍♀️

It is true that many veterinarians themselves will put a rabbit on their backs to administer certain treatments. However, this should only be done when no better option is available. It is best avoided for the reasons stated in the article. Another issue is that not all vets are specialized in lagomorph treatment. Even if some data is relatively inconclusive (not to say incorrect), surely it is better to avoid doing something with the potential for harm than doing it disregarding such potential?

Shaye
25/04/2019
Sorry, missed the part where I said that it wasn okay to just do it whenever you wanted. Oh wait, I didn’t say that. I’m sorry but I see a rabbit specialist so I’m certain she knows what she’s talking about. It’s what she has recommended for grooming one of my two rabbits as there is no other way to get him to stay still enough. Would you rather I leave his nails or do a terrible job because he doesn’t sit still? Honestly

We are sorry if we misinterpreted what you said. We were assuming you had read the section at the end about exceptions to the rule. Otherwise your comment seemed to be covered in the article. Sorry for any confusion.
Rating:
Maisie
26/03/2019
Why would anyone ever do this to the poor bunnies?!
Shaye
22/04/2019
My vet recommended trance when trimming their nails or administering medication and they went to uni for almost ten years so 🤷‍♀️
Why You Should Never Trance a Rabbit 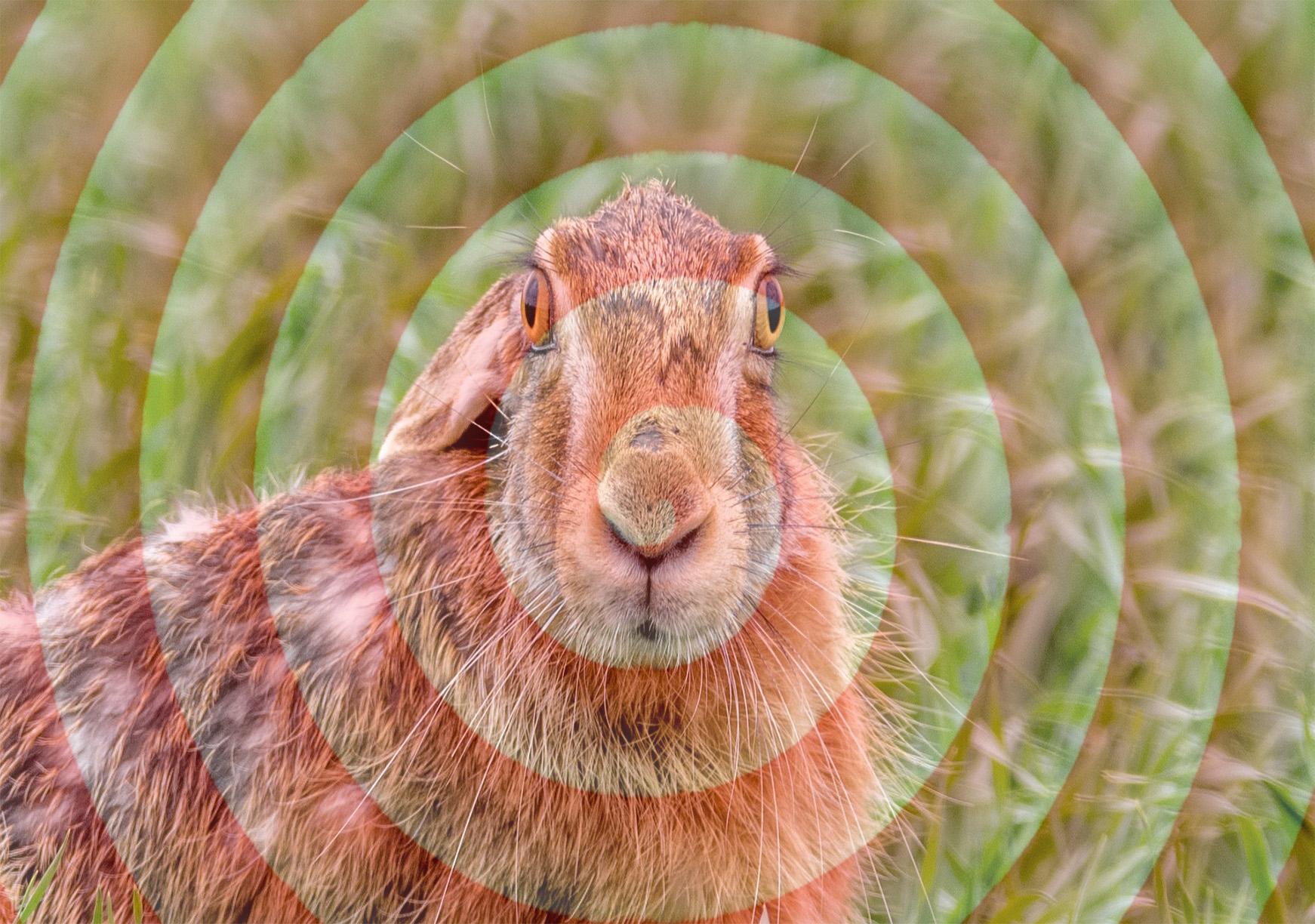 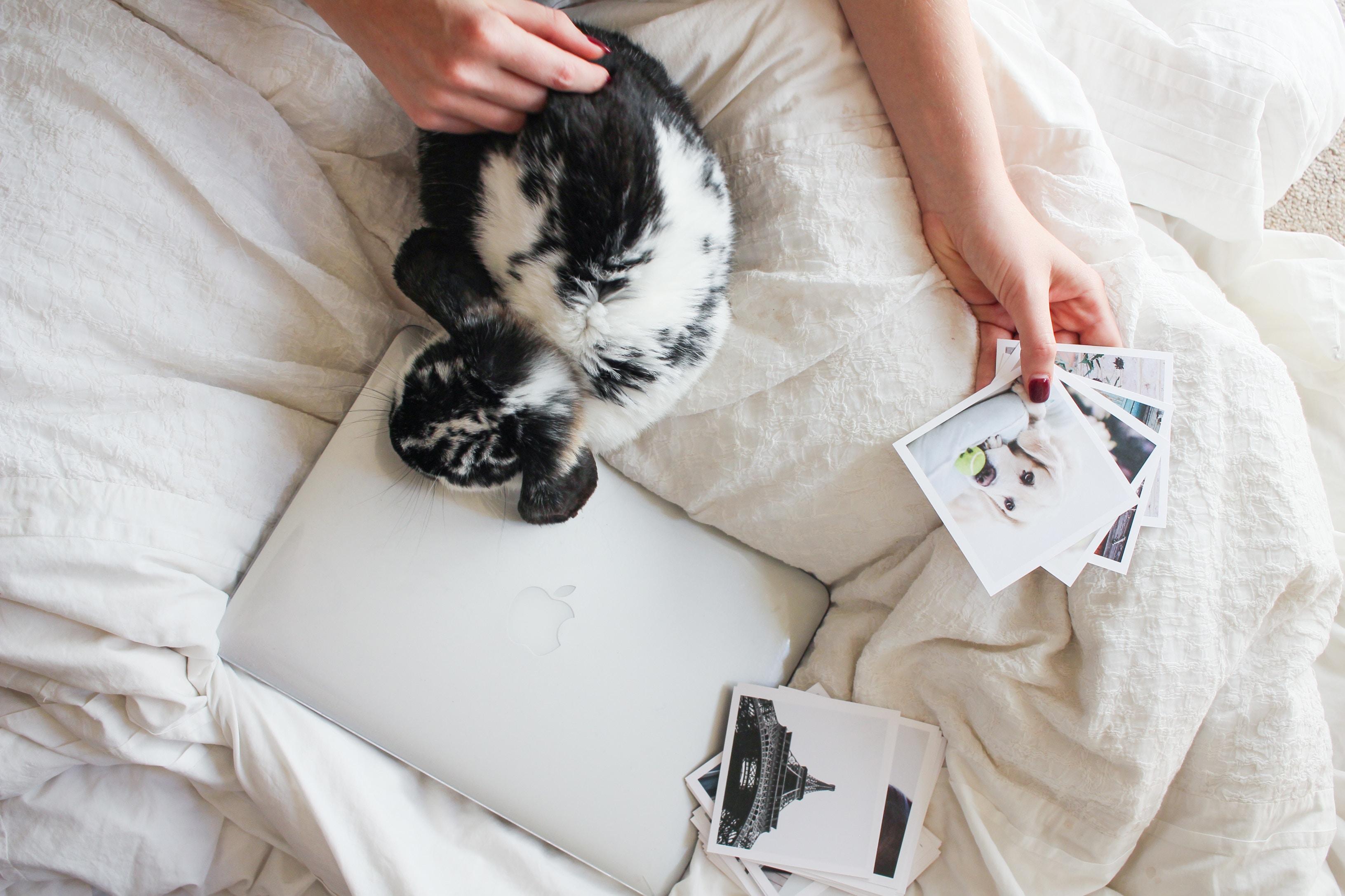