When Can a Puppy Leave Its Mother? 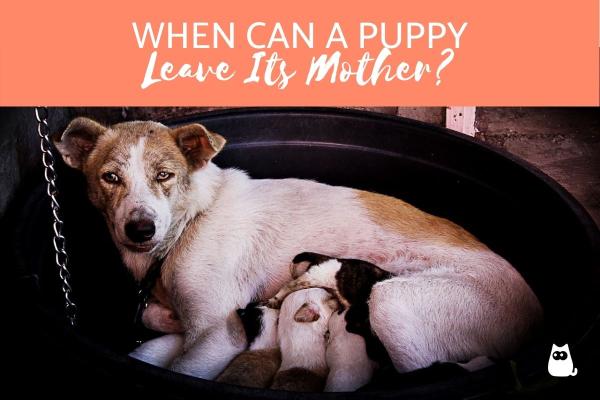 Removing a puppy from their mother too soon is dangerous. Not only will they not have been weaned, but they will be denied the vital understanding of the world provided by their mother. In nature, mother dogs will eventually leave their puppies to fend for themselves. They do so at a time when the dog has been sufficiently nurtured physically and cognitively to be able to survive well in the wild. In the domestic environment, where threats of predators are few and resources are abundant, the puppies can be removed from their mother by us. This is important since we also need to engender the young dog to living in the human environment.

At AnimalWised, we answer the question when can a puppy leave its mother? We look into what needs to be in place before this can happen, as well as provide help if a puppy is separated from their mother too soon.

You may also be interested in: How Soon can Kittens Leave their Mother?
Contents

At what age can puppies be separated from their mother?

One of the most important reasons why a puppy cannot be removed from its mother too soon is feeding. A mother dog's milk contains exactly the right nutritional composition to not only sustain the puppy, but to help them develop properly. This milk can be artificially reproduced, but it will never be the same quality as the natural source. This is as long as the mother is healthy.

The first milk produced by the mother dog for her puppies is known as colostrum. This is a nutrient-rich milk which is fed to the litter during the first days of their lives. Not only is it full of nutrients, but it carries natural antibodies which helps protect the vulnerable newborns from bacteria and infectious diseases by bolstering their immune system.

After this initial feeding, the mother's milk will still be rich in nutrients. It will help the dog strengthen their defenses as they develop by providing enzymes and hormones. As we are looking after the mother which looking after her puppies, we need to ensure we provide her with the correct diet.

Eventually, the mother will begin the weaning period for puppies. This is when she stops them from drinking as much milk as before and encourages them to eat solid food. We also will need to provide the right food for this to happen.

A puppy's development requires more than meeting their physical needs. Their psychological and emotional needs will have to be met for their health and well-being as an adult. This is where socialization of dogs plays its important role.

From the simple act of breastfeeding, the mother will begin to socialize her young. This is an important action which shows the puppy reciprocity, but also helps them to communicate. For example, when the puppy cries, the mother will attend to them. They will also keep them in line when they misbehave, something very important for when they eventually live with humans.

Although it is possible for a mother to give birth to only one puppy, it is unlikely. The average litter will be 5 to 8 newborn puppies, but this can vary depending on numerous factors. Although the mother starts the socialization process by caring for the litter, each newborn puppy's siblings play an important role in how they will interact with the world.

The puppies learn bite inhibition, basic communication, boundaries of behavior and many other lessons from playing with their siblings. Dogs are innately social animals which want to be part of a pack. It helps them to feel secure and provides safety. If they do not have these experiences, puppies will often feel insecure and unsafe.

At what age can puppies be separated from their mother?

We must point out that the longer a puppy is with its mother, the better their development will be. Therefore, it is advisable to leave a puppy with its mother until approximately 3 months of age.

What happens when we remove a puppy from its mother too soon?

Since staying with their mother is important physically and psychologically, it is understandable the negative repercussions will have both a physical and psychological impact. The physical issues they will likely suffer include:

Fundamentally, when a puppy is taken too soon from its mother, they will pose a risk to their lie expectancy. The puppy will not receive the same hormones, enzymes, antibodies and other important physical benefits from their mother's milk. This means they may not develop as well, although the factors which affect their life expectancy are complex.

Psychologically and emotionally, removing a puppy from its mother too soon has a serious detrimental effect. It is one of the most common reasons why a puppy will develop behavioral issues later in life.

Since puppies learn bite inhibition from their mother and siblings, they will likely have problems biting when taken away too early. It is possible to train a dog to stop biting, but it will be very difficult if they have not learned it early on. This means not all guardians will be able to look after the dog as they may require someone with more experience and ability.

The sensitive period is the period during which the dog is most impressionable and vulnerable. During this time they learn the abilities and boundaries explained above, starting at about 3 weeks of age and ending around 12 weeks. If the puppy is removed during this time, especially during the early stages, it can be a very traumatic experience. Such trauma can result in:

There are other factors which can lead to dogs developing similar behavioral problems, but removing them during the sensitive period is known to have a detrimental effect. A study from 2011 shows that the probability of developing the above behavioral problems are much more likely with dogs taken too early from their mother[1].

Some people have claimed that separating a puppy from their mother early will help them to better bond with humans. However, research shows there is no significant advantage to human socialization and is severely outweighed by the physical and emotional toll it can take[2].

When a puppy arrives at your home it will continue to need various elements of care. Adoption of a puppy means it will be your responsibility to provide such care. Removing a puppy from their mother too soon will mean that meeting such care needs will be very difficult. For this reason, if you really want the best for your puppy, it is not advisable to welcome them before 2 months of age. Ideally, you should wait until 3 months of age.

Reasons to remove the puppy early

It would be incorrect to say there are no reasons to remove a puppy form their mother prematurely. Also, it can happen that a mother dog will reject her puppy or puppies. This usually happens when one of the puppies is unwell, but can also occur when the mother is suffering stress or trauma.

While in the vast majority of cases, it is best for the puppy to stay with the mother. However, if the mother is sick with an infectious disease, then we will have to separate them. Since the puppies feed from the mother, they can contract viruses through breastfeeding. Also, if the mother is not looking after her litter, it is possible she is psychologically unwell and unable to meet her puppies needs.

In these cases, it will be incumbent upon us to take over the care of the litter. We will need to purchase artificial puppy formula to feed the puppies. In emergencies, we can create our own homemade puppy formula, but we need to replace it with something better as soon as possible.

If the puppy is removed before the weaning process has taken place, then we need to do this ourselves. In this case, our article on the diet for a prematurely weaned puppy will let you know what to do.

To meet the puppy's social and emotional needs, we will also need to start introducing them to other people and animals when the time comes. This should not be done immediately. We need to do it at the right time and be wary that they may have greater difficulty due to separation from their mother. Our article on socialization of dogs will help you to know more about what to do.

Tips for separation a puppy from its mother

Now you know the best time to separate a puppy from their mother, you will need to know how to make the transition smooth. From 8 weeks of age we will encourage the puppy to begin weaning. They should be offered wet food or feed soaked in water to better facilitate adaptation to their new diet. This is a progressive process and they will still need to drink some milk at the beginning.

It is important to note that we should not separate all puppies from their mother at the same time , especially before 8 weeks of age. This is because it can cause depression in the dam (mother dog) as well as problems related to milk production. If the dog is producing milk, but has no puppies to feed from it, it can cause impaction and mastitis. If we have waited a sufficient amount of time, the dam will instinctively know that her puppies are independent and the separation should not have negative repercussions.

If a dam's puppies are removed before she has stopped producing milk, you will have to help the mother dry up her milk supply.

To know more about what to do when you take in a puppy after they have been separated from their mother, take a look at our video below:

If you want to read similar articles to When Can a Puppy Leave Its Mother?, we recommend you visit our What you need to know category.

How Long does it take for a Puppy to Adjust to New Home?
Do Dogs Miss Their Owners When They're Gone?
What is the Right Age to Adopt a Puppy?
When Is a Dog Fully Grown?
Related categories
NamesThe least...ComparisonsThe most...Ideal for
Most read
1.
Best Names for American Bully Dogs
2.
Tamil Names for Dogs - With Meanings
3.
100 Popular Bird Names
4.
Can You Have an Otter as a Pet?
5.
Best Names for Horses and Mares
6.
Stoats as Pets: Guidelines and General Tips
7.
17 Best Spotted Dog Breeds
8.
Disney Names for Dogs
My Puppy and Older Dog Are Not Getting Along
What Do Dogs Think When You Board Them in a Kennel?
What to Look For When Choosing a Dog
What to Consider When Buying a Parrot Cage
Can a Cat Live in an Apartment?
Can I Keep a Pet Meerkat?
How Many Dogs Can You Own?
How Much Does It Cost to Have a Cat?

When Can a Puppy Leave Its Mother? 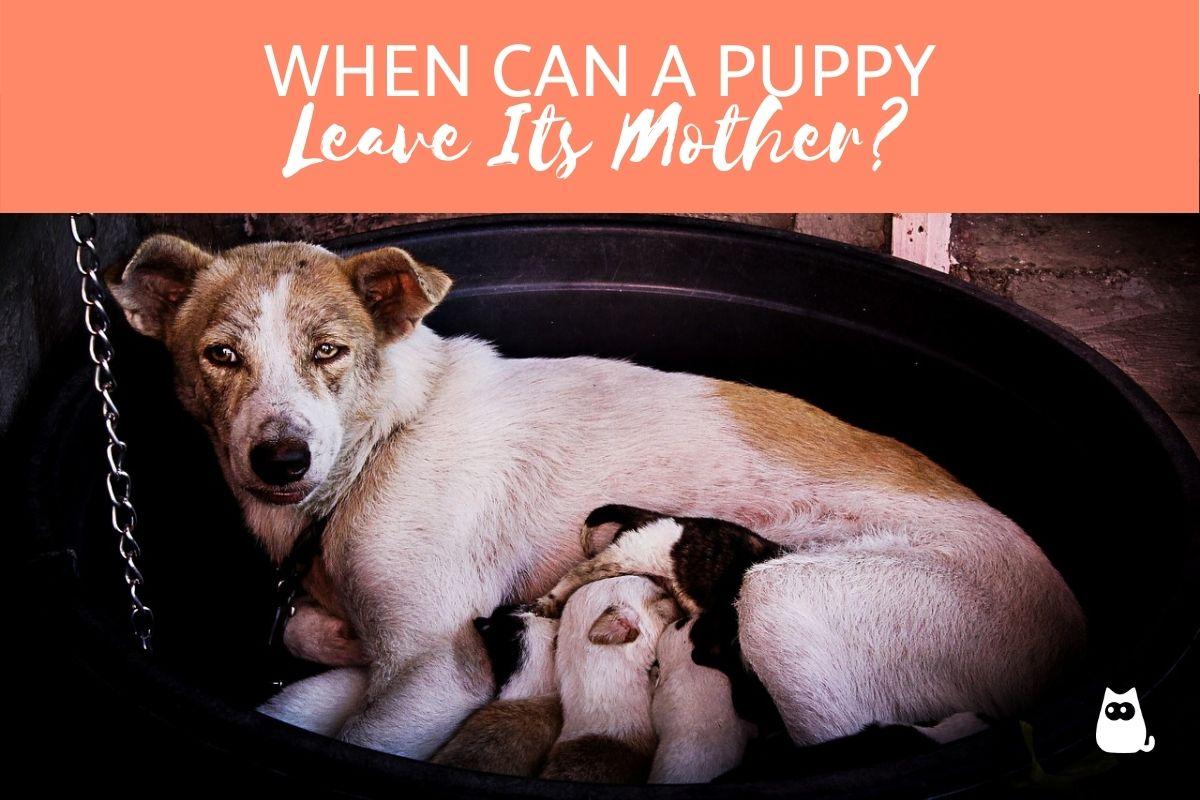 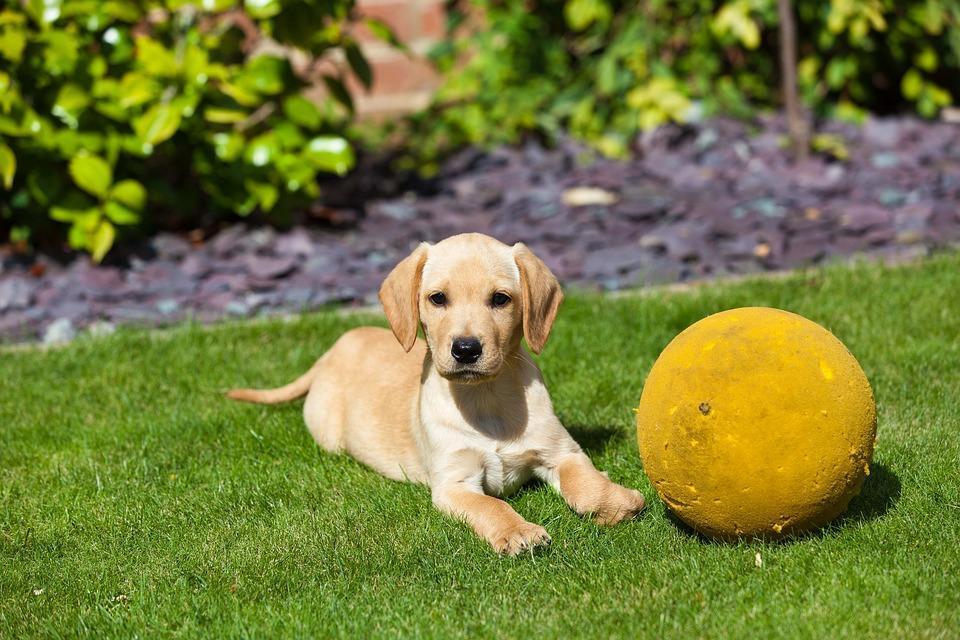 1 of 3
When Can a Puppy Leave Its Mother?
Back to top