Where Do Peacocks Live? 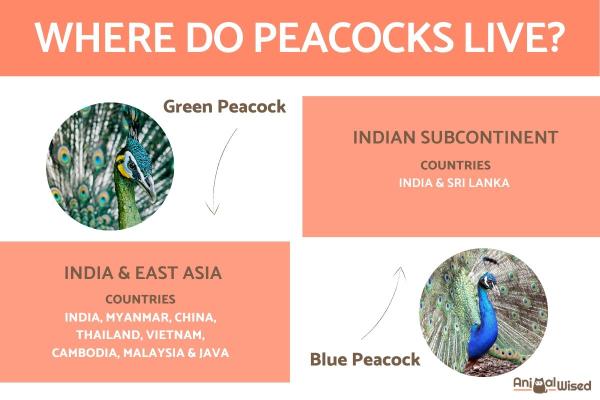 Nowadays we're very used to seeing peacocks in parks and gardens in almost every continent. Their popularity is in a large part owed to their striking plumage and docile nature. In fact, peafowl were artificially introduced to most of these areas centuries to keep as decoration.

In this AnimalWised article, we ask where do peacocks live? However, since we know that peacocks have been brought to various places, we need to know more specifically where peacocks originate. We also look at where wild peafowl currently live, not solely those birds kept in captivity.

The origin of wild peafowl

If you wonder why we keep mentioning peafowl in our article on where do peacocks live, we should clarify. Peafowl is the type of animal, but peacock is the male version of this animal. The female peafowl is known as a peahen. This is similar to how we refer to cattle. A cow is a female cattle and a bull is a male, but we more often refer to cows.

Now that this is clear, where do peafowl originate?

There are two species of peafowl, both of them native to South Asia. The blue peacock (Pavo cristatus) comes originally from India and the island of Ceylon (Sri Lanka). They are so important there that they have become the national bird of India. Wild peafowl are mainly found across the Indian subcontinent. However, the probability of finding groups of wild peacocks is not restricted to that geographical area, but rather throughout the habitat in which the species can thrive.

The green peacock (Pavo muticus), on the other hand, inhabits more Eastern areas. They are found in the wild in India, but also in Myanmar, China, Thailand, Vietnam, Cambodia, Malaysia and Java. Their habitat is more tropical than that of the blue peacock; it has been widely destroyed and reduced, which is why the green peafowl is an endangered species.

The green and blue peafowl are of the same genera, but there is another genera in the same family made of one species known as the Congo peafowl. This African peacock is endemic to the African continent, the current Democratic Republic of Congo, specifically.

When we find wild peafowl in other habitats, they're probably feral. That is, they were probably raised by humans but have become wild.

Peafowl eat berries, seeds, tender shoots, insects and even small reptiles, generally snakes. Taking into account their omnivorous diet, they're a versatile and adaptable species. The dietary habits of the peacock means they are, essentially, scavengers.

However, although we know where wild peafowl live, why do we see peacocks in other countries? The reason for the proliferation of peacocks is that the beautiful plumage and tail feathers of the peacocks made them high commodities in those trading in exotic pets.

When other peoples started to travel to India, they became just as enamored with the beautiful birds as the local population. In fact, it is believed that Alexander the Great took some home with him when he conquered the Northwest of India[1].

When the British Raj took control of India, it was common for them to send birds back to their homeland to be displayed to the public. Peacocks were also given as gifts to nobility as they conferred a major social status. It is still common for wealthy families to keep peacocks as pets if they have the suitable space to keep them. In the Middle Ages, they were eaten as food in Europe, a practice which still takes place today in parts of China.

Why are there no wild peacock populations outside of their native lands?

Zoos and aviaries across the world have kept peafowl for years. They often let them roam around the territory as they are not generally dangerous to the public due to their docile temperament. However, there are many animals which are brought from another country and then placed in captivity which develop wild populations. They are thereafter known as invasive species.

However, peacocks do not generally fare well outside their homeland. The main issue is to do with predators. With their attractive plumage, they make easy targets. They are also susceptible to avian flu and other diseases. Although once very popular, it has been seen that zoos in some countries are culling populations[2].

There may be some small feral peacock populations in some areas outside their endemic place of origin. However, there is little data to detail it and the size of such populations are likely negligible.

In search of a suitable habitat

Peafowl need to live in forests at an altitude of no more than 2000 meters (6500 feet) above sea level. They prefer deciduous forests and open forest areas and can adapt to various habitats, ranging from rainforests to dry forests. There are even peacocks which have adapted to living near farming areas and tolerate human presence well.

Peafowl use tree branches as resting places, which offer protection from some of their natural predators. Peacocks also need to have some water nearby, where they mainly go to drink during the mornings. Peafowl cannot live in cold climates, and their health can be seriously compromised if temperatures go below 0º C (32º F). You need to take into account that peafowl nest at ground level.

Peafowl live in small groups which either consist of peacocks, or of adult peahens and their young. These groups must share territory for obvious reasons. Namely, so that they can come across each other during mating season, in which male peacocks compete between themselves with dances that end with the tail feathers being spread in an explosion of color.

We have already discussed the two different peafowl species, blue and green. By far, the former is more widespread. The color refers to the plumage of the head and body. In both cases, the genes that determine these colors are dominant. Peahen are usually more toned down; blue peahens are grey and brown, and while green peahens are still similar to peacocks, they are slightly more muted and smaller.

White peacocks and other varieties occur as a result of recessive genes. They're rare, which is why controlled breeding is required produce more of them. This condition, in which pigmentation is partially lost, is called "leucism". As with most other white or albino animals, the white peacock is easy to prey on for its natural predators in the natural environment, because it's unable to blend in with its environment.

If you want to read similar articles to Where Do Peacocks Live?, we recommend you visit our Facts about the animal kingdom category.

1. Horvat. R. (2015). The Peacock, worshipped and revered around the world, and not just because he is a showoff. https://rear-view-mirror.com/2015/06/06/the-peacock-worshipped-and-revered-around-the-world-not-just-because-he-is-a-showoff/

3 comments
Rating:
Britt
28/05/2019
A green peacock and his peahen mate have recently shown up around my home in South Georgia. They are a bit of a nuisance to our property and come to us for food. Knowing they are an endangered species, I would really like to help them find a suitable, permanent home. Do you have any suggestions for me?

The best thing you can do is to call your local animal control. They will be able to advise if there are any particular sanctuary or even a farm nearby which will be willing to take them. Every area is different and also have some specific laws about what you are and are not able to do. They are your best bet at this point.

Good luck and let us know how you get on!

Administrador AnimalWised
21/06/2018
We would suggest peacocks make more of a ‘caw’ sound than a meow?
Tationa
13/04/2018
My friend Jordan found a peackock In the woods here in odenton Maryland

While peafowl are not indigenous to North America, many people have kept them as pets or even tried to introduce them for hunting purposes. It is possible that a similar scheme happened in Maryland or that an owner of a pet peacock has left the gate open and they escaped.
Where Do Peacocks Live? 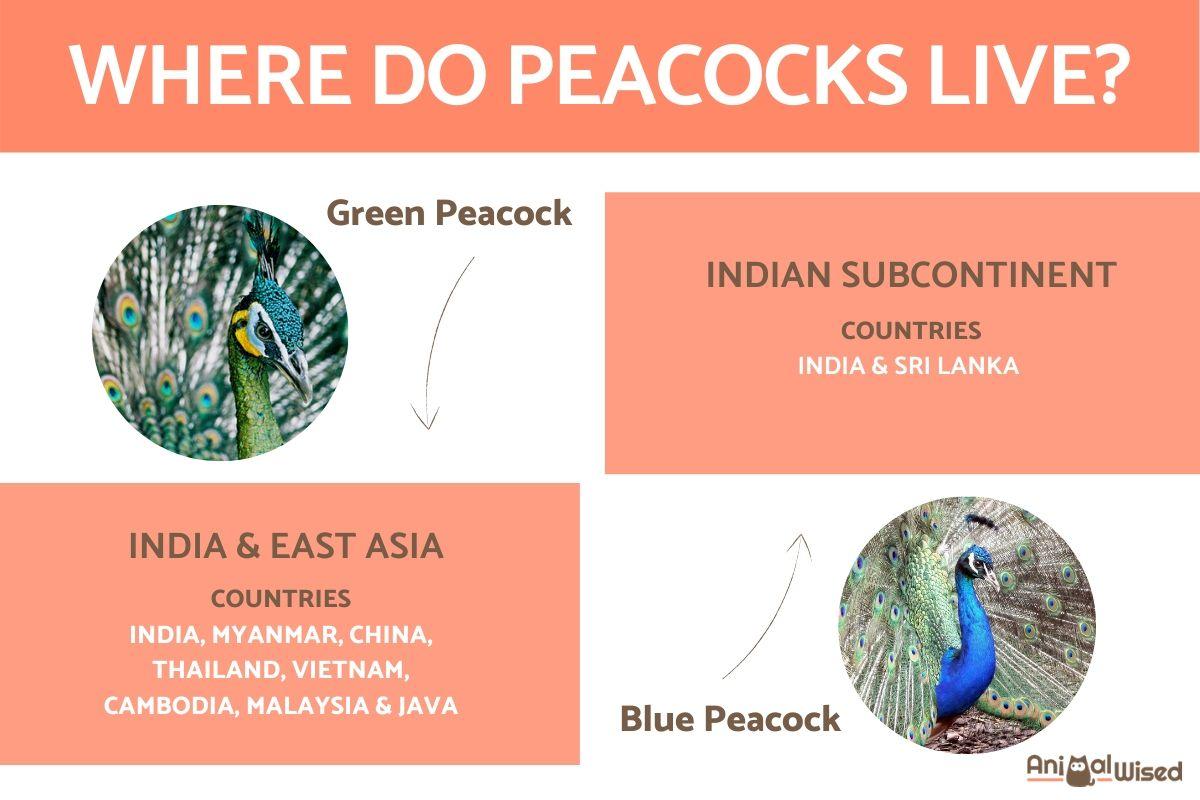 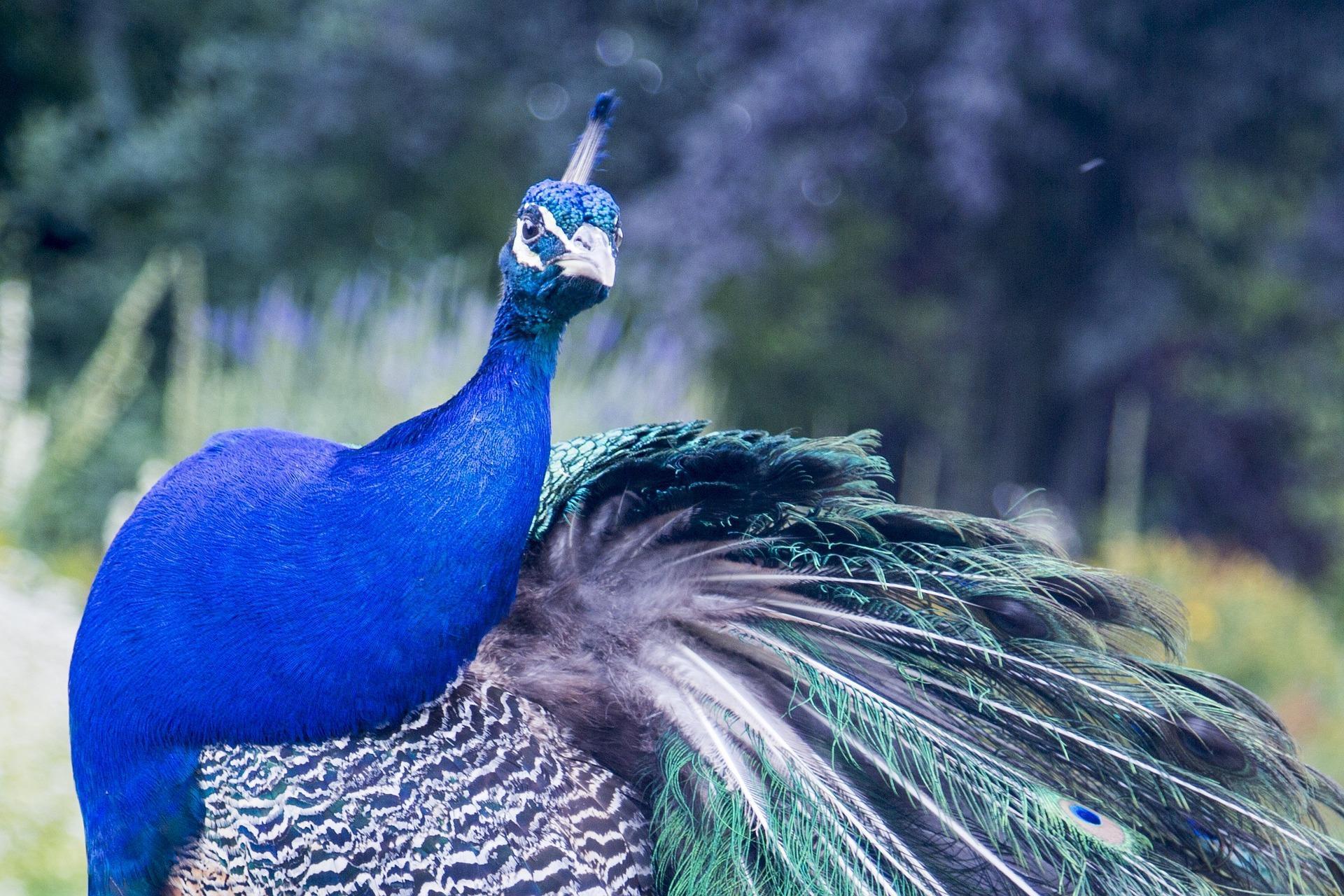 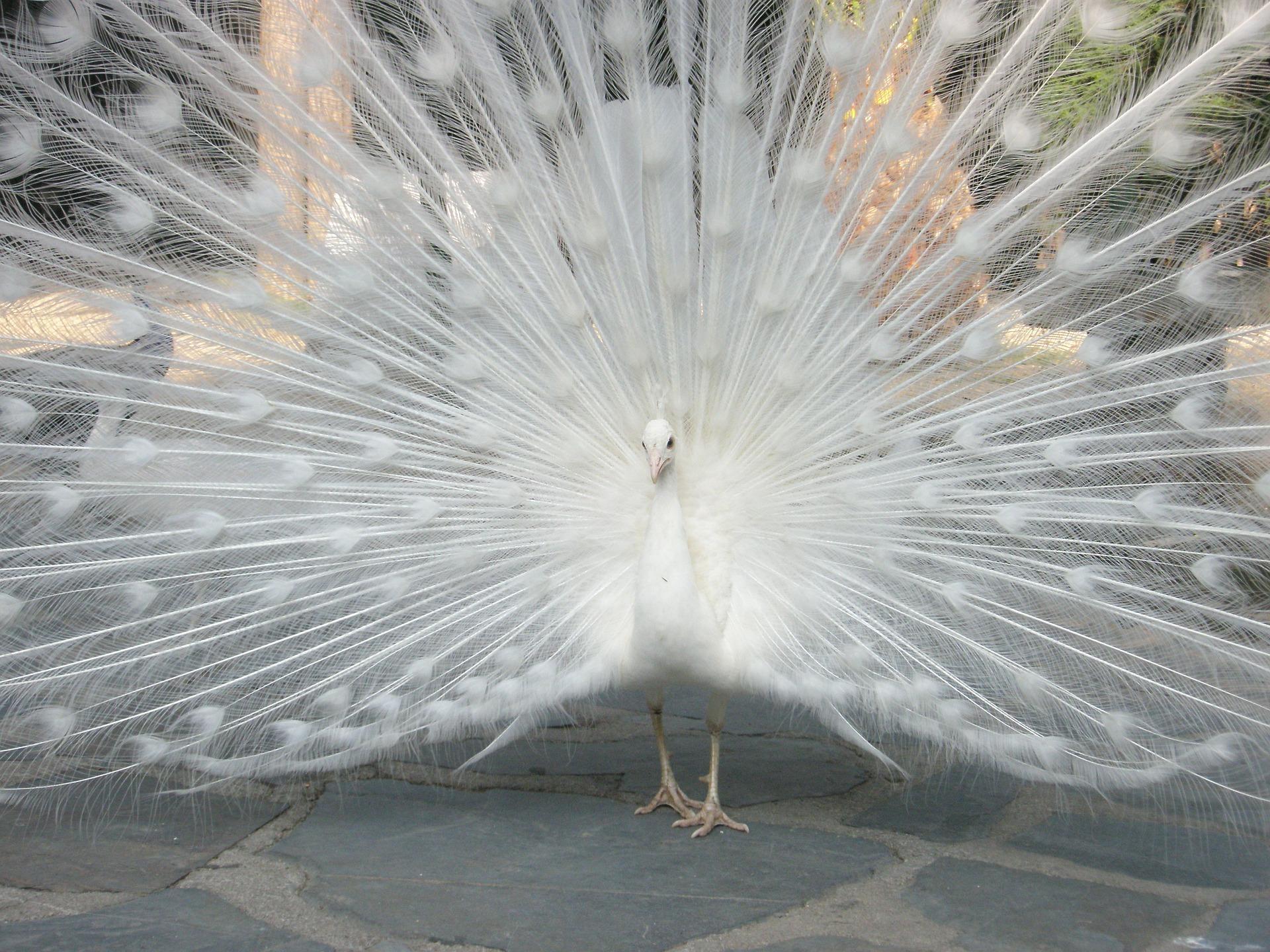 1 of 3
Where Do Peacocks Live?
Back to top