How Many Stomachs Does a Cow Have and Why?

By Nick A. Romero, Biologist and environmental educator. January 17, 2021

Many people believe that cows have 4 stomachs. Some even go on to say that they have 4 or 7 stomachs. This is completely incorrect. Cows only have one stomach, however, that stomach is divided into 4 compartments: rumen, reticulum, omasum and abomasum.

In this AnimalWised article we're going to explain how many stomachs cows have and why. We'll go deeper into a cow's digestive system and explain how they digestive their food.

You may also be interested in: Why are Cows Sacred in India?
Contents

What are ruminant animals?

Ruminant animals are exclusively herbivores that feed on stems, grasses and herbaceous materials, having a complex digestion system to transform food into simpler compounds and to take advantage of their chemical components, thus being able to nourish themselves. The plants that ruminants feed on are made up of a high content of cellulose, which can only be used thanks to the anatomy of the digestive system of these animals, which also has specialized microorganisms that contribute to the process.

Rumination properly consists of re-chewing the food that had already been swallowed. In this sense, these animals mix with saliva and lightly chew the food and pass it to the esophagus so that it is then taken to the stomach. But in this process, the larger particles are regurgitated into the mouth to be chewed again and later re-ingested.

Cows can consume an average of 70 kg of grass per day during a period of 8 hours. They can do this thanks to their peculiar anatomical and physiological system that carries out their digestion. Before we look into a cow's stomach and its compartments, let's take a look at a cow's digestive system.

The digestive system of the cow is made up of:

You may also be interested in our article about why cows are sacred in India.

How many stomachs do cows have and why?

Many people believe that cows have 4 stomachs. Some even go on to say that they have 4 or 7 stomachs. This is completely incorrect. Contrary to popular belief, cows only have one stomach, however, that stomach is divided into 4 compartments: rumen, reticulum, omasum and abomasum. Cows have this type of stomach and digestive system because they are ruminant animals that eat large amounts of grass and they need a digestive system that can help them break down and receive all the nutrients the need from their diet.

Each of these compartments are important in a cow's digestive process, helping them break down their food and receive all the nutrients they need. Now that we understand the misconception of how many stomachs cows have, let's take a look at why they have 4 compartments and what each one of those compartments do.

The 4 compartments of a cow's stomach

So, why does a cow have 4 compartments in their stomach? Let's take a look at each compartment and their function:

Other digestive structures of these animals are:

Watch the video below to understand how a cow's digestive system works! We also encourage you to check out our article about the 5 most intelligent animals in the world. 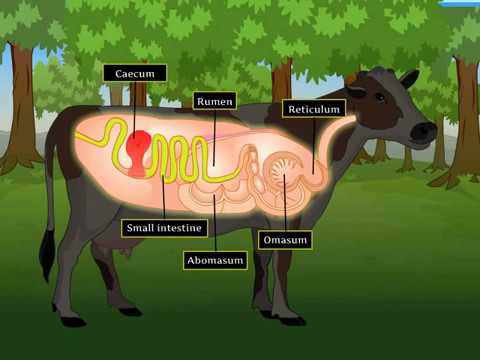 If you want to read similar articles to How Many Stomachs Does a Cow Have and Why?, we recommend you visit our Facts about the animal kingdom category.

Bibliography
How Many Hours a Day do Dogs Sleep?
Why Does My Cat Expose Their Belly to Me?
How Many Hours A Day Do Cats Sleep?
How Many Words Do Dogs Know?
Related categories
Endangered animals
Most read
1.
What Animal am I According to my Zodiac Sign?
2.
What Does It Mean When a Cat Shows Up at My Door
3.
10 Most Beautiful Animals in the World
4.
Animals With Scales - Full List
5.
Why do Dogs Get Stuck when Mating?
6.
Can Cats Absorb Negative Energy?
7.
The 10 Most Solitary Animals in the World
8.
Differences Between Deer, Elk, Moose and Reindeer
Does Your Rabbit Have Memory?
How Many Species of Frogs Exist?
How Many Types of Lions Are There?
How Many Types of Bears Are There?
Why do Cats have a Rough Tongue?
Why does my Rabbit Lick Itself?
How and Why Do Deer Shed their Antlers?
What is Tihar Festival and How is it Celebrated?

How Many Stomachs Does a Cow Have and Why? 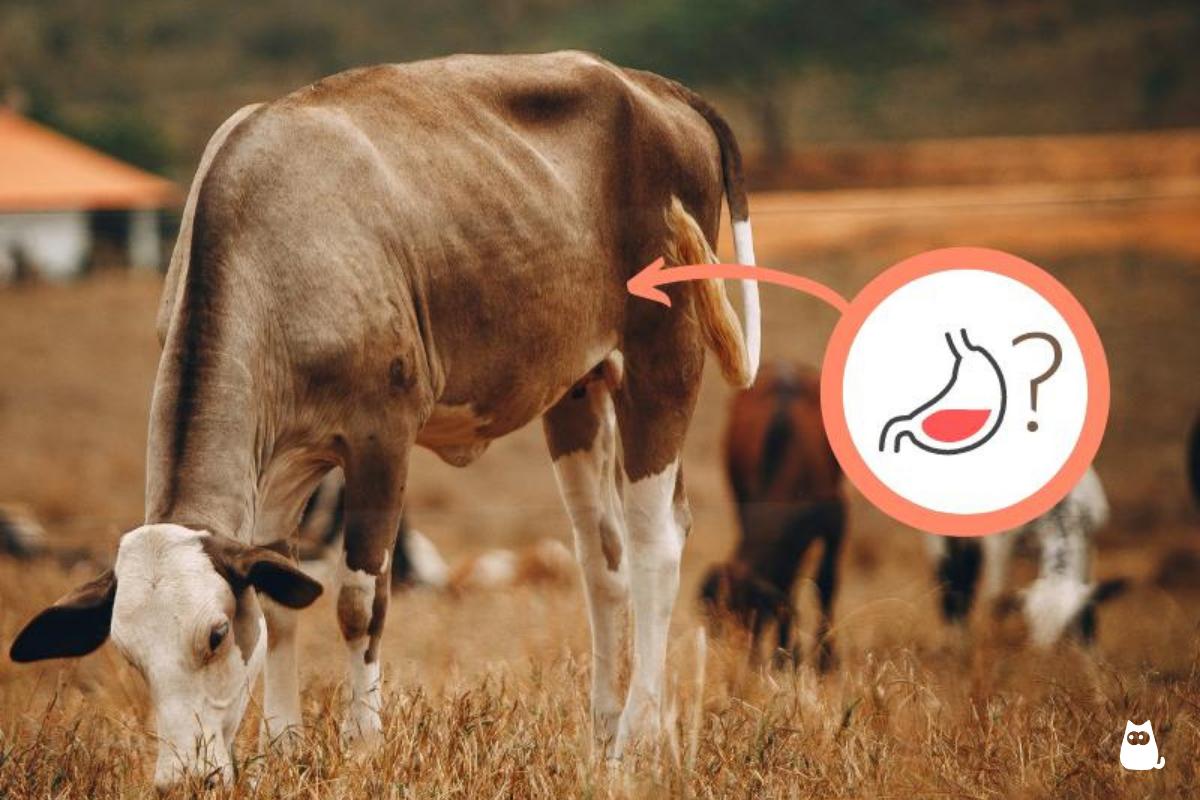 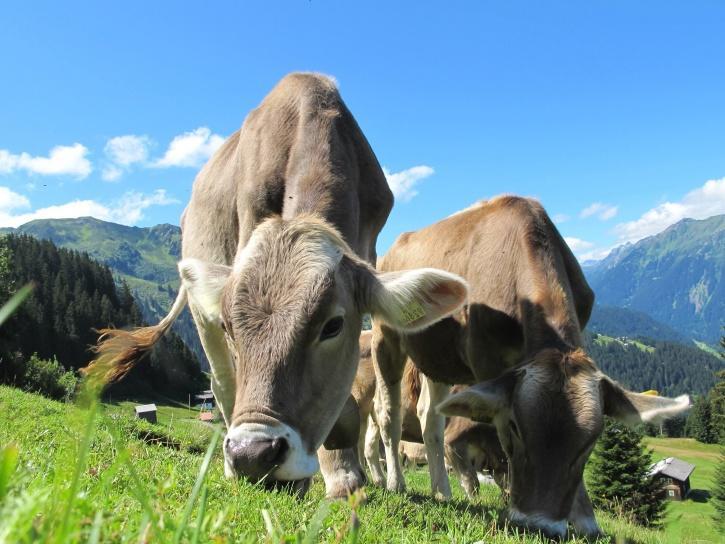 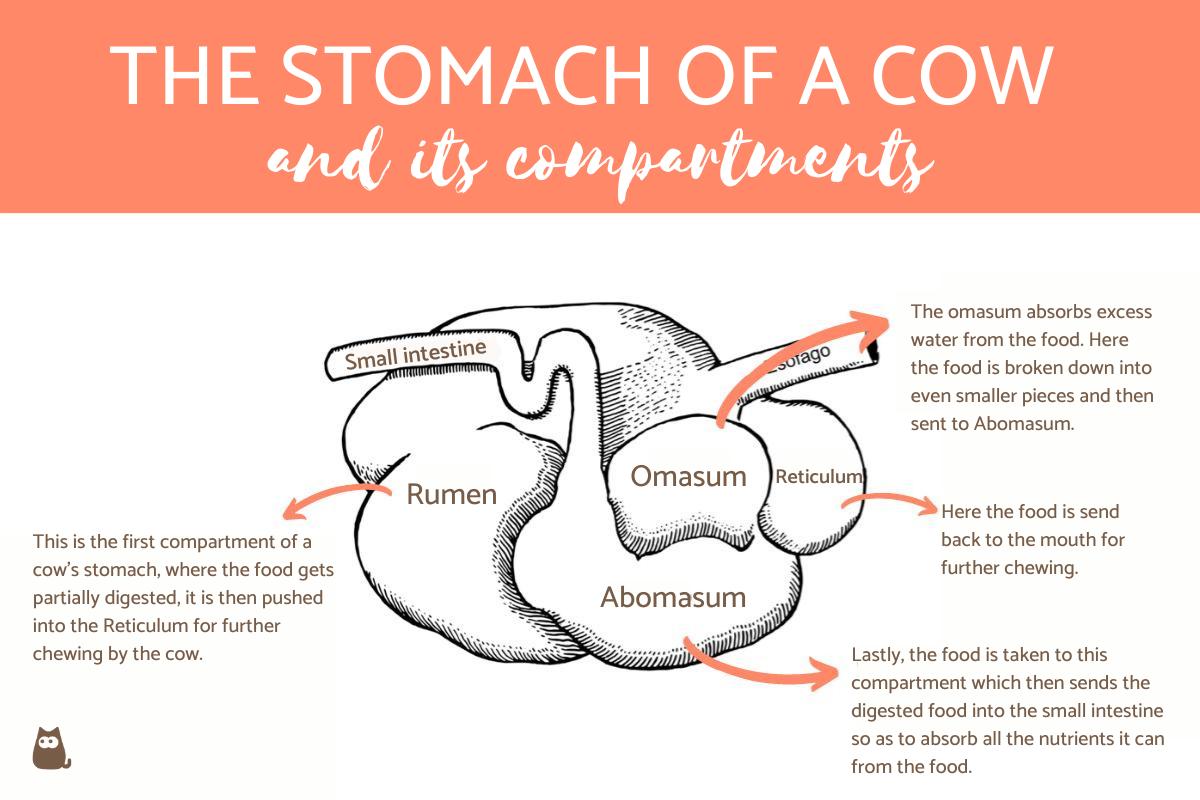 1 of 3
How Many Stomachs Does a Cow Have and Why?
Back to top