Why do Cats Roll on the Ground?

Occasionally, a cat's behavior can be inexplicable to humans. Things that seem funny to us, like chasing strings or climbing up curtains, are completely normal to them and are actually based on their feline instinct.

If you've ever seen your cat rolling on the ground, chances are you've wondered what motivates this peculiar behavior. It may also be accompanied by some meowing and somewhat contorted movements. If you want to know why cats roll on the ground, keep reading the following article by AnimalWised!

You may also be interested in: Why do Dogs Scratch the Ground?
Contents

Cat rolling on back to mark territory

Rolling on the ground is a behavior not only seen in domestic cats, but also in larger cats. One of the reasons they do this is to mark their territory and keep away from other felines as well as possible enemies who might feel threatened by the presence of the animal.

How do they do this? Pheromones are mainly responsible in the marking of the territory. All animals, including humans, emit pheromones, which are responsible to give out their characteristic smell, among other functions. That's why when the cat wants to protect their territory, they rub their whole body on the ground and other surfaces, with the intention of spreading their smell in the surroundings.

So, if you notice that your cat rolls on the ground or wriggles, this may be the cause that motivates them. They are simply following their feline instincts to protect their territory.

Pheromones also play an important role during heat in cats, both males and females. They not only transmit the characteristic odor of each cat, but also signal certain bodily changes, such as the ideal time to mate.

During this period, females and males show a unique behavior where they tend to roll on the ground more than usual. Why do they do this? To spread their pheromones full of the of scent of heat and thus attract all potential mates nearby.

Cats roll on the ground to cool off

While it is true that cats have a higher body temperature and therefore like to do things like sunbathing or sleeping near heating, when the summer heat intensifies they may be affected by it, and get a bit overwhelmed.

In order to cool down, it is likely that the cat will not only drink larger amounts of water and look for ventilated places to rest, but will rub on the floor of your home if it is made of materials such as granite, marble or wood, which are usually cool to the touch.

So, if you notice that your cat rolls around on the ground outside or in your home and also drinks more water than normal, this is probably the cause. Try to help them cool off my turning on the ceiling fan or opening the window if there's a fresh breeze.

Why do cats roll on the ground outside?

The flexibility of cats is one of their most emblematic features. To see them wriggling in positions that seem impossible to the average human being, worthy of a yoga teacher, is something amusing for us.

However, despite their amazing elasticity, it's possible that your cat cannot reach a certain itch they may have. So they choose to rub against some object to relieve it. This may be a reason for them rubbing against the floor, if the irritation is located on their back, for example.

Cats roll on their back and roll around to play

There are many ways your cat has to tell you that they want to play with you, one of them being rolling around on the ground or any surface close to you!

When they do, try to bring a toy closer to them or approach with gestures that indicate your intention to play. You will surely have a lot of fun together! And if you want to discover some fun games for them, do not miss our article unveiling the 10 best games to entertain your cat.

They want your attention

Cats, especially those who live in apartments, entertain themselves by chasing their humans around the house and watching what they do during the day. It is a pastime that they alternate with their long hours of sleep.

When you are too busy to spend enough time with your cat, they may be bored or feel you are neglecting them, so they will try to catch your eye in any way they can. They cannot stand that you haven't noticed them!

Among these methods is turning on their back and roll around while exposing their belly, in hopes to convince you to spend time with them. If they have done this before and received the attention and pampering they wanted, it is likely they will continue to do so to obtain the same results.

Catnip is a delight for most cats, and its main effect is to relax and help them feel content. If you spread a little of this grass on the ground, it is normal for the cat to spin on their back and roll around in all directions, lapping up all the effects this substance produces.

Do you think your cat rolls around on the ground for other reasons? Let us know in the comments section below. We also invite you to watch our Youtube video to learn more about why cats roll around when they see you! 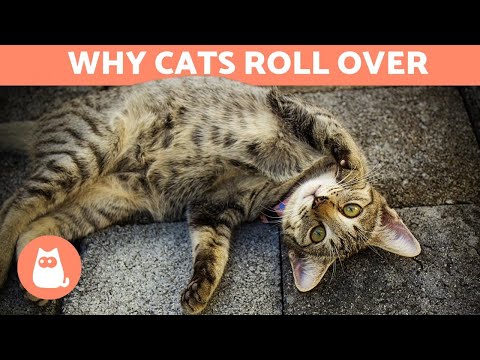 If you want to read similar articles to Why do Cats Roll on the Ground?, we recommend you visit our Facts about the animal kingdom category.

Why Does My Dog Like to Roll Around in the Grass?
Why Does My Cat Sleep on My Feet?
Why Do Cats Sniff Each Other's Butts?
Why Cats Always Land On Their Feet
Related categories
Endangered animals
Most read
1.
What Animal am I According to my Zodiac Sign?
2.
What Does It Mean When a Cat Shows Up at My Door
3.
10 Most Beautiful Animals in the World
4.
Examples of Vertebrate and Invertebrate Animals
5.
Why do Dogs Get Stuck when Mating?
6.
The 10 Most Solitary Animals in the World
7.
Differences Between Deer, Elk, Moose and Reindeer
8.
Animals With Scales - Full List
Why Do Cats Sleep On Top Of You?
Why Do Dogs Sit on Your Feet?
10 Weird Things Dogs Do
Why Do Cats Like The Sun?
Why do Cats like one Person more than Another?
Why Does My Dog Smell Everything on the Street?
Why Do Dogs Scratch Their Bed Before Lying Down?
Why Do Cats Not Like Their Belly Scratched?

2 comments
Rating:
Julie
20/01/2022
I think they also do it to release hair from their coat, similar to the way bears rub their backs on trees.

They tend to get most of their hair off with self-grooming, but of course rolling might also aid in the process of getting rid of dead hair. Thanks for contributing!
Tonya fritz
18/05/2018
Why do cats rub their honey on the floor

Not sure what you mean by ‘honey’, could you please clarify?
Dr Jo
14/08/2021
Cats do not produce honey, Tonya. I think you may be confused. Cats are not bees.
Why do Cats Roll on the Ground? 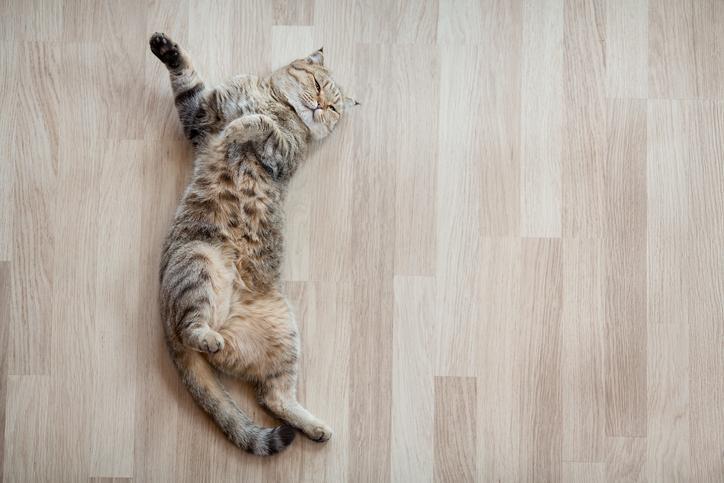 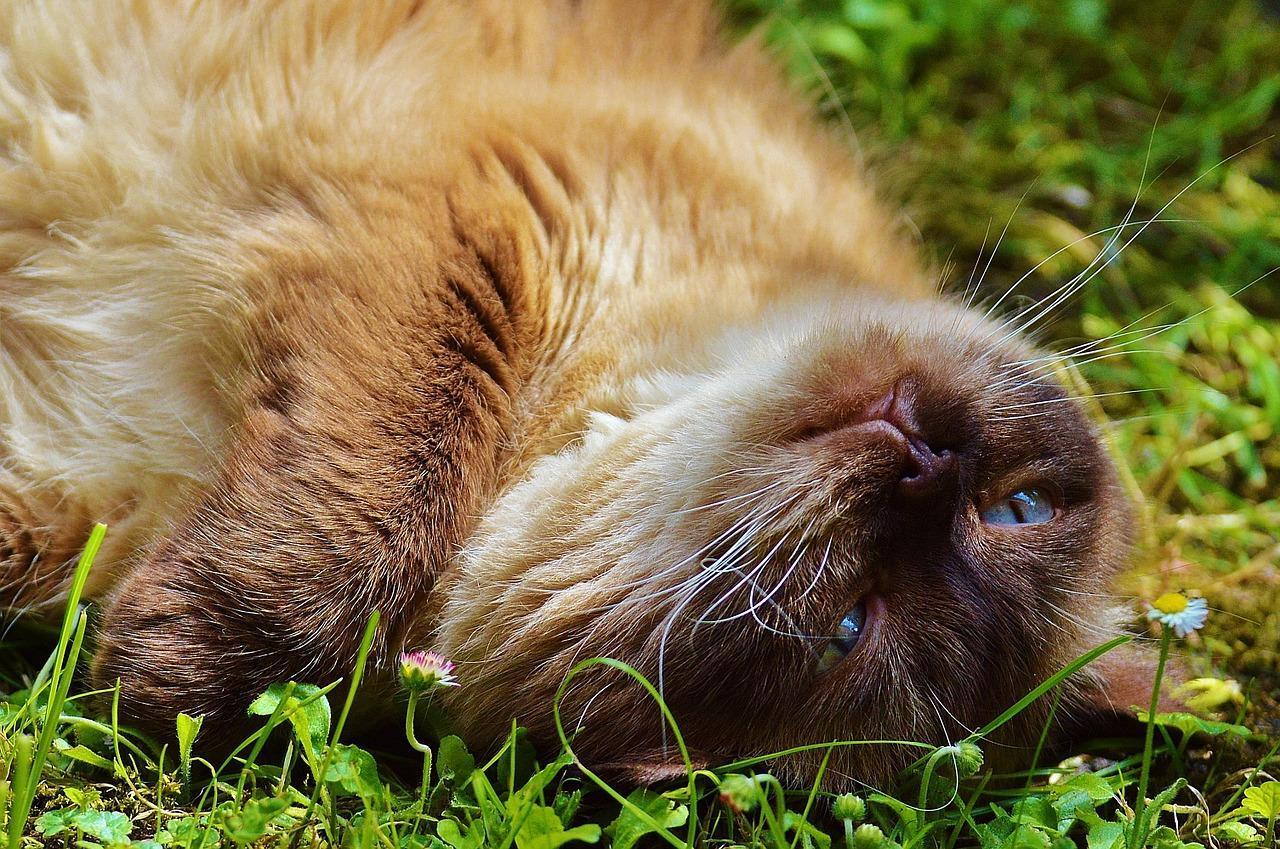 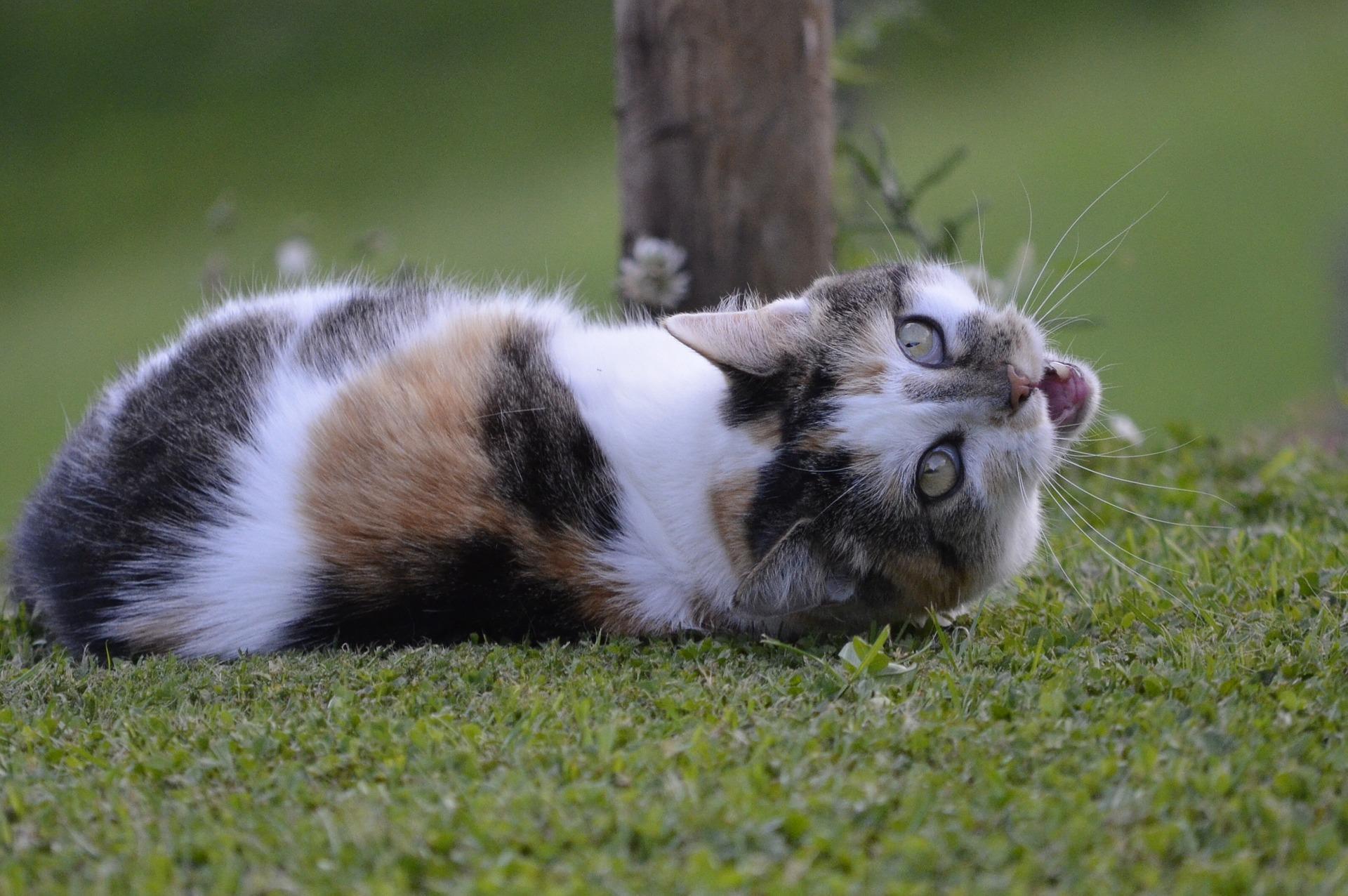 1 of 3
Why do Cats Roll on the Ground?
Back to top