Why Do Cats Sniff Each Other's Butts?

Those of us who share our lives with a feline will know they exhibit some seemingly odd behaviors. When we interrupt our cat licking their privates, rolling around in the dirt or any similar activity, they may even look surprised when interrupted. It is of the utmost importance as cat guardians we understand our cat's behaviors and know what are normal feline actions. If we don't understand or treat the cat according to human standards, we risk compromising their well-being.

When a cat smells another cat's butt and we stop them, we are actually interrupting a healthy behavior. In this AnimalWised article we explain more by answering the question why do cats sniff each other's butts? In doing so, you can get to know them better and improve their well-being.

You may also be interested in: Why do Dogs Smell Each Other’s Butts?
Contents

Before we explain the reasons why a cat will sniff another cat's rear, it is important to know that cats have a different form of language than we do. Although they can emit vocalizations through meowing and other sounds, their main form of communication with other cats, animals and humans is through body language.

To establish a bond of mutual trust, understanding and friendship, we need to interpret their language. This means looking at their facial expressions, body posture, tail positions, behaviors and more. Through these signals, cats express their moods, emotions and perceptions.

Much of the so-called ‘strange’ behaviors we witness our cat exhibiting are actually completely natural. Although it may seem shameful or embarrassing to us, cats will sniff each other's butts as a way to greet each other. Not only are they saying hello, but cats are actually exchanging information to each other. They are revealing something about their health, whether they have been here before, whether they are sexually active and much more.

The social life of felines does not obey or determine according to the same codes that people use to interact in their day-to-day lives. We will not see two kittens shaking hands, exchanging words, hugging or kissing to greet each other. The language and communication of cats does not include this type of display of affection or cordiality.

Why does my cat put its butt in my face?

Cats meeting each will not always go to the butt to sniff. You will often see them approach and smell around the face and neck areas. The reason for this is because cats also have glands in theses regions which secrete similar chemicals. A cat can even smell if another cat is afraid because the fear response releases certain chemicals which they an recognize.

Science has not proven that we humans secrete sex pheromones in the same way as animals, we do know smell plays a part. This presumes that we secrete smells which also provide information, even if it is difficult for us to consciously recognize them. A cat, with their acute sense of smell, will likely be able to perceive informative odors about us. This is one of the reasons why they smell our face, since they may think we have similar glands there.

When a cat greets us, you will often see them rub against our legs with their face or side of their body. This is a way they can leave their scent on us and ‘claim’ us as one of the family. Although cats know we are not the same animal, they do think of us as one of the family. When a cat raises their tail and puts their butt in our face (when we are sitting or lying down), they are inviting us to say hello and learn something about them.

Although it can seem unpleasant for a cat to raise their tail and put their butt in your face, it is actually a huge compliment. It is not a sexual action and it is not something we should worry about. We don't have to encourage it and can gently push them out of the way, but it is not something they should be scolded or chastised for. It is simply their natural behavior.

Why do cats open their mouths when they smell a butt?

All the functions of Jacobson's organ are not fully known. However, we do know that it is partially responsible for receiving the stimuli provided by scents. It plays a key role in hunting, reproduction and social interaction of cats.

When a cat opens their mouth when they are smelling or breathing deeply, they are allowing scents better access to the Jacobson's organ. This action is known as the flehmen response. It creates a pumping mechanism which allows them to better perceive the smell, something very important with faint scents. Essentially, opening their mouths is a way to enhance their smelling ability. When they do this and sniff a cat's butt, they are really digging for data.

However, it is important to note that a cat should not be doing this all the time. If a cat regularly has their mouth open, it is possible they have something wrong. This is particularly the case if it is accompanied by excessive drooling. The problem can be related to infection, obesity or even respiratory failure. Go to a veterinarian if the cat is doing this too often.

Smelling each other's butt is not the only way cats can communicate. Our video on why cats lick us will help explain further about feline communication: 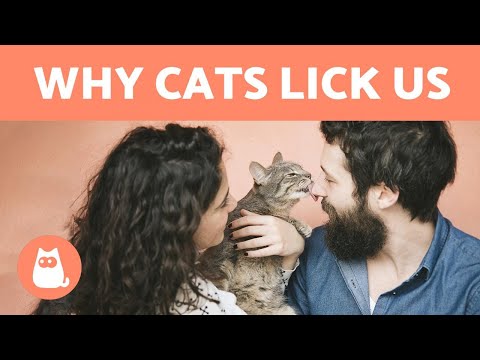 If you want to read similar articles to Why Do Cats Sniff Each Other's Butts?, we recommend you visit our Facts about the animal kingdom category.

Why Do Cats Lick Each Other?
How Do Animals Communicate With Each Other?
Fish Chasing Each Other - All Possible Reasons
Sense of Smell in Cats - Why is scent important to cats?
Related categories
Endangered animals
Most read
1.
What Animal am I According to my Zodiac Sign?
2.
10 Most Beautiful Animals in the World
3.
What Does It Mean When a Cat Shows Up at My Door
4.
The 10 Most Solitary Animals in the World
5.
Top 10 Smells Dogs Hate
6.
How Many Types of Lions Are There?
7.
Why do Dogs Get Stuck when Mating?
8.
My Female Dog In Heat Won’t Accept A Male - Causes
What do Cats do All Day Long?
Why do Dogs Smell our Crotch?
Why do Cats Meow?
Why Does My Cat Meow When I Pet It?
How Do Dogs Communicate?
10 Weird Things Dogs Do
Why Do Cats Headbutt You?
Why Does My Dog Mount Other Male Dogs?

Why Do Cats Sniff Each Other's Butts? 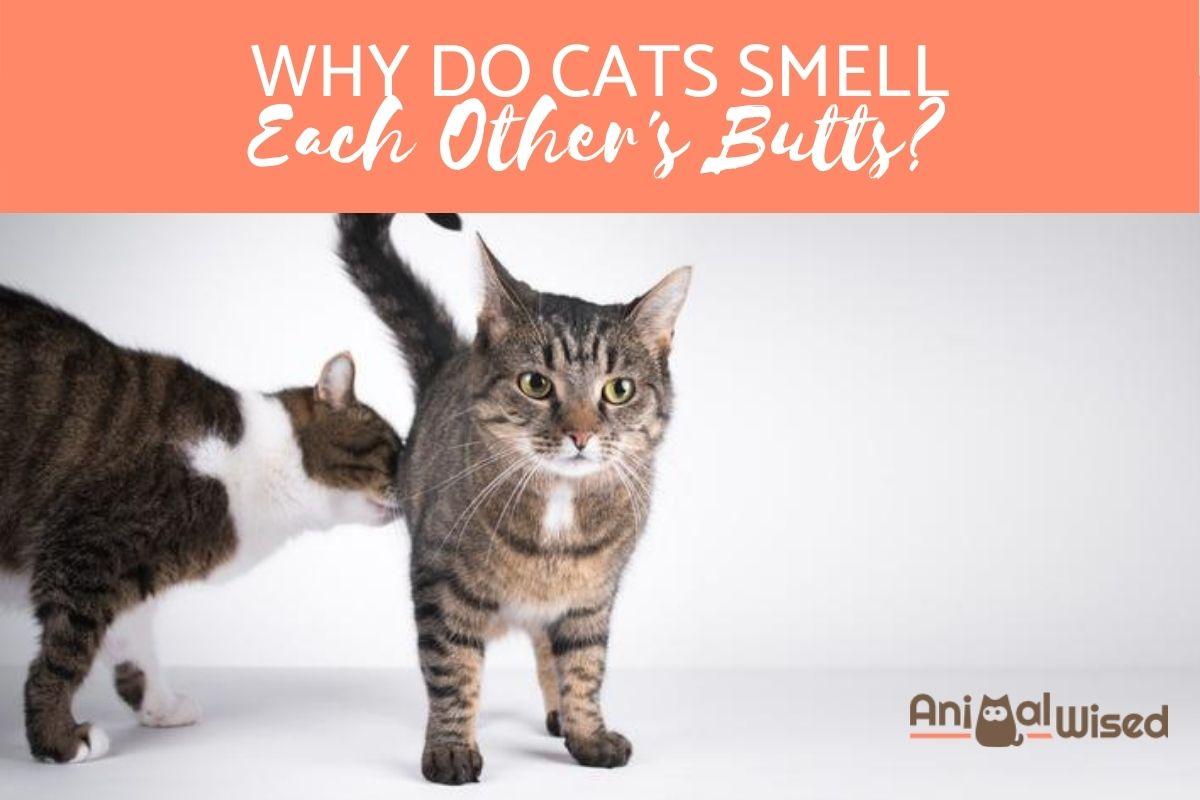 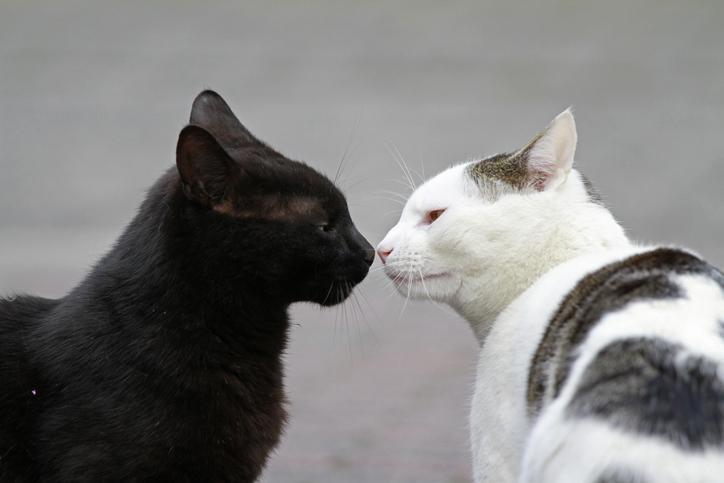 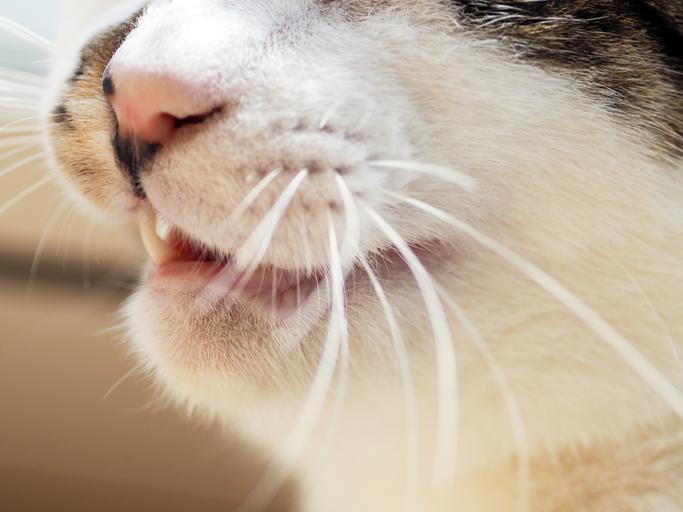 1 of 3
Why Do Cats Sniff Each Other's Butts?
Back to top