Why Is My Cat Pretending to Nurse?

By Eduarda Piamore, Expert in canine and feline psychology, education and training.. April 13, 2021

When living alongside them, humans are often surprised by certain strange behaviors cats exhibit. Most of these behaviors, however peculiar they may seem to us, are completely natural and are part of their social order. They play an important role in how they interact with other animals and people. However, in some specific cases, behavioral alterations in cats can develop as a consequence of stress, boredom or certain illnesses.

In this AnimalWised article we will try to answer this question, common among owners: why does my cat pretend to be nursing? The question usually arises because of two notable behaviors apparent in kittens: firstly, the habit of sucking objects or even body parts, such as toes or hands, of people. Secondly, the habit of kneading their guardians, imitating a movement made with parents during lactation.

You may also be interested in: Why Does My Cat Knead Me?
Contents

Why does my kitten pretend to be nursing?

The most important thing to understand is that cats use body language to communicate with their peers, with other animals and also with their human companions. We can notice different behaviors, postures or facial expressions depending on the emotion they experience in each situation, stimuli in their environment and the message they want to convey. It is important not to reprimand cats for enacting natural feline behaviors.

If cat guardians wonder why their cat pretends to be nursing, this usually refers to the habit of kneading that some adult cats perform, as if they were preparing to extract milk from their mother's breasts. As we explained in detail in the article on why does my cat knead me?, kneading is an instinctive behavior of cats that comes from the neonatal period of their development.

When they are newborns and have not yet opened their eyes, kittens are entirely dependent on their mothers for survival and nourishment, as they can only consume their mother's milk and have very limited sensory capabilities and mobility. The "kneading" movement during this period plays a key role in stimulating the production of colostrum which then becomes milk. The kittens exert light pressure on their mother's mammary glands, opening and closing their fingers to activate and retract their small claws. In this way, they encourage the production and release of milk essential for their development and a strong immune system.

Kittens gradually reduce this instinctive behavior as they approach the weaning period, when they gain more autonomy and can begin to try new foods beyond their mother's milk. This corresponds with an increase in intake of water as they prepare themselves to find food and survive on their own.

Why do adult cats continue to knead?

Even though we may know the origin of this behavior, determining the exact reason why it continues in adult cats is not so straightforward, particularly because it can occur in different situations. To understand why your cat wants to nurse you, you should pay attention to other aspects of their body language and consider the context of the behavior.

Below, is a summary of the main reasons why an adult cat may appear to be nursing: 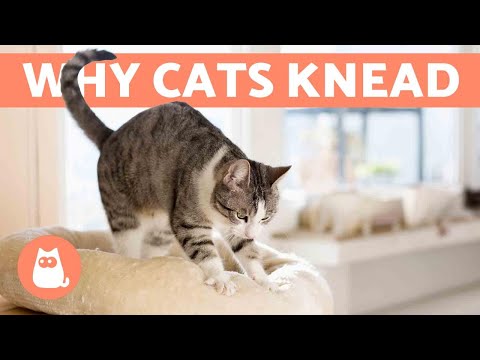 Why does my cat suck on me as if it wants to nurse?

Nursing isn't only limited to kneading. It also includes a desire to suck or lick objects, such as a blanket, a toy or a pillow. When applied to a human, cats like to suck on some part of their guardian’s body, such as fingers and toes, as if it were trying to suckle a teat. Unfortunately, this behavior does not usually have the positive connotations of a kneading habit, but is often associated with stress or boredom.

A cat that does not have an enriched environment, with toys and other items that allow it to exercise and stimulate their mind, will probably look for other (not always positive) ways to entertain themselves and expend energy. As such, the cat may engage in certain unusual behaviors, such as spending part of the day sucking on objects. It can even lead to destructive behaviors, such as scratching all the furniture and breaking objects by jumping around the house.

In addition to this, accumulation of stress can lead to anxiety symptoms and complex behavioral problems, such as aggression. Nor should we forget that the absence of an enriched environment, which encourages regular physical exercise, makes it difficult to maintain a healthy weight in the cat. This can lead to excess weight and associated health problems such as diabetes and cardiovascular issues.

Beyond inherent dangers, such seemingly harmless behavior also involves certain health risks for your kitty. These include the possibility of choking on foreign objects or ingesting elements that obstruct the intestines (e.g. pieces of fabric, small ornaments, etc.). This can be aggravated by pica syndrome, whereby a cat tends to swallow everything in its path, including irritating substances, spoiled food or toxic plants. In this case, it is essential that you review your cat's diet, since pica is often caused by nutritional deficiencies or even anemia.

In kittens, the habit of sucking on objects can also be associated with changes in their dentition. The growth of new teeth often causes some discomfort, so kittens will seek relief by applying light pressure or trying to rub the region. To prevent your companion from coming into contact with any dangerous substances or swallowing anything it can’t digest, you can give them teethers or toys appropriate to their size and age.

Finally, if you have just adopted a baby cat and you notice that it tries to suckle you, or you live with an adult cat and you observe that your cat suckles other cats, you should be aware that this behavior may indicate premature separation from its mother and siblings before the end of the weaning period, causing some learning and socialization difficulties

If you want to read similar articles to Why Is My Cat Pretending to Nurse?, we recommend you visit our Facts about the animal kingdom category.

Why is My White Cat Deaf?
Why Is My Cat’s Tail Lifted Up?
Why is My Cat Staring at Me?
Why Is My Cat Staring at Nothing?
Related categories
Endangered animals
Most read
1.
What Animal am I According to my Zodiac Sign?
2.
What Does It Mean When a Cat Shows Up at My Door
3.
10 Most Beautiful Animals in the World
4.
How Many Types of Lions Are There?
5.
The 10 Most Solitary Animals in the World
6.
Why do Dogs Get Stuck when Mating?
7.
10 Smells that Attract Cats
8.
Animals With Scales - Full List
Is it Bad to Sleep with my Cat?
Why is My Dog Howling?
Why Is My Rabbit Doing a Binky?
65 Cute Quotes About Cats
Sense of Smell in Cats - Why is scent important to cats?
Why Does My Cat Expose Their Belly to Me?
Why is My Dog's Nose Dry?
Why Is My Dog Whining - Causes

Why Is My Cat Pretending to Nurse? 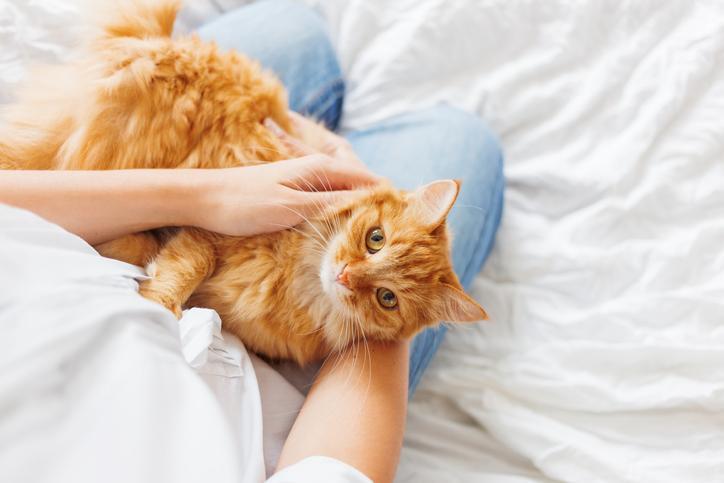 Why Is My Cat Pretending to Nurse?
Back to top