Why is My Dog So Excited When I Get Home?

We all have stresses in our lives which are often exacerbated by life outside the home. This is why coming home to an excited furry friend can be a great antidote to a stressful day. Sometimes our pet can hear us coming along the drive and is right at the door waiting before we can even put the keys into the lock. The yelps of excitement and quivers of anticipation mean that we feel love and companionship as soon as we get home.

However, sometimes this excitement can seem a little over the top. They jump all over you, are unable to calm down and may even pee a little. If you want to know why is your dog so excited when you get home, keep reading AnimalWised to know what is a healthy display of affection and what might need some training to counteract.

You may also be interested in: Why do Dogs Get Stuck when Mating?
Contents

Why do dogs get excited when they see their owners?

From the moment you are near your front door, a dog can get restless and excited. As soon as you step over the threshold they lunge at you, try to lick you, jump to meet your face, roll over for belly pats and may even urinate a little. Does this sound like a familiar situation to you? If so you may be wondering why your pooch goes so crazy when you get home. The first thing to know is that there is probably more than one reason. There are several factors which can trigger this behavior.

The bond between dog and guardian

Many people believe that the affection dogs feel for humans is simply the result of being recognized as a provider of food, but this is unlikely to be true. Studies show that dogs are capable of feeling true affection for their guardians.

In Atlanta, USA, the neurologist Gregory Berns performed some experiments using magnetic resonance in dogs[1]. His conclusion in these studies was that not only do dogs recognize us as another species, but they reserve a part of the brain for information related to human beings which is similar to the affection they reserve for members of their family. The investigation showed that by identifying a human which the dog considers part of the family through smell, a reaction in the brain occurs which is similar to that which happens when they receive a reward.

The scientists concluded that this reaction was similar to that of humans when they are in the presence of a friend or loved one. This means that a dog is happy when you are by their side. It's no wonder that they get excited when you get home.

Think for a moment about your dog's routine when you are at home. Not only do you feed and attend to them, but you give them love, they follow you around the home, you talk to them and have various other interactions. Now think about their routine when they spend their day alone.

How do you think dogs feel when they are left home alone? Dogs think about and miss their owners. There are famous cases such as Greyfriars Bobby and Hachiko who kept vigil for years after their owner's passing. Due to the amount of interaction they have with us when around, it is likely your dog gets bored when you're not there. This is why they may be so excited when you come home as it is more likely they will get a walk or engage in some other stimulating activity.

Some dogs experience a disorder known as ‘separation anxiety’. This is an anxious feeling or stress induced by the absence of their owner or guardian. The most common symptoms are that they cry, destroy property, urinate, defecate or bark incessantly as well as showing other signs of stress. In these cases, dogs get excited when we return home, but they do so in an exaggerated and unhealthy way. It is not positive for their welfare and well-being.

It can be a complicated problem to solve as, in most cases, the assistance of a professional canine behaviorist is required. These trainers and ethologists are specialized in helping combat these unhealthy behavior patterns. The use of kong toys might be helpful also.

Why does my dog get erect when they see me?

Some dogs tend to show their excitement in other ways which would be inappropriate for humans. It can even cause discomfort for their human companions. Dog erections are sometimes known as dog lipstick due to the red mucous membrane of their penis. But why do these erections occur? It is necessary to clarify that this reaction is not necessarily related to sexual stimulus, nor does it imply the dog in question is experiencing their heat phase. This excitement is particularly common in younger dogs and puppies, but it does also happen in adult dogs.

Usually, when a dog achieves an erection it is because they are responding to some stimuli which gives them satisfaction. It could be when they are being pampered or when they are engaged in games which they really enjoy. These erections are just a way to reflect the emotions they feel and they have limited control over them. They can also occur when the dog is experiencing high levels of stress. If this situation bothers you, you can try to avoid those stimuli which provoke it. If your dog gets erect when you return home, you can reduce the intensity of your own greeting to help them manage their anxiety. However, in most occasions an adult will understand this is natural dog behavior and won't let themselves become upset.

Why does my dog wag their tail when they see me?

Although your dog is unable to communicate with words, they have a rich and varied body language which they use to relate to their environment. However, humans are not always the best at being able to interpret these visual cues. The tail plays a very important in this type of signalling. What do you think a dog's tail movements mean? More specifically, what does it mean when they wag when they see us?

Research published in the journal Current Biology revealed that when dogs wag their tail to the right, they are experiencing positive emotions. Conversely, they are experiencing negative emotions when wagging it to the left[2]. It is believed that each hemisphere of the brain is responsible for controlling different emotions. However, tail movement is accompanied by other signs which can help us to know how our dog is feeling.

If the tail wags to the right with a lot of energy, accompanied by relaxed features and ears, this means it is happy to see you. It is possible they will try to lick you and show some love in addition to adopting this posture. If, on the other hand, they move their tail to the left and looks at your fixedly without approaching you, it means they feel insecure. They may even be trying to figure out if you are friend or foe. If they move to the left, look agitated, have dilated pupils, pointed ears and tensed muscles, they are likely on the defensive and may even growl or attack.

This, of course, is a broad spectrum. When your dog wags their tail when they see you, it is important to look at the other signs and body language to work out how they are feeling.

Why does my dog urinate when they see me.

If your dog pees when they see you, it can seem troubling. Not to mention practically inconvenient. While it is not pleasant for you, it is likely more troubling for your dog. Peeing due to an emotional response, is more common in young dogs and puppies as they are yet to fully control their bladder. If this happens in adult dogs, it is necessary to try to help stop this behavior.

In adult dogs, it is more frequent in dogs which spend all their time alone with an absence of stimuli. When their human counterparts return, it can unleash strong and pent up emotions. They are sometimes unable to control these emotions and, in turn, the emotional response of urinating. This is in part due to the importance of the ritual greeting to dogs. In some more complex cases, when dogs have been mistreated by humans, they may urinate in fear.

What can you do about it? The first thing is to reduce the levels of your own emotion when you return home. It can be tempting to show the love your dog feels for you right back, but it may only act to encourage this stressful behavior. Let the dog reassimilate to your presence and then you can interact with petting and showing affection. As casual greeting which lasts until they calm down will help this behavior to disappear, but it must be kept up.

If this behavior does not calm down on its own even with a change in our own behavior, then we may need to go to a specialist. Start by asking your veterinarian and asking their advice. They need to ensure the urination isn't from some sort of medical pathology, rather than an emotional response. If it is not, we should take them to an ethologist, canine educator or trainer.

If you want to read similar articles to Why is My Dog So Excited When I Get Home?, we recommend you visit our Facts about the animal kingdom category.

Why is My Dog So Excited When I Get Home? 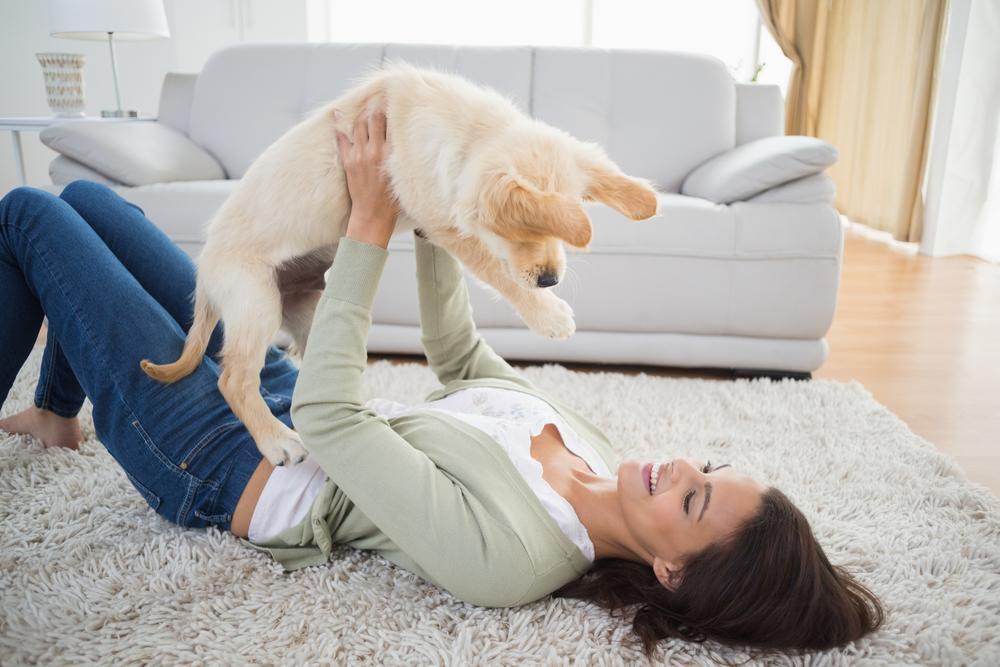 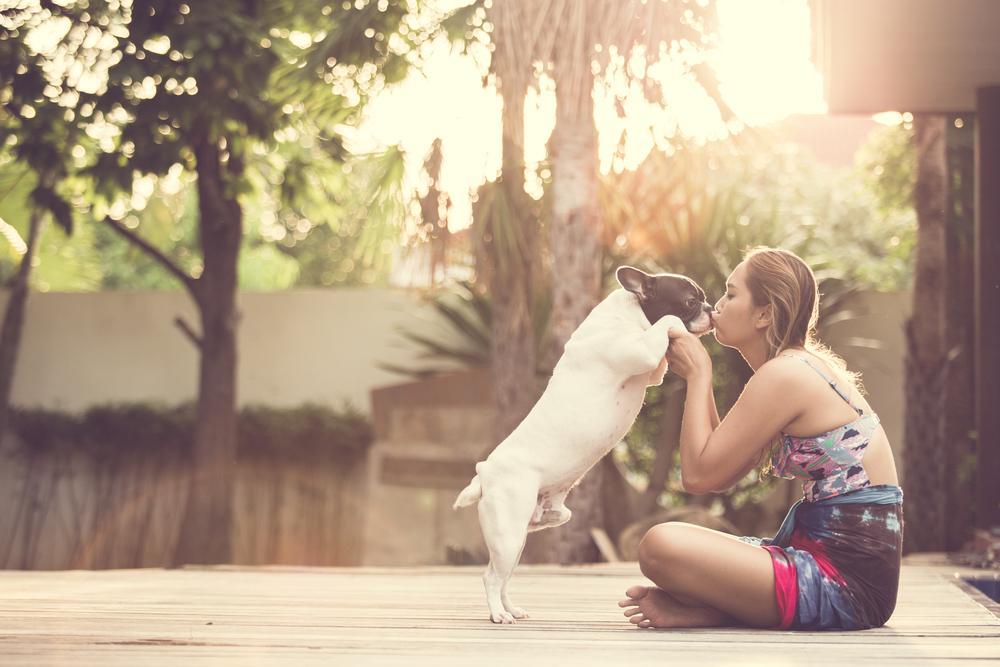 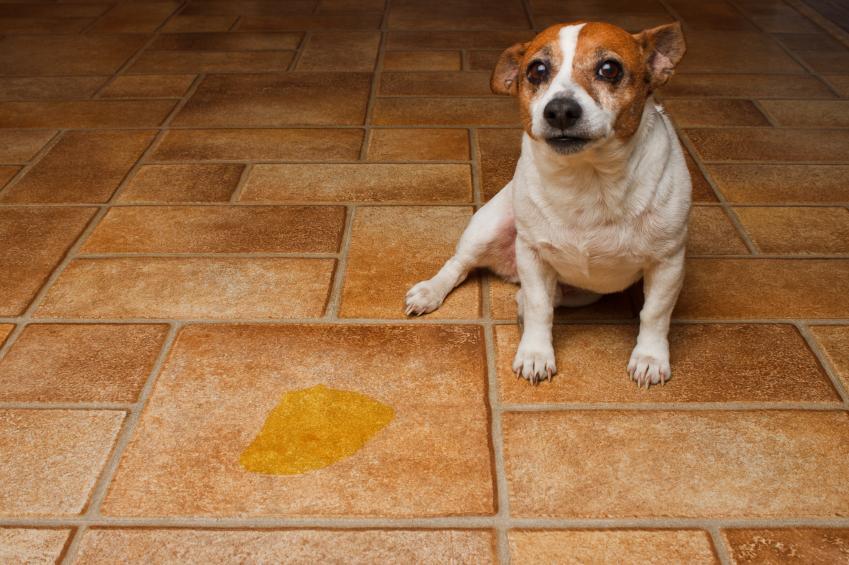 1 of 3
Why is My Dog So Excited When I Get Home?
Back to top