Why do Dogs Get Stuck when Mating?

Dog reproduction is a complex process that usually begins with the courtship. Both male and female emit signals to let the other know they are prepared for mating and consequent copulation. Once they have finished mating, we can observe that the male dismounts the female but the penis is inside of the vagina, with both dogs still together. It is at this point when we wonder why this happens and if we should separate them or, on the contrary, they do it naturally.

In this AnimalWised article we will respond to these and more questions, solving the cause that explains why dogs get stuck when mating, read on!

You may also be interested in: How to Get Dogs Unstuck After Mating
Contents

The reproductive system of the male dog

In order to understand why dogs get stuck when mating more easily, it is essential to do a brief review of the anatomy of the reproductive system of the male and the female. Thus, the dog's internal and external apparatus consists of the following parts:

The reproductive system of the female dog

As it is the case with the male genitals, the female dog's reproductive system consists of internal and external organs. It is the shape of these organs which lead to dogs getting stuck together after mating. Therefore we will briefly explain the function of each of part:

What causes dogs getting stuck together after mating?

Once penetration has been produced, the male tends to ‘dismount’ the female, but stays attached. The dog will likely turn around to face the opposite direction, but getting stuck means they can't go anywhere. This leads the guardians of both animals to wonder why the dogs have been stuck after mating and how to separate them. This happens because the dog's ejaculation occurs in three phases:

In total, the intercourse can last between 20 to 60 minutes, 30 being the usual average.

This way, once the three phases of the ejaculation of the male have been reviewed, we see how the copulation tie gives us the answer to the question why dogs get stuck when mating. The expansion of the penile bulb locks the male into the female. The size it becomes means it cannot pass through the vaginal vestibule, which closes precisely to ensure this fact and avoid damage to the female.

Should I break two dogs stuck together during mating?

If you have understood the above reason for dogs getting stuck together, you will know trying to break them apart is dangerous. The dog's female and male anatomy do not allow removal of the penis before the end of the dog's third ejaculation. If you separate them forcefully, both animals would be wounded and harmed. Not only would intercourse would not come to its end, but you could serious rupture their sexual organs. The animals need to carry out their natural mating process, allowing them a relaxed and comfortable atmosphere.

It is common to hear the female issue sounds similar to crying. It is possible she will growl and bark. However, even though we may want to spare her any pain, trying to break them apart after getting stuck can cause the dogs even greater pain. It is most advisable not to boost their stress levels and let them separate from each other naturally.

Once the intercourse has ended, if the eggs have been fertilized and the dog becomes pregnant, it will be necessary to provide her with the best level of care. To help provide said care, we recommend the following articles:

If you want to know more about dogs getting stuck together while mating, we have also created this video to help you better understand the process: 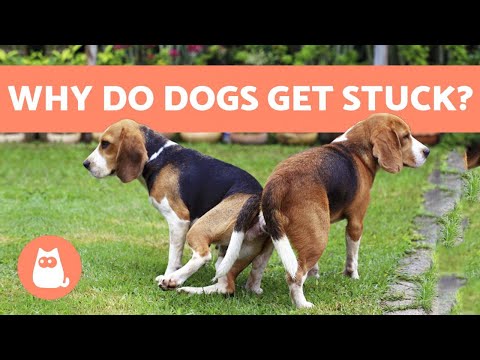 If you want to read similar articles to Why do Dogs Get Stuck when Mating?, we recommend you visit our Facts about the animal kingdom category.

Bibliography
Why Do Cats Make Noise when Mating? The Answer
Why do Cats Raise Their Tail When Being Petted?
Why is My Dog So Excited When I Get Home?
Why Does My Cat Meow When I Pet It?
Related categories
Endangered animals
Most read
1.
What Animal am I According to my Zodiac Sign?
2.
What Does It Mean When a Cat Shows Up at My Door
3.
10 Most Beautiful Animals in the World
4.
How Many Types of Lions Are There?
5.
The 10 Most Solitary Animals in the World
6.
10 Smells that Attract Cats
7.
Animals With Scales - Full List
8.
My Female Dog In Heat Won’t Accept A Male - Causes
Dolphin Mating and Reproduction
Why do Dogs Scratch the Ground?
When Do Dogs Start Lifting Their Legs to Pee?
Do Cats Come Back When They Run Away?
Why do Cats Meow?
When is a Cat an Adult and When do They Stop Growing?
Why Do Dogs Kick Their Back Legs When You Scratch Them?
Why Do Cats Sniff Each Other's Butts?

If she separated herself, she may have had to use excessive force. This could cause tissue damage, so it may be a good idea to take her to a veterinarian. However, it is also possible they didn't mate to the point they became stuck and, therefore, removed herself without problem. Regardless, you should not keep non-neutered dogs of the opposite sex together as they will likely want to mate with each other.
Rating:
Jopestkil Kenya pest
14/12/2019
Unexplainably complex.
David Stephenson
02/03/2019
Listen, this is the easiest thing to fix. The male dogs penis is anchored under the base of his tail. If you place your thumb and first finger either side of the base of his tail, you will feel the blood pulsing into the penis. Just slowly press and pinch your fingers down and firmly together and close off the blood supply. The male dog's penis will deflate and the dogs will immediately separate.﻿
Rating:
jacqueline
19/07/2018
Amazing to know this.

It's definitely an odd behavior when you come across it and not much less odd when you know what's happening!
Frdi
22/05/2018
That is how they were created and that is their nature
Mpho
11/04/2018
Quite interested what I've just read,have learned something on dogs that would make me curious to always watch them when they matting....
Shane
25/03/2018
This has finnaly answered my question of why dogs really get stuck together. I've always asked myself in the last but just knowing that the penis gets too big to pass wasn't enough of an answer. Because there's pretty much always a reason in the evolutions of animals and their behaviour.
I would still however, to know if the female dog DOES experience pain during the third ejaculation. As always it seems the female is in a lot of pain.
Also to learn that the female also has a clitoris, does that mean that the female senses pleasure too??
Would love to know the answers to those.

As with humans, dogs can experience some pain during sex, especially if it is the first time. Yelping is, however, normal and shouldn't cause concern, so it may seem they are in pain when they are not. It is natural and the ‘stuck together’ stage doesn't seem to cause any undue pain unless they are force apart. All mammal species exhibit a clitoris, but research on non-human subjects is relatively scant. We can see that it is possible they do have an orgasm as the contractions can aid insemination. Males masturbate for pleasure, so it is likely females will also sense pleasure to encourage procreation. Further research, however, is needed for conclusive proof. Hope this helps!
Why do Dogs Get Stuck when Mating? 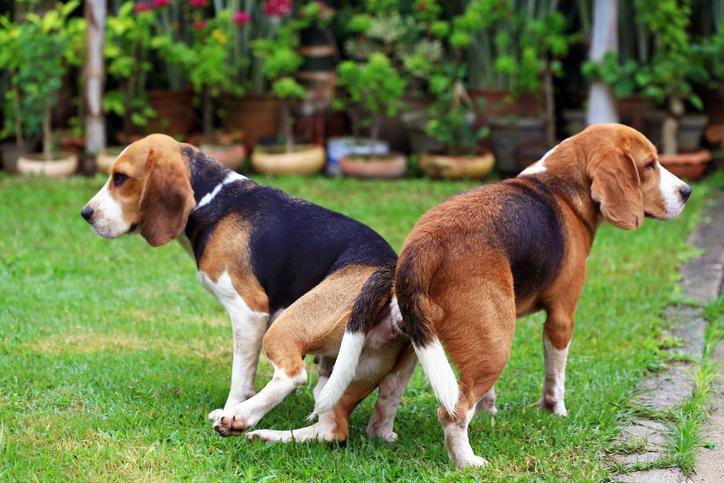 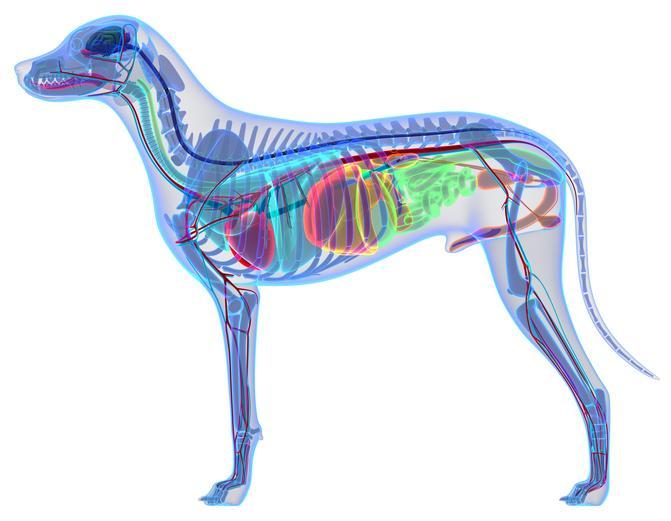 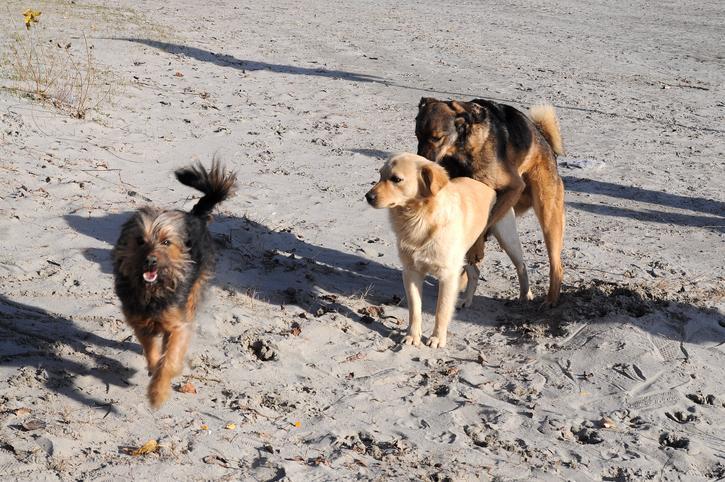 1 of 3
Why do Dogs Get Stuck when Mating?
Back to top