10 Exotic Birds In The Amazon Rainforest 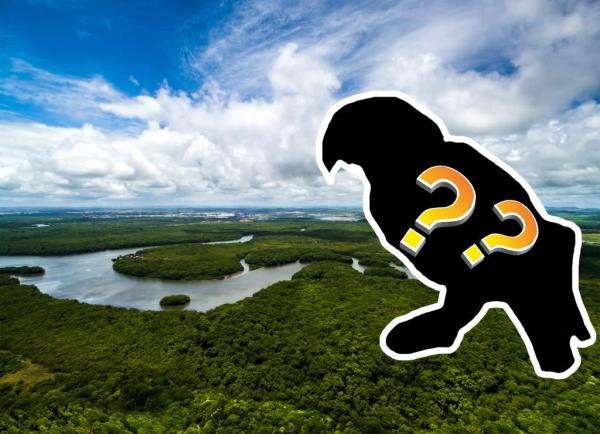 The Amazon rainforest is the largest tropical forest on the planet and is bound by the basin of the Amazon River and its tributaries. This jungle is comprised of a large area of South America and is distributed over nine countries, which includes: Brazil, Peru, Venezuela, Colombia, Bolivia, Ecuador, Suriname, Guyana and French Guiana.

The amazon rainforest is considered to be one of the most biodiverse places on earth and is listed as one of the seven natural wonders of the world. This is why in this AnimalWised article we have aimed to cover 10 exotic birds of the Amazing rainforest. We will be present you with their names, photographs and general information. Keep reading to find out more!

The hyacinth macaw, Anodorhynchus Hyacinthinus, is a bird which belongs to the parrot family. It is considered to be one of the most beautiful birds of the Amazon because of its intense blue color, covering its entire body. Its eyes and chin are lined with an intense yellow hue contrasting its plumage. It is mainly found in Brazil, Bolivia and Paraguay.

The macaw lives on the banks of tropical rivers and tree-heavy forests. It feeds on fruits, such as: mangoes, nuts and berries. Due to the deterioration and the practice of illegal trade for its plumage, these birds are unfortunately now considered endangered. They are protected by the Convention on International Trade In Endangered Species of Wild Fauna and Flaura.

The emerald chiribiquete, Chlorostilbon olivaresi, is a bird from the hummingbird family. It is found in areas near the Amazon River, specifically in southeastern Colombia, where it lives in the thickets vegetation. It has a short beak and its plumage is bright green, although at times can appear purple or blue.

It feeds on flowers and small insects, like wasps. Its has a very straight and fast flight movement which is characteristic of the hummingbird family. It is also considered one of the most beautiful birds of the amazon jungle.

The cocks-of-the-rocks, Rupicola peruviana, is one of the most striking and beautiful birds of the Amazon jungle. This is thanks to its fluorescent plumage. The plumage of a male has a luminous orange tone and, the females appear as more opaque with muted tones. Due to its morphology it is considered one of the most physically strange birds of the amazon. Take a look at the picture below and see for yourself!

The Castelnau's antshrike or Thamnophilus Cryptoleucus, is a small black bird that can be spotted near the Amazon River. It is mainly found in Ecuador and Peru specifically in areas where the forest is under-grown and leafy. Males differ from females due to the color of their plumage. Males present black plumage with white lines on their wings while the females are completely black.

The scarlet macaw, Ara macao, is considered one of the most beautiful and popular birds from the amazon. It is characterized by its: scarlet red plumage and an integration of blue, yellow and green tones in the lower part of its wings.

You can spot this macaw, often in large groups, in the Amazon river basin. This bird, once partnered, stays with their partner for the rest of their lives. It is one of the largest parrots in the world, and can be measured to as long as 33 inches. This beautiful bird is increasingly threatened by habitat loss, due to human-driven destruction of the rainforest, as well as pet trading.

The Crimson topaz, Topaza pella, is a bird which belongs to the Trochilidae family. It has striking colors and two feathers that protrude ten centimeters from its tail. The males present purple and reddish plumage in areas such as their chests and back. They have a yellow-colored plumage-covered throat. The females have a similar appearance, however, their colors are considered more opaque and muddy-looking. These birds are commonly found in: Colombia, Brazil, Venezuela and the French Guiana. They live in both tropical or subtropical lands.

The Black-banded woodcreeper, Dendrocolaptes picumnus, is a type of woodpecker that measures between 25 and 28 centimeters. Its plumage appears brown on its wings, back and head, while it has a yellowish beige-colored chest. Its has a very straight beak, allowing it to feed on hidden larvae and insects that are found in tree holes. This bird is found in the Amazon basin and in both tropical or subtropical humid forests.

The Spectacled owl, Pulsatrix perspicillata, belongs to the Stringidae family of nocturnal game birds. This owl has an incredibly interesting tonality which circles its eyes. This yellowish tonality paralleling the feathered patterns around its eyes makes it look like it's wearing glasses! This bird feeds on: large insects, bats, medium-sized birds and frogs. It is a nocturnal animal that rests in dense vegetated areas during the day.

The Para oropendola, Psarocolius bifasciatus, is a very interesting bird. This is specifically because of the way that it makes its nests, which can sometimes measure up to 180 centimeters long, hanging of tree branches. The para oropendola is considered to be one of the most unique birds of the Amazon.

It has a green chest and back, with brown-toned wings and a brownish-yellow tail. It lives in the humid clear-treed forests of: Brazil, Colombia, Peru and Venezuela.

The king vulture, Sarcoramphus papa, may be one of the most exotic and striking birds in the world, due to its variety of colors. It is a scavenger bird. Its body is black and white, while its head is covered in areas of red, yellow, black and sometimes even purple spots.

It feeds on all kinds of corpses found in the jungle. It locates these corpses through its extraordinary sense of vision and smell. This bird can be found in; savannas, meadows and tropical forests in almost all of South America.

If you want to read similar articles to 10 Exotic Birds In The Amazon Rainforest, we recommend you visit our Facts about the animal kingdom category.

10 Exotic Birds In The Amazon Rainforest 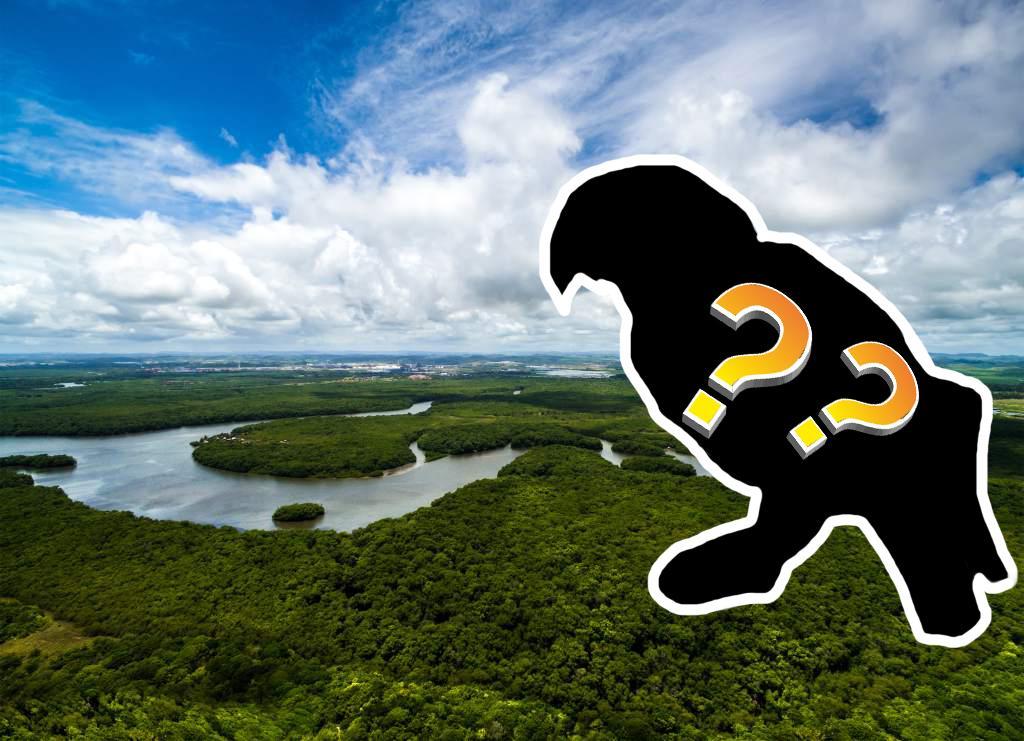 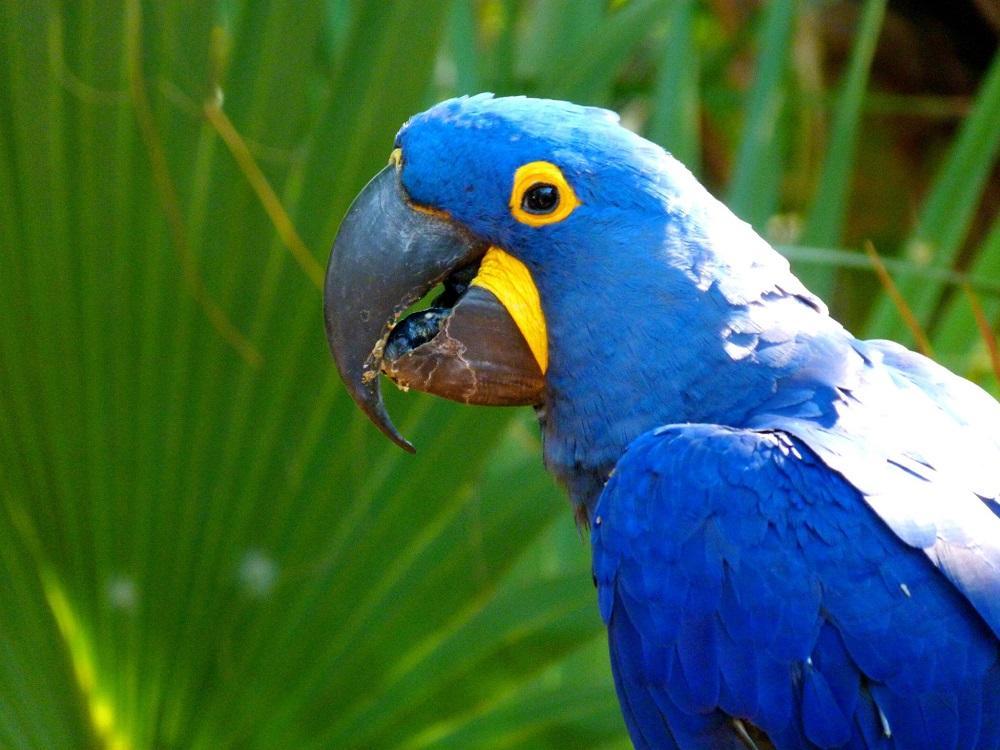 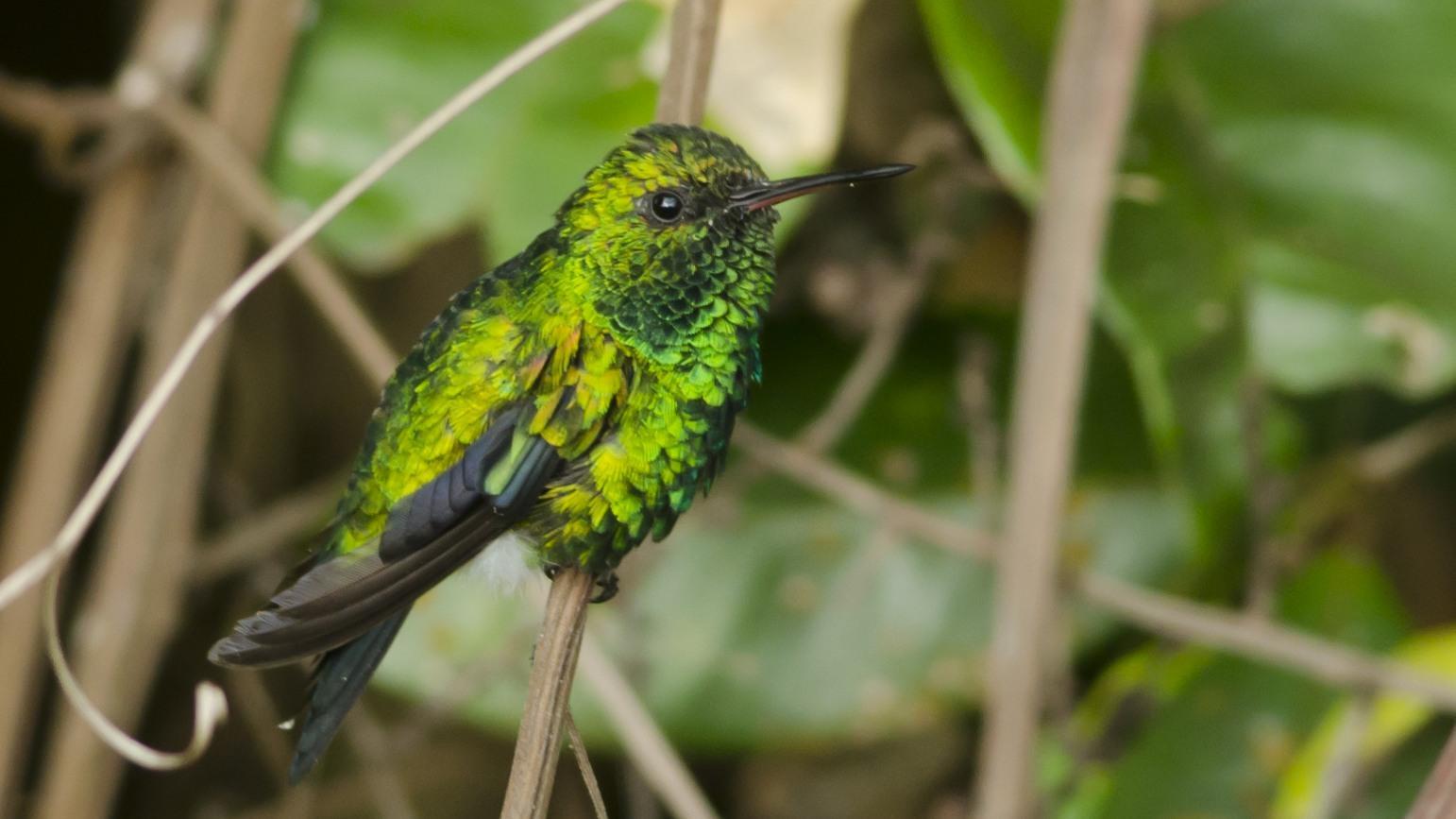 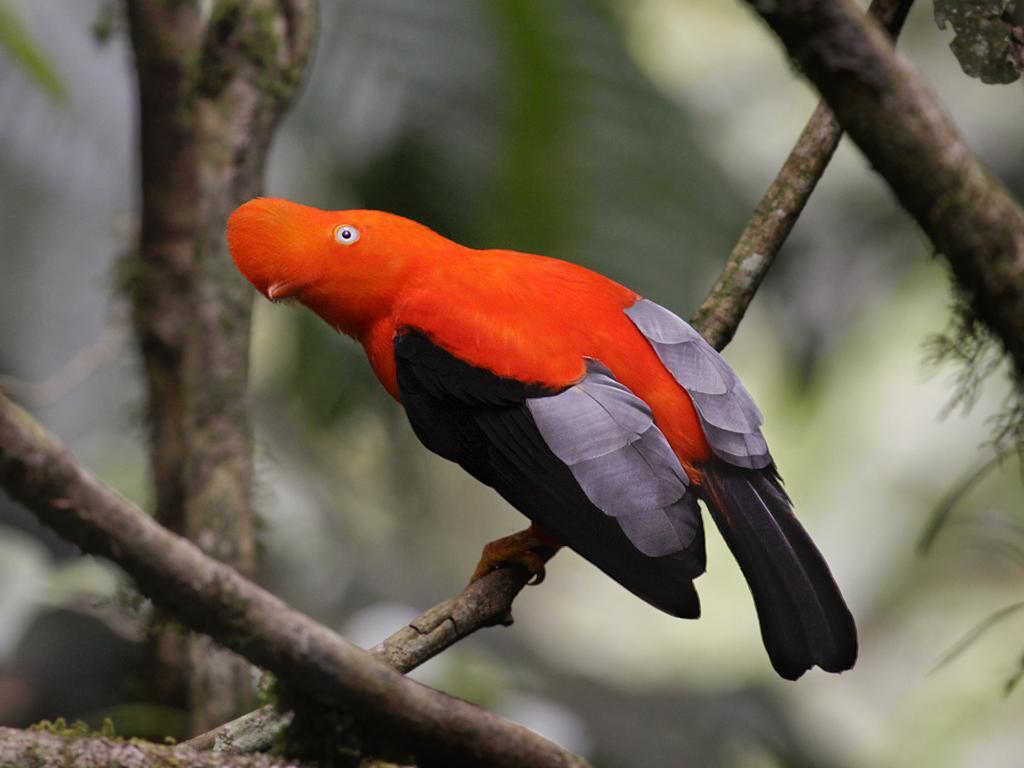 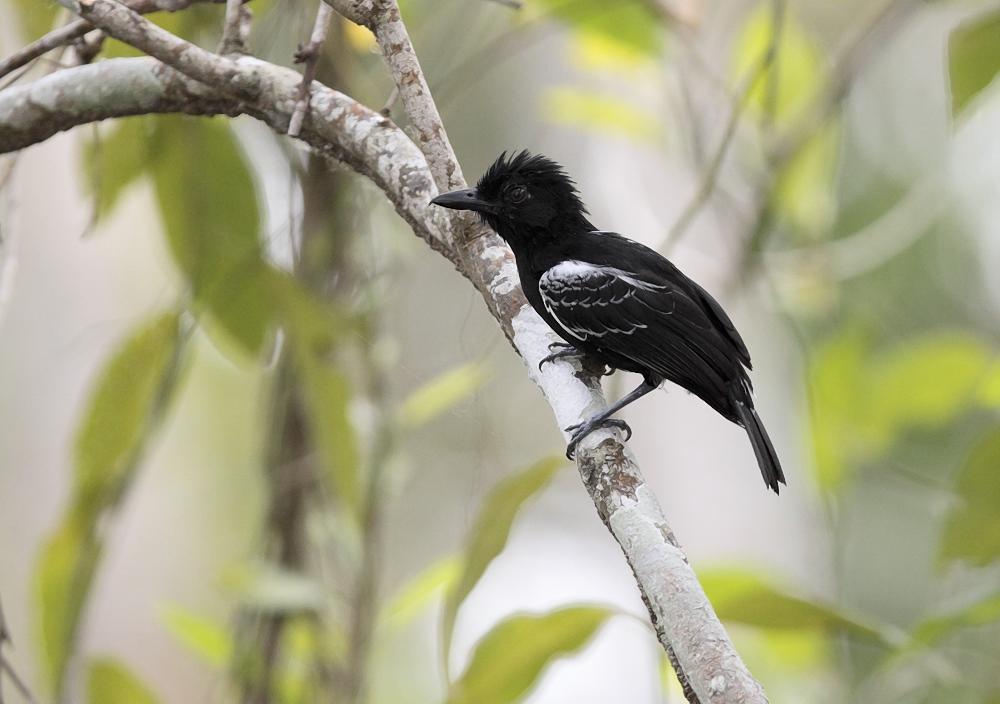 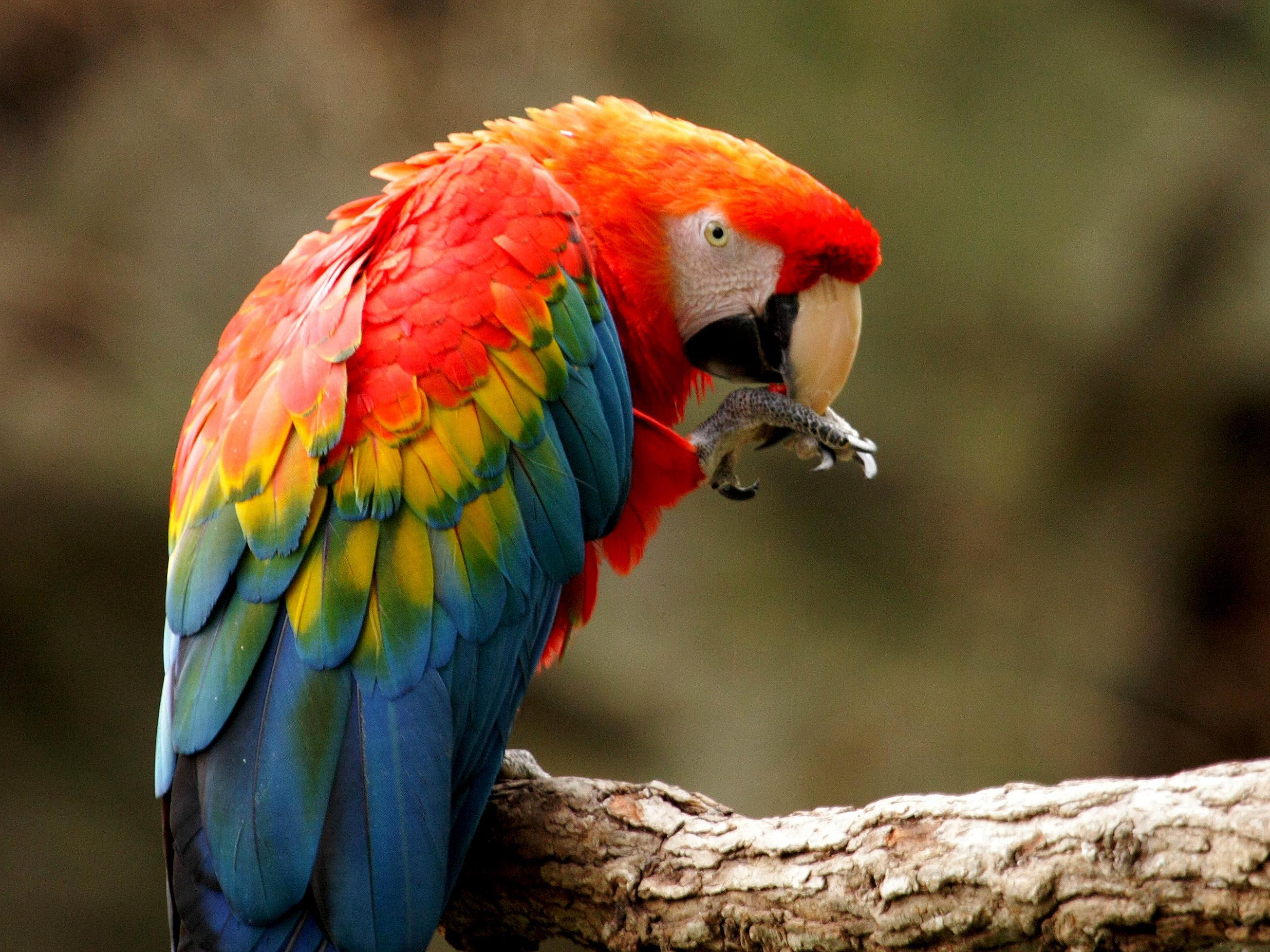 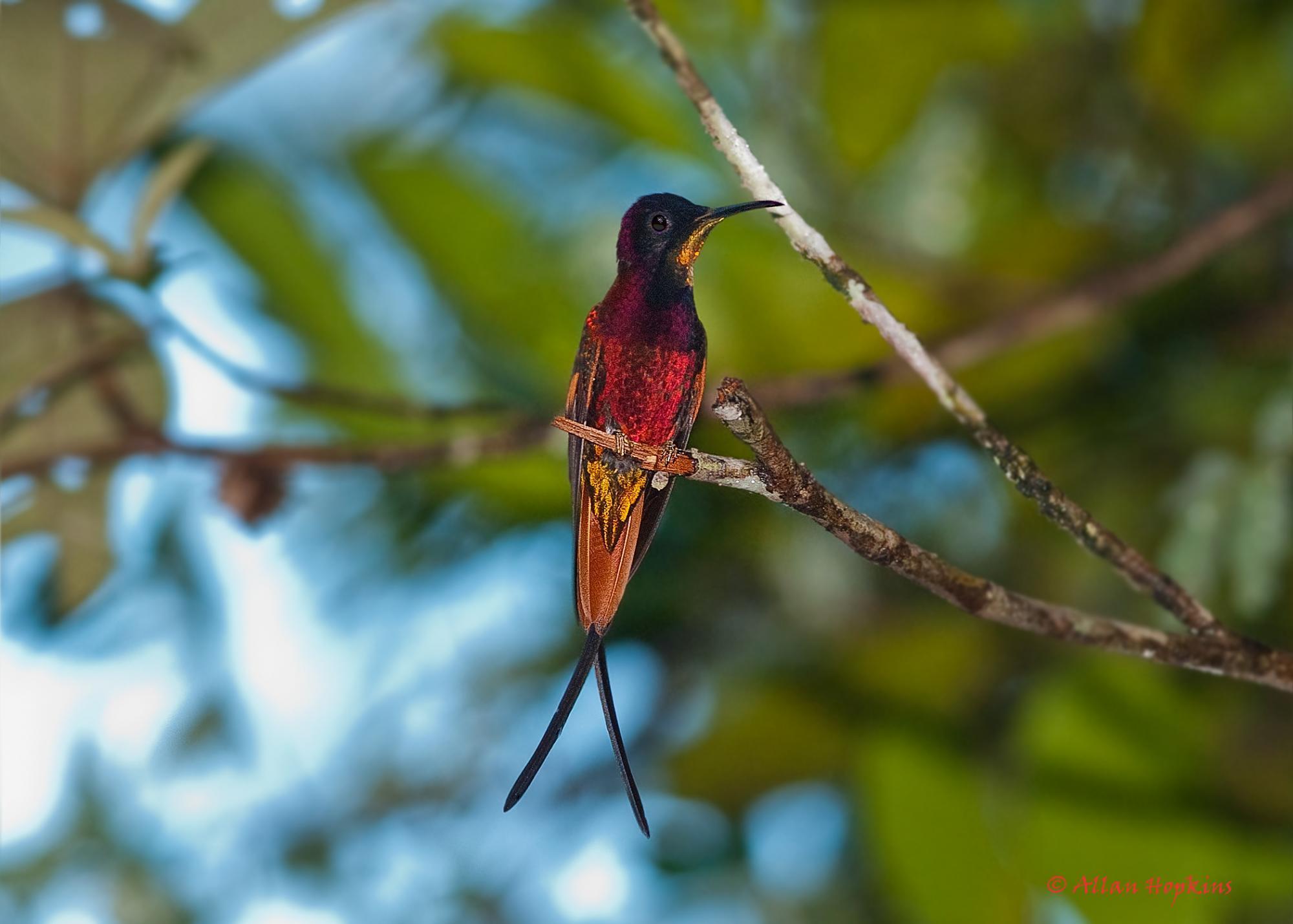 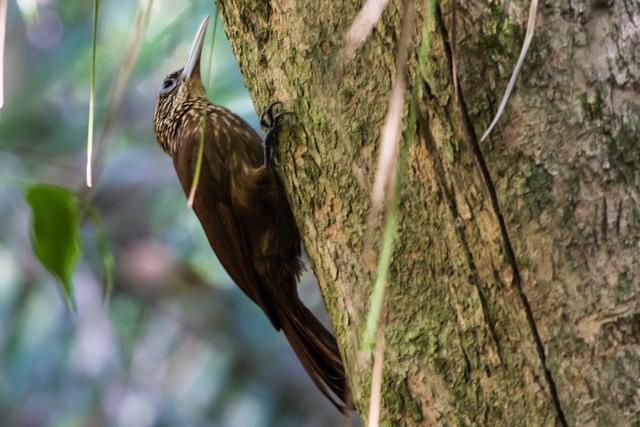 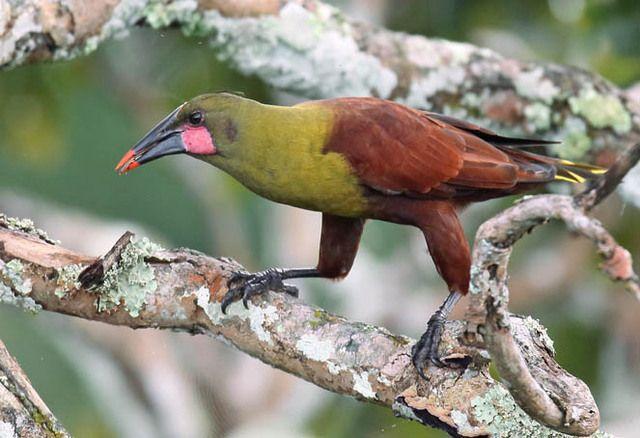 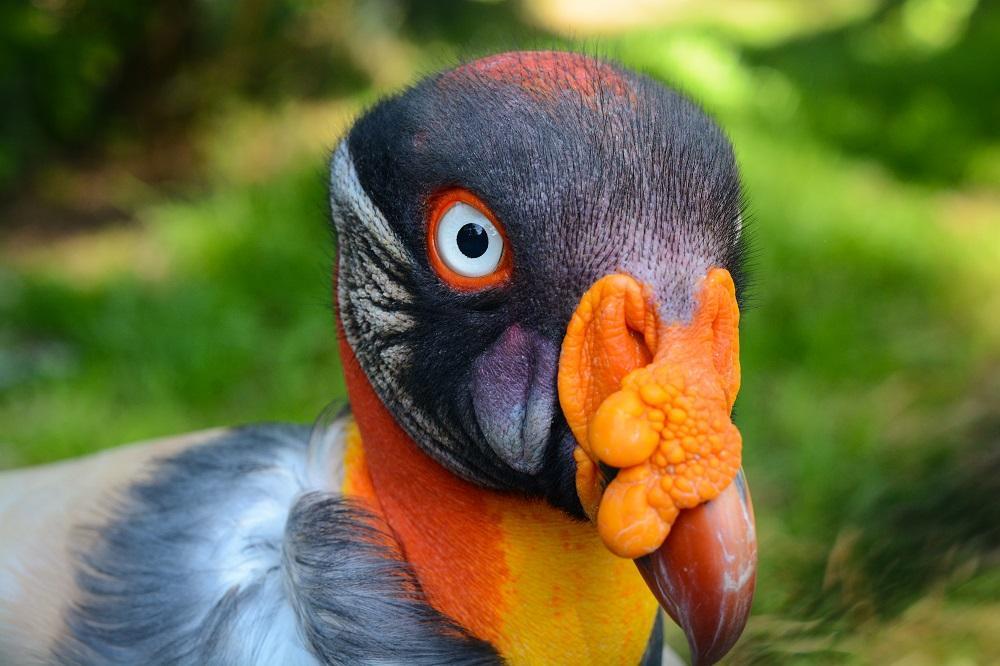