By Ana Diaz Maqueda, Biologist specialized in ethology. May 7, 2019 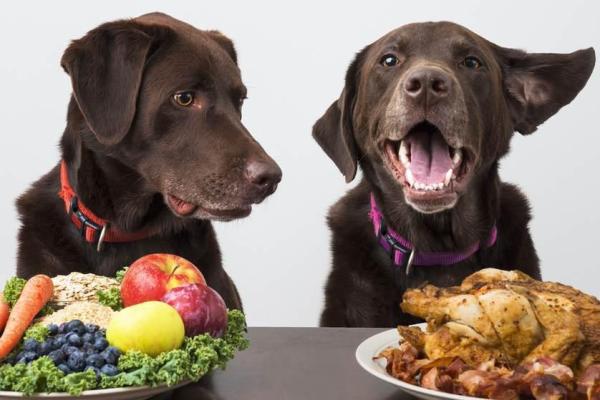 To ask the question ‘are dogs carnivores or omnivores?’ implies there is some confusion over the answer. This implication is correct. The debate involves many parties, including the commercial pet food industry, veterinarians, zoologists and pet owners. If we have adopted a dog into out family, we will know that they will eat almost anything. It doesn't even have to be something organic. Although a dog will eat almost anything, this doesn't mean they get their nutrition from almost anything. To know what type of diet a dog requires, we need to look into their nutritional needs.

Dogs are carnivores, but this is somewhat of a simplification. By looking into the dietary requirements of canines, we show you why so many people are confused about the issue. We also show you the composition of dog food which can best benefit their health and well-being.

You may also be interested in: What Are the Best Treats for Dogs?
Contents

Differences between omnivorous and carnivorous animals

From a morphological (body shape) and physiological point of view, the differences between carnivore and omnivores have to do with their gastrointestinal tract. This doesn't simply mean the inner organs, but also includes the mouth and anything else which affects digestion and metabolism.

Carnivorous animals have sharp teeth which are used to tear animal flesh. They do not necessarily need to chew very much, usually just enough so it can pass through the esophagus and the rest of the gastrointestinal system. When they eat, carnivores usually position themselves with their heads down to help the passage of food. Another common feature of carnivores is the presence of claws. These are used to both hunt prey and aids the removal of meat from bones.

The reason we point these facets out is their contrast with herbivorous animals such as ungulates. These animals often have hooves or feet which are better for evading predators, rather than attacking prey. Additionally, they usually stretch their neck to reach vegetation (whether above or below), but chew with their heads upright.

Omnivorous animals have flat molars which favor chewing. Whether the animal has canine teeth (fang like teeth named after those of a dog) does not confirm or deny their status as an omnivore. Their ancestors may have used canines to defend themselves against predators or were previously carnivores at a different evolutionary stage.

Some characteristics of carnivores include:

What do dogs eat?

In most homes with a dog, they are fed with a commercial feed. These are products which are designed to provide complete and balanced nutrition for the dog. These feeds vary in formulation, usually according to their age, size, breed or even health requirements. The regulation of the commercial dog food market is not as strict as it is for humans. Recently there are more products which appear to be using more organic content, usually appealing to a more affluent clientele.

If we pay attention and look at the nutritional labels of commercial dog food products, we will see that most have a high concentration of carbohydrates. This gives the impression that carbohydrates are necessary for a dog's nutrition. This is misleading. While dogs may need some carbohydrates, they do not need it in such high concentration. Commercial dog food contains high levels because the companies which manufacture them can save money. By adding relatively cheap carbohydrates, they can provide more food at less cost without causing health problems for the dog.

The practice of using high carbohydrate feed means a dog will not often get an optimum diet, even if it isn't doing them specific harm. For this reason, many people are looking to alternative diets for dogs. This could involve making your own homemade dog food or even using a raw food diet (also known as the BARF diet).

There are no doubts over whether a cat is a carnivore or omnivore. Cats are obligate carnivores, meaning they need to eat a majority of meat. However, commercial cat feed also often contains carbohydrates. Even more than dogs, a quality diet for cats will be mostly protein and fat. They can be enriched with some plant materials, but they will likely need extra nutrition, e.g. added taurine.

Dogs are facultative carnivores. This means that they have all the characteristics which define carnivores, both anatomically and physiologically, yet also eat other foodstuffs. Not only do dogs eat non-animal based food, but they have the faculty to process and assimilate nutrients such as those found in cereals, legumes or fruit. This is opposed to obligate carnivores like cats which cannot do this to the same extent.

The length of a dog's intestine is relatively short, somewhere between 1.8 and 4.8 meters. The length depends on the size and breed of the dog, but permeability and balance of microflora should also be taken into account. Human beings are omnivorous and they can be used to help us to distinguish between carnivorous and omnivorous animals. Humans have a an intestine which is between 5 and 7 meters long. Even with their large overall size, this is proportionally much longer. If you compare a dog's teeth with those of a human, you will see that their canine teeth are significantly longer and sharper.

As we stated earlier, carnivorous animals have different intestinal flora than herbivorous or omnivorous animals. This intestinal flora, among other functions, helps to metabolize certain nutrients such as carbohydrates. In dogs, the metabolism of carbohydrates is poor, although it will vary according to breed. Some breeds and individual dogs are better able to assimilate the ingredients than others.

The brain mainly used glucose to function. Dogs do not need as much carbohydrate because they have alternative metabolic pathways to convert proteins into glucose. So, if a dog is not an omnivore, why can they assimilate some plant material?

To know why some refer to dogs as omnivores, we need to look a little closer at the concept of epigenetics. Epigenetics, in its basic definition, refers to to influence of a living being's environment on their genetic makeup[1]. A clear example can be seen in the reproduction of seas turtles. Their offspring are born as either male or female dependent on the temperature at which they develop.

During the domestication process of previously wild dogs, the factors of its environment can cause changes in the synthesis of enzymes responsible for their digestion. This is likely to be due to dogs surviving on a diet at least partly supplemented by their human guardians. This diet would likely have included non-animal food scraps. The reason why dogs can nowadays assimilate non-animal protein is believed to be due to this extended process.

Why is there confusion over whether a dog is a carnivore?

The debate over whether a dog is a carnivore or an omnivore is largely due to definition. Since dogs can eat non-meat based products, some claim this makes them an omnivore. Part of this belief is because there is no clearly defined ratio of meat to plant matter required for a healthy diet. In dogs, however, it is known they require certain nutrients from animal meat to metabolize properly. These include vitamin D and taurine.

Some believe it is fine to feed dogs vegetarian or even vegan diets. This is not recommended due to the nutritional requirement they need from meat. It is theoretically possible if their feed is supplement with certain nutrients, but it can be a difficult balance to strike and there is a fear the dog will become nutritionally deficient. If you do want to consider alternative diets for dogs, you should speak to a qualified veterinarian.

If you want to read similar articles to Are Dogs Carnivores or Omnivores? - Complete Answer, we recommend you visit our Healthy diets category.

Bibliography
What Are Seed Predators? Granivorous Birds and their Diets
What Does a Pig Eat? - Complete Guide to a Pig's Diet
What Fruits and Vegetables are Good for Guinea Pigs? Complete List
Do Cats Need Wet Food or Is Dry Cat Food Enough?
Related categories
Diets to lose weightDiets to gain weightDiet problemsLactationHomemade diets
Most read
1.
Why Does My Dog Only Eat Once a Day?
2.
What is the Best Diet for a German Shepherd Puppy?
3.
Tortoise Food List - What They Can and Can't Eat
4.
How Much Food Should You Give Your Dog?
5.
Mother Cat is Not Producing Milk
6.
Forbidden Food for Parrots
7.
How Much Food Should I Feed My Cat?
8.
How to Cook Chicken for Cats
Wood Eating Bugs - Insects That Eat Wood
Are Treats for Dogs Good?
Are Probiotics for Cats Safe?
What Food Do Snails Eat?
The Best Food for Pugs - Portion Sizes for Puppy and Adult Dogs
What Foxes Eat - Diet of Foxes by Species
What do Pigeons Eat? - Pigeon And Dove diet
What Do House Spiders Eat? 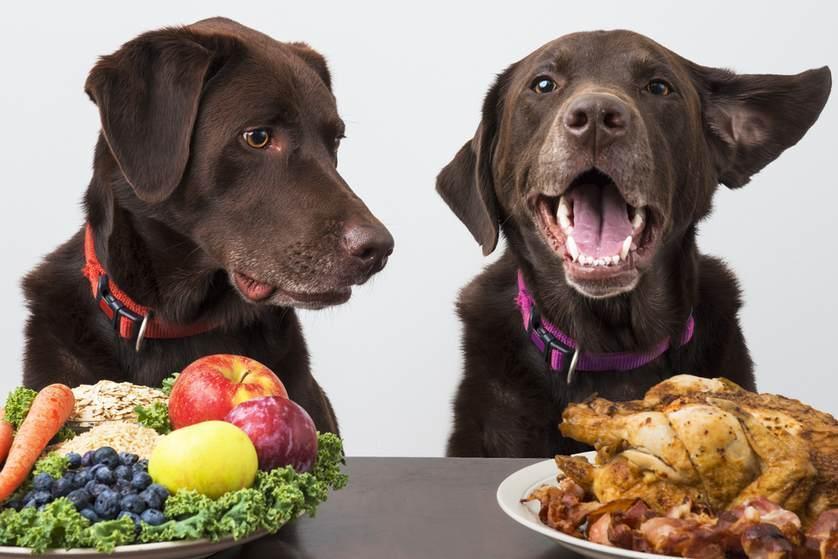 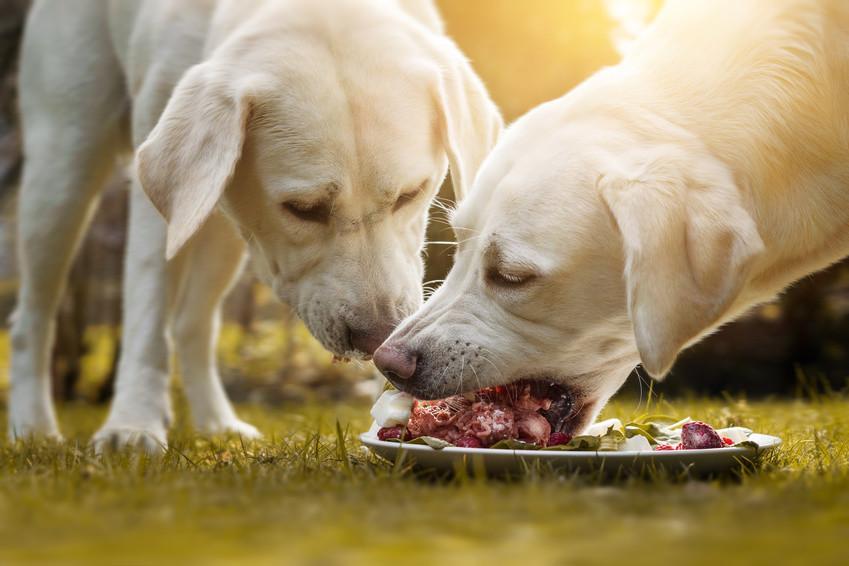 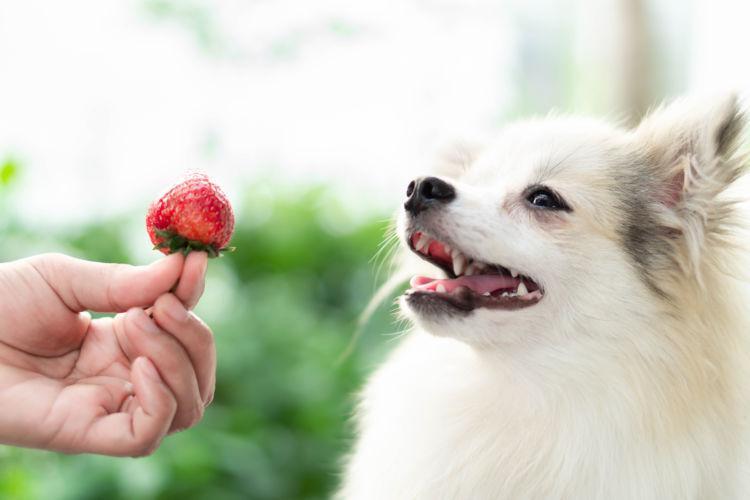 1 of 3
Are Dogs Carnivores or Omnivores? - Complete Answer
Back to top